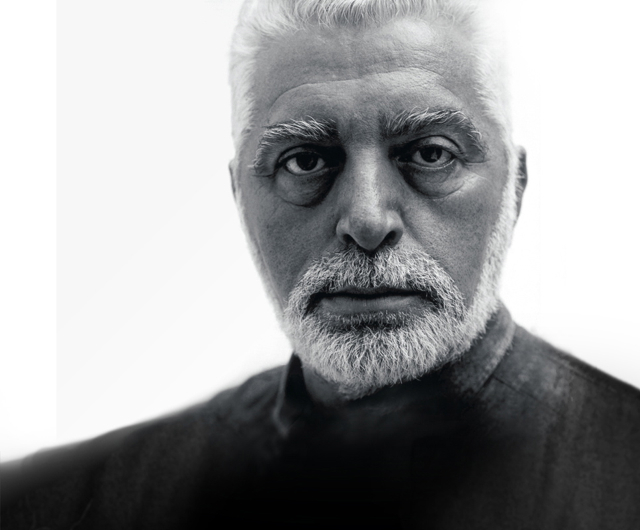 Paco Rabanne revolutionised perfume, too, shaking up the scent world with his daring debut fragrance, Calandre (which is still available today). As perfumer Marcel Carles recalls, it had the most evocative – and racy – brief : ‘Imagine it’s spring. A rich young man arrives in his E-type Jaguar to pick up his girlfriend. Imagine the scent of fast air, speed and leather seats. He takes the girl for a ride along the seaside. He stops in a forest. There he makes love to her on the bonnet of his car.’ (Why Calandre, meanwhile? It’s French for a car’s radiator grille, and the bottle – designed by Pierre Dinand – was innovative, too: encased in metal, with a high-tech look that was 20 years ahead of its time.) 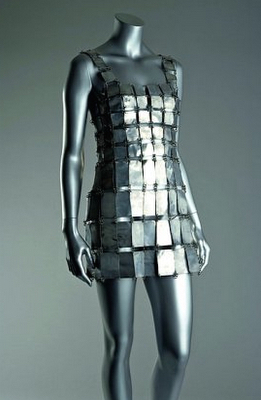 Fast-forward to the 21st Century – and Paco Rabanne is still making waves in perfumery – with fragrances that have captured hearts, and become global blockbusters. Most notably, Lady Million, with its faceted –and yes, metal-capped – bottle. (This time, the metal is gold.) As a result, even though Paco Rabanne himself retired gracefully from fashion in 1999, his name’s still on the lips of perfume-lovers all over the world.

A bit of history: Paco Rabanne was born Francisco Rabaneda y Cuervo in 1934, in Pasaïa, in the Basque country of Spain. His mother, a head seamstress at the Spanish couture house of Balenciaga, fled the Spanish Civil War for France, in 1939. ‘Spanish at heart and French by adoption,’ his biography says, ‘Francisco Rabaneda would now be known as Paco Rabanne‘. After studying architecture at the École Nationale Supérieure des Beaux-Arts in Paris (which nurtured a deep love of the art world), Rabanne began designing costume jewellery for the greatest couture houses of the day: Nina Ricci, Pierre Cardin, Balenciaga, Courrèges, Givenchy and more… 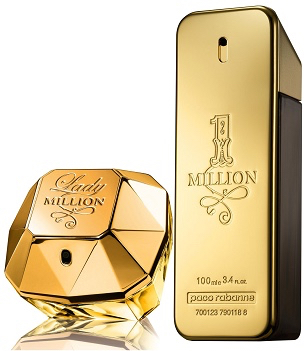 But in 1966 he created a storm in the fashion world with his debut collection: ’12 Unwearable Dresses in Contemporary Materials’. It turned fashion on its head, put him on the map – and what’s even more extraordinary is that many of those dresses still look utterly contemporary.

If those dresses were ‘unwearable’, though, his fragrances are anything but: Paco Rabanne‘s signature has always been to take the unconventional and create a classic. ‘I like my fragrances to be fresh first, then structured, full of vibrations and contrasts,’ says Paco Rabanne. Echoing that philosophy, the recent scents from this avant-garde designer name are incredibly widely worn.

We know you’ll have smelled the Lady Million collection, with a gold-capped bottle as multi-faceted as the fresh woody floral itself: voluptuous, sensual, addictive, with its nectarous notes of white flowers, underpinned by patchouli and honey, and now available in a more intense version – offering a 20% concentration of the perfume extraits, in the Lady Million Absolutely Gold Parfum version. For men, Lady Million’s counterpart is the audacious, multi-faceted blockbuster 1 Million. 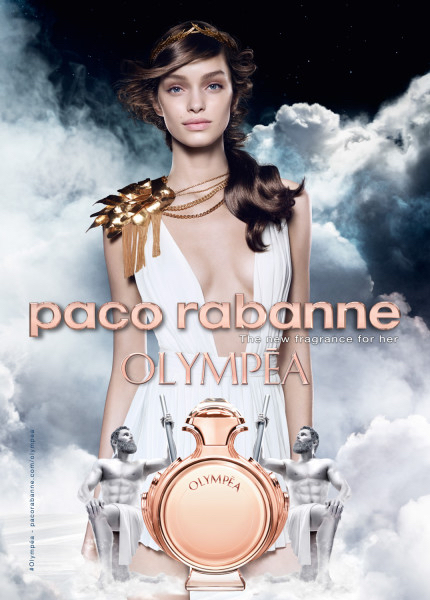 Sniff out, too, the Black XS collection, embodying ‘rock and excess’, for every woman’s inner rock star. (And take a little time at the fragrance counter to discover for yourself why Calandre became such an iconic scent – and enjoy its utter timelessness…)

Launched more recently, Paco Rabanne Olympéa and Invictus tap into Greek Mythology for their striking imagery (left), with equally eye-catching flacons. As Escentual‘s blog notes: ‘Olympéa is a fragrance not of this world, blending unexpected and powerful notes in a masterful way to convey the idea of a modern-day Aphrodite. Jasmine becomes aquatic, having never touched soil. The comforting creaminess of vanilla is salted to make mouths water. I thought I had an idea of what Olympéa might smell like before I sampled it for the first time, but I was completely side-swiped by its hypnotic notes. Put this one on your to-try list…’

And Invictus? As Candy Perfume Boy writes, again on Escentual: ‘Invictus opens bracing and fresh, yes. However this zingy quality is attributed to an accord of grapefruit, spice and metal. The metallic tones bring an unusual piquancy to the citrus and spice, creating an intensely invigorating effect akin to taking a lap of victory. The exhilarating start quickly subsides in to a heart of warm herbs and patchouli. In the base things get even warmer with salty ambergris, spiky woods and a touch of amber. Hints of metal and grapefruit continue throughout and ensure that even at its very warmest Invictus is still lively and ready to play.’

In 2010 Paco Rabanne was decorated with the Legion d’Honneur by France’s culture minister, an acknowledgment of his work as a visionary designer and innovative originator in the world of fashion. We’d rather like to give him an award for services to perfume, too…