Ostens are ‘ripping up the rule book’ and ‘lifting the veil’ of the fragrance world – drawing a direct line from top-quality ingredient suppliers, the world’s best noses, seducing perfume-lovers who crave purity and integrity. The result? A true celebration of the raw ingredients… 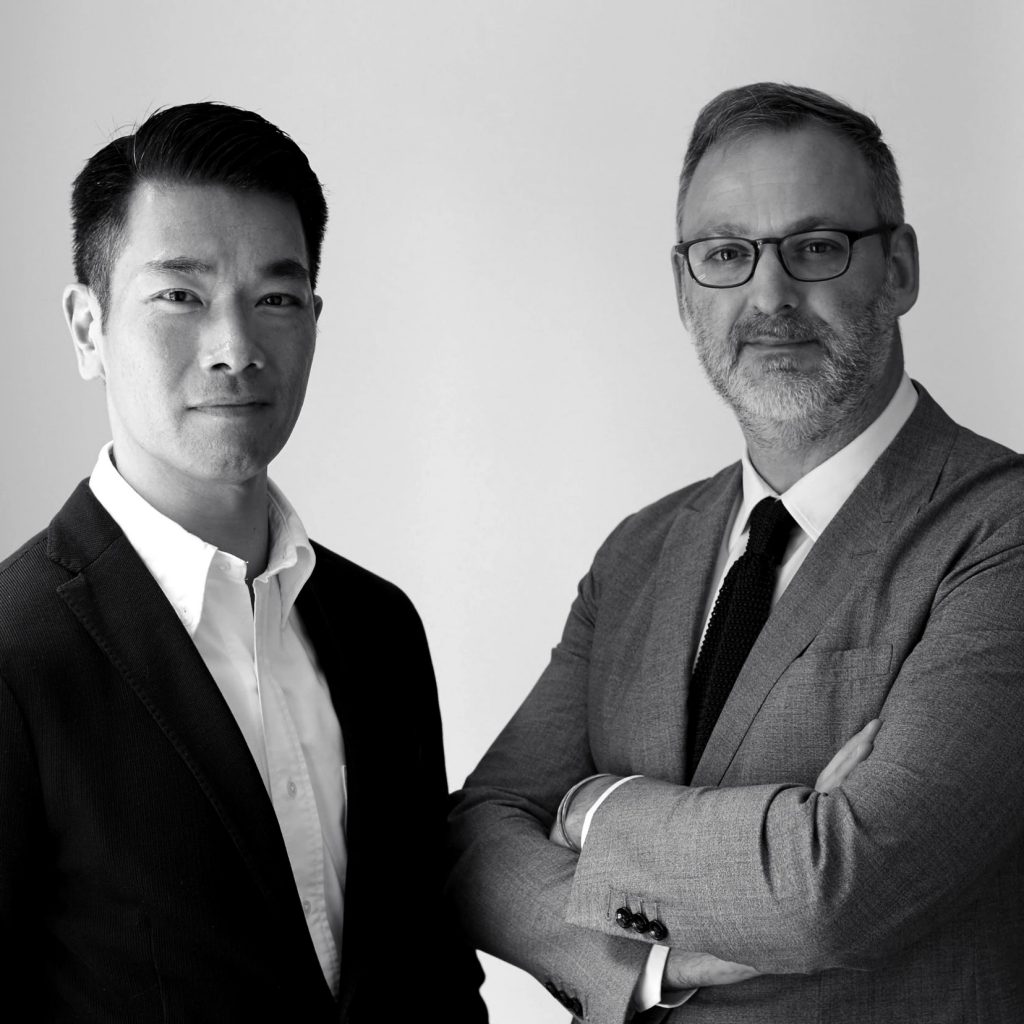 Friends and business partners Christopher Yu and Laurent Delafon have been in the fragrance industry for over 20 years, working alongside such notable names as Francis Kurkdjian, Olivier Polge, Lyn Harris, Sophie Labbé and Dominique Ropion. They’d first met via a chance encounter in the Liberty perfumery. Laurent had a role in perfume distribution for Diptyque. Chris, though a self-confessed ‘fragrance nut’, was then ‘in computers.’ They got chatting, and not long after that meeting, they took the plunge to go into business together, founding United Perfumes, where Christopher took on the role as Managing Director, and Laurent became the CEO.

As a prestigious fragrance distribution and development company, they were granted unrivalled access to the finest ingredients and perfumers in the world. But it was during a business trip to the capital of perfumery, Grasse in France, that a particularly memorable dinner with their mutual friend, Fragonard’s Agnès Costa, sowed the seeds of starting their own fragrance brand. Seated around the table, perfumers and industry-insiders all shared stories and enthusiasm, and talk turned to LMR Naturals: Laboratoire Monique Rémy. A name all ‘noses’ knew, for sure, but which hardly anyone else outside the industry knew about.

‘We loved the sort of secrecy about them, this idea that nobody outside the perfume world knew about LMR Naturals,’ Christopher confesses. They travelled the next morning to meet Bertrand de Preville (now LMR’s General Manager) who introduced them to materials extracted using the latest technologies, taking stalwarts of the perfumer’s palette to dizzying new heights. 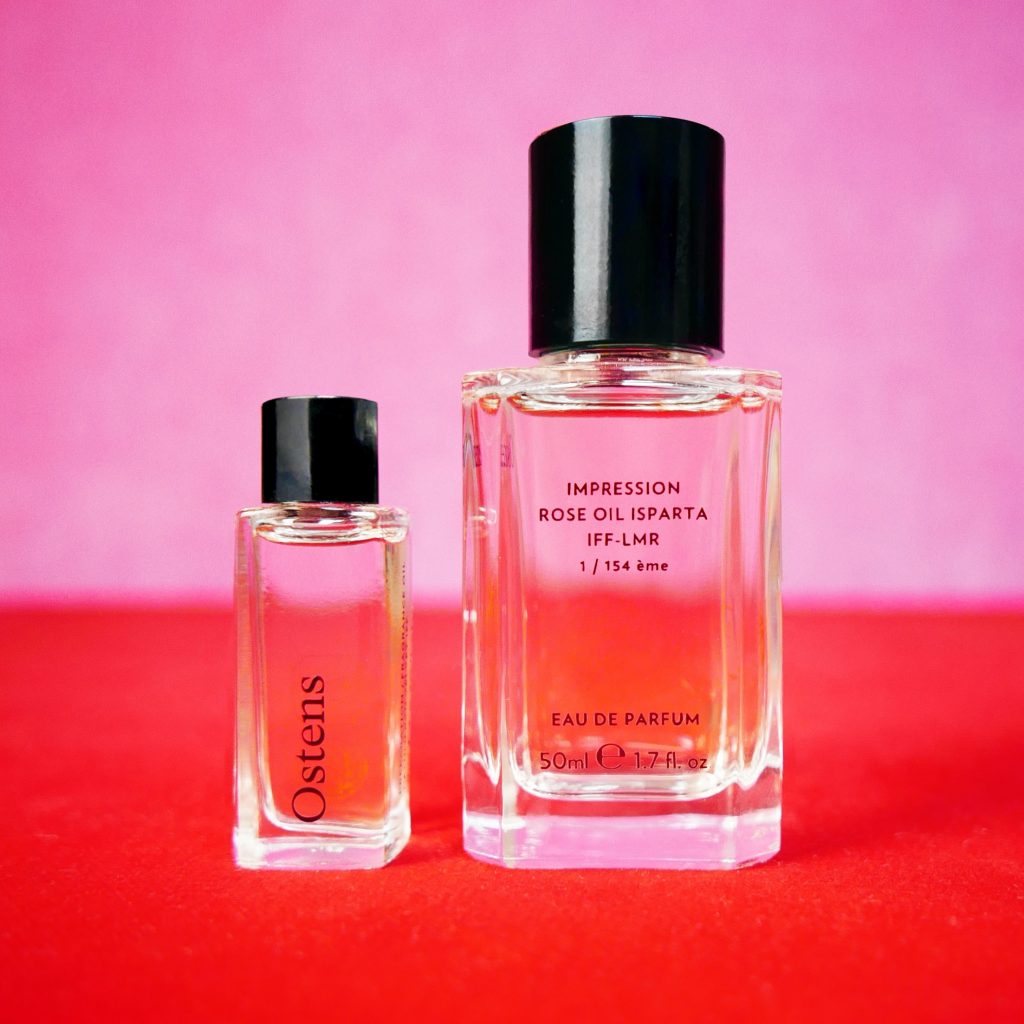 Together they smelled the most incredible new extractions of ‘…vetiver, rose, patchouli and more. We realised that if we loved those smells, then there were surely other people who’d feel the same way.’ But it had to remain on the backburner from some years – a scented hobby project without a name. ‘Having previously worked with Diptyque, we were busy building Fornasetti, Trudon and other brands,’ explains Laurent. ‘We share an office and at the end of the day, we’d pull out the box of LMR Naturals and start smelling. And it really didn’t feel like work.’

The journey from the seedling of an idea to a fully bloomed bottle of perfume is a long and arduous one, but with such passion propelling them, Chris and Laurent have remained excited and enthused at every step. The fragrances are found in two forms: for each hero ingredient, there is a fragrance ‘Preparation Oil’ and an eaux de parfum ‘Impression.’ Ostens use the term ‘Impressions’, because each fragrance takes an LMR ‘hero ingredient’ as the creative jumping off point – cedarwood, patchouli heart, rose Isparta, jasmine absolute and Cashmeran Velvet. And while sometimes that ingredient is the central focus, in others ‘it is more akin to a spice, used sparingly yet dramatically,’ explains Chris. 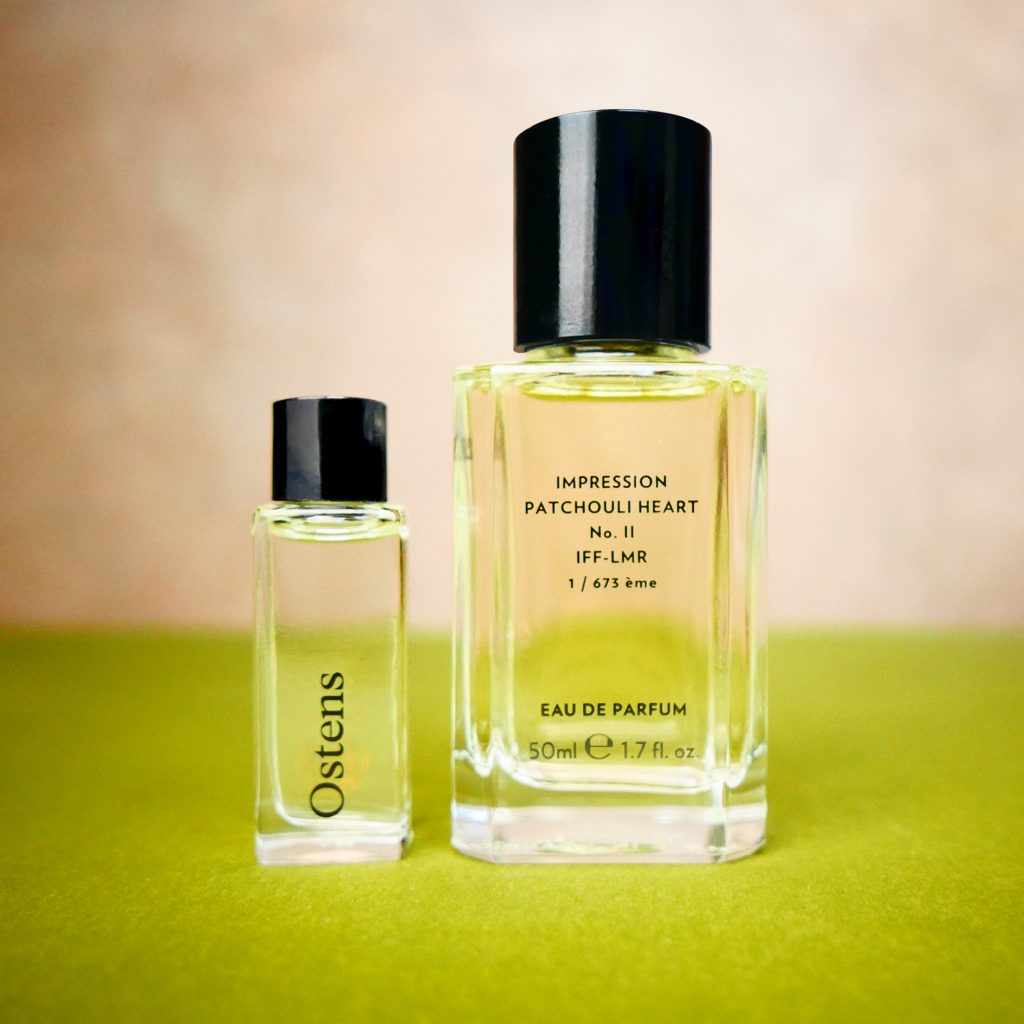 Working on them got the world’s greatest perfumers excited, too, among them Dominique Ropion, Sophie Labbé, Bruno Jovanovic, Domitille Michalon-Berthier and Alexis Dadier. ‘Probably the best moment was sitting with Dominique Ropion,’ Chris grins, ‘and having him show us samples of what became Rose Impression, saying: ‘Well, I’ve created the scent, but it’s too expensive – so I’ve done another version which is within budget.’

We were sitting there smelling the blotters, and looked at each other… And we asked which was which. Almost inevitably, Dominique confirmed that the rose we loved was the expensive one. But quality and beauty don’t lie. When we told him we wanted to go with the expensive one, this grin of glee spread across his face – and Dominique Ropion isn’t a man who smiles often.’

We know you’re going to smile when you smell the Ostens fragrances, and urge you to try both the Preparation Oils and eaux de parfum if you can – to truly understand why Chris and Laurent, the perfumers and everyone we know who’s sniffed them so far, are equally excited about these truly remarkable fragrances…