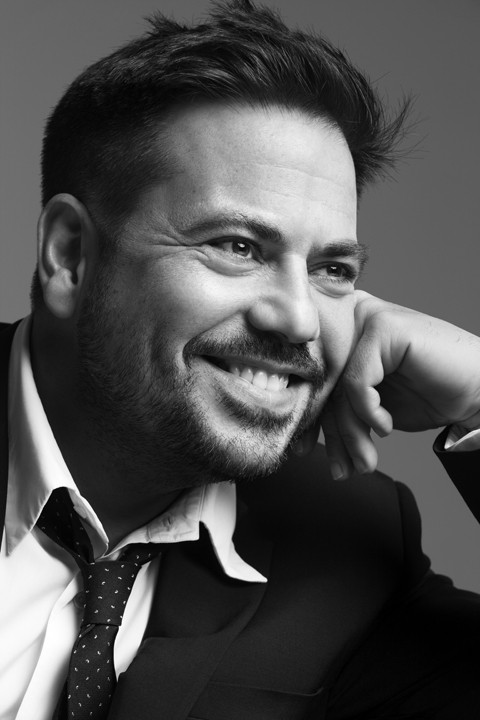 ‘Femininity is a balance of self-knowledge, strength of character, confidence, intellect – along with grace and beauty, emotional intelligence, intuition and vulnerability.’ We’ve rarely heard the word so perfectly summed up as by Narciso Rodriguez in that sentence – which perhaps explains why his work is rarely described without the adjective ‘feminine’ attached to it.

It’s just possible that Narciso Rodriguez isn’t a designer name on your lips. But if you’ve ever watched episode of Sex In The City (Kim Cattrall’s character Samantha often sashayed through Manhattan in Narciso Rodriguez), or you admired Sarah Jessica Parker’s pretty, so-feminine empire-line maternity-wear, or you happened to look at a picture of the late Carolyn Bessette Kennedy in her slinky, bias-cut wedding dress (and who could escape that iconic fashion image?), then you already know Narciso’s clothes.

Today, having several times been awarded Designer of the Year from the Council of Fashion Designers of America, Narciso is fulfilling predictions that one day, his name is up there with Donna and Calvin and Ralph as one of those first-name designers we lust after.

He grew up in Newark, New Jersey. As he told The Perfume Society‘s Co-Founder Jo Fairley, ‘My family all worked with their hands,’ is his partial explanation for such an unlikely career choice for the son of poor Cuban immigrants. ‘My uncle was a barber – and built a house in his spare time. My aunt would take apart a radio and put it back together again. And my mother and my grandmother embroidered. That’s what we did, in our house.’ Narciso’s artistic contribution: turning shoe boxes into fantasy buildings, with doors and windows cut in them; in fact, he briefly flirted with the idea of an architecture career, before signing up for graphic design courses and, ultimately, to study fashion design at Parsons School in New York. 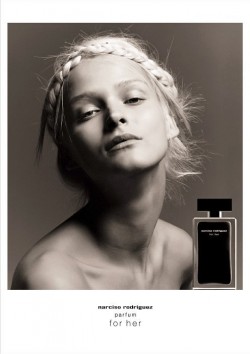 In his spare time, explains Narciso Rodriguez, ‘I drove everyone in the house crazy, staying up all night (in my black and white bedroom), watching black and white films. It’s probably why I design so much in black and white even now.’ (Along with ‘boudoir pink’, they’re his signature colours.)

His style icons, then and now, were Audrey Hepburn and Katharine Hepburn, Dietrich – and of course, Jackie Onassis. ‘But if I could choose just one screen goddess to have dressed, it was Garbo: she was so aloof, sensual, mysterious – and stylish. But in fact, all the women in my house were my style inspirations, too – my mother, my aunts, my great-aunts; they had their wig boxes, and their fake Chanel suits and stilettos, and for the beach, they had these fah-bulous black bathing suits…’

Straight out of college, Narciso landed his dream job: working for Donna Karan at Anne Klein. After Donna went solo, Narciso moved to TSE Cashmere, then Cerruti – and later juggled a job for luxe Spanish leather merchants Loewe (then in the design doldrums) with creating his own first signature collection. From 1991 and 1994, he also worked for a while for Calvin Klein – and there is nothing this master of clever cutting enjoys more than except expertly pinning a piece of fabric to a woman’s body…

Since the launch of his debut fragrance, there is, happily, a way for all of of us to enjoy what Narciso Rodriguez does for women. His first signature fragrance – narciso rodriguez for her – was inspired by the Egyptian musk oil that a friend gave to the teenage Narciso, and about which he’s obsessed ever since. 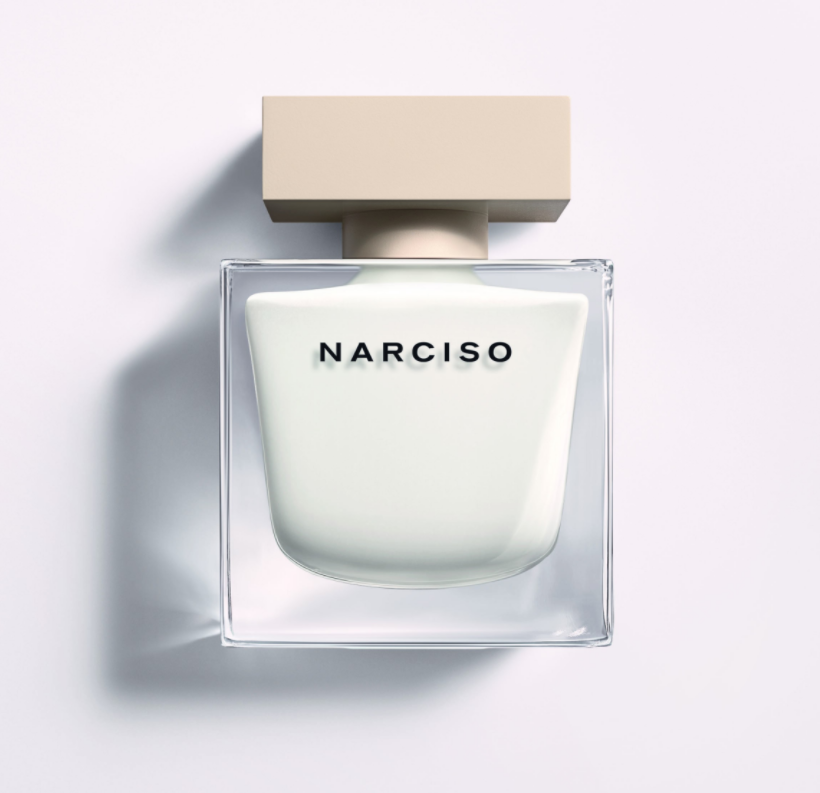 ‘It is for all women,’ he explains. ‘It is something very personal of mine that I wanted to give to women.’ for her won two Fragrance Foundation (FiFi) Awards for Best New Fragrance in Limited Distribution, in the UK and the US.

In its stunning cubed bottle, NARCISO joined the collection in 2014, becoming an instant classic.(For the line-up of Narciso Rodriguez fragrances, meanwhile, see below.) It was created by star ‘nose’ Aurélian Guichard. ‘I wanted to create a fragrance that would turn a man’s head,’ says the designer.

It’s a-swirl with rose and gardenia, buffed by musk and crystalline amber, in the base. As blogger The Candy Perfume Boy observes, with NARCISO, ‘Simplicity and clarity are the key themes. As is always the case with such purity, things may seem effortless on the surface – but underneath that clear veneer there is complex work is taking place. Such simplicity takes hard work and NARCISO is a great example of a casual fragrance filled with beauty, intelligence and elegance.’