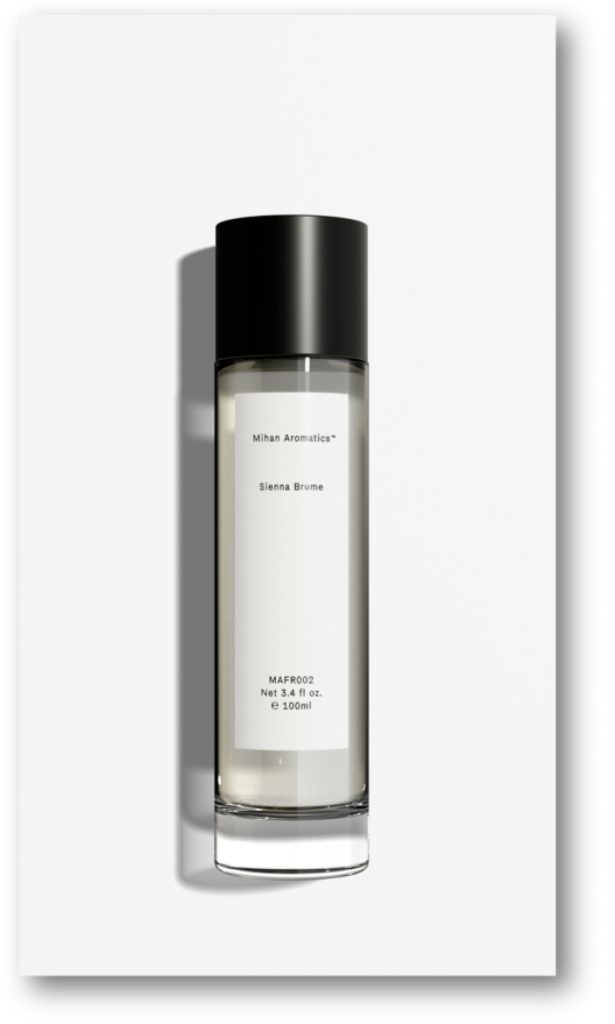 We’ve long associated fragrance with Italy, or France – and of course Britain. But as Mihan Aromatics are proving, there is a thriving scent scene in Australia, with this rising star perfumer house making its mark on the scentscape.

Uber-cool Melbourne couple Josh and Julia Mihan developed their unique, all-natural collection after realising there was a gap in the market in premium Australian perfumeries. They’ve already been hailed as ‘the BYREDO of Australia’, with a collection of fragrances designed and made in Australia that focuses not on the notes inside, but on stories.

So Guilty Story, for instance, beckons you bottle-wards with this tale: ‘Intent on getting lost in heady afflications. Richly rubbery, stubbornly unattainable, inviting to touch. Hot like a sun-liked car bonnet yet smooth like the inside of an oyster shell. A familiar scene that’s had to catch and harder to forget. Volatile of its own volition. Piquant, irreverent and sort of troubled.’

Or Mikado Bark: ‘A mountainous arrangement of paper and unfamiliar books exude distinction and literary prowess. This, paired with gestural hand movements, autumnal hues of corduroy, stubble and amber-coloured drapes leads to an infectiously upholding presence. A musk assembled of dark cedar, thoughtful parting words and a reminiscence of dry oil paint.’ Now tell us: who wouldn’t rush out to smell fragrances as intriguing as those…?

Josh and Julia met 12 years ago at the Parklife music festival. As he explains, ‘I grew up in the country and spent a lot of time outdoors. In our travels, we were always seeking out beautiful aromas, whether it was in nature, in the bush, cutting flowers or travelling abroad in Sri Lanka, South or Central America.’ Adds Jules: ‘The perfumes are our own little memory lane.

As Australian fragrance blog theaccords.com observed: ‘Mihan Aromatics‘ capsule collection of nostalgia, from autumn park hangs to sweaty summer dance sessions, is pulled off to perfection. It feels authentic, intelligent, thoughtful, ernest. There’s a very clear style, here – a lightness, a dreamy character to all the fragrances… Each one is a mood and while the stories are specific, the space and softness of the scents allow plenty of projection (of your imagination, that is; these are creations that stick close to the body…)’

Before opening his own Melbourne salon, The Bearded Man, Josh had been London-based, working at London’s Murdock Soho salon, where founder Brendan Murdock developed a collection of acclaimed fragrances. ‘At the end of a haircut, I would escort clients through the range of scents, which was a really good way to connect people,’ Josh told Australia’s Broadsheet website. ‘It made the experience so much more special when they walked out.’

For their own line-up of gender-neutral fragrances, Josh and Jules combine native floral and spices – including Australian sandalwood, now being deployed by the fragrance industry as a sustainable alternative to Indian Santalum album – alongside ingredients from further afield that are pillars of the perfumery’s art: Calabrian bergamot and Sri Lankan cinnamon, for instance. 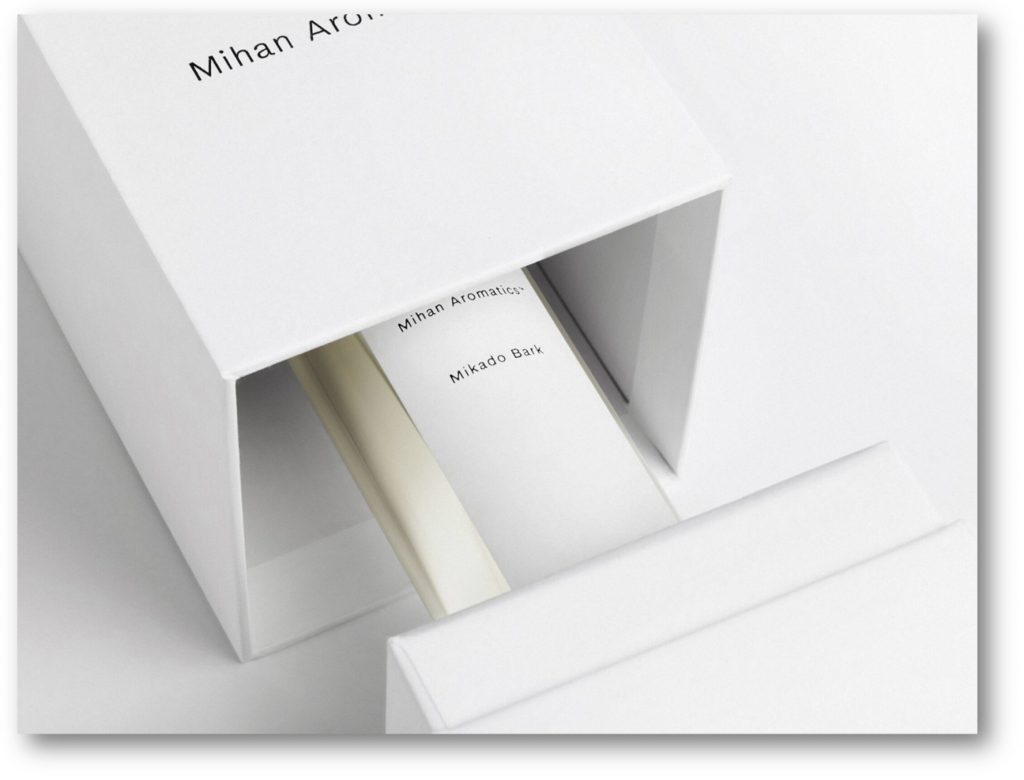 The initial scents – Guilty Story, Mikado Bark and Sienna Brume – were inspired by Melbourne’s inner city suburbs of Carlton, Fitzroy and East Melbourne, during autumn months. (Which crackle with bronze and golden leaves just as they do here, and where days can be almost as crisp.) Now they’ve been joined by Petrichor Plains, conjuring up the drenching of earth and rock after a shower. The inspiration for the outer packaging (left), meanwhile, is ‘an abstract image of resting on a park bench, leaves wafting in the wind.’

For now, Mihan Aromatics can almost exclusively be enjoyed by those lucky enough to live in Australia – although they will ship worldwide. But there is a way to enjoy a sneaky peek, if you live in the UK; Mikado Bark and Sienna Brume were hand-picked by The Perfume Society for our The Fragrant #FROW Discovery Box (autumn 2019), introducing British scent-lovers to this collection – which transports us across the equator and half-way around the world, with each sublime spritz…