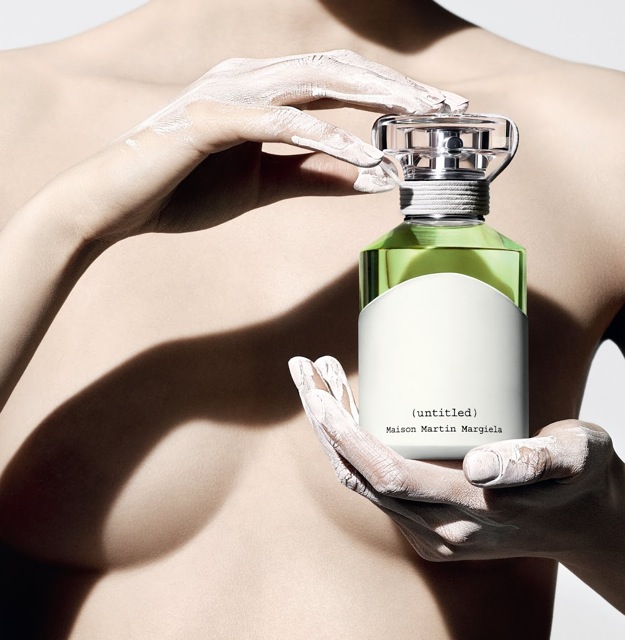 As Vogue put it, ‘Martin Margiela first got the fashion world thinking in 1989, with a collection that challenged what luxury could be.’ A graduate of the Royal Academy of Fine Arts in Antwerp, he was part of a ground-breaking group of Belgian designers who emerged from the design school in 1980 – putting Antwerp on the map as a fashion force to be reckoned with.

The Martin Margiela label was launched in 1988, and during his tenure, the designer remained very much backstage – never giving an interview, never being photographed. Arriving on the scene at the end of a decade which exemplified status and extravagance, his debut took the fashion world by storm – and the term ‘deconstruction’ was coined, to describe clothes which ranged from beautifully cut jackets fashioned from ripped tulle ballgowns through to evening dresses fashioned from leather butcher’s aprons.

Today, a team of designers continues Martin Margiela‘s work under that label. Unusually, the collective ‘Maison’ is anonymous: no ‘star’ to take a bow at what have become the hot-ticket fashion shows. (When a Vogue editor visited the Maison’s Paris atelier – in a former convent – she found the team working in lab coats, and a former supermarket checkout as the reception desk…)

The influence of Maison Martin Margiela can’t be underestimated. And in 2010, a retrospective was staged at London’s Somerset House, showcasing some of the ground-breaking, often deconstructed designs which have become the signature of this very ‘different’ fashion house.

The shows themselves are always thought-provoking and daring. The collections have been shown, variously, on huge round dining tables in a dilapidated warehouse space, in disused subway cars, and in the stairwell of a crumbling town house.

When it came to launching fragrance, then, Maison Martin Margiela‘s long-awaited first was always going to be something different. A gust of green galbanum, reminiscent of box hedges, bursts from the spray bottle, which isn’t like anything you’ve ever seen. In place of the traditional gold thread around the neck of the bottle – which was inspired by traditional apothecary vials – there is string… After the surprising green freshness, this shareable fragrance evolves into a beautiful trail of incense and musk notes.

An instant ‘hit’, Maison Martin Margiela (untitled) was nominated internationally for several Fragrance Foundation Awards, to be followed by (untitled) l’eau, whose luminous, crisp notes evoke crushed green leaves. There’s the sparkling zest of Sicilian mandarin and lemon, with echoes of the original fragrance’s orange blossom, cedarwood and incense in this fresh version.

The Replica collection is equally beautiful, equally wearable – created to evoke familiar scents and moments in different locations. Florence 2003, for instance, is said to be the inspiration for Replica Lazy Sunday Morning: a recollection of silky skin, crumpled linen sheets and the scent of fresh laundry. Or seek out Replica Beach Walk, which time-travels back to the Corsican region of Calvi in 1972: a stroll along the ocean, with feet sinking into the sand, waves brushing sun-kissed salty skin, and the sun at its zenith radiating the beach. 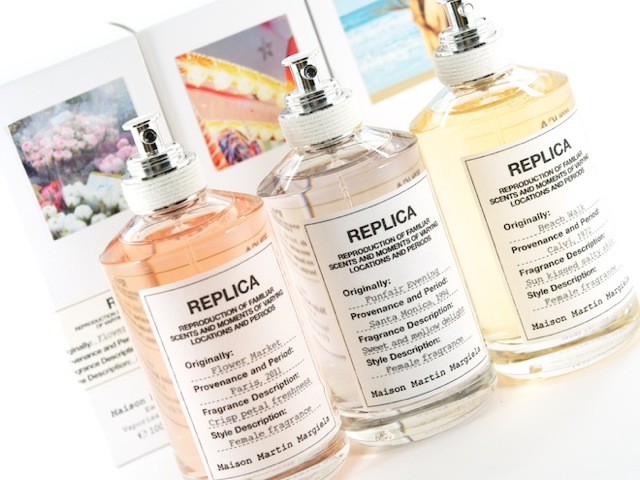 Replica Flower Market really is exactly that: close your eyes and get the crisp petal freshness of freshly-cut flowers, wet petals, buckets and vases brimming with water, leaves on the floor, in a beautiful fusion that conjures up Paris (2011).

Replica Promenade In The Gardens takes its inspiration from Oxfordshire (1986), and the familiar romanticism of a British gardens, with their shaded and flowered paths – brought alive through crisp green accord, freesia, rose, peony, sambac jasmine absolute, and woodsy base notes.

Replica Funfair Evening is a roller coaster of a fragrance: the fair on Santa Monica’s famous pier (circa 1984), with its scent of candy in the warm air, alongside neroli, sweet apple, Moroccan rose, tuberose – all underpinned by white musk, with the sweetness of caramel and Tahitian vanilla.