Music and fragrance have long been in harmony, and for French niche house of L’Orchestre Parfum, the instruments, artisans and musicians inspire note-perfect perfumes ‘to smell and listen to…’ 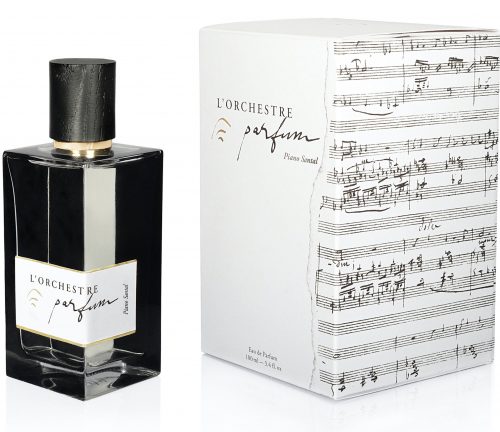 Pierre Guguen is a man ruled by twin passions – music and fragrance – describing himself as both a ‘perfumer and musician.’ For Pierre, his ‘…most intense memories were marked by the dialogue between these two arts,’ and with the founding of L’Orchestre Parfum in 2017, these two seemingly separate talents created the perfect duet.

There are many musical terms that have historically been applied to the art of perfumery, of course: we speak of the ingredients as notes that the perfumer composes at their organ of materials (traditionally arrayed to resemble a church organ’s keyboard, with top, middle and base notes). We talk of accords, how a perfume can smell ‘loud’ (strong) or ‘quiet’ and close to the skin. And beyond that, for the majority of us, fragrance and music both share the innate ability to move us – invisible art forms that stir our souls.

Pierre’s soul was first stirred, professionally, when he moved to Barcelona, having studied marketing in Paris. He found work with a leading perfume company, where he came into contact with the best ‘noses’ in the business, along with fashion brands and designers all at the peak of their creativity.

While studying in Paris, Pierre had also found a way to continue his love of music, playing in several friends’ bands, and continued this particular passion in his new home of Barcelona. He’d found the language somewhat of a barrier, though, and wanted to try something new, brave, experimental. ‘I decided to try and give more emotion and maybe a new experience to the people that were coming to see us on stage,’ he explains, ‘So, I went to see one of my friends, who was a perfumer. And I suggested to her: let’s make the perfume of a song.’ 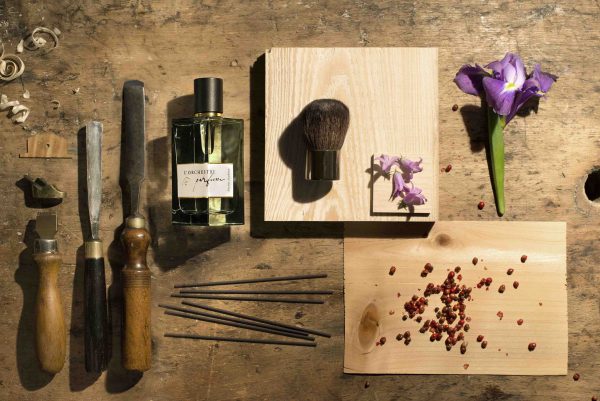 At the band’s next performance, Pierre invited people to smell the fragrance while listening to the music. The crowd’s reaction far exceeded his expectations. ‘They loved the new experience,’ Pierre enthuses. At that moment, he realised that ‘…the synergies between perfume and music were real and that we had to dig deeper into this.’ Having worked behind the scenes for almost a decade in the world of fragrance, it was time for Pierre himself to take centre stage.

And so, L’Orchestre Parfum was born, crafting unique olfactory compositions, directly interpreted in music by virtuoso performers Pierre has gathered from around the world. More than merely inspired by the music, each fragrance evokes the central instrument associated with particular styles of music, with Pierre visiting the workshops of the artisans who create the instruments – smelling the types of wood and materials they use and, wherever possible, echoing these in the notes of the final scent.

After this, the musicians create music inspired by that fragrance; every bottle of L’Orchestre Parfum comes with a QR code that people can scan to listen to music while smelling the fragrance at the same time. Wonderfully, the individual musicians who composed and play the music now also play in a band together, taking part in live performances. Pierre himself uploads their music online to share for free, by creating a Spotify playlist (as well as releasing vinyl records for more traditional enthusiasts), so that people around the world can join in with this synaesthetic interplay of emotional art forms.

So how is the music evoked in scent form, you may wonder? We can’t recommend too highly that you seek these out for yourself for the most rounded and true experience. But to give you an idea, Piano Santal was composed by perfumer Jean Jacques and then interpreted by French jazz pianist, Édouard Ferlet. The scent itself makes you think of clean white sheets and langorous warm skin, but surreally, you’re also somehow in a cathedral. Milky, mystical and dream-like, it soothes with a central white sandalwood, cedarwood and ethereal white musks, notes of caraway floating like motes of dust on a breeze.

Perfumer Amélie Bourgeois and Japanese musician Fumie Hihara worked on Encens Asakusa, meanwhile – inspired by a winter’s prayer at a holy temple in Tokyo and the serene notes of a koto, a traditional Japanese stringed instrument (and the national instrument of Japan) that Hihara specialises in. Swirling clouds of olibanum and myrrh infused with pink berries, cypress, iris and violet, both the music and fragrance hover in the air like a prayer, answered.

But each of the fragrances dances to its own individual rhythm, and we feel certain that at least one of them will strike a chord with you. Which perfect harmony will you first choose to wear, we wonder…?