Roses, roses, roses: so often swirling at the heart of Lancôme fragrances – and inextricably linked with this much-loved beauty and fragrance name.

And about that name: turns out it’s a modern French interpretation of Castle Lancosme – a romantic castle, with turrets and towers almost straight out of a fairytale, surrounded by a moat in the Touraine countryside. It so appealed to Armand Petitjean – who founded Lancôme in 1935 – that he used it as inspiration for his new beauty brand. And the emblem of the company, from the word go, was a rose: Petitjean was enraptured by this flower – in perfumery, and in gardens…

Lancôme‘s history is rooted in the smart Faubourg Saint-Honoré, in Paris’s chicest arrondissement. In 1935, Armand Petitjean opened a boutique, selling a tiny selection of fragrances and beauty products, manufactured just outside Paris. Looking at a Lancôme counter today, spritzing your way through its fragrances, it’s hard to imagine that at the start, there were just three perfumes, two eaux de Colgones, a face powder – and lipsticks.

‘Conquête’ – ‘conquest’ – was the name of the very first fragrance, and it began to capture Parisiennes’ hearts. ‘Cuir’, ‘Bocage’, Tendre Nuits’ and ‘Tropiques’ soon followed. Clearly, from descriptions he gave of the scents, Armand Petitjean was a man entranced by perfume. ‘Tropiques is like honey,’ is said to have been his description it at the time. ‘Conquête, a concentrated fragrance of roses on a Chypre base, will please any woman who likes to be noticed when she enters the theatre or a restaurant. The freshness and relaxed style of Bocages is perfect for younger women… Kypre should be treated like a Burgundy; it needs to age in the bottle, like the wine. In our climate, it is more of a perfume for winter and for festivities, but in the East and in South America, it appeals in all seasons…’ 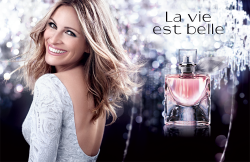 As perfume-lovers beat a path to Lancôme‘s shop, they also began to find a wider selection of cosmetics. Nutrix, Lancôme‘s now-legendary night cream (the first serum-based skincare cream), was introduced in 1936, and remains an international bestseller today. The level of expertise among Lancôme beauticians, meanwhile, was exceptional: in 1942, Armand Petitjean opened a special training school, offering a nine-month course.

Four years before the launch of Lancôme Magie, in 1950 – an aldehydic floral, with oak-mossy Chypre touches – the brand made its debut in the UK. And so when Magie was unveiled, British women could get their hands on the spectacular crystal spiral bottle, created by Lalique. (As word of Magie‘s beauty spread,the bottle changed – to something equally beautiful, but less of a glassblower’s nightmare.) By then, Lancôme had grown to 520 employees – and Armand Petitjean bought the piece of land on which Lancôme’s HQ is still sited today, at Chevilly Larue, just south of Paris.

Lancôme became the name – oh, and the lipstick – on more and more lips. And during his lifetime, in 1964, Lancôme took shelter under the umbrella of L’Oréal. Armand Petitjean died in 1970 at the age of 84 – having ‘lived in enough for three lifetimes’, as one observer put it. 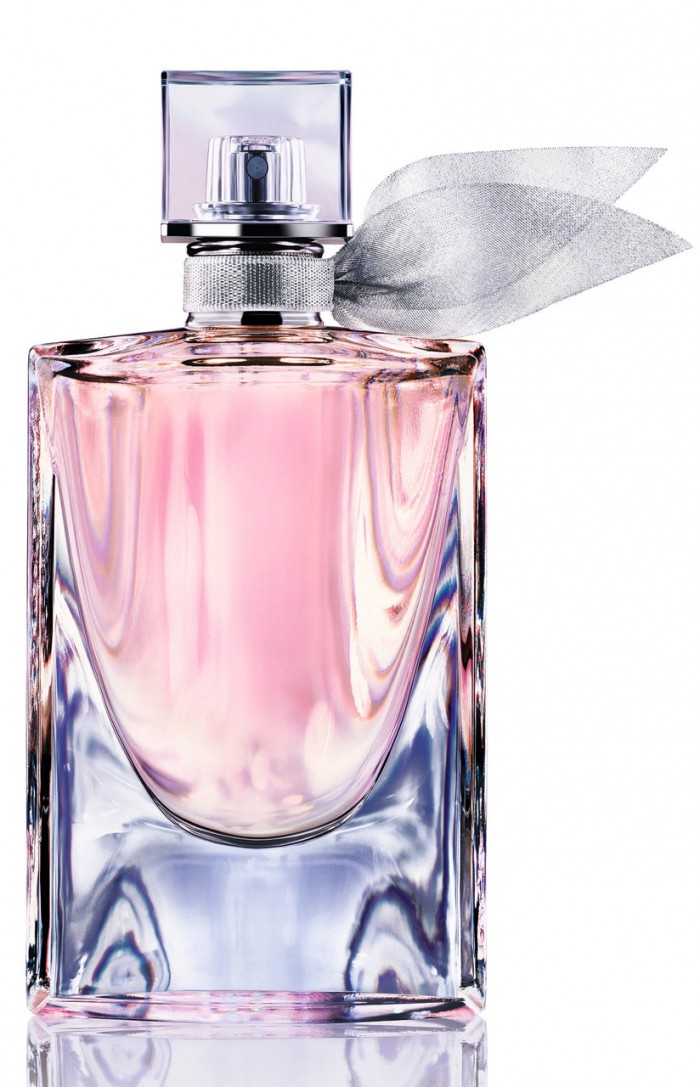 Lancôme‘s portfolio of fragrances continued to grow. And then came Trésor – created by Sophia Grosjman of IFF in New York, now an enduring icon of the perfume world. (So much so that when Chandler Burr curated his exhibition on perfumes at the Museum of Art & Design, in New York, the central installation allowed visitors to smell Trésor at different stages during its olfactory development.)

‘A Picasso of perfumery’, Sophia Grojsman has been described as – and she changed the very structure of fragrance, with Trésor, in which the base notes can be sensed right from the start. So from first whiff, there’s that rose, garlanding ingredients like peach, iris, lilac, vanilla, sandalwood and musk.

We love this quote from Sophia Grojsman to Victoria Frolova, of the Boisdejasmin website, ‘Rose is a flower of love; it is the first flower that a man gives to a woman. Petals of roses have this luxurious, rich smell that is familiar…’ Trésor, she says, is a ‘hug-me’ fragrance, at once sexy and sensual. ‘A sensual fragrance can also be sexy, but a sexy fragrance is not necessarily sensual. Most men love Trésor. They all say they just want to hug the person who wears it!’ Trésor‘s beautiful ambassadors, through the years, have included Isabella Rossellini, and now Kate Winslet.

Since then, Miracle. And (in 2013) an intriguing departure for Lancôme: L’Autre Oud, a new and exclusive ‘shareable’ spicy woods fragrance inspired by a journey to the gates of Arabia, and developed by perfumer Christophe Raynaud. Most recently, continuing Lancôme‘s floral fragrance tradition, we find  Trésor Eau de Parfum Lumineuse: ‘the new and sweet freshness of a spicy rose illuminated by a violet praline.’

And of course, La vie est belle (‘life is beautiful’), with another of Hollywood’s greatest movie stars, Julia Roberts, as its beautiful ‘face’. Tender and soft, with gourmand touches, the original fragrance has now been joined by La vie est belle L’Eau de Toilette, created by two of the finest ‘noses’ in the world – Dominique Ropion and Anne Flipo – who’ve fused steam-distilled magnolia with iris pallida, white flowers absolute and patchouli, in the first-ever ‘gourmand magnolia’ fragrance. (Subscribers can read an in-depth interview with the perfumers about their creations in the debut edition of our downloadable journal, The Scented Letter.)

And clearly: whichever flowers happen to be captured in their fragrances, everything is very rosy on the fragrance front, at much-loved Lancôme…