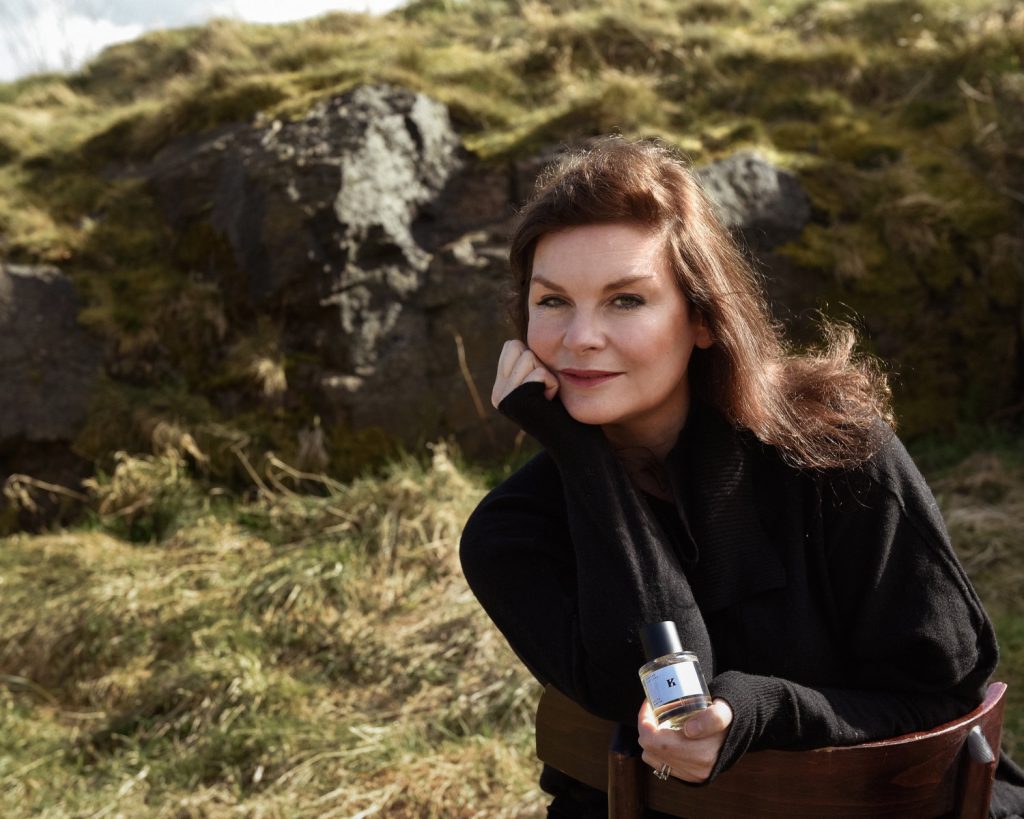 The worlds of whisky and fragrance have much in common, believes Imogen Russon-Taylor. And she should know: after a distinguished career in the aromatic world of Scotch whisky, Imogen has now gone on to create her own fragrance house – the very first to be based north of the border.

‘Both whisky and perfume are produced by traditional distillation methods,’ she explains. Both evoke a complex sensory experience and both rely upon the innovative use of ingredients or flavours to distinguish themselves from competitors.’

And thus was born her vision to ‘bottle Scotland’ – using perfume to share old narratives in new ways, tapping into the rich stories associated with perfume and natural ingredients in Scotland. ‘I began my Kingdom Scotland journey by working with the University of St. Andrews History Department,’ Imogen continues. There, she sought to delve into Scotland’s perfumed past, ‘searching for records of perfumed ingredients and stories with a Scottish heritage. This research eventually led me to the pioneering world of Scottish botanists and explorers – a world full of inspiration and stories for telling.’ 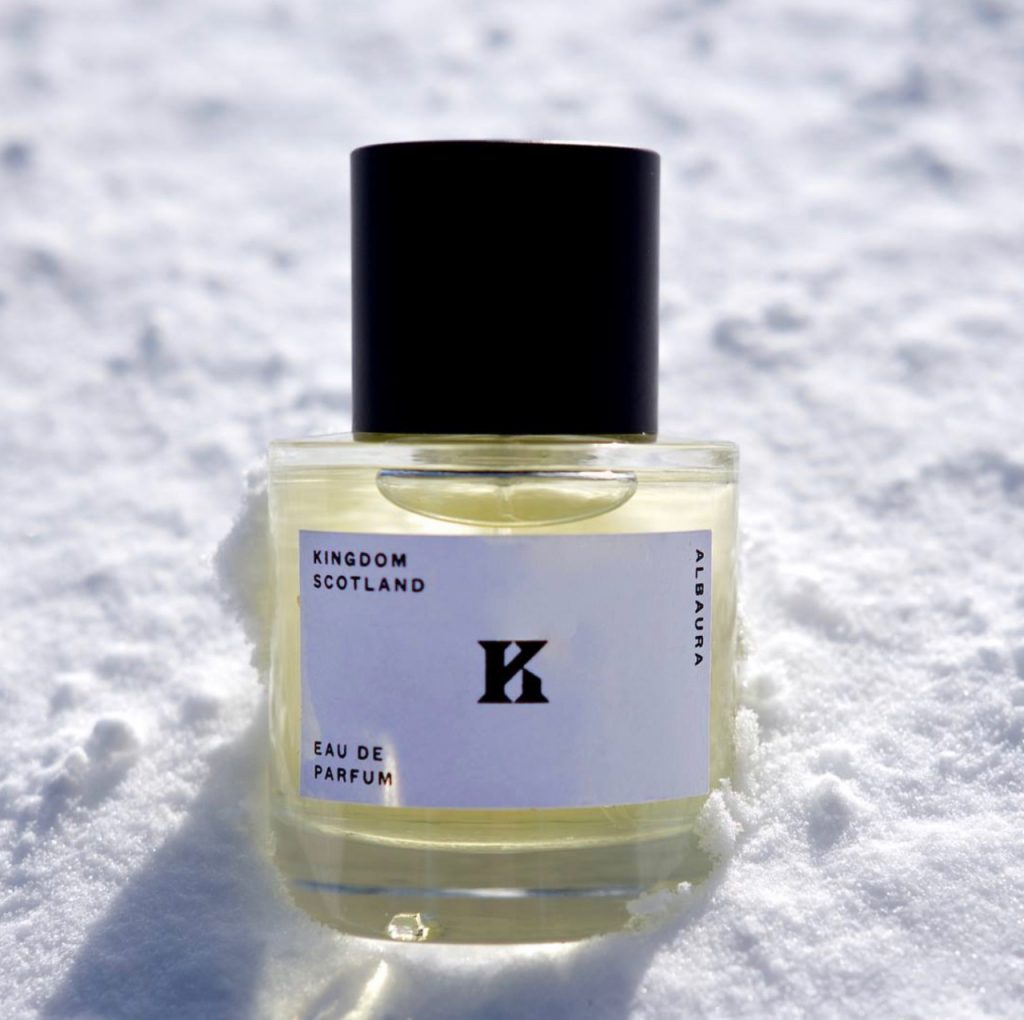 One particular figure who fascinated Imogen was the Arctic explorer and Scottish botanist Isobel Wylie Hutchison – a woman ahead of her time, whose tale inspired one of the initial trio of fragrances, Albaura. ‘Hutchison was born at Carlowrie Castle in West Lothian,’ explains Imogen. ‘She challenged the norms of her time by first venturing on a 260-mile solo trek across Iceland, later travelling north of the Arctic circle into Greenland and Alaska where she collected botanical floral and grass samples for the Royal Botanical Gardens in Edinburgh and Kew.’

‘I believe the expanse of the Arctic environment inspired her with a deep sense of freedom and escape, a ‘love of silence and space only an iced landscape can provide.’ A single breath of Albaura conjures that up perfectly, in scent form: the freshness of snow and ice, blended with berries and botanicals in a scent that is bold, fresh and independent in spirit.

Alongside Albaura sits Metamorphic. ‘Scotland has some of the mmost complex geology in the world and this scent is inspired by metamorphic rock that is spectacularly woven into the landscape,’ continues Imogen. It’s complex, fusing black pepper and tobacco, incense, minerals and rose absolute, metamorphosing on the skin as it’s warmed to reveal a base of amber resin and leather. And in this one, you might make out just a splash of Islay malt whisky – a nod to Imogen’s own history, here. 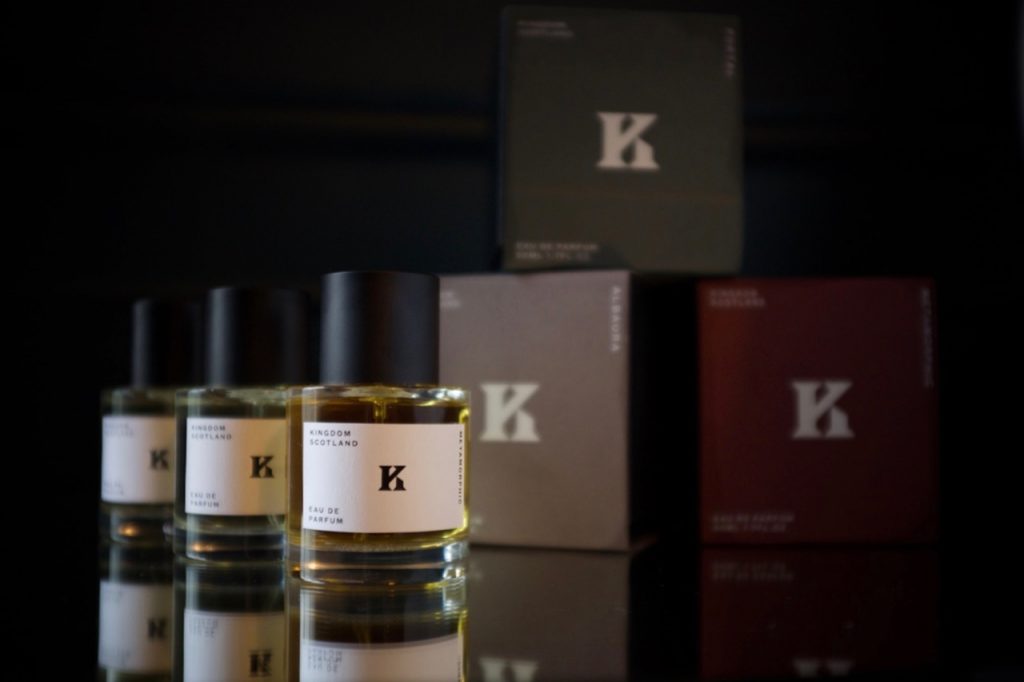 Portal, meanwhile, is described as ‘a gateway to the ancient Caledonian forests of Scotland.’ It’s fresh, outdoorsy, gusting with herbaceous botanicals and bergamot, notes chosen to evoke verdant florals, resting on a veritable forest floor of vetiver and Scots pine. Kingdom Scotland’s descrition – ‘an escape to a sylvan wonderland’ – hints at its power to transport you to the shade of the tranquil forest.

‘I want to create that “sense of place” in my fragrances and transport people to some of the most inspiring, dramatic landscapes and pioneering stories in the world,’ says the founder. ‘Kingdom Scotland is a modern fragrance house – created to showcase Scotland in scent – not only through botanical references but also through history, geology and culture. We have used the finest ingredients and the perfumes are expertly created, matured and bottled in Edinburgh in small numbered batches.’

And trust us: before long, Kingdom Scotland will be a fragrance name on the lips of perfumistas-in-the-know, far beyond that country’s borders…