‘Both music and fragrance are tied to memory – one sniff of a scent, one bar of a favourite track and we are transported across time and space.’ Creating conceptual, playful perfumes, JUSBOX explore hidden memories, emotions and sensations with their sensational scents… 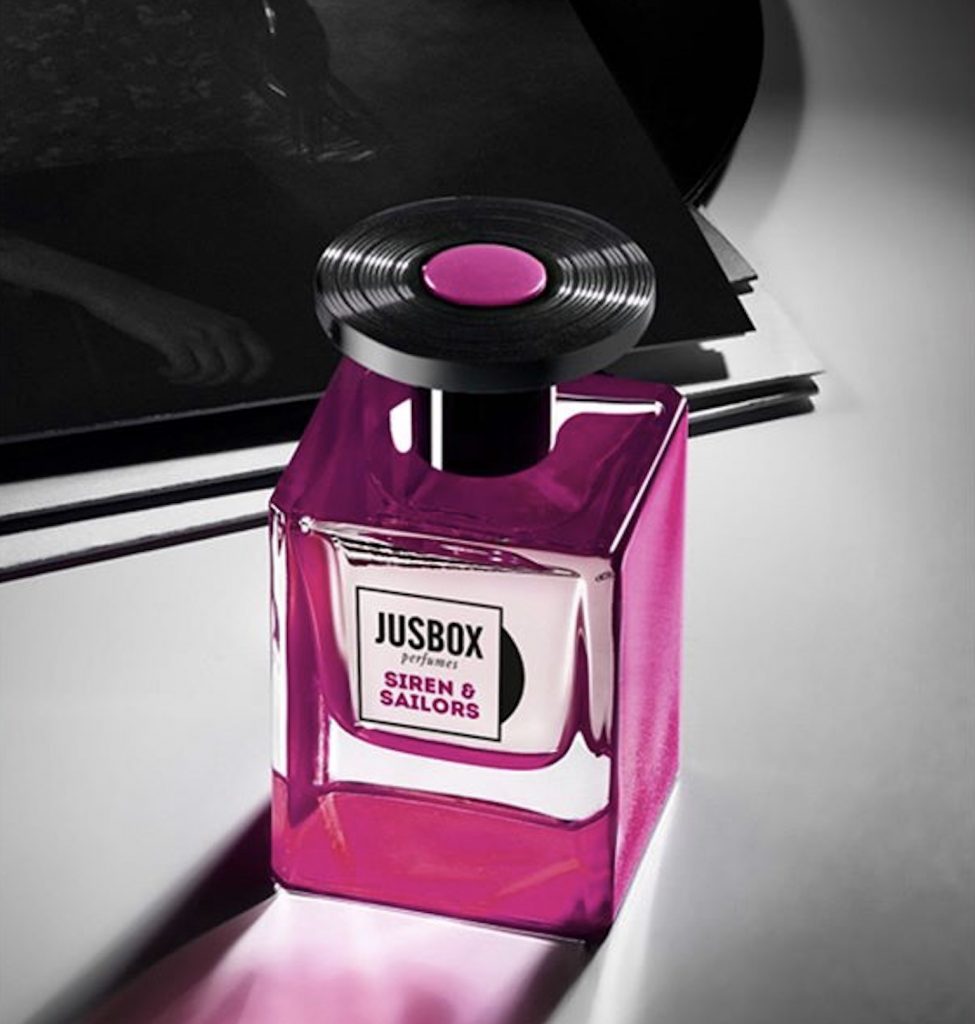 The idea of combining fragrance and music came naturally to the sibling duo of Andrea and Chiara Valdo. Born in Milan (though they cite New York as their ‘favourite place in the world’), the globetrotting brother and sister were the behind-the-scenes creative directors for various fashion-label fragrances before creating hitting ‘play’ on their own niche perfume house, JUSBOX, in 2016. They’d known at once what the inspiration had to be: with music as well as perfume running through their veins, the pair had spent years being schooled in the art of piano playing and describe themselves as ‘OBSESSED’ with music.

The more we think about the ties between scent and songs, the more naturally they fit together. We already think of fragrance ‘notes’, for example, and harmonious accords; we see images of historic perfumer’s ‘organs’ with their fragrant ingredients arrayed like a church organ’s keyboard. And deeper than that, as JUSBOX explain, ‘We all connect to fragrance and music emotionally – our connection is not intellectual, a conscious decision, rather it is an instinctive response that resonates with us as individuals.’

Continuing on this theme, JUSBOX say that: ‘Unlike art and literature we “feel” music and perfume much more directly and instantly – the reaction is both immediate and intense.’ Fragrance can be used as a touchstone to past experiences and hidden memories, a way reconnecting with our emotional selves – and indeed, Andrea an Chiara feel they feel that we can equally reach for a scented spritz or put the needle to the record. 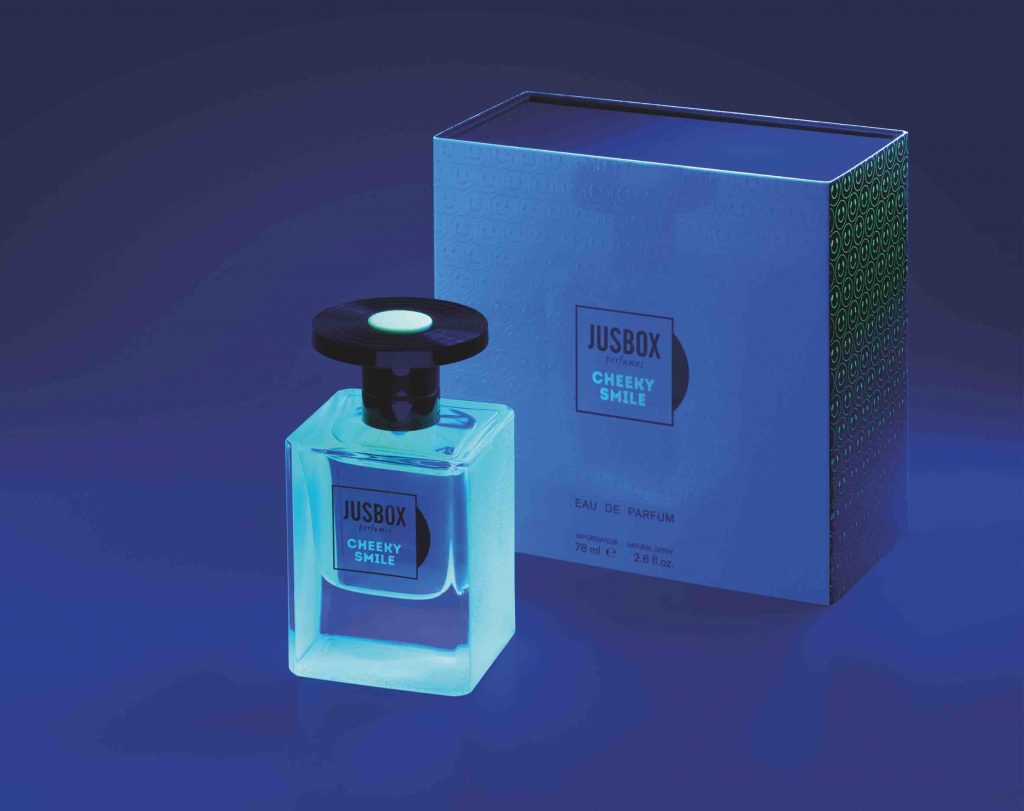 JUSBOX‘s music/perfume links are referenced from the first glance in the gorgeously designed CD box-style packaging, with ergonomic bottles and vinyl record style caps a true pleasure to open, hold and display. Beyond that, however, when describing the likeness of the creative processes between perfume and music, JUSBOX remind us that: ‘The hand of the musician scribbles on paper, the lines curve beneath his quill, drawing up words to be transformed into notes. The ears judge the chord, striving for perfection.  The hand of the perfumer reaches for vials filled with notes, juggling between pipettes. The nose tirelessly sniffs and smells, adding, taking away and summoning memories to the fore. Playing with those notes, both perfumer and musician compose their own harmony.’

And what a lineup of virtuosos JUSBOX have signed up, so far – from Dominique Ropion and Antoine Lee to the fast-rising stars and new-generation ‘noses’, Julien Rasquinet and Dominique Moellhausen.

While the fragrance’s musical influences span the eras – and stylistic genres – the brother and sister confess to allowing themselves to have favourites. For Andrea it’s the 1970s – ‘the mix of rock and psychedelia’ that most appeals, the ground-breaking musical decade defined by an accompanying fragrant whiff, because ‘…the smell of patchouli really encapsulates this musical era.’ 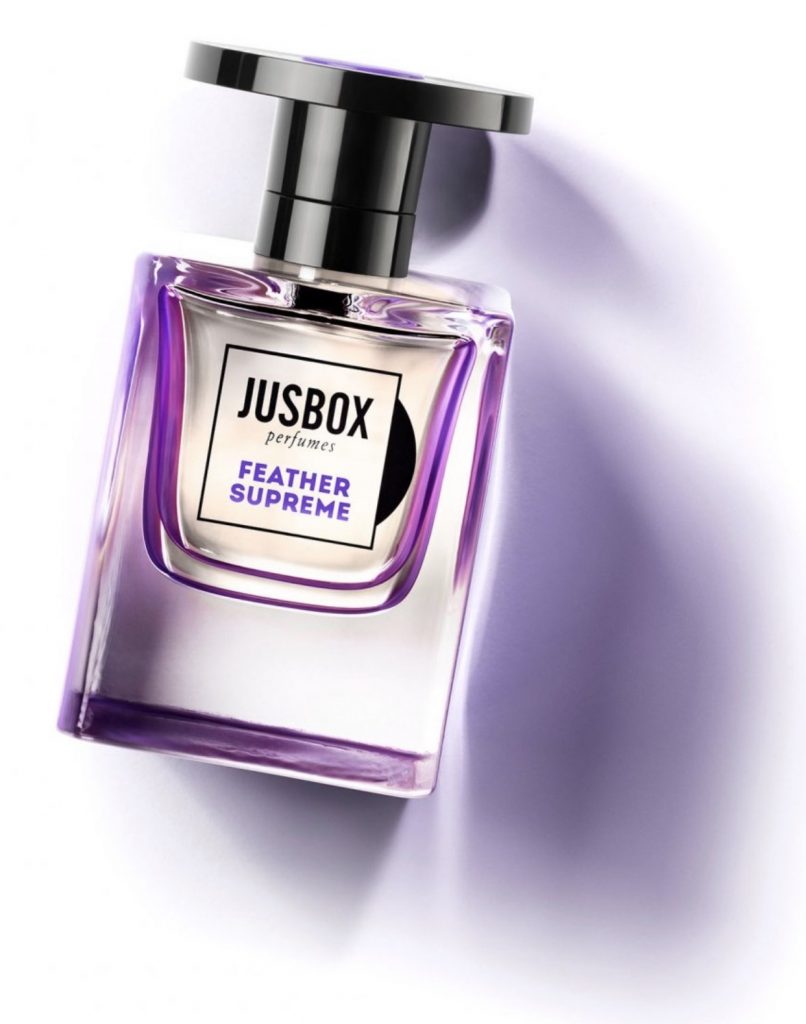 For Chiara, meanwhile, it’s the 1980s and 90s that she feels most connected to, ‘…when such incredible music production became alive and possible.’ And the fragrance notes that define that era for her, in scented form? ‘Tuberose, magnolia, sandalwood, vanilla and amber.’

The inspiration for JUSBOX was also to celebrate ‘…musical and generational icons that stood out from their social, historical cultural and artistic environment as they voiced messages, emotions, ideas and trends of their own eras.’ The playlist becomes a ‘spray list’, with inspirations including the unforgettable British soul singer, Amy Winehouse, whose spirit is infused in the sultry rose of Sirens & Sailor via a kiss of peachy osmanthus, its smoky swagger of booziness in the heart softening to suede-like whispers and a smooth patchouli base that resonates until way past your bedtime.

Late 80s Acid House is referenced in Cheeky Smile, a proudly molecular cocktail of joy wrapping you in a hug of Iso E Super, ramping up the energy with notes of Amber Core, Amber Extreme and Cashmeran. In Feather Supreme, meanwhile, we discover a stunning floral-Chypre to express the ‘Queen of Soul’ Aretha Franklin, fusing vibrant florals on a resonant base of patchouli, labdanum and musk, just as the 60s chanteuse fused gospel with R&B. And to complete your collection, in Beat Café it is the poetic rebellion of Bob Dylan and the ‘Beat Generation’ that throbs through cognac, tobacco and leather-laced smoky wafts to a laid-back trail you’ll want to follow.

We feel certain that, like us, you’ll be rocking more than one of these in your Top Ten any day now…