With an ethos of ‘Swipe. Mix. Create. Do you…’ famed designer Judith Leiber bursts into the fragrance world with one bottle containing three scents that promise seven perfumed possibilities. Taking the concept of a bespoke fragrance to the next level, get ready to rock your senses. Choosing which perfume to wear just became whole lot more playful…

Already renowned for her whimsical creations, Judith Leiber’s bejewelled bags – in the shape of lips, chocolate bars, frogs, lipsticks and even a carton of French fries – have graced many a red carpet, and been seen dangling from the arms of celebrities such as Sarah Jessica Parker, Olivia Wilde and Katy Perry. Harrods describe the designer’s look as being ‘Synonymous with elegance, style and sophistication’ and go on to remark that her, ‘Judith Leiber’s iconic accessories have been recognised worldwide for over 50 years.’

These treasurable keepsakes have now been joined by an equally fun fragrance concept – and perhaps we shouldn’t be surprised that Judith Leiber has turned her hand to scent, seeing as perfume has long been referred to as ‘an invisible accessory.’ 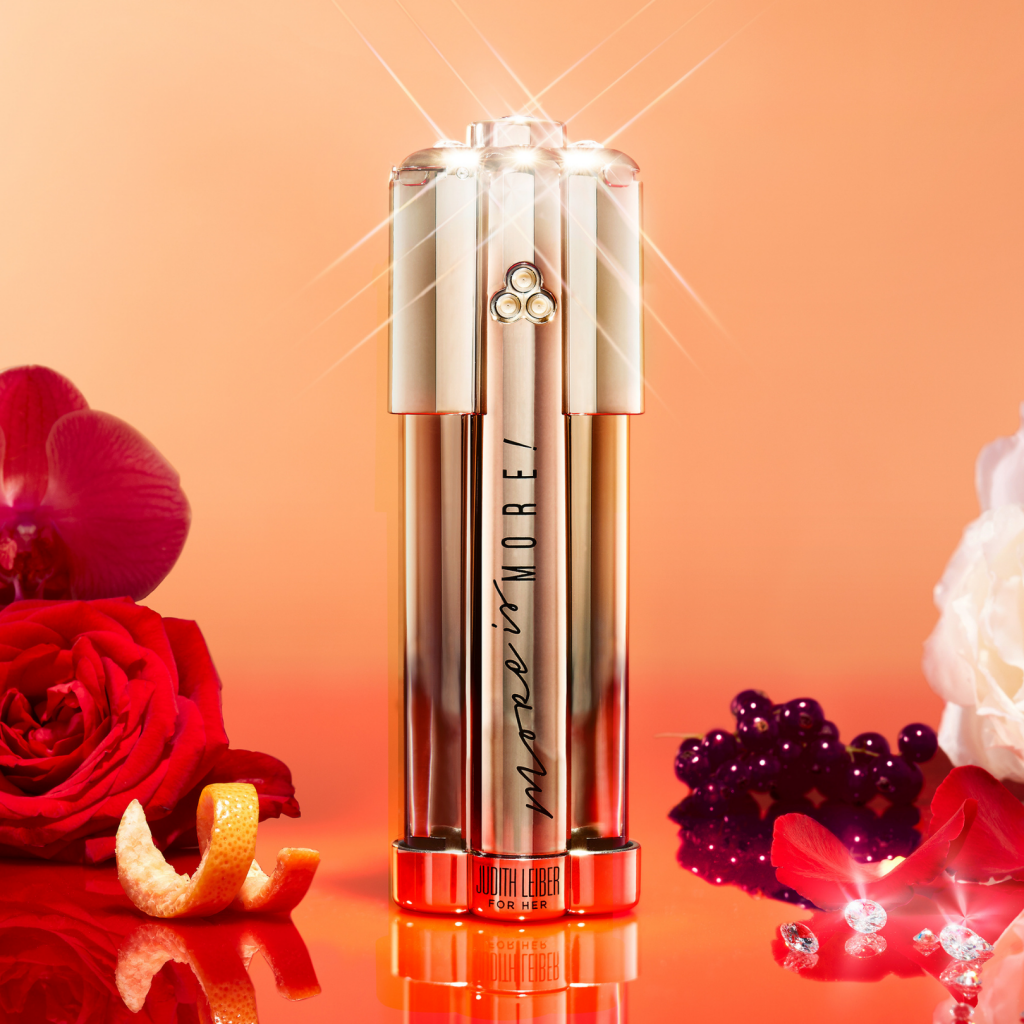 Always obsessed by scent, she wanted to make fragrance instantly customisable, and of course, being Leiber, there had to be a bit of bling! In a nod to New York City, the stunning gold bottle (seen at top of this page, in the banner image) is reminiscent of the Chrysler building, inside containing three fragrance ‘pods’, the bespoke mixtures of which you choose by using sliders at the top of the bottle, the differing scents marked by a corresponding number of gem Swarovski crystals. Judith Leiber explains:

‘To turn one or several fragrances “ON”, swipe the top sliders from left to right until it clicks. Swipe the sliders towards the gems to choose your mix…’ 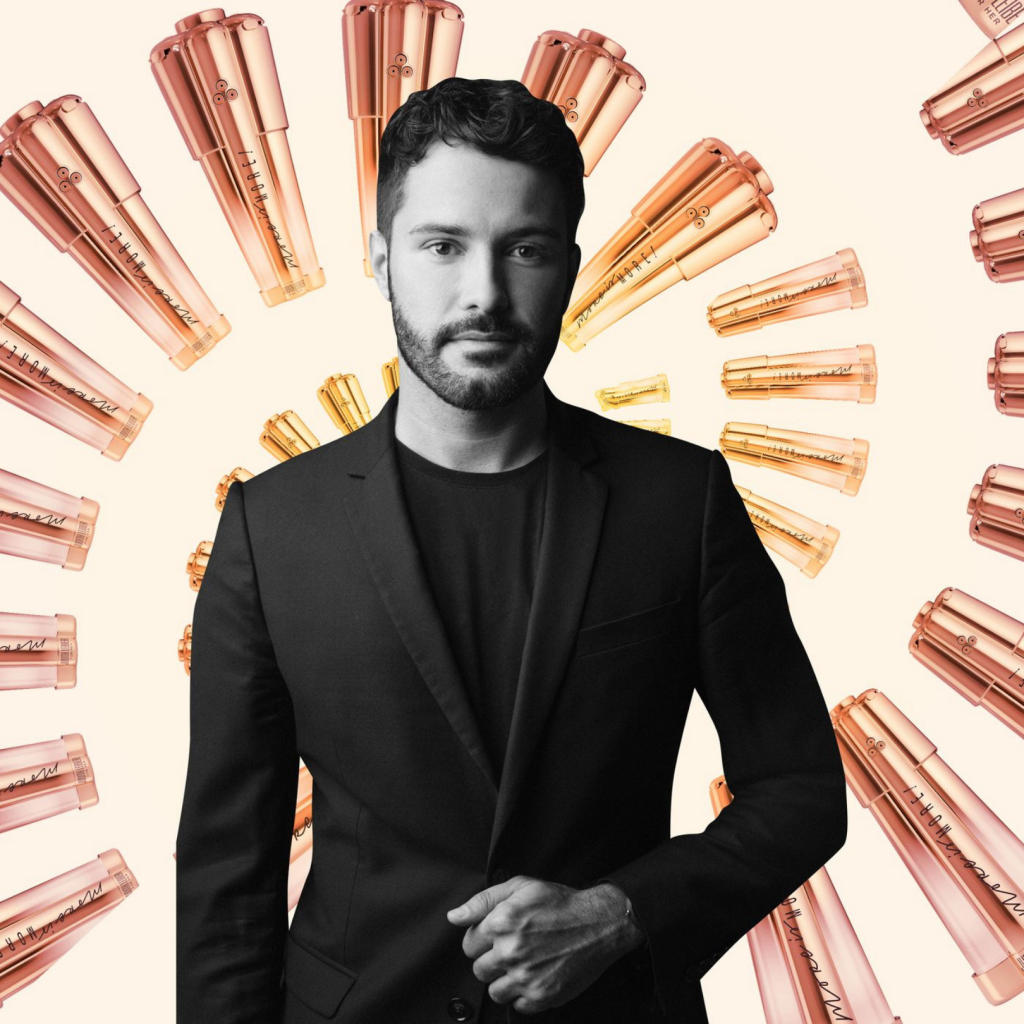 Perfumer Jérôme Di Marino was chosen to create the fragrances. A protégée of the brilliant Francis Kurkdijan, Di Marino’s star is rising fast. Having obtained his degree in Nice, he studied at the renowned ISIPCA perfumery school in Versailles, followed by an internship at Givaudan, then honing his craftsmanship while working on fine fragrance at Givenchy and Takasago. Under Kurkdjian’s supervision he composed Carven L’Eau Intense, and has gone on to create fragrances for Burberry, Dunhill, Molton Brown and Elie Saab, among others.

‘Usually as a perfumer, I focus on creating one fragrance at a time, but for More is More! I worked on three at the same time,’ Di Marino revealed via an excited online launch. ‘Each change in one fragrance was changing the combination with the two others…!’ The incredibly complicated task of making three perfumes work not only in isolation but seamlessly in up to seven differing combinations, is a form of fragrance maths we can’t get our heads around, but Di Marino certainly did: they all work beautifully.

More Gourmand! is edible as it sounds, but in a sophisticated way: juicy blackcurrant absolute and mandarin melding with gingerbread, rose, vanilla and cashmere woods; More Zest! sparkles with grapefruit, fresh lemongrass and sunny bergamot softened by orris and peony on a woody base, while More Floral! throbs around a heart of ylang ylang and creamy coconut swirled with long-lasting patchouli. 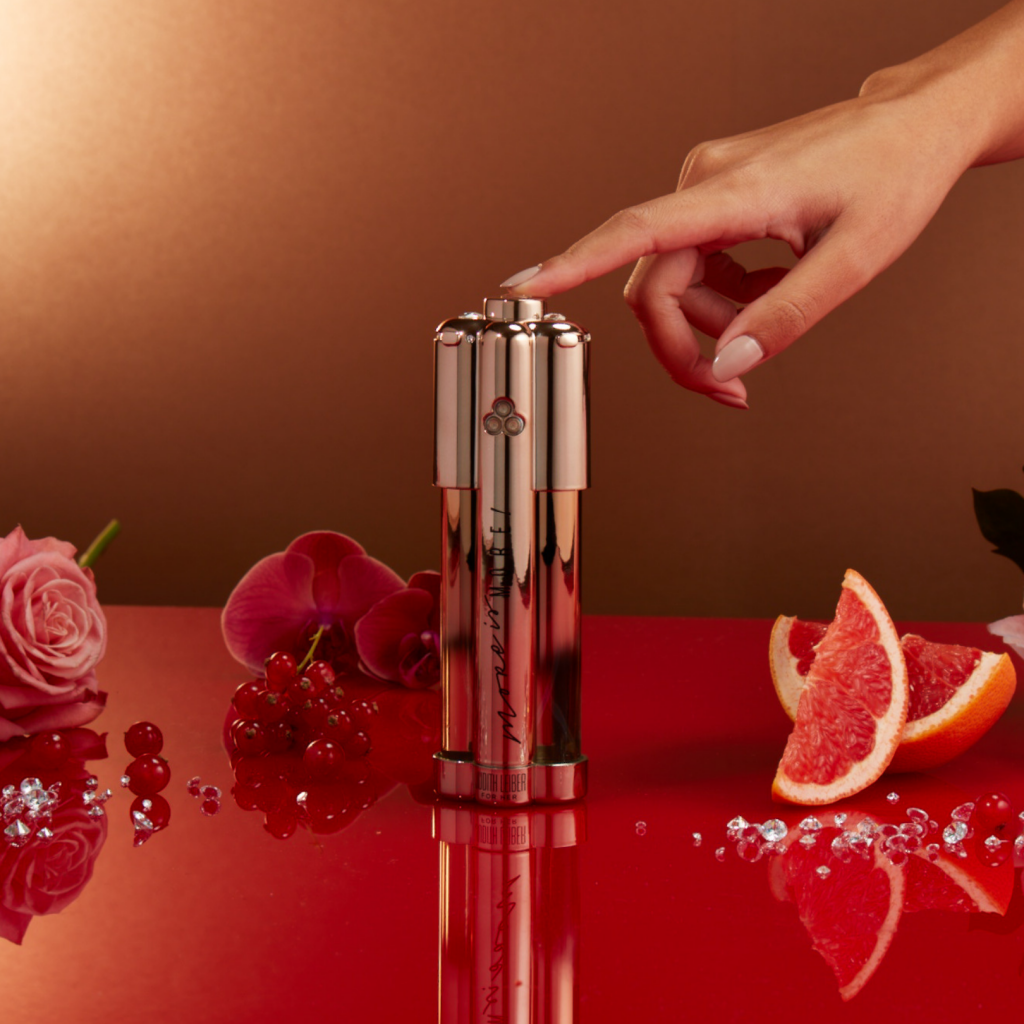 Di Marino often talks about music when composing his fragrances, telling us he finds inspiration in ‘a book, a magazine, or just music, that helps.’ And the genre he prefers? ‘I listen to jazz whilst I work, or chill out lounge stuff, I need music without lyrics.’ How fitting, then, you can play your own kind of perfumed jazz by re-arranging the notes and creating your very own perfect harmony.

Judith Leiber More is More! perfumes are proudly cruelty-free, vegan, and encourage the purchase of a refill rather than adding to existing landfill. Think of this as an extremely glamorous variation of changing individual ink cartridges in a printer – if one particular perfume has captured your heart more than the others, you just slip in a new scent ‘cartridge’ and presto, change-o! Your perfume can mix and match your moods once again.

Not only are we enjoying spraying and playing with these, but we can look forward to the collection expanding further, with the house introducing a number of further corresponding fragrances to mix and match, presented as 25ml refills for each of the chambers to recharge your More is More! perfume bottle. We love this playful way of changing up your scent game at the flick of a switch and having sprayed and played, we think you’ll also be wanting more, more, more of More is More!