Purveyors of fine perfumes since 1856, the history of heritage house J.F. Schwarzlose deserves to be captured in a movie.. From piano-maker to perfumer – selling scents beloved by the royal courts of Europe and Chinese Emperors alike – this always-innovative perfumery has survived war, inflation and changing tastes by always being one step ahead… 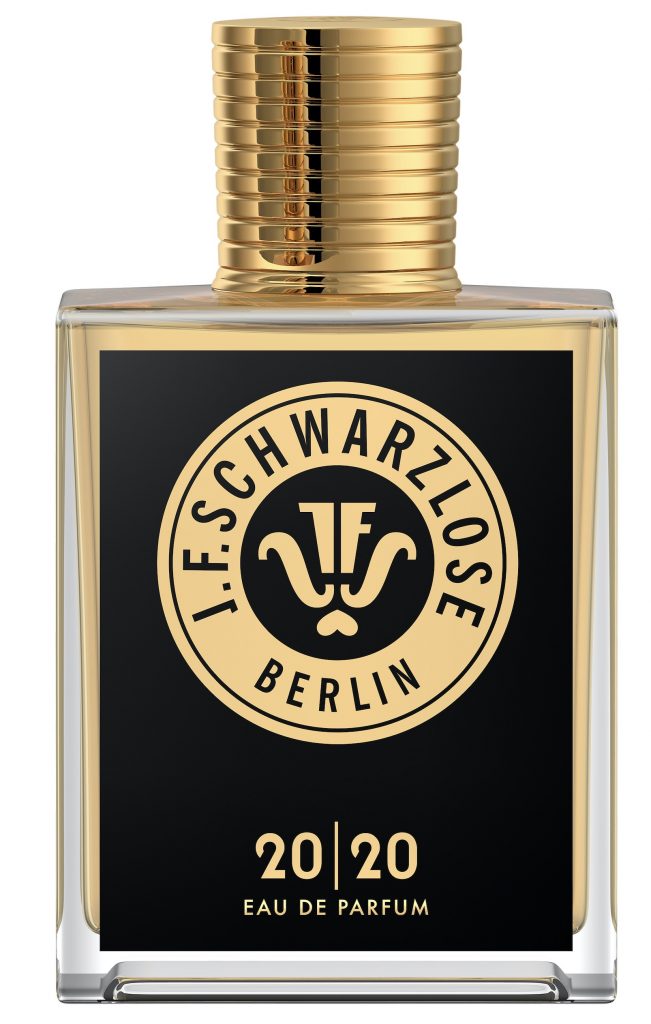 The vibrant city of Berlin has been the home of J.F. Schwarzlose since 1856, when entrepreneurial piano-maker Johann Friedrich Schwarzlose decided to branch out and establish his own drug store at Markgrafenstrasse 29, beginning with production of perfumes.

Quickly establishing himself, his next venture to take over the distinguished fragrance manufacturer Treu & Nuglisch in 1858. The company had been purveyor to the Court, and now the aristocracy flocked to the new fragrance shop. By 1897, Schwarzlose had taken on a business partner, Franz Köthner, and together they traded with the added title: ‘Purveyor to the Court of His Majesty the Emperor and King’. Indeed, a flacon found in a collection of Emperor Pu Yi confirms their formidable reputation had already reached as far as China.

Always attuned to the latest innovations, Schwarzlose was quick to adopt the new scientific advances which were then rocking the perfume world, by combining blends of naturals with man-made aroma molecules – discoveries akin to creating a new musical note or gifting a previously unseen colour to an artist. As the J.F. Schwarzlose history documents, ‘Although fashion around 1900 still calls for perfumes imitating the natural fragrance of a blossom as closely as possible (lilies of the valley, violets, roses, or lilac are the dominating scents of that time) the art of composing olfactory fantasies becomes increasingly important.’ 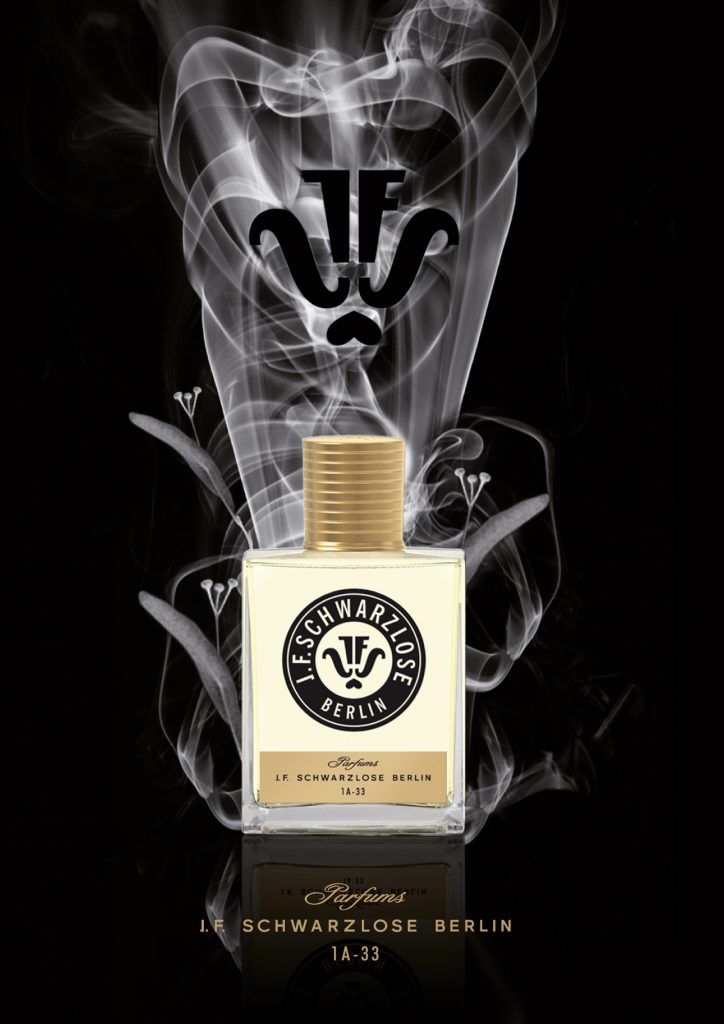 Their continuing renown for combining heritage quality with contemporary tastes meant that by 1902, with Ernst Köthner, grandson of Joachim Friedrich Schwarzlose, now sole owner; the company had begun expanding further in foreign markets worldwide – Spain, Asia and Australia just some of the locations their products are sought-after. Continuing their innovative ways, around the turn of the century, they launched their first perfume vending machine to the English-speaking world, with the automat promising ‘to dispense ‘Perfume Soap-Powder’ in the four different fragrances: ‘Eau De Cologne’, ‘Rosa Centifolia’, ‘Lilaflor’, and ‘Melati Radja’ onto a handkerchief held in front of it.’

The crippling inflation of the early 1930’s saw many established houses go under, but luckily J.F. Schwarzlose survived – testament to their wise business-handling and fine perfumery skills. In fact, they’re able to move into a modernised store located on Leipziger Straße 113 in the September 1930. They continued to thrive for well over another decade, but another war was looming, and their fragrant fate was not so kind, this time…

In 1944 the J.F. Schwarzlose factory and shops were bombed and totally destroyed. That might have been the end of the tale – another proud perfume house lost to history – were it not for the resilience of one Anni Köthner, who restarted the business, first in Hamburg, then moving back to its true home city, Berlin. But the shadow of the Berlin wall now loomed, in 1961 splitting locations of the company East and West Germany, impacting on the business, which ceased trading once again in 1976.

But what a phoenix this fragrance house is – because the story isn’t finished. In 2012, packaging designer Lutz Herrmann and communication expert Tamas Tagscherer revived it under the name J.F. Schwarlose Berlin – enlisting brilliant perfumer Véronique Nyberg as the ‘nose’. 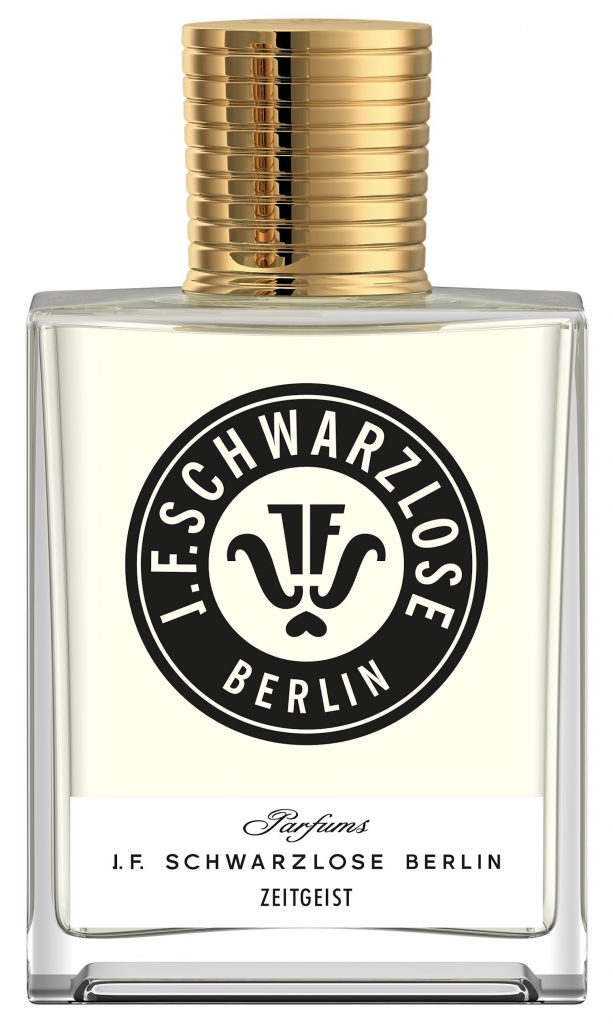 Today, this new guard remains ‘in close contact with the last heir to Schwarzlose, Jutta Jank-Trabant, who is delighted to find the brand on display again… and is always a welcome guest in the new office of J.F. Schwarzlose Berlin. And how utterly joyous this important perfumery was saved once again! Now thriving afresh, the modern-day fragrances of J.F. Schwarzlose harness the grandeur of their heritage, and all they learned through history, but still stay true to leading the fashions rather than merely following them.

Treffpunkt 8 Uhr, for instance, is a fresh vetiver flecked with unexpected notes of sage and ginger, while 1A-33 takes Berlin’s celebrated linden blossoms, to create a classic yet unfussy floral. Trance, meanwhile – as the name suggests – will seduce you with its luxurious veil of oudh and rose absolute, while if you’re looking for a quintessential leather, check out Leder 6, in the style of ‘Spanish leather’ scents of the past, swirling with dark, mysterious incense and rich essences.

There are new creations, too, inspired by contemporary Berlin: Zeitgeist, its aquatic notes (from an algae absolute) blending with Leatherwood and musk, for an edgy, avant garden vibe. Rausch takes oudh, patchouli and vanilla, adding a grind of pepper and a dash of spices, ‘an olfactive recreation of an intoxicating Berlin night out,’ as they put it. For more fragrances, simply scroll down – and swoon.

Expect thoroughly wearable fine fragrances that ‘…represent rock ‘n’ roll as well as a bohemian lifestyle.’  Remaining proudly German but with a truly cosmopolitan nuance, J.F. Schwarzlose Berlin describe them as ‘extreme and addictive transmitting the pulse of Berlin in every fragrance note.’ Radiating opulence and optimism, these fragrances deserve to be re-discovered by you, now.