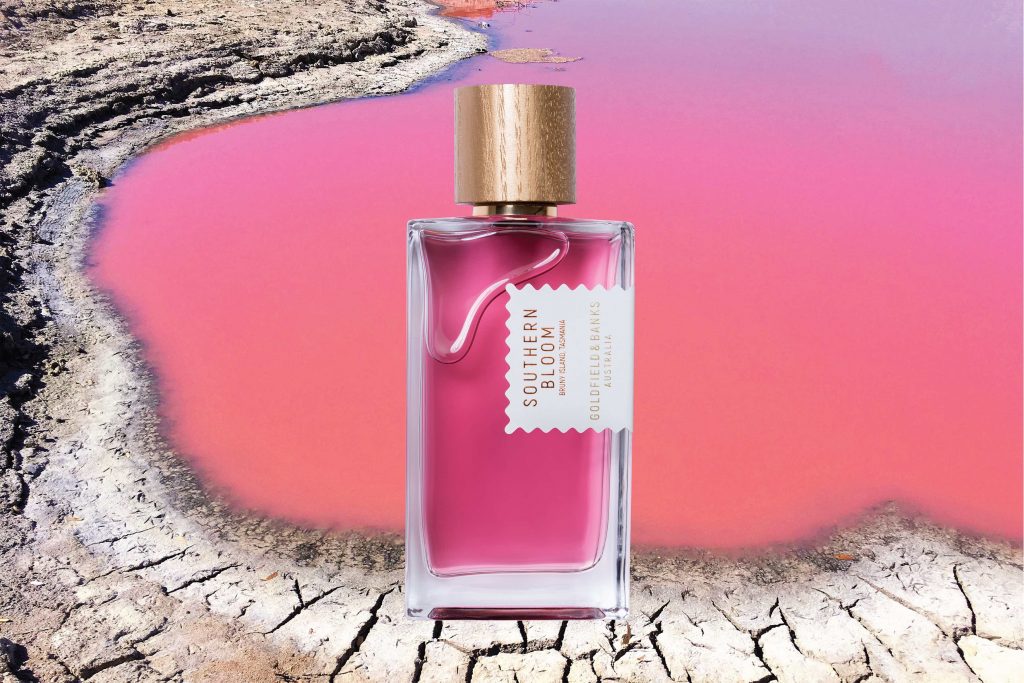 Showcasing precious perfume ingredients unknown by the majority of traditional perfume creators – outside of the palette French and Italian perfumers have ever smelled, let alone usually work with – these scented treasures help make the Goldfield & Banks fragrance collection utterly unique.

Though Australian beauty brands have been booming for some time, in the fragrance industry, it’s still very early days for Southern Hemisphere scent producers, with not even a handful of houses to count thus far. ‘I’m proud to say our fragrances are actually made in Australia, rather than outsourcing and producing in France or Italy,’ says founder Dimitri Weber, ‘…we work with local perfumers, as much as we can, and suppliers of ingredients, the farmers. But it’s both a challenge and a privilege to bring Australian ingredients to the wider public, and put Australian perfumes on the map.’

Belgian-born Dimitri is in no way diminishing the importance of classical French perfumery traditions – having worked on fragrances in France for 25 years before travelling to Australia for a fragrance launch. A friend then suggested extending his trip, seeing as he’d flown for 24 hours to get there, to explore the wilds of the Australian landscape. While there, Dimitri fell in love with both the place and a special person, eventually moving to Australia and completely immersing himself in the wonderful ingredients he found there.

With the idea of combining the refinement of French perfumery with a hitherto under-explored palette of fragrant ingredients, Dimitri told the Fumechat podcast hosts Nick Gilbert and Thomas Dunckley that he was proud to start his own brand to highlight unique materials of incredibly high quality: ‘Some of the farmers we work with are growing their ingredients in such remote locations in Australia that there’s no pollution whatsoever – they are completely pure.’

Officially launching Goldfield & Banks in 2016, Dimitri says that when he started, nobody was talking about Australian ingredients at the various trade shows he visited, but ‘…now I notice more people are showcasing and highlighting their provenance, and the big houses like Firmenich and Givaudan are now exploring those ingredients, and that’s so wonderful!’

He’s truly passionate about raising awareness of these scented gems, and literally getting them under the noses of people worldwide. ‘I want this to open a door for a new era in fragrances, and there’s a lot more to follow.’

Of course Australia has long been known for its exceptional sandalwood – so smoothly blended with saffron and thyme, and tempered with rose in their White Sandalwood. But Dimitiri wanted to venture further – championing fragrant materials such as boronia – a rare and short-flowering plant grown on Bruny, Australia’s southern-most island off the coast of Tasmania.I t smells complex and alluring: a peppery, green, almost violet-like scent, and also happen to be ‘the most expensive ingredient in our industry – $10,000 per kilo of absolute!’ The price notwithstanding, Dimitri knew from the get-go that he wanted to use it in Southern Bloom because ‘it doesn’t smell like anything else on the market. All our fragrances have this little je ne sais quoi, a difference.’

Pacific Rock Moss , meanwhile, is one of Goldfield & Banks‘s bestselling fragrances, and the point of difference here is a scent that manages to be both beachy and uplifting, but still characterful and nuanced. ‘It’s clean and fresh, exactly what Australia is about in the summer, and we use sage to create an ozonic note,’ he explains. ‘But there’s quite a bit of amber in there too, so when you reach the sunset of the fragrance, it’s comfortable to wear.’ The language Dimitri uses to describe the perfumes is as unique as some of the ingredients, and also inspired by that Australian vibe. So instead of talking about Top, Heart and Base notes so much, ‘I like to talk about the “sunrise” and “sunset” of a fragrance – the way they rise up and down as you wear them.’

We herald the dawn of this new fragrance house – and know you’re going to love wearing its creations, day and night.