He’s been called ‘the man who invented red carpet dressing’ – and since the 1970s, Giorgio Armani‘s easy elegance, with its sensual European simplicity, has had a stellar following. And of course today, there is a wardrobe of fragrance options, too… 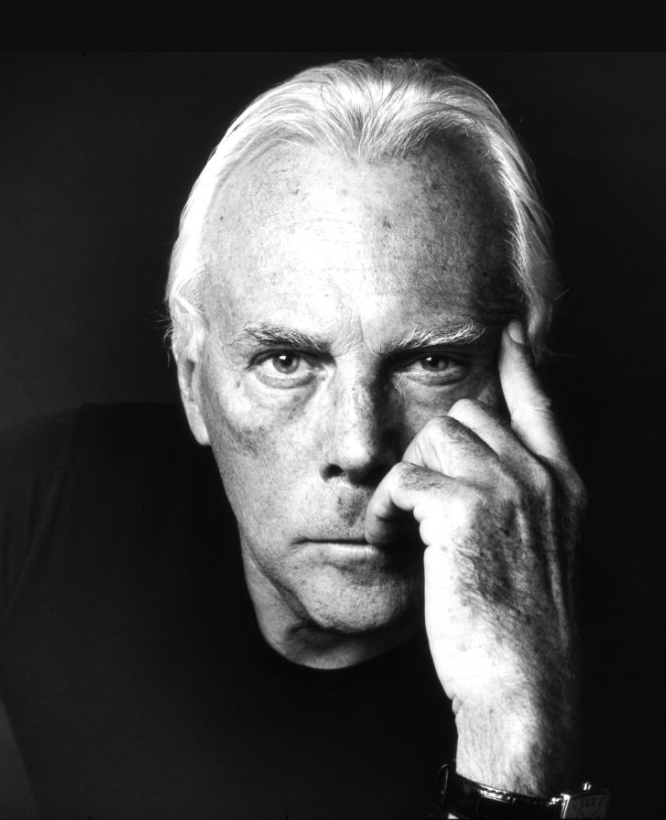 Giorgio Armani started his career as a display assistant and buyer for the famous Italian department store group, La Rinascente. He moved on to designing for Nino Cerruti, and in 1970 launched his own pieces – notably men’s leather bomber jackets. Armani’s designs were a world away from the suited look Italian menswear was known for – using softer, cooler fabrics like linen, and unconstructed tailoring.

By 1975, he’d launched his own label – with just $10,000. A year later, Giorgio Armani was introduced to the US via an exclusive with Barneys department store. But what probably did mody to imprint Armani onto our consciousness at that time was the film ‘American Gigolo’, with Richard Gere, in which the actor wore exclusively his designs throughout what’s become a classic movie. (It was the first of countless cinematic and operatic collaborations.)

Soon after his menswear debut, Giorgio Armani was creating womenswear, too – often in a palette of soft blue, black, brown, grey and greige, which has become a signature. ‘I have something of a habit for neutrals,’ Armani’s on record as saying. American Vogue’s editor-in-chief Grace Mirabella described his hallmark as ‘Style without excessive design. Armani dresses busy women who can’t be occupied with themselves.’ In 1994, Vogue named four great classics of women’s fashion: the Chanel suit, the Hermès Kelly bag, the Manolo Blahnik pump – and the Armani jacket. 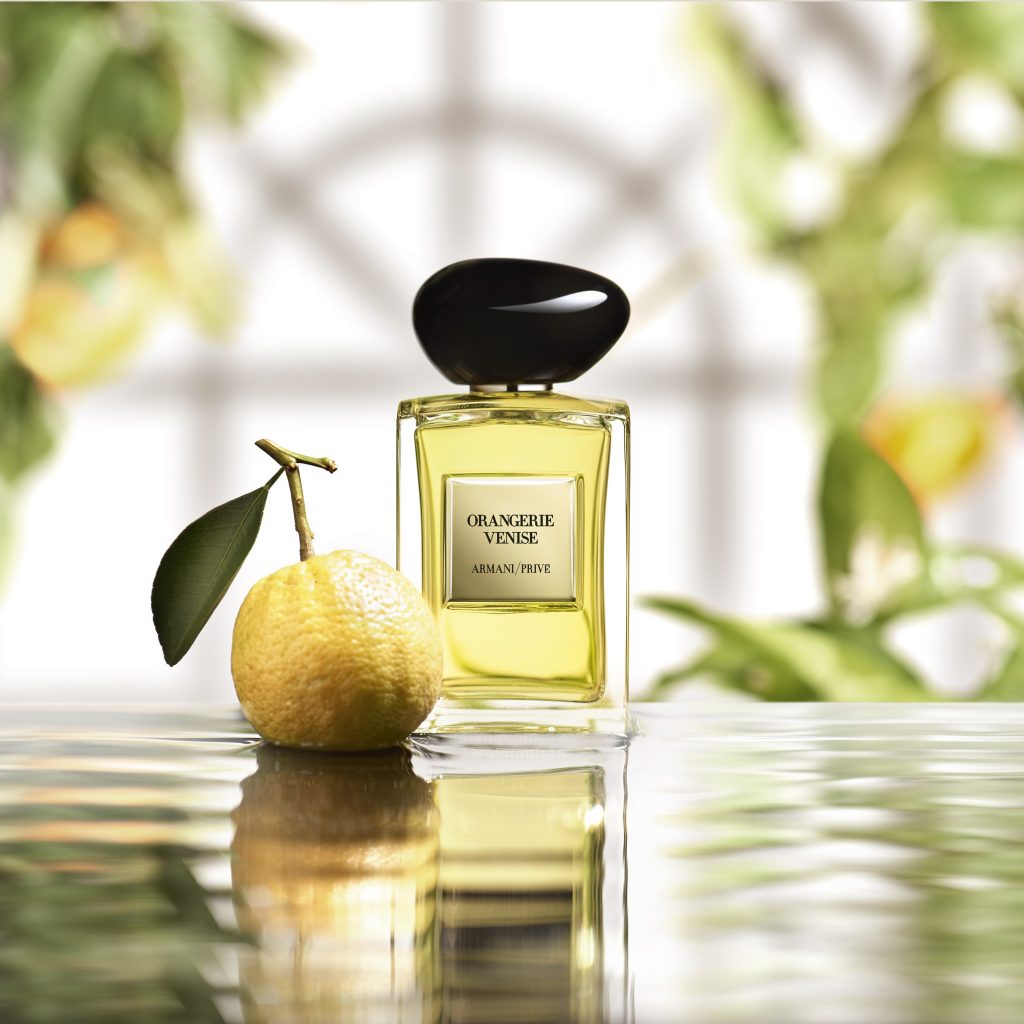 From the late 1980s, when he opened a store on Rodeo Drive, Giorgio Armani became a go-to designer for the most famous names in Hollywood. Jodie Foster, Michelle Pfeiffer and Julia Roberts were styled by Armani for big nights – as Vogue put it, ‘even before the word “stylist” came into popular usage…’

And the love affair with Armani endures, among stars and among royals. South African Olympic swimmer Charlene Wittstock chose Armani for her marriage to Prince Albert II of Monaco – a duchesse silk and organza bridal gown, sparkling with 40,000 Swarovski crystals, 20,000 mother of pearl teardrops, and 30,000 gold-hued stones, catching the light.

At the other end of the spectrum, Lady Gaga has worn a cosmic hoop-skirted ball gown for the Grammys, and chose Armani for her ‘Monster Ball’ tour. So: what is Armani’s seemingly universal appeal? As the screen legend Sophia Loren once said, ‘An Armani dress doesn’t give you doubt or uncertainty. It’s an Armani, and that’s all you need.’

Famous for the sublime textures of his fabrics and their feel on the skin, since 1984 Giorgio Armani has also been delighting another of our senses, with equally gorgeous fragrances.

If we think of Armani’s fragrances as a complete wardrobe, then let’s start with the luxe, dressed-up Armani/Privé – fragrance couture, akin to an exquisite ballgown or a made-to-measure tux. Each showcases the natural beauty of a single unique and luxurious, precious ingredient, suited to an array of moods and designed to be worn and enjoyed by confident men and women alike – like Orangerie Venise, above, a shareable, light-filled interpretation of the classic Cologne – a zesty breath of summer, bottled. Or Pivoine Suzhou Eau de Toilette, inspired by the beautiful gardens of Asia. Or – for rose-lovers – Rose Alexandrie, a dedication to the rose by Giorgio Armani, who ‘wanted to create a fragrance which paid tribute to… the contrast in this strong and fragile flower.’ 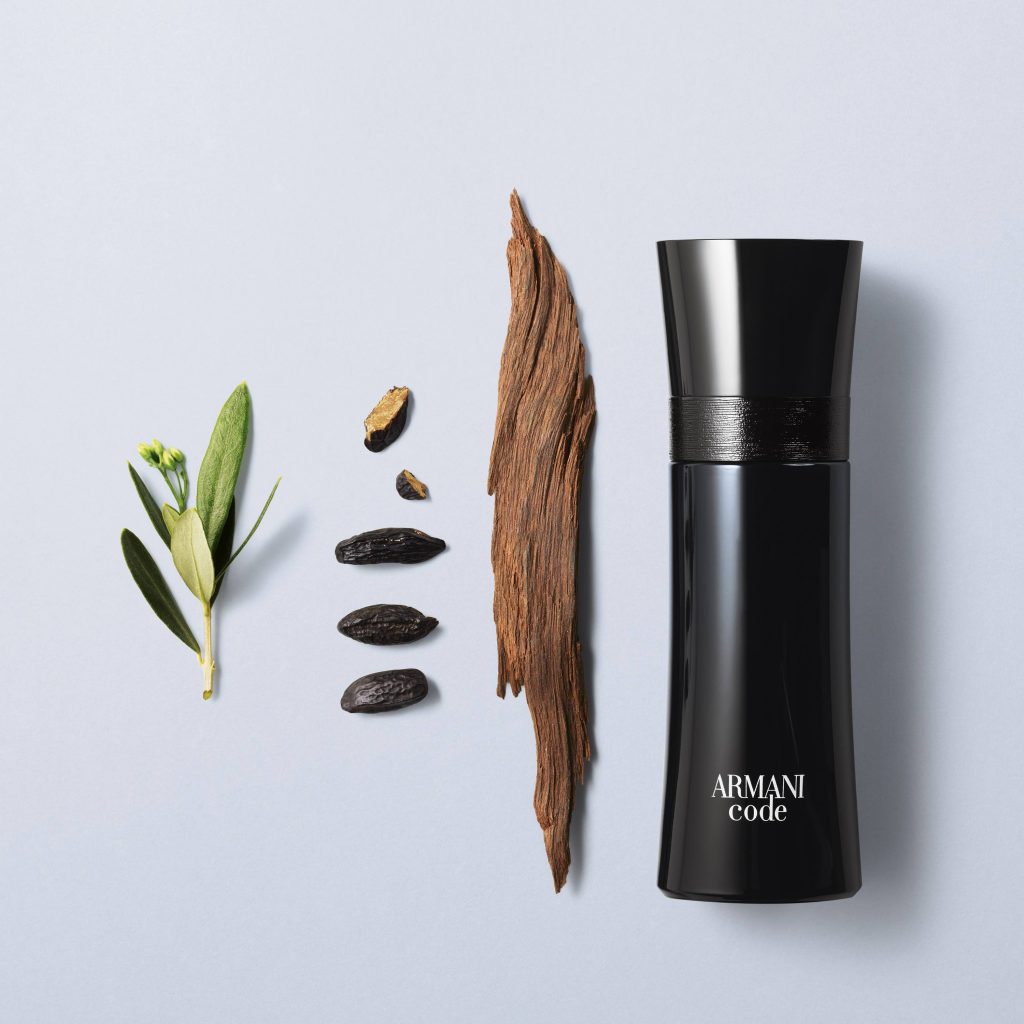 Then we’ll move on to the the Armani fragrances, most notably Code (for men, right) and Sì (for women). Infinitely chic yet sublimely wearable – the scent equivalent of an Armani suit, or a jacket, or a perfectly draped shirt. Each is inspired by the elements of nature – truly, ‘invisible sophistication’, a collection of timeless yet vibrant, fluid and simple fragrances that echo Armani’s fashion designs.

Sì, for instance, is a study in fragrant contrasts that Giorgio Armani describes as ‘my tribute to modern femininity, an irresistible combination of grace, strength and independent spirit.’ It’s a masterful ‘reinvention’ of the classic Chypre family of fragrances for our modern times, captivating the senses with its three accords: cassis nectar, a modern Chypre accord, and light musky woods. And if you love this, you’ll surely adore Sì Passione, with its stunning red bottle, a bright, sensual creation which ‘mirrors the same emotions and self-assurance that a swipe of red lipstick can instantly give the wearer.’

The men’s fragrances, meanwhile, span fresh and invigorating to sensual and intense – long-lasting on the skin, lingering in the memory. Armani Code Absolu, in particular, reflects the trend that we’re seeing for male fragrances with higher concentrations of fragrant oils, which endure all day (and all night, too).

And last but oh, by no means least, we have the Emporio Armani ‘wardrobe’: pairs of utterly contemporary, spirited and youthful fragrances that echo each other’s mood but can of course be worn and enjoyed individually. 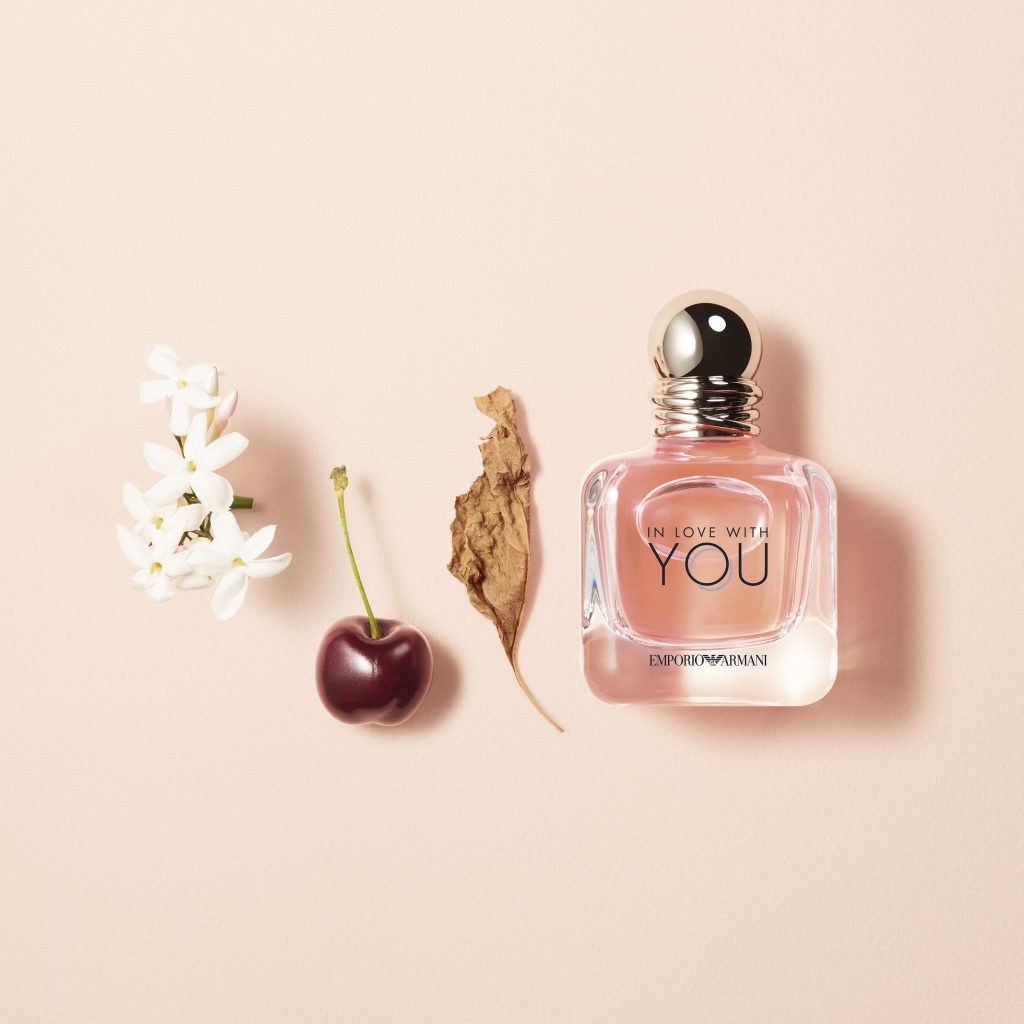 Stronger With You ‘lives in the present, folded by the energy of modernity,’ with a confident elegance and the easy nonchalance of youth, conveyed by sage at the aromatic heart of the fragrance. But the true seductive powers of this fragrance emerge over time as the notes unfold on the skin, revealing warm spices, smoky Vanilla Jungle Essence TM and a sugar-coated chestnut accord.

Its feminine counterpart In Love With You, meanwhile (left), offers us sensual and so-addictive notes of black cherry, jasmine and vanilla. And the stunning cap design for this pair of fragrances, meanwhile, takes its inspiration from the rings Giorgio wears on the third finger of his left hand – one worn by Giorgio himself, and one by his partner, Sergio Galeotti. And you might like to know that the YouTube series accompanying the fragrances, ‘Together Stronger’, has become a sensation in its own right, notching up more than eight million viewers.

As the great man himself once said, ‘A perfume is more than an extract. It is a presence in abstraction. A perfume, for me, is a mystique…’ Quite so.