Etat Libre d’Orange: just the name itself tells you that this is no ordinary perfume house. Founder Etienne de Swardt describes it as ‘ambitious, audacious perfumery – passionate, exuberant, liberated’. 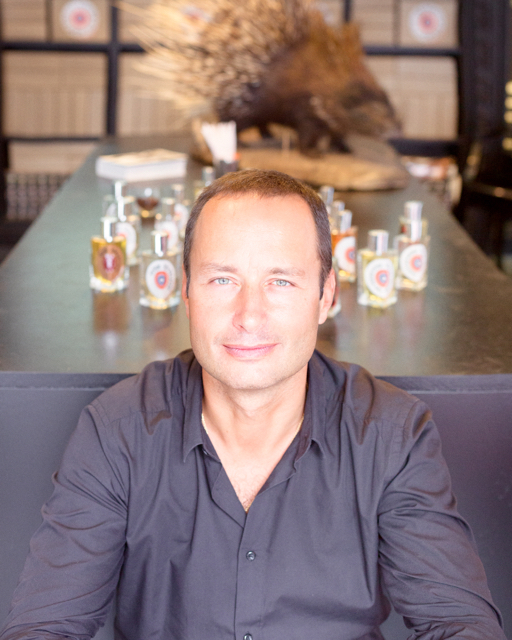 But it’s also ‘intelligent, with a point of view’: Etat Libre d’Orange‘s fragrances – well over 25, in all – make you think, as well as making you smell wonderful. They are, he explains, ‘designed to disturb, to touch, to tempt, to thrill.’ And – because this is often what we want from a fragrance – ‘to seduce, seduce, seduce…’

Etienne de Swardt first made it onto our radar, believe it or not, with a pair of fragrances called Oh My Dog! and Oh My Cat! – luxe fragrances for (yes) pets, and hugely successful. Raised in South Africa (the name of his fragrance house translates as ‘Orange Free State’, where he was born), Etienne  moved to New Caledonia – and on to Paris, first to business school before joining luxury house LVMH.

In 2006 he chose to launch to a fragrance line for people – smart, curious people. From the word ‘go’, Etat Libre d’Orange took risks – allowing perfumers creative freedom to produce extraordinary scents, but also taking a wink at mainstream perfumery. Mavericks, for sure – but much-loved by the perfume cognoscenti, who seek out these anything but ordinary creations in chic perfumeries worldwide, including (in the UK) The Conran Shop and Les Senteurs. (Or make a pilgrimage to the Etat Libre d’Orange flagship store, where the corner location echoes the shape of the bottle, as it happens…) 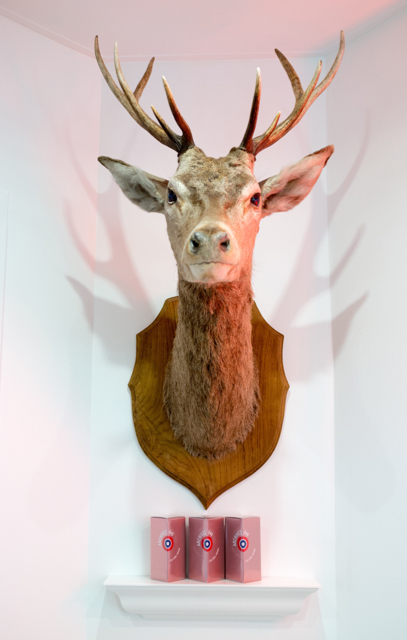 As Etienne explains, ‘Much of our strength and inspiration comes from our location – which also serves as a metaphor for our philosophy. 69 Rue des Archives is located on a corner in the centre of Paris, in the quarter known as Le Marais. We are at the intersection of all that is exciting and notorious in this unique neighbourhood. We are at the crossroads, a perfume house with imagination.’ And with its stuffed animals and quirkily upholstered furniture, we can absolutely guarantee that you will never have stepped inside a perfumery quite like it. (Just don’t expect to leave, for a while: there are quite a few Marais exclusives to explore…)

Only Etat Libre d’Orange, perhaps, would dare to make something that blends notes of ‘milk’ and ‘blood’ and an ‘adrenaline accord’. That’s Sécrétions Magnifique, by Antoine Lie – of which blogger Victoria Frolova, a.k.a. Boisdejasmin, comments: ‘The fragrance manages to spark the imagination and to make one think about scent in a new way. So, what of its unconventionality…? I would rather be challenged than be bored.’

Then there’s Fat Electrician – from Antoine Maisondieu. The ‘tale’ behind it (Etienne loves to weave a story around his fragrances) evokes an innocent but alluring young American man who seduces women of ‘a certain age’, breaking hearts in Palm Beach – before ending up in New Jersey, after his beauty and prowess fade, as a (yes) fat electrician. Anyone who buys it on name alone is in for a surprise: it’s vetiver-rich, with touches of vanilla bean, myrrh and opopanax. 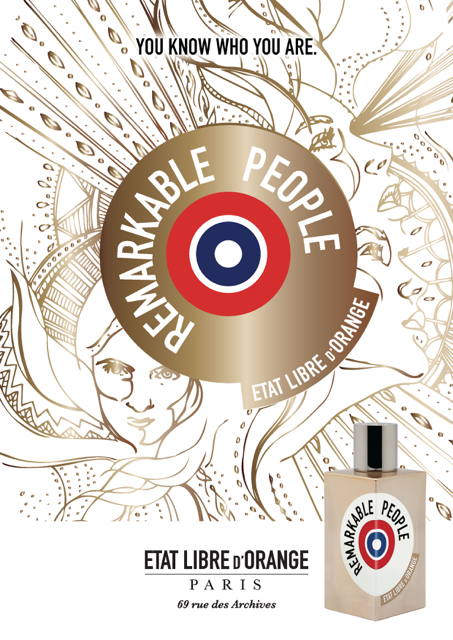 Etat Libre d’Orange‘s Like This is no ordinary ‘celebrity collaboration’, either: it was created by Etienne in tandem with the enigmatic British actor Tilda Swinton. (We recommend spending an utterly mesmerising two-and-a-half minutes listening to Tilda Swinton on Soundcloud here, reading the Rumi poem ‘Like This’ which inspired the fragrance…)

As she told The Cut, ‘I thought about how great it would be if I could have a smell that would keep me at home wherever I was. So I started to think about my home smells, and the principal ingredients became ginger, baby carrot, pumpkin. I’m a November child – a pumpkin child – so this whole idea of orange is there. It smells like the only home I have: my house in the north of Scotland.’ Highly acclaimed, Like This went on to win a Fragrance Foundation Award…

Remarkable People (which was unveiled in 2015) is a sublime blend of grapefruit, cardamom, jasmine, black pepper, labdanum and sandalwood, given sparkle by a Champagne accord. 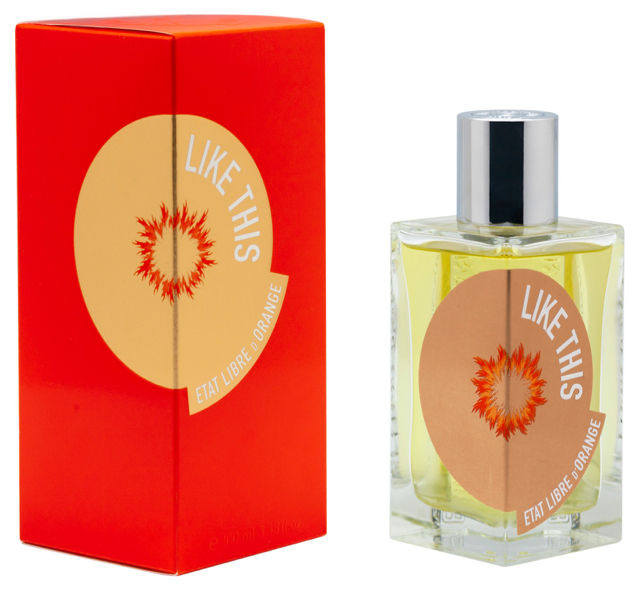 And what Etat Libre d’Orange says of this addition to the thought-provoking line-up just about sums this perfume house up, actually…

‘New heroes are born every day. There is an element, or an event, or a circumstance, or maybe just a quirk in their personalities that changes them, empowers them, enables them to transcend the ordinary. They believe in something different, something better. They want to change the rules, break the rules, alter the status quo, in whatever grand or small way they find meaningful…”These are our people,’ the statement continues. ‘The remarkable citizens of Etat Libre d’Orange, the Orange Free State. The “un” people – uncompromising, unconventional, unpredictable. We salute them, we honour them, by offering the extraordinary fragrance they deserve.’

Make that ‘fragrances’. Make a note to check them out. And make up your own mind which of the creations from this remarkable fragrance house makes you think, makes you smile – and seduces you…