With its imperial eagle symbol, combined with Giorgio Armani’s own initials to create a logo that’s so  recognisable at 30 paces, Emporio Armani – the designer’s vision of a new, more ‘democratic’ fashion line – was born in 1981.

The Emporio Armani label was first seen on jeans, shoes, t-shirts and sportswear, with the debut Emporio Armani boutique opening on Via Durini in Milan. (For more about the legendary Giorgio Armani‘s own history, click here.)

In 1984, the first Emporio Armani billboard – four male models in relaxed suits, reading newspapers – went up in Milan, with another greeting visitors to Italy’s fashion capital at Milan’s Linate airport. Since then, this Armani line has assuredly and stylishly conquered the globe. 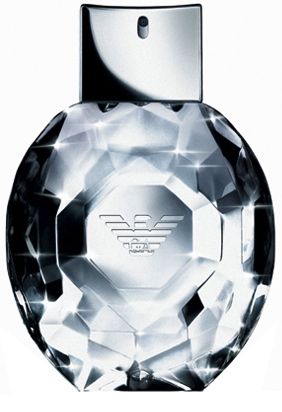 But don’t expect ‘supermodels’ on the Emporio Armani catwalk – even though, in real life, Armani’s labels are a go-to for so very many stars. As the revered Italian designer – one of the greatest of our contemporary age – told The Telegraph‘s Hilary Alexander, ‘During a fashion show, I want the clothes to speak. The effort I put into my work must be respected. Far from the catwalks, however, it is personality that must come to the fore – as well as the capacity to interpret a dress. A brain is more important than a body…’

For any designer, fragrance becomes the essential accessory to their vision – and Emporio Armani has been capturing hearts with perfume since 1998, when the innovatively-packaged men’s and women’s He and She scents were first launched. (Rather than a box, each sleekly-designed, smooth-to-the-touch, go-anywhere spray came packaged a little like the world’s chicest milk carton.)

The original Emporio Armani She fragrance has become a true classic: a sublime floriental, in which jasmine, cardamom, cedar and musk take centre stage, softened and sweetened by an addictive vanilla. Soft and feminine, it’s so wearable – and created to reflect the individuality of the modern woman. 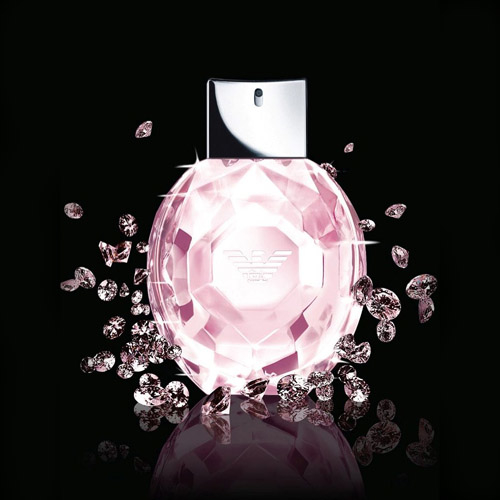 Since then, dazzling introductions have succeeded in seducing a new generation of Emporio Armani fragrance-lovers. The glamorous and elegant Diamonds She was inspired by the purity of the precious white gem; Armani himself said of this surprising gourmand fragrance, ‘I wanted a fragrance that reflects the sparkle, strength, brilliance and sexiness of the Emporio Armani woman.’ That audacious feeling is delivered by a heart of rose, with touches of litchi and raspberry – and the sexiness of woods and amber – and the bottle’s facets feel like a diamond in your palm…

So successful has Diamonds become that it’s been joined Emporio Armani Diamonds Rose, a fresh interpretation of the original fragrance for women, with raspberry and blackcurrant giving a brightness to this petal-powered, shimmering creation, with its striking pink faceted bottle.

The Diamonds tag-line sums the whole fragrance line up, really. ‘Can you resist…?’

Because as the phenomenal worldwide success of this iconic brand has shown, very few of us indeed can resist Emporio Armani…