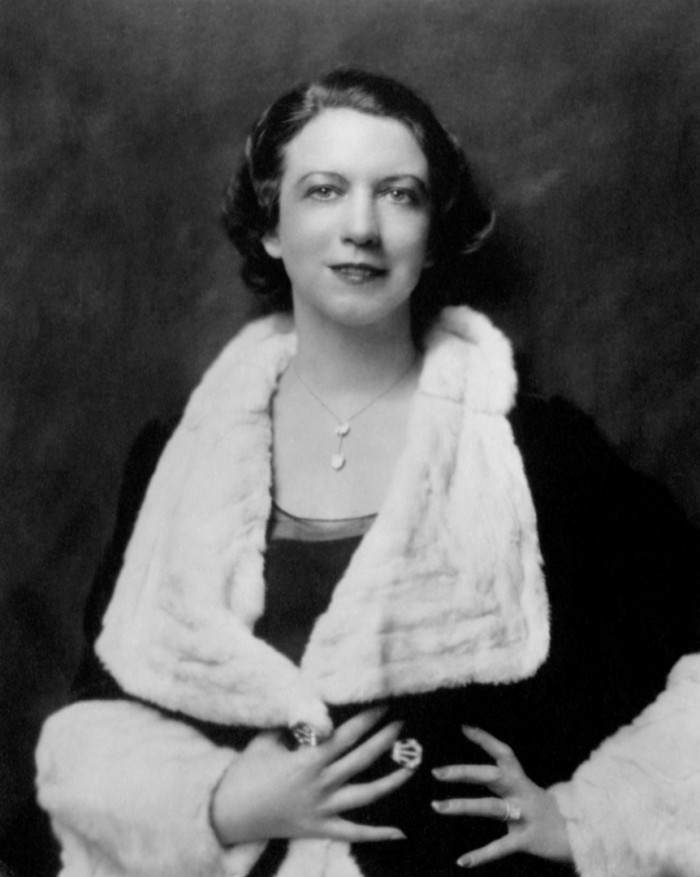 ‘To be beautiful is the birthright of every woman,’ was Elizabeth Arden‘s philosophy. And that’s what she worked towards helping every woman feel, throughout her extraordinary business career.

Born in 1884 in Canada, this pioneering cosmetics and fragrance entrepreneur opened her very first spa on Fifth Avenue in 1910. Having dropped out of nursing school, Elizabeth Arden spent time working as a bookkeeper at a Manhattan pharmaceuticals company, spending fascinating hours in the lab learning about skincare. (Later, she was the first to bring a scientific approach to skincare formulations.) And – briefly – she became a beauty therapist, a stepping stone to launching her own venture. At that time, it was rare for a woman to wear make-up – let alone start her own business.

But from this imposing building – with a bright red door that’s still synonymous with her company all these years later – Elizabeth Arden began to build one of the world’s first global beauty brands. Her career’s actually littered with ‘firsts’, but think on this: Elizabeth Arden was the first to match make-up to skintone, the first to offer travel sizes of cosmetics, the first to assign beauty advisors to cosmetics counters, even the first to put a company name on a product: Elizabeth Arden Ardena Skin Tonic.

On a trip to France, she learned the facial massage and beauty techniques which kept Parisiennes smooth-skinned and youthful – and brought them back to America, along with a collection of tinted powders and rouges she’d created. Now, Elizabeth Arden certainly believed in women’s rights – but that didn’t mean you couldn’t be pretty. When she marched along Fifth Avenue along 15,000 suffragettes, they were all wearing red lipstick as a sign of strength. During World War II, we’re told, she created cosmetics for women who worked in the military. Her approach was actually what we’d call today ‘holistic’: as far back as the 1920s, Miss Arden was encouraging women to stay hydrated, to practice yoga daily, and avoid sun damage.

Her philosophy – and her products – were embraced around the world; through hard work and an innate understanding of what women wanted, Elizabeth Arden went on to become one of the wealthiest women in the US – often credited with making cosmetics ‘acceptable’ in smart society.

So perhaps it’s no surprise that in 1946, Elizabeth Arden was one of the very first women in the world to make the cover of TIME Magazine. We’re pretty sure we know the name of the fragrance she’d have worn to that photoshoot: Blue Grass. Created sometime between 1934 and 1936 by perfumer George Fuchs (of the Grasse fragrance house Fragonard), Blue Grass – which can still be enjoyed today – was created to celebrate the scent of the grassy pasture where Elizabeth Arden bred her beloved thoroughbred horses. (Eight Hour Cream, another celebrated Arden creation, was originally formulated for soothing those horses’ bruises…)

Red Door, introduced in 1989 – that oh-so-famous red door – went on to become a fragrance bestseller. Since then, women have been ableto enjoy the liquid refreshment that is Green Tea (and the many different variations on its cool, summery elegance that have followed, as limited editions). 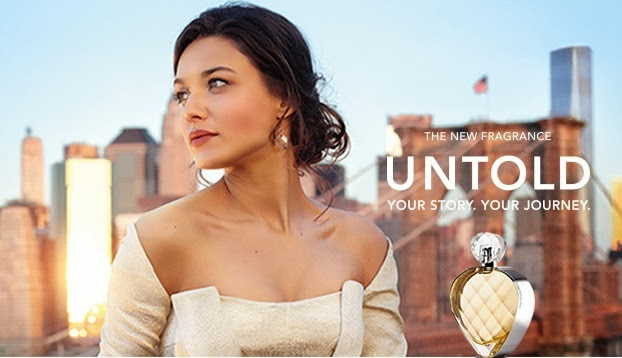 Most recently, Untold was unveiled in 2013: a new chapter in Elizabeth Arden‘s fragrance history, it embodies downtown ‘New York cool’. Created by perfumer Clément Gavarry, the notes are said to embody different facets of a woman’s femininity. So you’ve pink pepper and bergamot to evoke our ‘vibrant’ side. Gardenia petals and Egyptian jasmine are ‘refined’, while patchouli and sandalwood are ‘mysterious’. And ‘heated’ ambers and musks smoulder in the base, to tap into the ‘sensual’ dimension to our nature… Women have come a long way, since 1910. (Thank heavens for that.)

But we can’t help but agree with Elizabeth Arden that to be beautiful – and to smell beautiful, too – still really should be the birthright of every one of us…