Child actors Mary Kate and Ashley Olsen have grown up – in the most amazingly stylish way, as their fashion designs and ‘Elizabeth and James Nirvana’ fragrance collection proves… 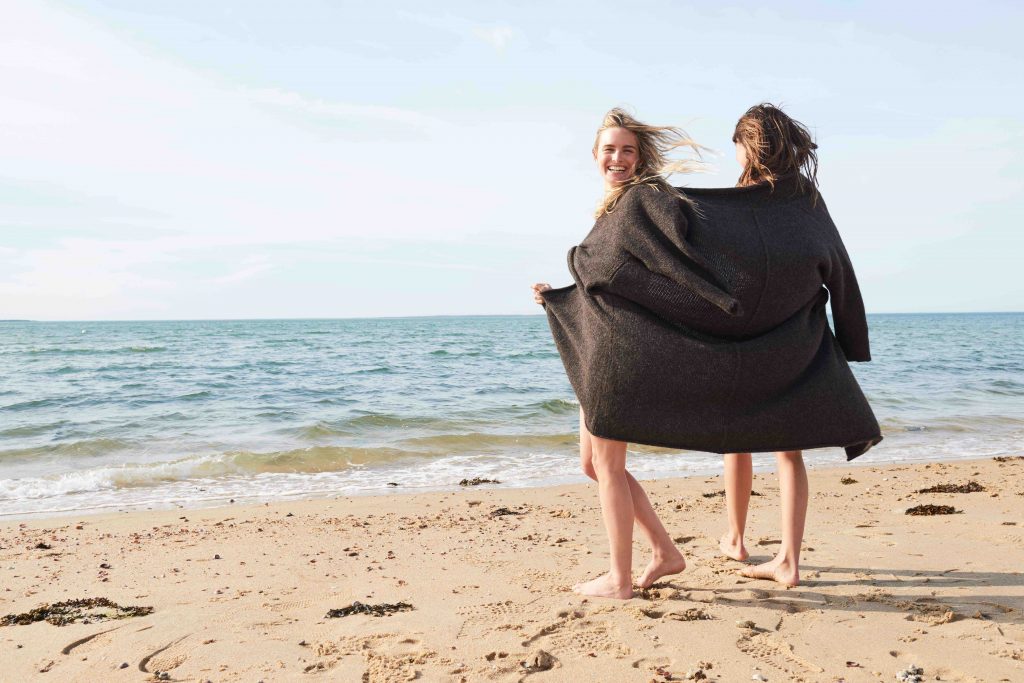 Widely-known and loved in the US, the twins began their careers at an incredibly tender age, making their screen debuts as infants (playing the same character, in turn) on the TV series ‘Full House’. From aged six, they were starring together in TV, film and video projects, which continued through their teenage years – and beyond. (As they commented in an interview with Women’s Wear Daily, ‘We’ve always worked round the clock. We’ve been working since we were nine months old!’

Aged just 18, they took control of their own production company – and their destiny. In 2007, Forbes ranked them (jointly) as the eleventh-richest women in entertainment, with a net worth of $100 million. They moved into fashion design, pursuing a shared passion – but few might have predicted the success of this career move, which has embraced boho chic, a couture fashion label ‘The Row’ (named after Savile Row in London), and Elizabeth and James, a contemporary collection inspired by many of the vintage finds and unique pieces in their own wardrobes. Impressively, their designs have won three separate Council of Fashion Designers of America Awards, the most coveted in the USA. 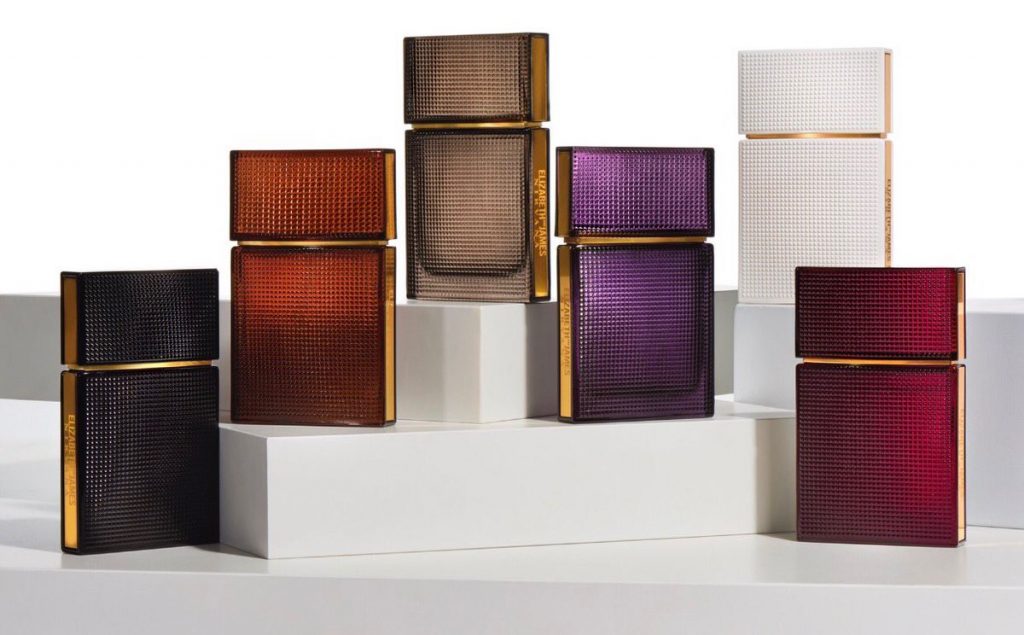 And since fragrance, of course, is the ultimate accessory, it makes sense that Ashley and Mary-Kate have added scent to their Elizabeth and James collection – setting out to evoke nostalgia and celebrate ‘a state of happiness and peace’. (The collection itself, meanwhile, gets its name from their Olsen siblings, who are called – yes Elizabeth and James.)

The cornerstones of the collection are Nirvana White and Nirvana Black. Nirvana White is soft, setting out to captivate via notes of peony, muguet and musk – sheer sophistication, in a bottle. (And as for that bottle? In itself, it’s inspired by a vintage treasure – wonderfully tactile.)

If Nirvana White is all about sunshine and light, Nirvana Black is its perfect sultry, dark counterpoint, smouldering with sandalwood, violet and rich vanilla – as they put it, ‘finding the perfect balance between masculine and feminine.’ (Accordingly, it smells fantastic on the skin of a man – if he dares.)

The collection has grown to include other stunning scents. (And some of the Elizabeth and James Nirvana collection is also available in ‘layerable’ options, from perfume oils to just the best-smelling dry shampoos we’ve ever spritzed.) There’s Nirvana Bourbon, a smokily sweet Ambrée-woody, blending vanilla Bourbon with oakwood and tuberose. Nirvana Rose, meanwhile, is another stunner – not a dainty rose, but a daring one, ‘a fragrance for the confident femme fatale’, as they put it, capturing the heart of a deep, velvety rose with notes of rose de Maï, geranium and vetiver. 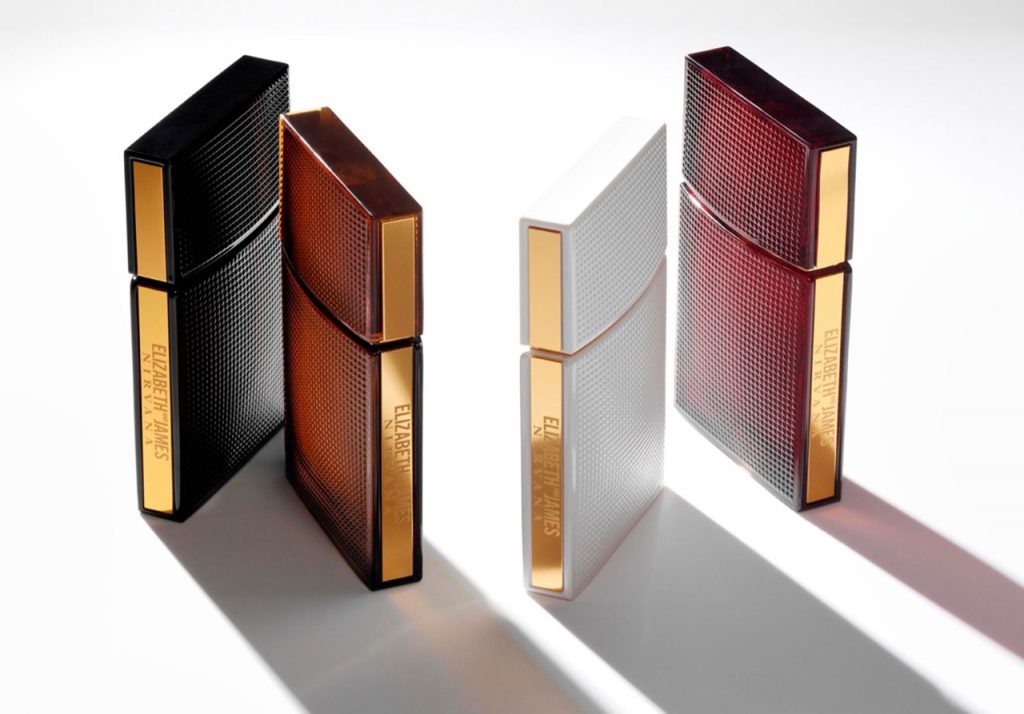 Nirvana Amethyst ‘infused with layers of refined tobacco’ – intriguing, even mesmerising, drawing you in with a balance of spicy cedarwood and sweet honeysuckle. And last but absolutely not least comes Nirvana French Grey, which seeks to take us on a magic carpet ride to the lavender fields of France, with its fresh-floral bouquet of lavender, drizzled with honeyed neroli, on an earthy musk base. ‘Amethyst and French Grey continue to build upon the story of Nirvana as we further explore notes that Ashley and I are drawn to – dark and rich, light and floral,’ observes Mary-Kate. Adds Ashley: ‘Less is more in everything we do – and the juices of Amethyst and French Grey reflect that.’

Ultimately, their mission is simple: ‘We just want to help women feel however they want to feel. Every once in a while, we want to change our perfume or our haircut; we want to wear heels or flats. We just like to switch it up.’ And since it’s almost impossible to choose between the stunning Elizabeth and James Nirvana fragrances, we think you’ll have no problem doing just that.