EIGHT & BOB‘s eminently shareable original Cologne is a fragment of history, bottled in the most unusual style – and it now has some stunning ‘shelf-mates’ – including heart-stopping creations for women… 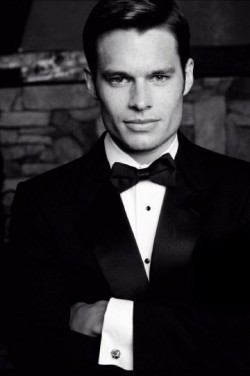 The story began with Albert Fouquet, a young Parisian aristocrat, in the early 20th Century. Albert was a perfume connoisseur who loved to blend his own essences, on the top floor of the family chateau. (Aided by Philippe, the family butler, so we’re told.)

The formula for the original bestselling Cologne was born out of a trip to Chile that Albert Fouquet made, on a plant-hunting mission, including essences distilled from rare wild plants discovered at high altitude. His social circle loved the fragrance he’d created, around these amazing botanicals – but Albert didn’t want to market it.

Then one night on the French Riviera, during his summer vacation, Albert met and got on incredibly well with a young American student, touring France in his convertible car. His name was John F. Kennedy.

JFK was, we’re told, ‘captivated’ by the scent his new friend was wearing, and persuaded him to leave a sample of the Cologne at his hotel. The note apparently teased: ‘In this bottle, you will find the dash of French glamour that your American personality lacks.’ 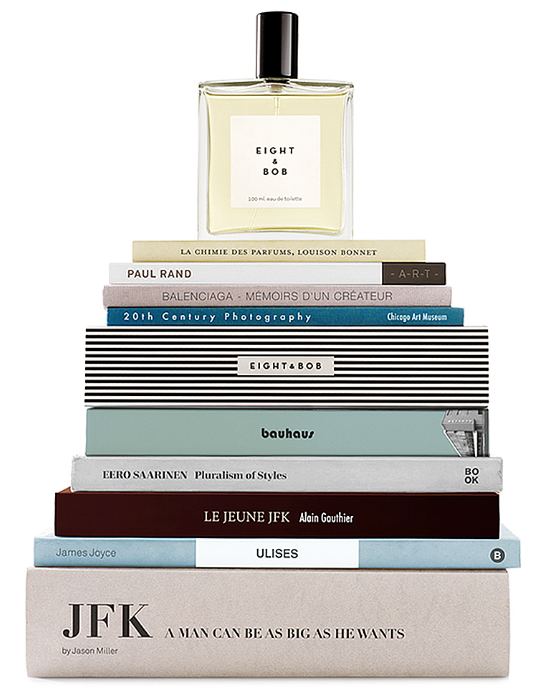 When he returned to Paris after the holiday, Albert got a letter from John, thanking him for the gift – and requesting eight samples, for his friends. ‘And,’ he added, ‘if your production allows, another one for Bob.’ (The family’s name for Robert F. Kennedy, the future President’s brother…)

Albert searched for some beautiful glass bottles and eventually found some in a Parisian pharmacy which he felt were worthy of his Cologne. Last but not least, he ordered boxes for the Colognes, decorated with the same pattern as the shirt JFK was wearing, when they met. And so EIGHT & BOB was born.

To his astonishment, commissions started arriving via letter from Hollywood, from actors like James Stewart and Cary Grant. They’d happened upon EIGHT & BOB through acquaintance with JFK‘s father, who’d once been involved in the movie industry.

And then tragedy. Albert Fouquet died in a car accident in Biarritz in spring 1939. Philippe, his butler, continued dispatching orders for a while, until World War II put an end to his employment with the Fouquets. The final shipments were hidden in books, carefully hand-cut to prevent the Nazis from confiscating the Cologne. 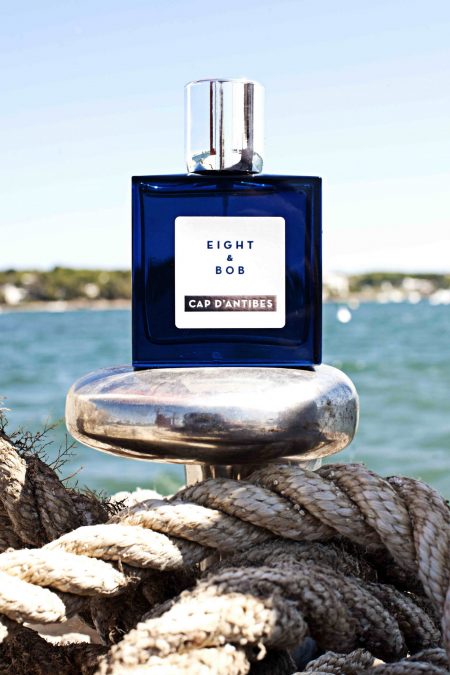 Thanks to the family of Philippe, that stalwart butler, the formula has now been recovered, along with details of its artisan production. (And if you like, there is the romantic option of buying your bottle of EIGHT & BOB ‘hidden’ in a book.) Even today, supplies of that very special Andean ingredient are limited – which in turn decides the number of bottles of EIGHT & BOB which can be produced in any given year, depending on that harvest.

The original, classic EIGHT & BOB now has many shelf-mates, including Cap d’Antibes. ‘For Albert Fouquet,’ so we’re told, ‘Antibes was heaven. In this charming village on the French Riviera, Albert enjoyed long holidays during the 1930s in the company of the elite of European aristocracy – holidays that extended from spring until the last days of summer. At that time, only a few were privileged enough to enjoy the elegant and discreet luxury of spending the summer months on the French Riviera.’ 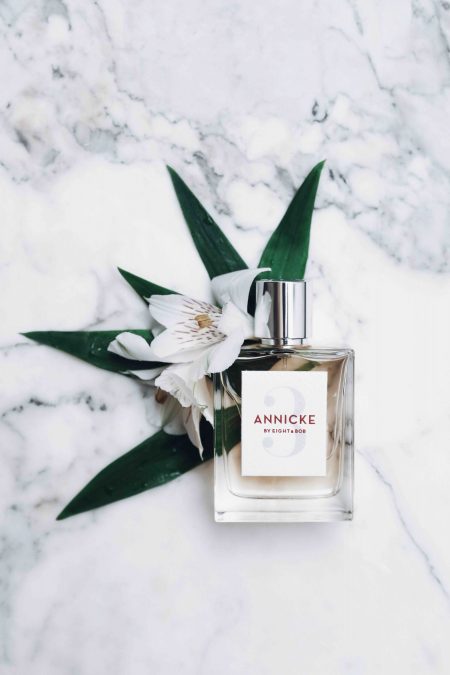 ‘Unforgettable mornings were spent sailing in the Grande Bleue, golden sunsets were enjoyed from the gardens of the Eden Roc hotel, and balmy evenings were enlivened with exclusive celebrations and charming parties. Albert dreamt about these summers during the cold Parisian winters, we are told. ‘ any artist who strives for perfection, he spent many weeks delicately crafting a fragrance that captured the essence of his memories of those summer days.’

Further fragrances have followed in the footsteps of Albert’s travels. Egypt (inspired by a visit as a young man); Champs de Provence, capturing the Provençal countryside where he liked to stay with wine-growing friends; and Nuit de Megève – a tribute to a somewhat cooler playground of the wealthy, in the French Alps, and to a high society soirée where Albert was introduced to the strikingly beautiful Annicke.

Ah, Annicke. His muse has become inspiration for Eight & Bob‘s contemporary collection for women: a debut line-up of six numbered fragrances, with something to match every scent-lover’s preferences. We’re told that each time Albert met with Annicke, he liked to surprise her with a new creation, ‘an aromatic gem for her growing collection.’

Floral-juicy Annicke 1, for instance, is ‘soft like a caress’, offering the purity of lily of the valley, garlanded by jasmine and musk. Annick 5 leaves sensual Ambrée traces on the skin, with honey drizzled over accents of rum. Or you might prefer the refined elegance of Annicke 3, gardenia and jasmine at its sophisticated floral-Chypre heart.

Each is a story, bottled. A romance. And each will take you on a journey – as only fragrance can…