From fostering the passion for motor cars to creating award-winning, beautifully designed fragrances, the journey of quintessentially British Dunhill London has never been dull for a moment. Here’s the story… 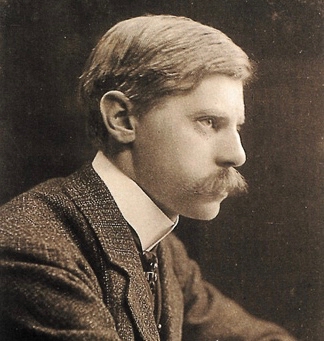 At the dawn of the age of motoring, Alfred Dunhill’s creative spark and resolute spirit led him from apprentice at his father Henry’s leather, tarpaulin and equine goods store, to owning a business that now spans the world. In 1893, the visionary Alfred moved this family harness-making business towards motor accessories and clothing. In 1896 the Public Highways Act was passed in parliament, fuelling this new craze for motoring (despite the fact that there were only 20 cars on the road at the time!). Alfred grasped the opportunity to grow the business, inventing the term ‘Motorities’, using a slogan that promised ‘Everything But https://perfumesociety.org/wp-admin/edit.php?post_type=productThe Motor’, selling clothing, goggles and all the necessary equipment these fast-living go-getters might require. 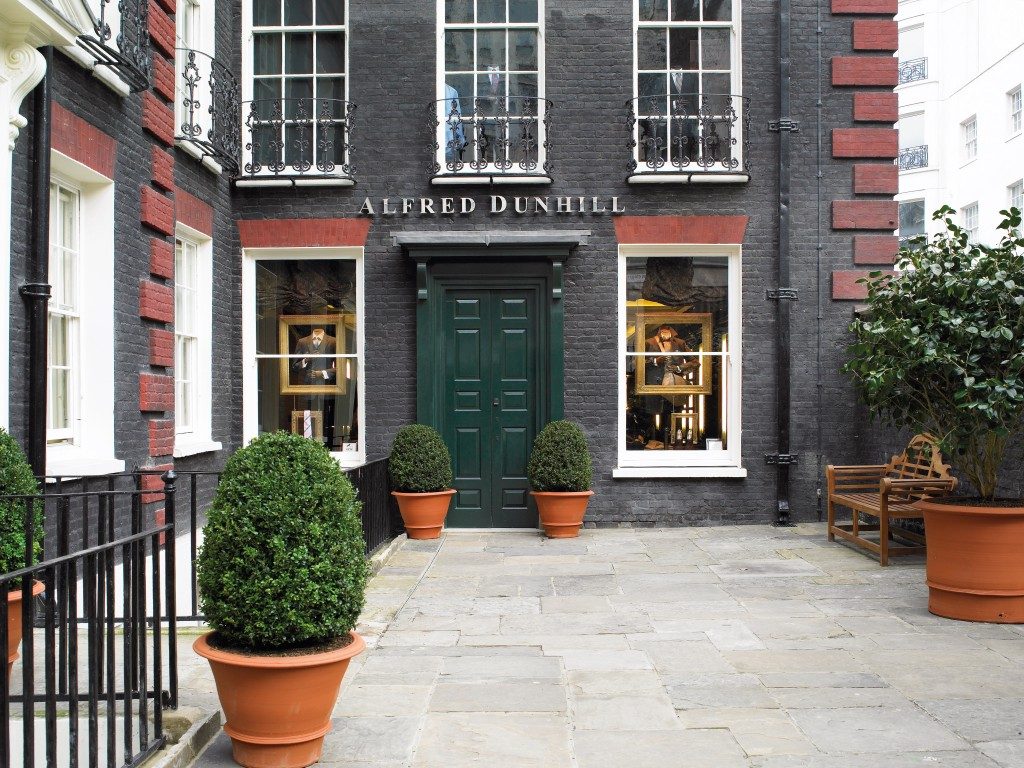 Always ahead of the game, Alfred invented the dashboard clock, launched in 1903. With a nose to something more fragrant, he then unveiled the ‘Windproof Pipe’ in 1904 (allowing drivers to enjoy their smoke on-the-go). Pursuing this interest in tobacco-related paraphernalia, in 1907 Alfred opened his second business in Duke Street – which eventually expanded into the Jermyn Street boutique Dunhill still occupy today. (There is also now a splendid flagship on Mayfair’s Davies Street, in a Georgian townhouse, pictured right.) The first Dunhill wrist watches and pens joined the collection 1926.

Countless fascinating tales are woven into Dunhill’s history. Having gone on to open outpost in Paris, selling luxury goods for the city’s refined gentleman, customers included a Mr. Pablo Picasso, who purchased a Dunhill cigarette lighter that he etched with a portrait of his lover, Dora Mar, before giving it to her as a present. When the London Dunhill store was destroyed by a Luftwaffe bomb, Alfred Henry Dunhill Jr. (son of Alfred) was not be defeated. With that ‘make do and mend’ attitude adopted by so many during the war, within 24 hours he simply set up a table right in front of the ruined building and began to sell pipes again. 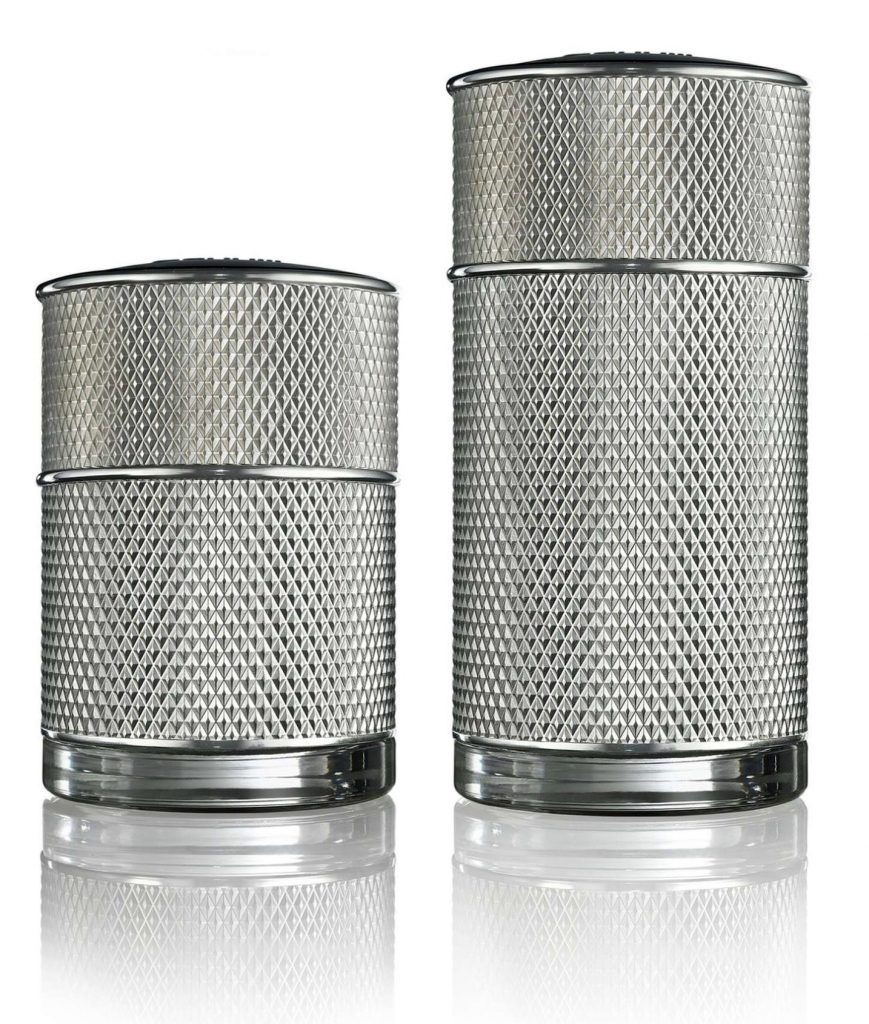 Elegance and style became the watchwords of Dunhill, who in 1976 expanded their clothing line to offer blazers and tuxedos, ties and more. Their signature, always: exquisite design and a fanaticism for quality and craftsmanship. This certainly extends to the creation of Dunhill’s fragrance wardrobe. Amazingly, the brand’s first fragrance actually dates back to 1934: Dunhill For Men. Since then they’ve gone on to expand what is ‘technically’ a male fragrance portfolio – but our experience is that women often find the fragrances eminently borrowable.

2015 marked the unveiling of – literally – a new Dunhill icon, and a new landmark in its fragrant story. From the masterful Carlos Benaïm, Dunhill Icon is a sleek and racy number, the Italian bergamot and neroli absolute fused with a pulse of black pepper, cardamom and Provence lavender, encased in a pleasingly textured and weighty bottle, left, whose engine-turned finish doffs the cap (and goggles) to their peerless motoring heritage. Indeed, in 2018, Dunhill Icon Racing – a natty blend of citrus with a swoon-worthy heart of orange blossom and vetiver rich dry down – won a coveted Fragrance Foundation Award for Best New Male Design & Packaging, the luxe flacon suitably arrayed in racing green this time.

Since then, Icon’s been joined by the equally suave Dunhill London Century – a totally sharable, ultra-suave sandalwood and cardamom with whispers of neroli and incense-like olibanum in the base.

Archetypically British with an edge of derring-do, the name of Dunhill remains synonymous with a style that never dates.