What can we say about Donna Karan? She’s the queen of easy-to-wear clothing – and equally easy-to-wear fragrances. 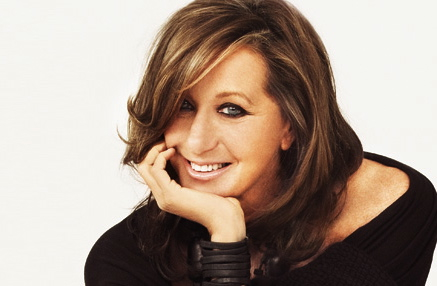 Fashion is in Donna Karan‘s DNA: her father was a tailor, her mother a long-limbed showroom model. A graduate of New York’s famous Parson’s School of Design, she first made her name working for Anne Klein, before launching her own label in 1984.

Her collection was about more than mere clothes: what busy working mother Donna Karan realised was that women needed a modern system of dressing – an interchangeable capsule wardrobe (originally, just seven easy pieces) which could take a woman from desk to dinner, from day to evening, weekday to weekend and season to season. And how we loved that… As Donna herself says:  ‘I try to think about every woman and work out which parts of her body need help and how to cover them up. I’m a great believer in accentuating the positive and deleting the negative.  And my job as a designer is to make it easier for a woman to dress.’

When the label DKNY came along in 1989, younger women were able to discover Donna’s signature ease and style:  fast fashion with an urban mindset. DKNY Men and DKNY Active followed. (Home accessories and children’s clothes, too.)

The bottle for Donna Karan’s first, signature fragrance was designed by her sculptor husband, Stephan Weiss, to echo the curve of a woman’s back. Donna wanted ‘a fragrance to seduce the senses’, and called it Cashmere Mist. Women everywhere wanted to cocoon themselves in this sheer, sensuous floral, which captured the touch-me sensuality of cashmere in a bottle. Her brief: it should smell  like ‘Casablanca lilies, red suede – and the back of Stephan’s neck…’  And because with Donna it’s all about the lifestyle, products to layer soon made their way onto our bathroom shelves: Body Lotion, Deodorant and more, veiling women’s skin in notes of orchid flower, bergamot, lily of the valley, amber and vanilla. 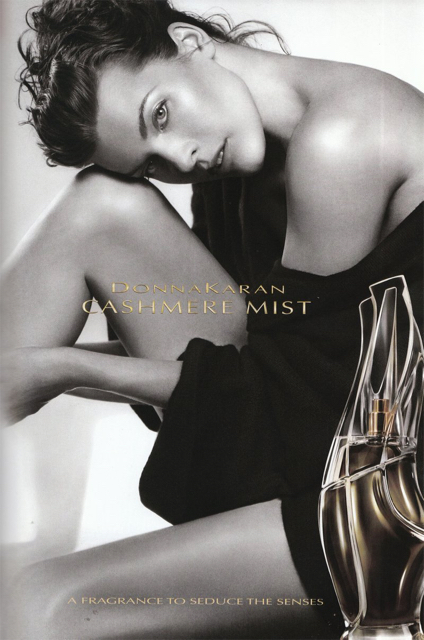 That was just the first in a series of bestselling launches – including the ‘Delicious’ collection, which takes a big, juicy bite out of Donna’s ‘Big Apple’ home of New York City, capturing the vibrancy and excitement of that city in Be Delicious, Golden Delicious, Red Delicious and more… (Click here to read more about the fragrances in Donna’s DKNY portfolio.)

She’s enjoyed huge success as a designer of both fashion clothing and fragrances. But today for Donna Karan it’s also all about ‘giving back’.

One of her earliest philanthropic visions, in 1990, was the 7th on Sale annual designer sale in New York, which she initiated with American Vogue to raise funds for AIDS research. Donna Karan‘s Urban Zen Foundation was set up to advance wellness, preserve culture and empower children; she still travels back and forth to Haiti, supervising the creation of artefacts which are sold in her stores to raise funds for the cause so close to her heart.

And if ever a woman embodied ‘the sweet smell of success’, we think it’s Donna Karan…