Is there scent-lover who doesn’t instantly recognise Diptyque candles flickering in a room, filling the air with their beautiful perfumes…? Fewer, though, are so familiar with the story behind this beautiful French fragrance and candle house, which actually began life at 35 Boulevard Saint Germain as a beautiful ‘bazaar’-like showcase for fabrics. 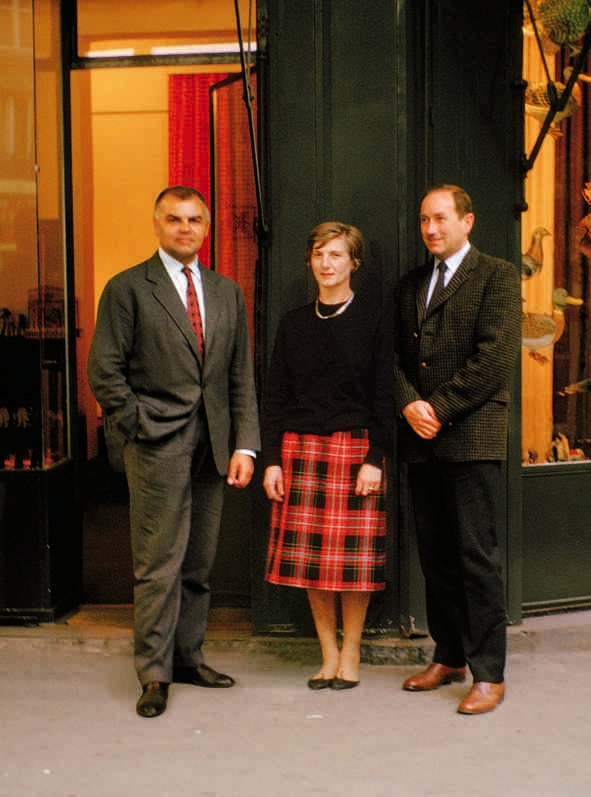 Diptyque was created by trio of talented individuals: interior designer Christiane Gautrot, painter Desmond Knox-Leet (who’d worked at Bletchley Park during World War II before settling in France), and set designer/theatre administrator Yves Coueslant. They teamed up in 1961, opening their Diptyque store (at the bohemian end of the Boulevard Saint-Germain) to offer the fabrics they’d designed together. Desmond and Christiane had previously been creating fabrics and wallpapers for Sanderson and Heal’s, and shared a similar aesthetic.

These artisans had no limits other than their insatiable curiosity and keen sense of beauty, and this quirky ‘bazaar’ soon became a must-visit destination, not only for the fabrics but for the treasure trove of items which the trio brought back from their travels. (And why the name? Diptyque – from the Ancient Greek ‘diptychs’ – refers to a painting or a sculpture made up of two panels, or parts.)

Before long, the objets and textiles were joined by candles, expressing the trio’s love of all things scented. In 1963, the first three candles were launched – Aubépine, Cannelle and Thé (Hawthorn, Cinnamon, Tea) – to be followed by a signature eau de toilette, called simply L’Eau, in 1968. This debut fragrance was inspired by a 16th Century potpourri recipe and the scent of pomanders. Soon, Diptyque was scenting all the smartest homes in Paris and beyond – creating the trend for scented candles that we’re still obsessed with today, and carving out an identity with its so-chic iconic black lettering on a spot-it-at-30-paces oval label. (It echoes the shape of an 18th Century medallion, suggesting the shields of ancient Rome, first used on a fabric designed by Desmond Knox-Leet in 1961.)

Simply through word of mouth, Diptyque became synonymous with style and with sensational scents. (Famously discreet, Diptyque never shares the identity of customers, no matter how famous.) 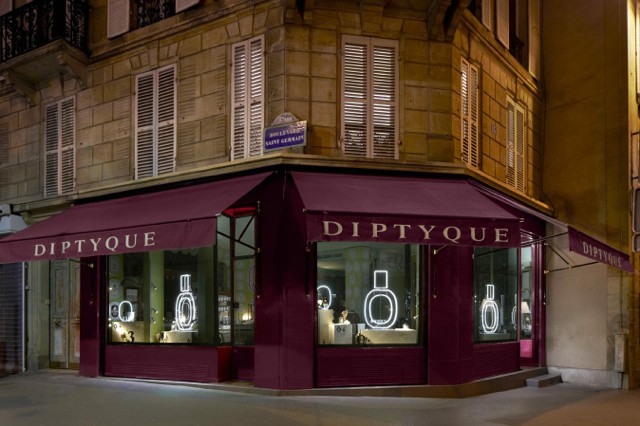 L’Eau, meanwhile, was for created for sharing: neither feminine nor masculine – and that’s a philosophy which endures today. (We happen to share that ourselves, believing that if you love a scent, that’s all that matters.)

Then, as now, the Diptyque creations were inspired by travels – to the Mediterranean, the near East, and the plants and flowers that flourish there, inviting you on a journey simply by lighting a wick, or spritzing a cooling Cologne. Resins, spices, wood notes, spring flowers – even the whispers from a bonfire – have all been captured by Diptyque, through scent.

Over time, Diptyque has worked with some of the most creative ‘noses’ on the planet, including Olivia Giacobetti, Olivier Péscheux and Fabrice Pellegrin, who’ve produced exquisite eaux de parfum, roll-ons (so useful for travelling) and an unusual ‘vinaigre de toilette‘. There are so many ways to enjoy Diptyque on the body, as well as in the home, with the eaux de toilette and eaux de parfum offering something for every scent-lover. 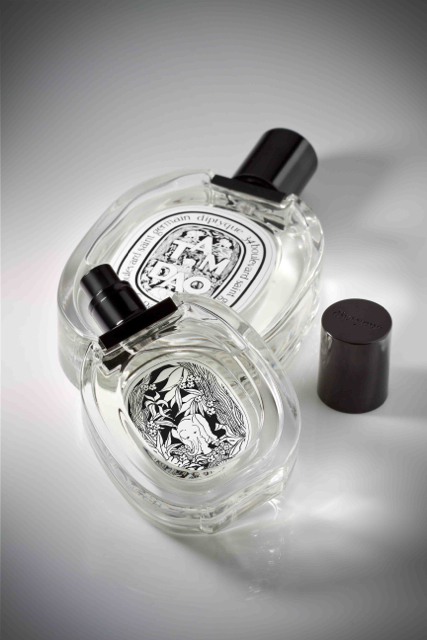 The so-popular, poetically-named L’Ombre dans L’Eau was created to be reminiscent of a walk in an English garden, filled with the scent of Bulgarian rose petals and the tart tang of blackcurrant bush leaf, sap rising in the background to keep everything fresh. Tam Dao is infused with the sandalwood of Goa, paying tribute to that tree with its creamy woodiness.

And in 2011, to celebrate 50 years of creativity, Diptyque took a leaf out of Patrick Suskind’s extraordinary novel, ‘Perfume’, and set out to encapsulate the scents of its flagship boutique by bottling them.

34 boulevard saint germain was born so that everyone could enjoy a little piece of this Parisian location, its history (and its soul): elements of sprayed perfumes, burnt flames, soaps lined up in drawers, wall-hangings, the polished wood counter – creating together a complex and captivating scent which has become one of Diptyque‘s bestsellers. You’ll find notes of blackcurrants and green leaves (‘borrowed’ from the fragrances Philosykos and Ombre dans L’Eau), the citrus fruits and spices of the original L’Eau, Egyptian geraniums and tuberose from Do Son – and a base of the woody notes, resins and balms which are so intrinsic a part of Diptyque‘s signature.

But what we will say is that there is really no better way to explore the aromatic universe than to walk into one of Diptyque‘s many stores (or counters) around the world, and while away some happy time spritzing, spraying and trying on your skin. 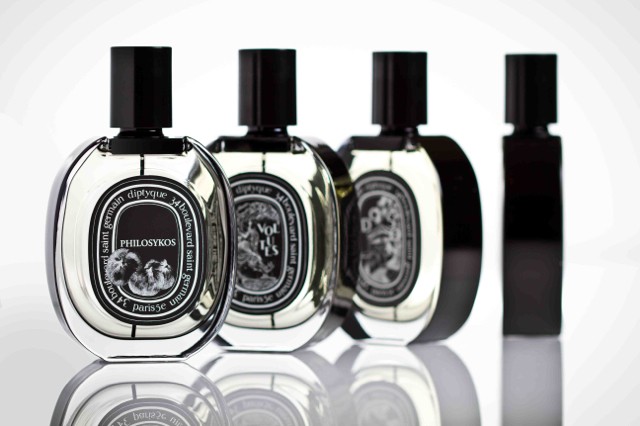 Not long ago, Diptyque added equally stunningly-packaged bodycare and skincare to the collection – with, as you’d expect, an emphasis on sublime fragrances and sensual application. (If you haven’t tried it, Diptyque Protective Moisturizing Lotion is quite the nicest-scented daily SPF we’ve ever used, with its orange blossom extract and Damask rose hydrosol in the blend.)

And if you happen to be in Paris? Make a detour to 34 Boulevard Saint-Germain, and pay a little pilgrimage to where it all began. We defy you not fall a little more in love with Diptyque, when you’re there…

(Till then, if looking for a few minutes of enjoyment? We suggest you enter the ‘Diptyque Garden’, on their website, moving your cursor around the screen to explore some of their most beautiful floral and leafy scents, here.)