‘A woman’s perfume tells me more about her than her handwriting.’ So said Christian Dior (b. 1905) one of the greatest-ever couturiers – and a man whose name is also synonymous, all over the world, with the glorious art of perfume. 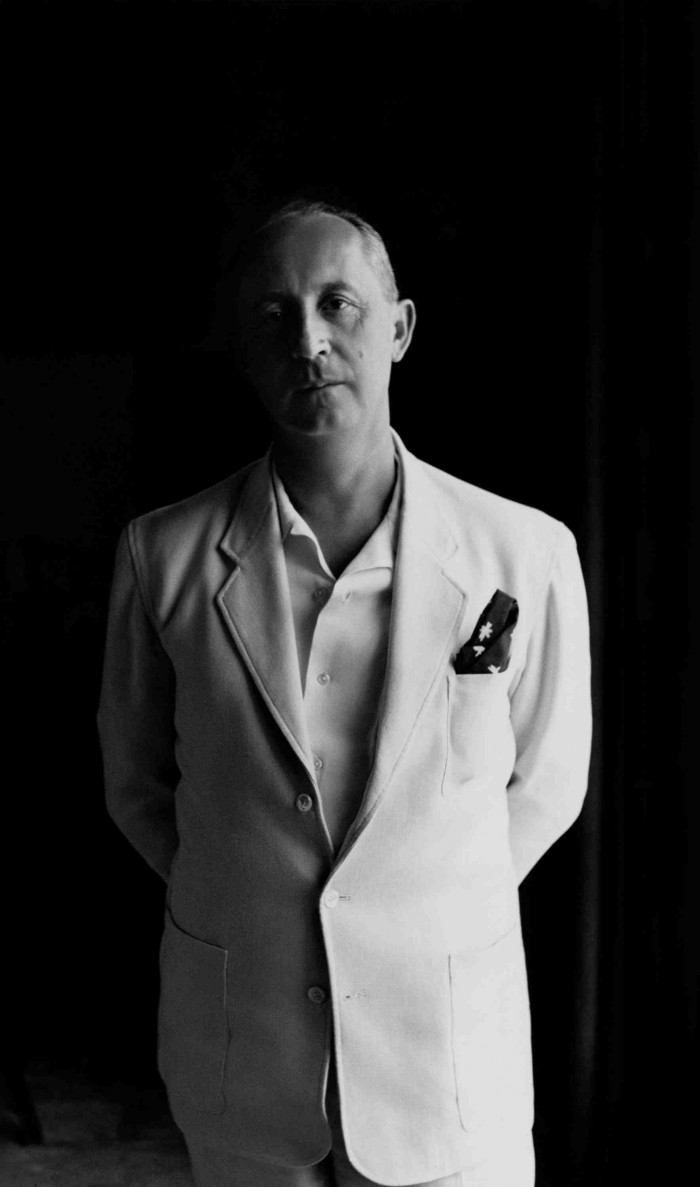 As design careers go, Christian Dior‘s didn’t start well. His parents – who lived in a grand villa on the Normandy coast – refused to let him attend a school of fine arts, telling him that it wouldn’t help him find a real job. He kept his parents quiet, initially, by enrolling for Paris’s Institute of Political Sciences – but little did his parents realise that this was also a door to Paris’s exotic night-life.

Dior drifted happily into the company of artists and writers who later went on to become among the greatest of their time: painter Christian Bérard, Jean Cocteau, poet Max Jacob and actor Marcel Herrand all became friends. And another arty friend asked Christian Dior – who really longed to be an artist himself – if he’d be interested in becoming a partner in his new gallery. With funding from Dior’s father, it went on to showcase works by Paul Klee, Otto Dix, Salvador Dalí, Joan Miro and Raoul Dufy, among many others, But sadly, the Wall Street crash of 1929 made for few buyers – and badly dented the Dior family fortunes – and this adventure ended when tuberculosis forced Christian Dior to leave Paris, in 1934.

On his return, post-recovery, an impoverished Dior looked for work. A friend suggested he take up fashion illustration; he dedicated himself to the task, studying the great designers – Molyneux, Schiaparelli, Lanvin – and his dress designers were sought out by couturier Robert Piguet. The paper Le Figaro gave Dior‘s vibrant sketches a weekly page – and his hat designs did well, too. 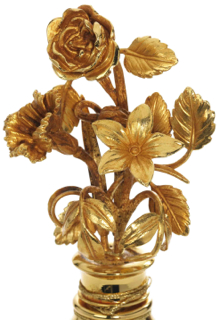 During the Second World War, Dior worked as a designer beneath couturier Lucien Lelong, then in 1945 got the opportunity to head up the house of Gaston. A great believer in omens and fortune-tellers – Dior had once been told ‘You will be penniless, but women will be good to you and it is thanks to them you will succeed’ – he turned to his favourite psychic, Madame Delahaye, for advice when offered two proposals to open his own couture house. ‘Accept, she ordered me,’ recalled Dior. ‘Accept! You must create the house of Christian Dior.’

So it came to pass. And on 12th February 1947, Christian Dior turned the austere post-wartime world on its head, creating the most headline-grabbing collection ever known. Overnight, Christian Dior‘s ‘New Look’ – with its full, swirling skirts, wasp-waisted jackets and bold use of colour – became, as Vogue puts it, ‘catnip to a luxury-starved populace eager to return to the rituals of grooming and dressing up’.

But women didn’t just want to look good. They wanted to smell beautiful, too. Soon after the success of his ground-breaking New Look, Dior recalled, ‘Miss Dior was born. It was born of those Provençal evenings filled with fireflies when green jasmine serves as a counterpoint to the melody of the night and the earth.’

Miss Dior became one of the great fragrance icons of the 20th Century. Allegedly, as Dior was preparing for the launch of his first perfume, the name for the fragrance had yet to be invented. Then his sister, Catherine Dior, walked into the salon of 30 Avenue Montaigne. Dior’s muse, Mitzah Bricard, announced: ‘Here’s Miss Dior!’ On the day of the show, the salon was sprayed with this bewitching perfume – and clients and journalists left with its scent on their clothes and their skin. Eau Fraîche also appeared during the Dior years: a summery splash by perfumer Edmond Roudnitska, uplifting with mandarin and lemon, with oak moss and vanilla in its base.

Scent had always been incredibly important to Dior. Eternally superstitious, he slipped a sprig of lily of the valley into the hem of every haute couture dress, and always kept it with him. (He had his own hot-houses, expressly for the purpose of growing this favourite flower.) So it was natural that in 1956, he should launch a fragrance – another Roudnitska creation – based on this favourite flower. Sadly, Dior died just a year after the stunning lily of the valley-based Diorissimo was first unveiled (see the detail above of a beautiful vintage bottle). But happily for perfume-lovers, the creative spark ignited by Christian Dior became a flame that burns brightly to this day. 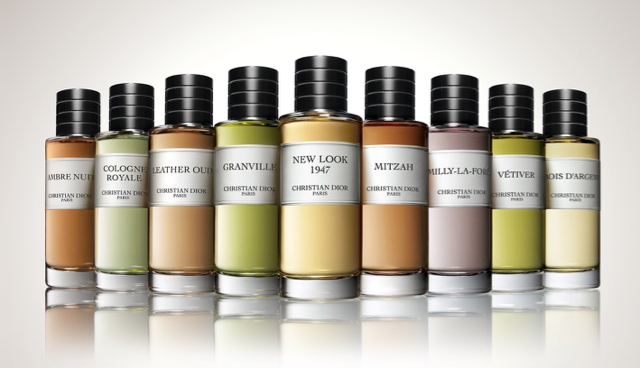 Dior has become known for fragrant landmarks. The wonderfully shareable, zingy-zesty Eau Sauvage (1966). The ground-breaking Poison (1985), one of the boldest fragrance innovations of the already-bold 80s. More recently, the hypnotising J’Adore, an opulent golden floral, which has evolved into many different concentrations ‘signed’ by François Demachy (see below). And lately, we’ve been able to bathe our senses in new interpretations of the classic Miss Dior, including the sparkling floral Miss Dior Blooming Bouquet (see above), which glorifies peony, mandarin, Damascus rose and white musk – ‘like a dress embroidered with a thousand flowers…’

Parfums Christian Dior is one of the few perfume houses with its own in-house ‘nose’, François Demachy, whose role is Head of Olfactory Development. Demachy was raised in the heartland of perfumery, in Grasse, where ‘we learned about natural ingredients. I took an apprenticeship in a plant there where I passed my time learning different talents. We actually had a contract for the manufacturing of natural ingredients; we had a different rapport with them. It was very helpful afterwards because I approached things differently in my creations – and this was specific to growing up in Grasse.’

Dior La Collection Privée is the ultimate expression of this perfumer’s talents. ‘Rare ingredients, daring olfactory statements and creation that knows no bounds,’ is how Demachy sums it up. ‘This collection reflects the freedom that only true luxury can provide.’ Demachy himself choose and selects ingredients from around the world: Arabian jasmine, Tuscan iris, tuberose, patchouli, neroli, Calabrian bergamot. 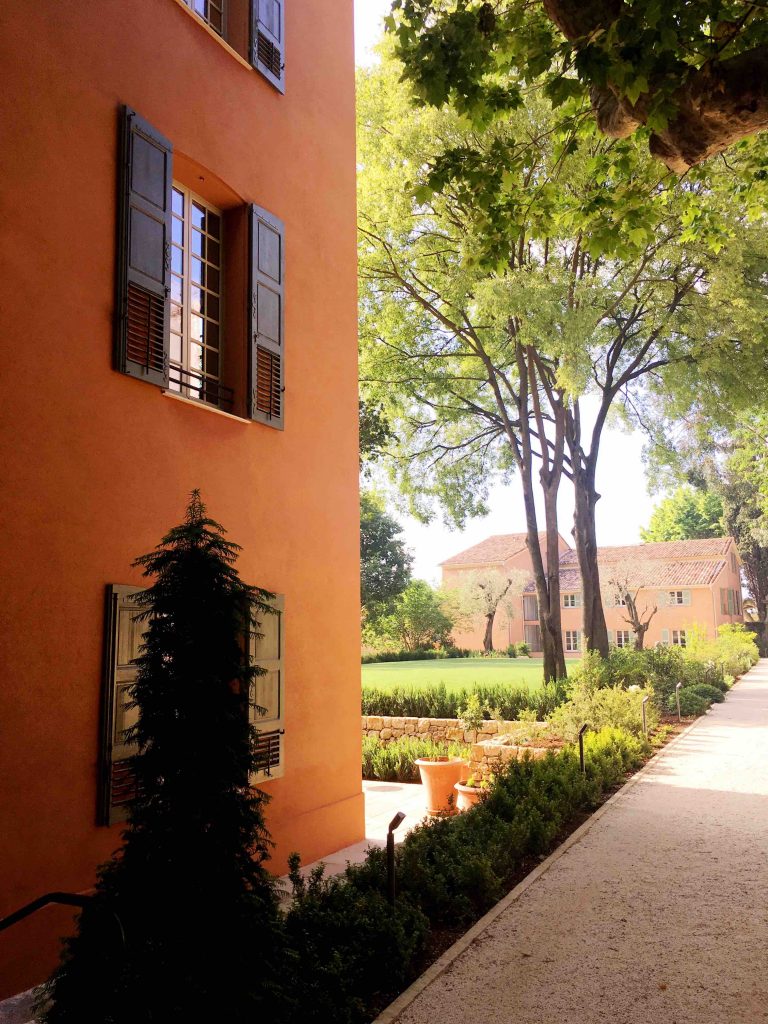 These handcrafted fragrances for women (and men) include Milly-la-Forêt (it was Dior’s romantic countryside retreat), exquisite Grand Bal – ‘an echo of one of Christian Dior’s great ball gowns, whose full skirts and beauty evoked the petals of a flower in full bloom’, explains Demachy – and Granville, named for Dior’s childhood home in Normandy, ‘the scent of fresh pine, whipping in the wind…’

2016 offered two landmark moments in the history of Dior. They bought back and restored the designer’s beautiful home in the South of France, the Château de la Colle Noire – reopening it for special events after rescuing this neglected ‘fallen angel’ of a property. Once again, the air in the château’s gardens will be filled with the scent of Rosa Centifolia and jasmine – and to mark the occasion, François Demachy created a roselicious namesake fragrance, La Colle Noire.

Equally excitingly, Dior re-established its links with the heartland of perfumery, Grasse, with Demachy moving to Les Fontaines Parfumées (see right). Another historic building restored from near-ruin, this was once a famous perfume factory where mimosa, rose, jasmine and more were distilled – and today, is home to Dior’s perfumery studio.

As Demachy puts it: ‘It’s a homecoming of sorts. The story that unites Dior with Grasse has always touched me: the idea for Miss Dior was born in this region, Eau Sauvage was created by Edmond Roudnitska, who lived near here and was a customer at my father’s pharmacy… All of this speaks to me, and it is very significant that Dior is back here. More importantly, it influences the quality of the perfumes that we’re creating, through the quality of the ingredients and expertise inherent to the area.’

We look forward to  the fragrances which will be created in this sun-filled space. All of which will tell someone more about you than your handwriting, we suspect…