According to those-in-the-know in the fashion world, the influence of Rei Kawakubo – the designer who founded Comme des Garçons in 1969 – should rank up there with designers like Gabrielle ‘Coco’ Chanel, Christian Dior and Cristobal Balenciaga. 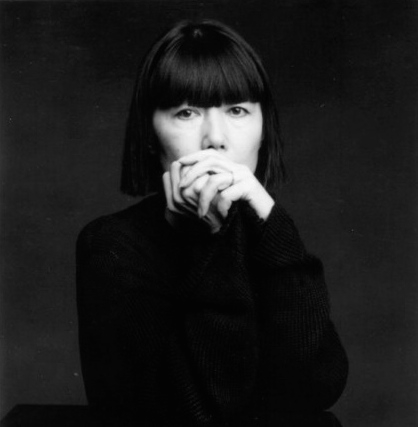 Her non-comformist clothes aren’t like anyone else’s: though beautifully crafted, they’re often asymmetrical, deconstructed or even ‘destroyed’ in some way. And mostly, they’re black. Comme des Garçons-wearers don’t buy her clothes: they collect them, and – because they transcend traditional fashion – can wear them for years. (Decades, even…)

The name Comme des Garçons means ‘like the boys’, and was inspired by lyrics by the French chanteuse Francoise Hardy. As Vogue commented, it was chosen because it sounded good, ‘but it proved ironically apt for designs that challenged the traditional feminine ideal.’ Her first boutique, which threw open its doors in 1975 in Tokyo, set out to cater to a woman ‘who is not swayed by what her husband thinks.’ By 1981, Comme des Garçons was showing in Paris, where a seriously minimalist store – ‘white, pipe racks, no furniture’ is how The Chicago Tribune described it – opened the same year. Junya Watanabe joined Rei Kawakubo at Comme des Garçons in 1984 (and in 1994 was rewarded with his own label under the Comme des Garçons umbrella).

At around the same time, Comme des Garçons moved into fragrance, and has become known (and loved) for breaking rules in the fragrance world, just as they have with fashion: taking a single ingredient (such as incense, or leaves, or sherbet), and interpreting it in myriad ways. 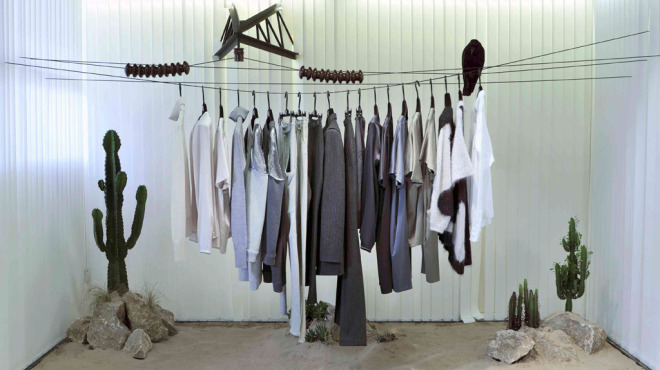 Just look at what Comme des Garçons has done with their ‘Series’ collections:  if ever you needed evidence that this fragrance house is like no other, it has to be the Series 6: Synthetic fragrances, which included Garage, Soda, Dry Clean and Tar!

They’ve demonstrated that unconventionality through the design of the bottles, which are sculptural (and asymmetrical), and fit so comfortably into the curve of a palm: the iconic ‘pebble’ bottle, first created for Comme 2, which has seen numerous collectors’ items:  ‘Glitter’, ‘I Love You’, Happy Pillow’ and more – and which became the bottle ‘blueprint’ for so many subsequent launches, which you can see below…

These creations have become as collectible, by Comme des Garçons-lovers, as the clothes ever were, including the coveted fragrance – with its plain black and white logo – for the fragrance specifically created for Dover Street Market, the much-talked-about concept store (now on London’s Haymarket). This was conceived by Rei Kawakubo because ‘I wanted to create a kind of market where various creators from various fields gather together and encounter each other in an ongoing atmosphere of beautiful chaos: the mixing up and coming together of different kindred souls who all share a strong personal vision…’ There are now Dover Street Market boutiques in Tokyo’s Ginza district, and in New York’s SoHo, too. 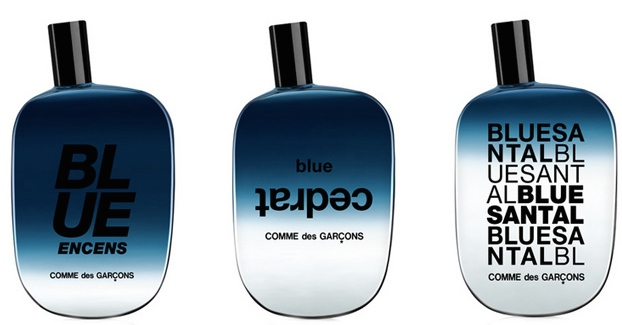 Famously, Comme des Garçons teamed up with fashion ‘muse’ Daphne Guinness for a fragrance, too – and with the magazine Monocle. Not to mention Pharrell Williams, who commented at the time of the launch of his collaboration, G I R L: ‘Fragrance is paint for the nose. People who make fragrances – the air is their canvas…’

Says Rei Kawakubo, ‘a fragrance should always be worn for your own pleasure, not necessarily to seduce. It’s not conceived for a man or a woman: it’s “non-gender”, only for the one who loves it.’ 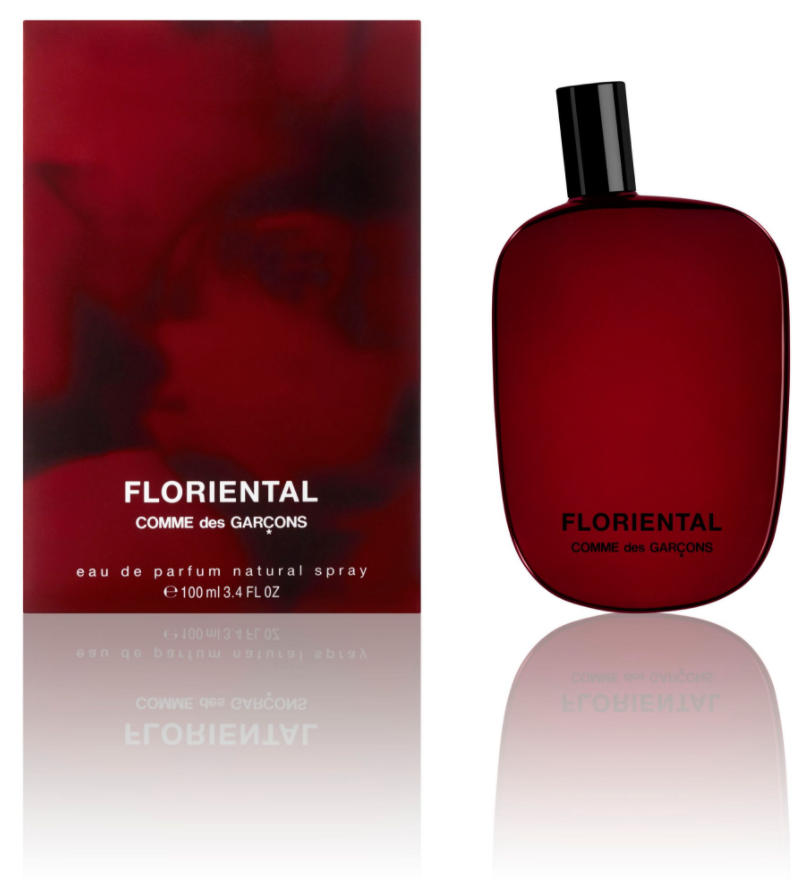 So: gender is blurred. Everything is shareable. And in each new ‘Series’ collection, there’s a play on a theme, notably Blue Invasion: incense once again, artfully combined with woods and spices and aromatic notes, playing with temperature in that way clever noses have of coming up with fragrances that are cool yet warm at the same time. (This is one of the most interesting dimensions to a perfumer’s work, to us.)

Then there’s Wonderwood: ‘a positive overdose of woods, woody notes and synthetics – wood gone mad’ is how they describe it, fusing oudh, cedar wood, cypress, guaiac wood, patchouli, vetiver and more. And Floriental (left) – which ironically isn’t really floral or Ambrée, in reality. As The Candy Perfume Boy puts it on the Escentual blog: ‘Floriental opens warm and spicy, with cinnamon and carnation spice, buzzing actively with the boldness of pepper and cloves. Immediately, a distinct smokiness comes through, giving the impression of slowly burning embers dusted with a delightful topping of autumnal spices… Supported by a subtle brew of hot plum tea…’