They were founded in a Manhattan loft in 1941. Today, Coach is a fashion and accessories force to be reckoned with. But the ultimate accessory, of course, is fragrance – and nobody does it prettier… 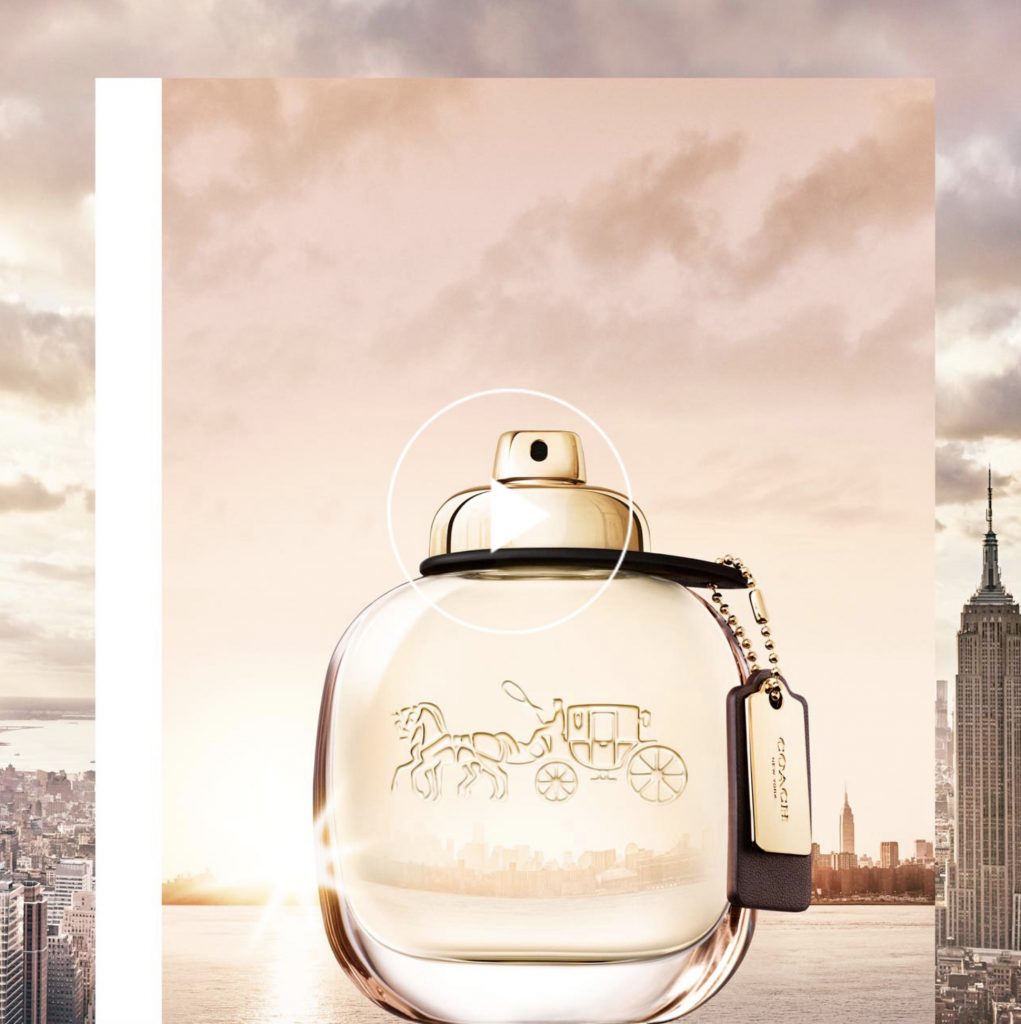 The original American house of leather, Coach was founded in 1941 in the very heart of New York City, as a small, family-run workshop with six leather artisans. When the visionary Miles Cahn joined the company in 1946, he was inspired by a quintessentially American tradition – baseball – and by the soft feel of a well-worn baseball glove: over time, the gloves develop a rich patina which embody the owner’s history – only becoming more beautiful, with age.

Cahn had the same vision for the leathergoods his artisans created. They began, mostly, with wallets and purses. But it was apparently Cahn’s wife Lilian who suggested that if the sturdy, natural-toned leather was good enough for catching baseballs, it might just work for women’s accessories, too – and the result was a line of stylish handbags.

With the arrival of designer Bonnie Cashin – who’d designed show-stopping costumes for 20thCentury Fox in the 1940s – came a motto: ‘Make things as lightweight as possible, as simple as possible, as punch as possible.’ Because Cashin liked to carry books around with her, she realised that the busy modern woman carried much more than lipstick, keys and a handkerchief around with her – so she introduced totes, in different sizes. 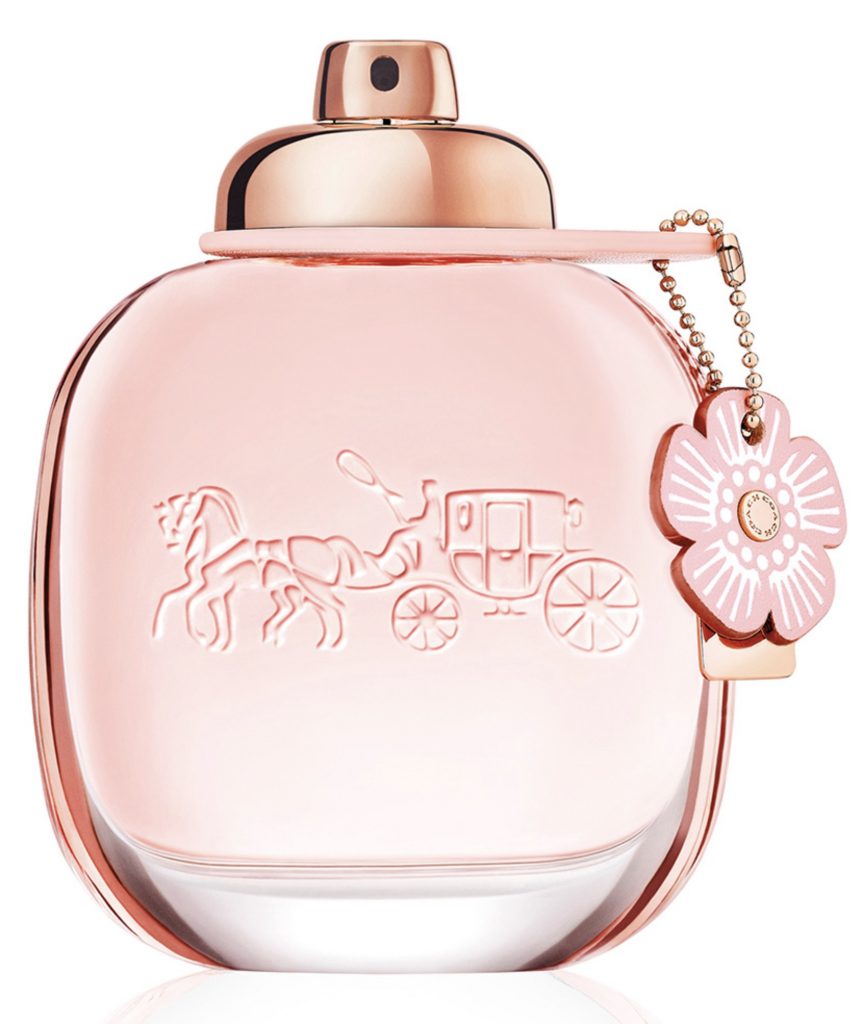 It was Cashin who introduced the distinctive brass hardware which makes Coach so recognisable at 20 paces. But when Coach opened its first flagship store at 745 Madison Avenue, the world realised: they were much, much more than a leather manufacturer who made bags like baseball gloves. And since then, Coach has further expanded – from leathergoods to forays into fashion. Since Executive Creative Director Stuart Vevers took over in 2013, Coach has now become a catwalk fashion name (for both men and women) to be reckoned with, via his new interpretation of modern luxury. Style, Coach believe, is about more than status: it’s about authenticity, creativity and individuality.

Until 2016, however, the missing piece of the Coach jigsaw was an iconic fragrance. But with Stuart Vevers involved in every step of the creative process, the stunning, modern floriental-fruity Coach Eau de Parfum put Coach firmly on the fragrance radar – a scent ‘inspired by the spontaneous energy and chic downtown style of New York City’.

Its creators were the dynamic and talented duo Anne Flipo and Juliette Karagueuzoglou, who have created a fragrance full of contrasts. A dazzling, sparkling raspberry note gives way to armfuls of creamy Turkish roses, before drying down to a skin-cocooning suede musk base. Stuart Vevers commented: ‘I wanted to create a fragrance that represents Coach’s free-spirited attitude, crafting a scent that is individual, authentic and cool.’ And he’s achieved just that: appropriately enough, the olfactory equivalent of a baseball home run… 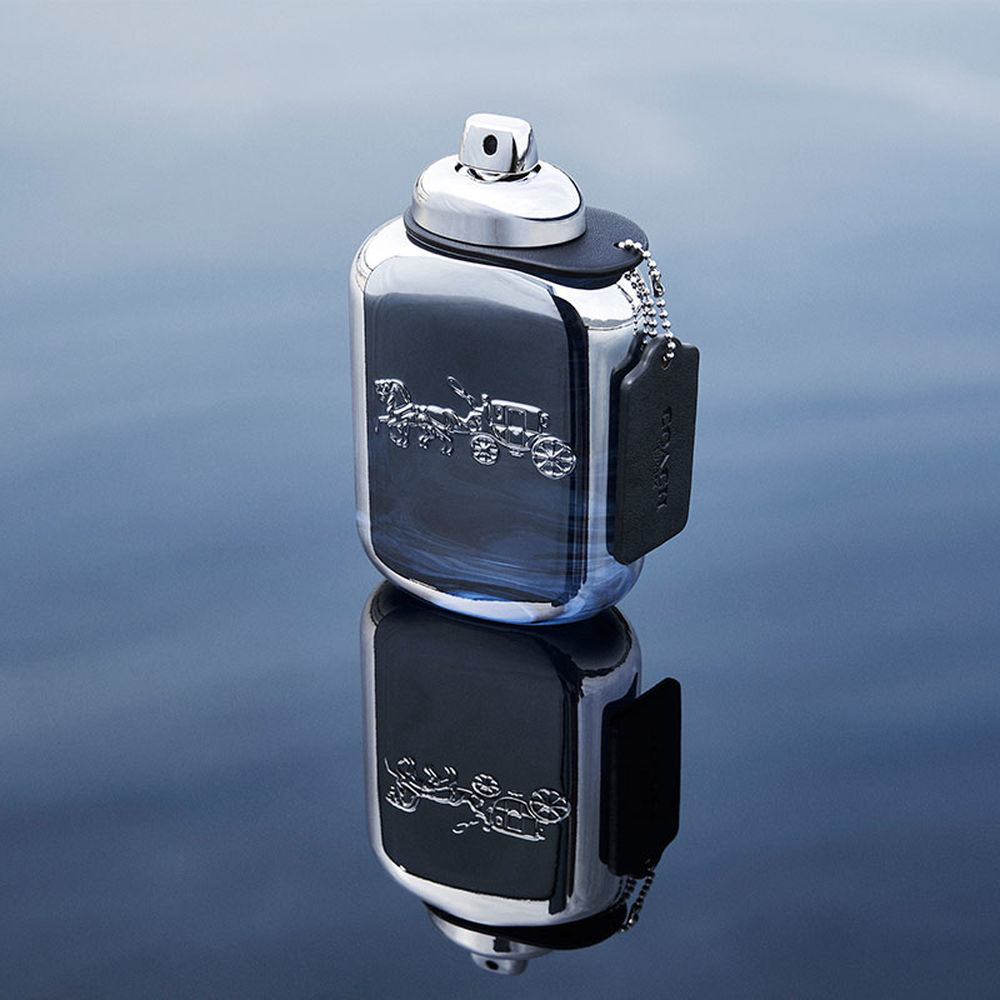 The distinctive flacon is equally stunning: a hefty glass oval, but with the cleverest of delivery systems: the spray is shaped like a gold turn-lock, echoing the clasp of one of Coach’s most famous bags. Turn it one way, and spray. Turn it the other – and it can’t accidentally spill in your own bag. The famous Coach logo – based on a carriage known as the ‘Central Park Pram’ – is embossed on the glass, while the finishing touch is the distinctive leather hang-tag, in gilt metal and ebony leather.

That design has been revisited with further introductions – including Coach Floral Eau de Parfum, featuring armfuls of tea roses and gardenias, garlanded by sambac jasmine. A splash of citrus coeur and the fizz of pink peppercorns add an airy brightness – and the bottle’s adorned, this time, by a flower.

And now men can enjoy Coach fragrances, too – with a masculine portfolio that was kickstarted in great style with Coach for Men, also by Anne Flipo, who contrasted the cool of citrus and pear with warm spices of coriander and cardamom, on an earthy base of suede and ambergris. And Coach Platinum – in possibly the most eye-catching yet of the Coach flacons, with its mirrored finish (right) – is the work of perfumer Bruno Jovanovic, who takes pineapple and black pepper, wrapping them in aromatic sage, geranium and juniper, sensually underpinned by vanilla, Cashmeran, sandalwood and leather.

Each offers a fascinating olfactory journey – and a bottle that is as covetable, classic yet contemporary accessory as we’d expect, from Coach.