Long, long before today’s natural beauty trend, Clarins was pioneering the use of fabulous aromatics and botanicals in skincare… 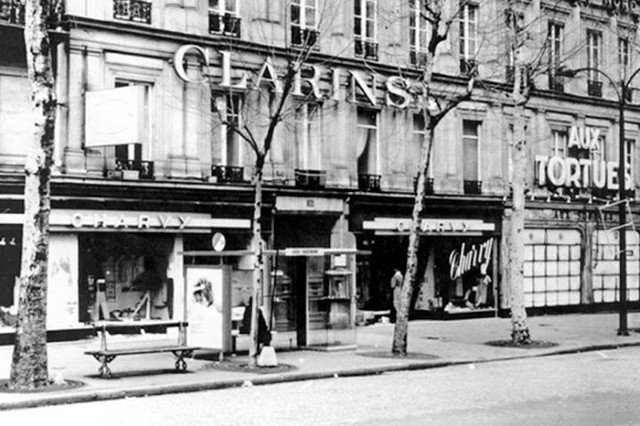 Their roots are on Rue Tronchet in Paris, where Jacques Courtin-Clarins developed a massage oil for his spa, blending essential oils with slimming properties, to increase the effectiveness of the firming massages which body-conscious Parisiennes flocked there for. As a medical student, Jacques began treating circulatory problems with massage, noticing improvements in patients’ skin. He decided to focus his research on improving the way patients felt and looked, opening that Institut de Beauté.

Fast-forward to the 21st Century and not only is Clarins one of the best-known beauty names in the entire world  but at its heart – alongside the famous creams and oils – is an innovative fragrance which has been uplifting spirits and re-energising women (and men!) for more than 25 years. The legendary Clarins Eau Dynamisante was the first eau de toilette to combine a perfume with the principles of aromatherapy and phytotherapy (plant therapy), hydrating and toning the skin while it refreshes.

t’s something of a legend in fragrance terms, oft-cited as the go-to scent for appropriately dynamic women. Blogger Memory of Scent describes the opening as ‘like the effect of a burst of cool water from the shower. It is enough to wake you up. The rest of the development is equally fast and soon a mellow, herbal vetiver surfaces to give feet to this flying, sparkling creature. But after all is settled and done, you end up with a smile on your face and a very subtle breath of a “grand parfum…” A beautiful composition that feels more gender-bending than genderless.’ (It’s certainly loved by men and women alike…)

To celebrate 25 years of success, a couple of years ago, Clarins teamed up with 25 artists to illustrate a bottle of the fragrance – including designer Jean-Charles de Castelbajac and pastry genius Pierre Hermé (above) – which were showcased in the window of Paris’s Colette, the fashionistas’ favourite department store. 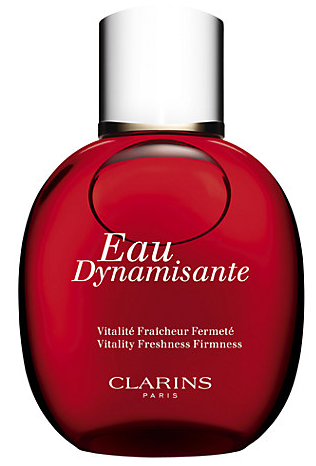 Clarins has become quite some dynasty. The daughters of Christian and Olivier Courtin-Clarins (who took over running Clarins from their father Jacques) – Jenna, Prisca, Virginie and Claire – have now joined the group’s board, bringing a forward-looking spirit to the group. (Which also, FYI, has fragrances by Thierry Mugler and Azzaro, under its umbrella.)

Says Virginie: ‘I’m very involved with the ethical and technological side of the brand. I try to give a young eye because we are a 100% family-owned company. My father and uncle are from a different generation – we have to explain blogs and Facebook to them. My sister and cousins try to make sure we’re opening Clarins to a young generation.’

In line with the world’s new, more sustainable way of thinking, the distinctive red Clarins Eau Dynamisante bottle is now refillable. But it’s a fragrance which has actually, from an ethical point of view, been ‘giving back’, for many years, in line with the family’s philosophy. The Clarins Dynamisante Woman of the Year Award takes place each year in countries around the world, including South Africa, Korea, Switzerland, France, Denmark, Mexico, Portugal, Russia, Germany, the US and the UK.

Which means there’s a ‘feel-good’ factor to this Clarins bestseller which goes way beyond the spirit-lifting blend of lemon, patchouli, ginseng, petitgrain and white tea in their pioneering, iconic fragrance itself…