Fragrance is often described as an ‘invisible accessory,’ and to the delight of fragrance (and fashion) fans everywhere, the acclaimed design house of Christian Louboutin added perfumes to their wardrobe. Continuing the unique and distinctive vision of glamour, expect these flirty, fun and fabulous fragrances to make the front row in your own collection…

Christian Louboutin first burst onto the fashion scene in 1992, his mantra being: ‘I create things that allow people to tap into what’s already there.’ Well, he clearly tapped in to a deep, latent longing for the full-force, unashamed glamour his towering shoe designs promised. It wasn’t long before the Hollywood glitterati began striding forth in the red-soled shoes so iconic of the house – that slick of colour applied as a touch of last-minute genius to a design (for the ‘Pensée’ shoe) that Louboutin felt was missing ‘a certain something’. 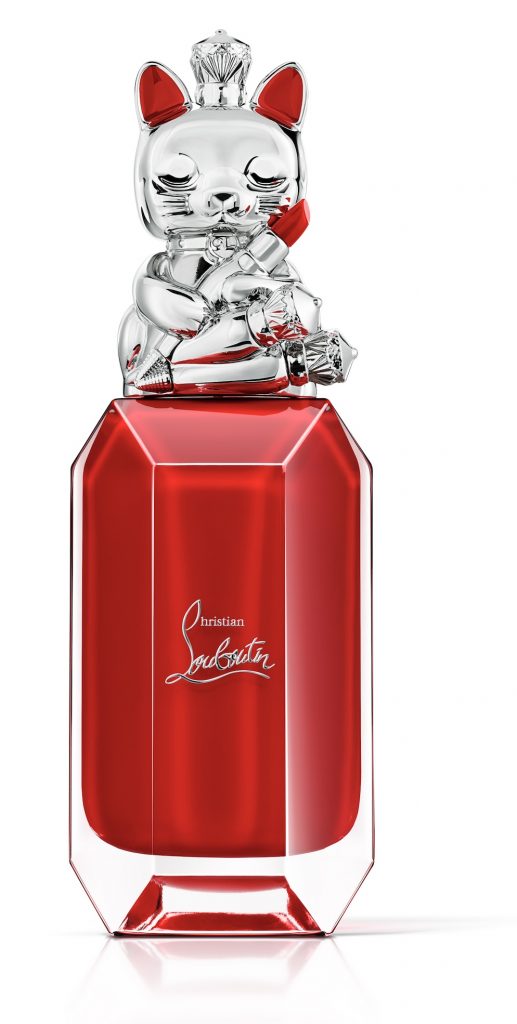 Says the house of Christian Louboutin of this magical moment: ‘Finding the prototype lacking, on a whim, he applied red nail polish to the soles of the shoe. Voilà! The iconic, red-lacquered sole was born. The stiletto heel – and the beauty world – would never be the same.’ Indeed, when Christian Louboutin Beauty was born in 2014, it was with a nod to that transformative decision – the Rouge Louboutin nail colour’s so-dramatic 8-inch spike being inspired by the tallest heel Louboutin ever created – the Ballerina Ultima. The Rouge Louboutin Velvet Matte Lip Colour lipstick was inspired by his love for Middle Eastern antiquities and the Art Deco movement, meanwhile, and the natural progression in to perfumes have similarly personal (and aesthetic) connections.

First unveiled in 2020, the Loubiworld fragrance collection was launched with the inspiration of being ‘…a journey through the imagination of Christian Louboutin. Each fragrance takes a distinct aspect of his personality and creative vision – more than merely a beautiful scent, but ‘a personal story from the creator, unveiling a memory, fantasy or dream.

With an initial seven fragrances in the line-up, the scented stories are gathered under this name of ‘Loubiworld’ as a reference to the Louboutin universe they pay fragrant homage to. And course the design of the flacons is exquisite – we would expect nothing less! Playfully rendered, the bottles echo the design of the Louboutin nail colours, each one faceted and lacquered in that iconic slick of scarlet. Christian Louboutin collaborated on the designs with a dear friend of his, Hélène Tran, ‘whose ethereal designs echo both the poetry and humour of each universe. Crowned with fantastical caps ‘that evoke the dream world held within’, each piece becomes a lust-worthy dressing table accessory in its own right (and we know several collectors who proudly display the entire collection in glass cabinets devoted to the designer.) 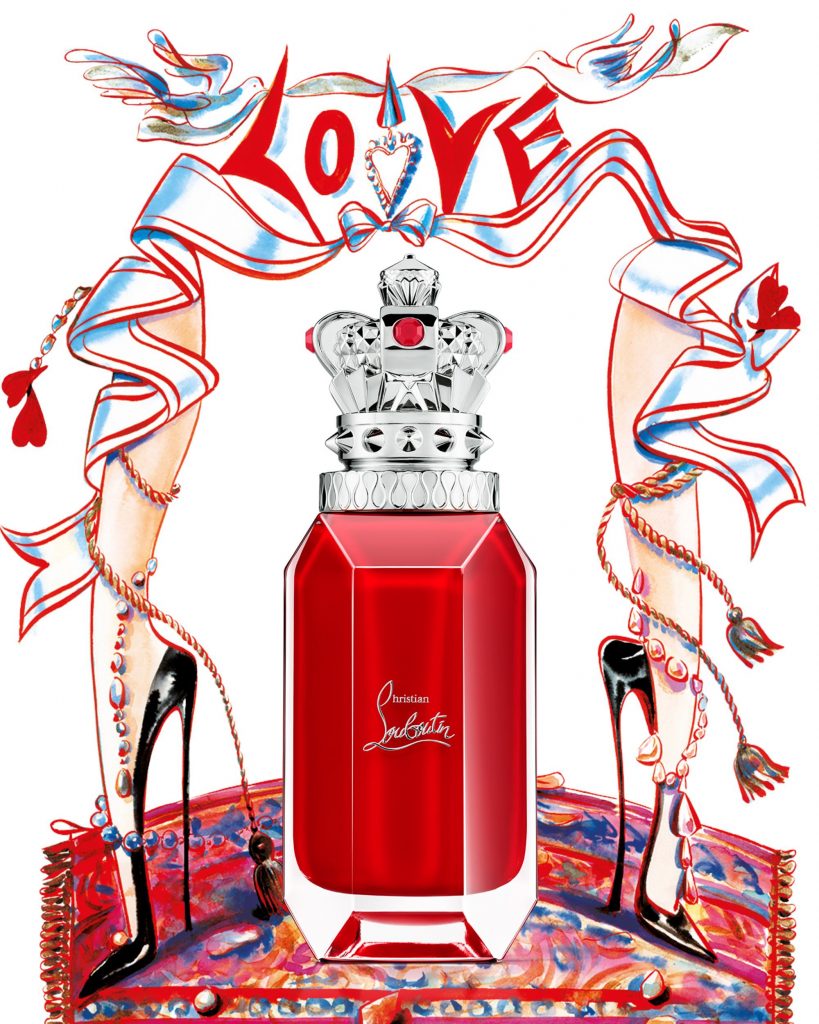 More than just decoration or even simply reflecting the differing facets of Louboutin’s own vision, each cap also showcases the personality of the scent inside the bottle. So, for perfumer Nicolas Beaulieu’s Loubifunk, the vivacious party vibe is shown with a pineapple resplendent on top. Pineapples were traditionally used as a symbol of welcome and hospitality, so we can imagine the joyous carnival spirit this Samba-infused scent conjures with its sexy shimmy of rose, blackcurrant and patchouli. In Loubikiss a calavera (Mexican ‘Day of the Dead’) skull is crowned with white flowers to evoke Daphné Bugey’s hypnotic ode to eternal love in jasmine, tuberose and musk.

For Loubidoo, Bugey’s opulent composition of strawberry, rose and cedar beckons good (fragrant) fortune being finished with a lucky cat symbol (above), while the tiger topper on Loubiraj roars majestically, suggesting at Bugey’s powerful blend of suede, cedar and pink pepper within. And she ramped up the spice further still for Loubicroc – the mysteries of myrrh, cypriol and sandalwood guarded by a crocodile encircling the pyramid cap. Christophe Reynaud rolls out the red carpet with his cedar, patchouli and tonka bean accord for Loubicrown (which is suitably regally attired, right), while the signature Louboutin shoe is celebrated atop Loubirouge. And the sensual allure of Paris sashays forth in Marie Salamagne’s cardamom, iris and vanilla cabaret-esque concoction.

With each imbued with the vibrancy, vivacity and va-va-voom that’s so emblematic of the house, wherever you decide to start is a (red-soled, spike-heeled) step in the right direction…