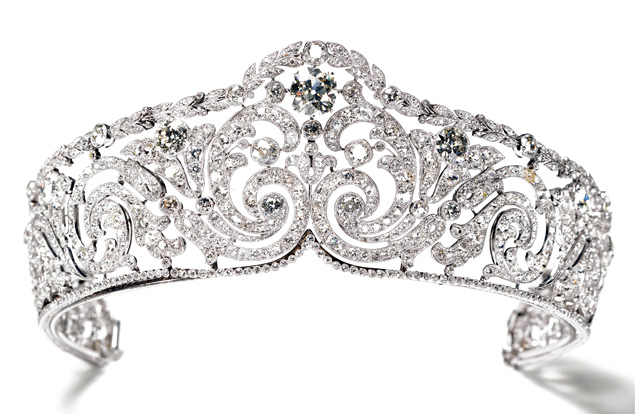 Ever since Louis-François Cartier registered his hallmark in Paris in 1847, Cartier has been the elite’s favourite jeweller, its jewels worn, loved and desired by a royal and aristocratic clientele since that debut…

The very first VIP client was Princess Mathilde, Napoleon‘s stylish niece, who bought brooches and cameos. The Empress Engénie followed. But by the start of the 20th Century, Cartier was renowned for its stunningly intricate designs – often light and lacy – conjuring up garlands, bows, flowers out of platinum and precious stones.

Queen Alexandra. Queen Mary. America’s foremost heiresses, including Consuelo Vanderbilt and Marjorie Merriweather Post. They all flocked to Cartier, which Edward VII described as ‘the jeweller of kings and the king of jewellers’ (not surprisingly, since Cartier crafted all 27 tiaras worn at Edward’s coronation). 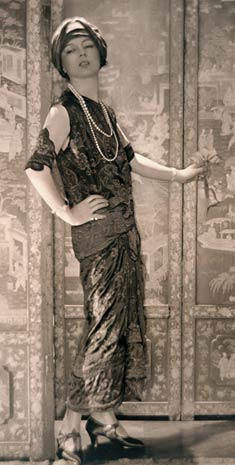 Cartier began as a family business: Louis-François’s son Alfred was the gemstone genius. Later, Alfred took over from his father, and continued to sell jewellery – adding statuettes, silverware, porcelain and fans. But it was the founder’s trio of grandsons – Pierre, Jacques and Louis – who led the house into a stunningly stylish new era. Embracing Art Deco and the Jazz Age, with its finger on the pulse, Cartier added its own flourish to the Roaring Twenties with bold combinations of rubies, sapphires, emeralds and diamonds, sometimes carved to look like scarabs, dragons, tigers and lotus flowers. High society loved every last carat.

But working alongside the Cartier men, a daringly modern woman – Jeanne Toussaint – made her mark, in the 1930s. ‘Muse’ (and mistress) to Louis Cartier, she sent the designers to the zoo, to observe the big cats – capturing their feline power in collections of panther and tiger jewellery. The Duchess of Windsor commissioned a 3-D panther brooch, in 1948, with a 116.75 carat cabochon emerald at its heart.

‘Every bit as stylish and sleek as her customers,’ as Vogue puts it, Toussaint earned the nickname ‘The Panther’ – and from that time onwards, the panther has been the symbol of Cartier itself.

Like its jewels, Cartier‘s lustre never dulled. Richard Burton gave Elizabeth Taylor a flawless 69.42 carat pear-shaped stone, from Cartier. Prince Rainier of Monaco chose Cartier to create the 10.47 emerald cut engagement ring, for his proposal to Grace Kelly. But in the 70s, Cartier became just a touch more accessible, with the introduction of Must de Cartier: lighters, jewellery, luggage and gifts, for those who were turning their back on luxury conventions and making revolution, in the street. 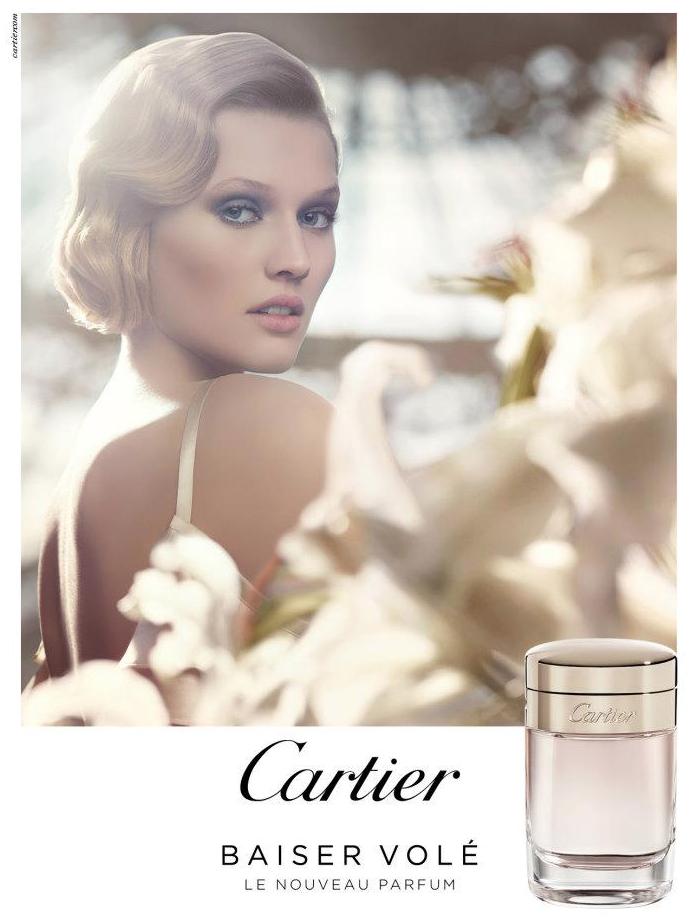 And then, of course, came fragrances. Being Cartier, not just any fragrances: perfumes designed to ‘adorn the skin like invisible and intimate precious gems.’ So naturally, they must be created with true olfactory craftsmanship, from rare and luxurious ingredients. And the bottles, by definition, must catch the eye.

So Cartier‘s scented debut was in 1981 with Must de Cartier, a green Ambrée which broke with olfactory convention: a play between sophisticated galbanum and sensuous, sweet vanilla and jasmine. Spontaneous, luxurious, seductive and wild, it became an equally wild success. Eau de Cartier, a ‘shareable’ Cologne-style fragrance, launched in 2001: cool, pure and sensual, it blends cedarwood with violet, ‘a shower of sensations from cool to hot’. 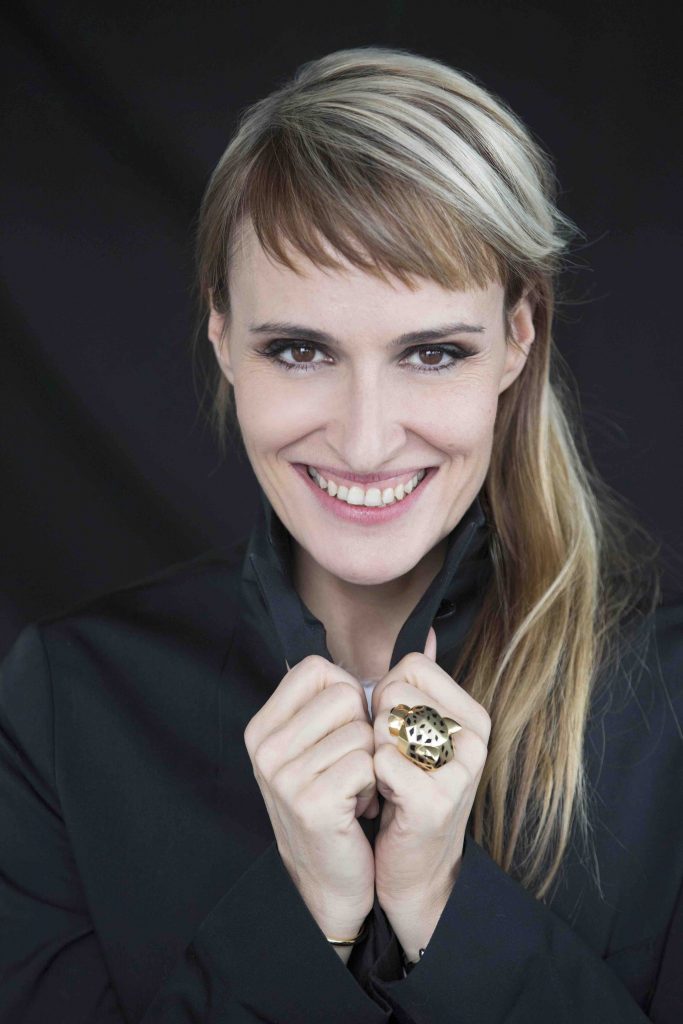 Since then, we’ve had Baiser Volé, Cartier‘s tribute to the majestic lily. ‘In this perfume, I wanted to recreate the scent of armfuls of flowers on the neck,’ explained perfumer Mathilde Laurent. (She also created 2017’s lipstick-inspired Baiser Fou.)

In fact, with the appointment of Mathilde Laurent as in-house perfumer, Cartier has entered a new era in fragrance; she is unquestionably one of the most exciting ‘noses’ on the planet,. Mathilde established the Maison de Cartier in the world of ‘haute parfumerie’ with Les Heures de Parfum: fragrances (many of them ‘shareable’) which take us round the clock with their different moods – and which have earned her several French Fragrance Foundation Awards. 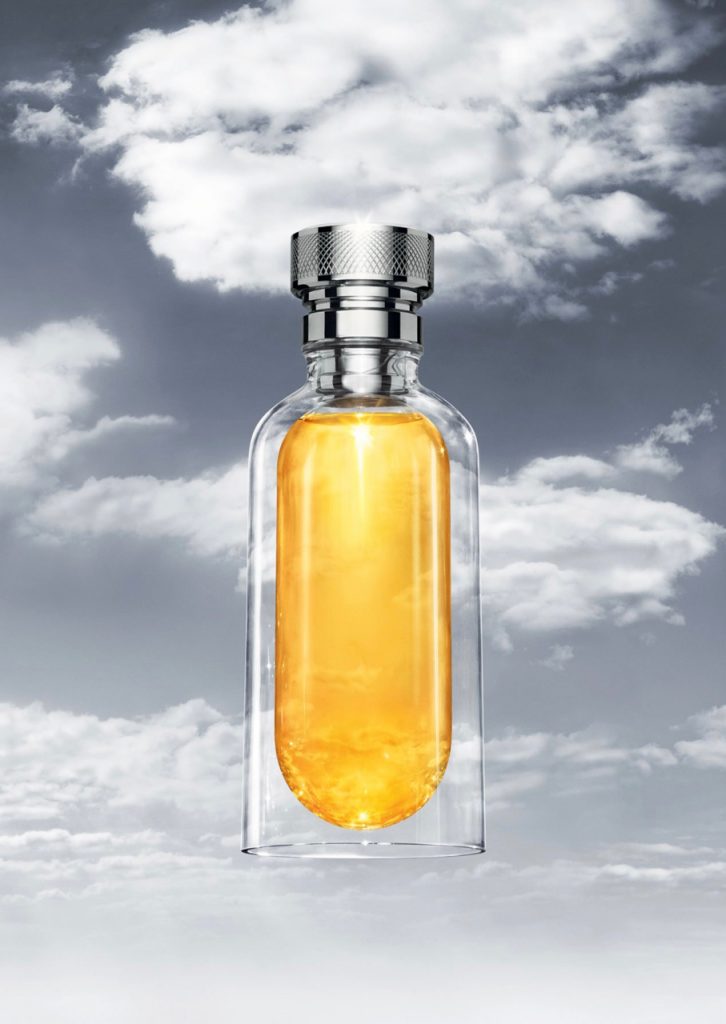 She explains: ‘I work alone as a perfumer but I also have really wonderful people around me with great vision, who love Cartier as much as I do and who understand my perfumery and vision. When I started here, Cartier’s fragrances were made outside the maison and they didn’t express. I fought for perfumery that “speaks” of Cartier when you smell it…’

Mathilde Laurent’s creation of Cartier La Panthère has been especially widely acclaimed: a  truly modern interpretation of the so-sophisticated Chypre fragrance family, with gardenia at its heart. ‘This raw yet warm, feral yet fruity floral Chypre has me in a daze,’ commented Katie Chutzpah, Jasmine Award-winning blogger, calling it ‘a slinky beast’. The review continues: ‘Gardenias explode and are tamed with the crack of the whip, while Chypre-like mossiness and musk combine to make this concoction quite the temptress…’

Mathilde Laurent has now developed well over two dozen fragrances for Cartier, including the masterpiece L’Envol, in its unique ‘floating’ bottle (right). As she explains: ‘It’s fresh and light. It’s a men’s fragrance but it’s also one that a woman can wear or buy for the man in her life…’

At the time of the launch of Cartier‘s scented debut, Must de Cartier, Alain-Dominique Perrin (then-President of Cartier) simply said: ‘Perfumes, like jewels, speak to us of love. They provide the link to enchantment, style, elegance and a particular lifestyle.’

And more than 40 years on, we defy anyone to put it better.