When Carine Roitfeld left Paris Vogue, the world was on tenterhooks to see what she’d do next. Answer? A collection of signature and genderless fragrances, inspired by fascinating men – and (as you’d expect), as chic (and sexy) as it gets…

Born in – where else? – Paris, Carine Roitfeld is the living embodiment of a Frenchwoman, with more style in her little finger than most of us can dream of. Daughter of a Russian emigré film producer and ‘a very classic Frenchwoman,’ she began her career as a model, literally scouted on the streets by a British photographer’s assistant. 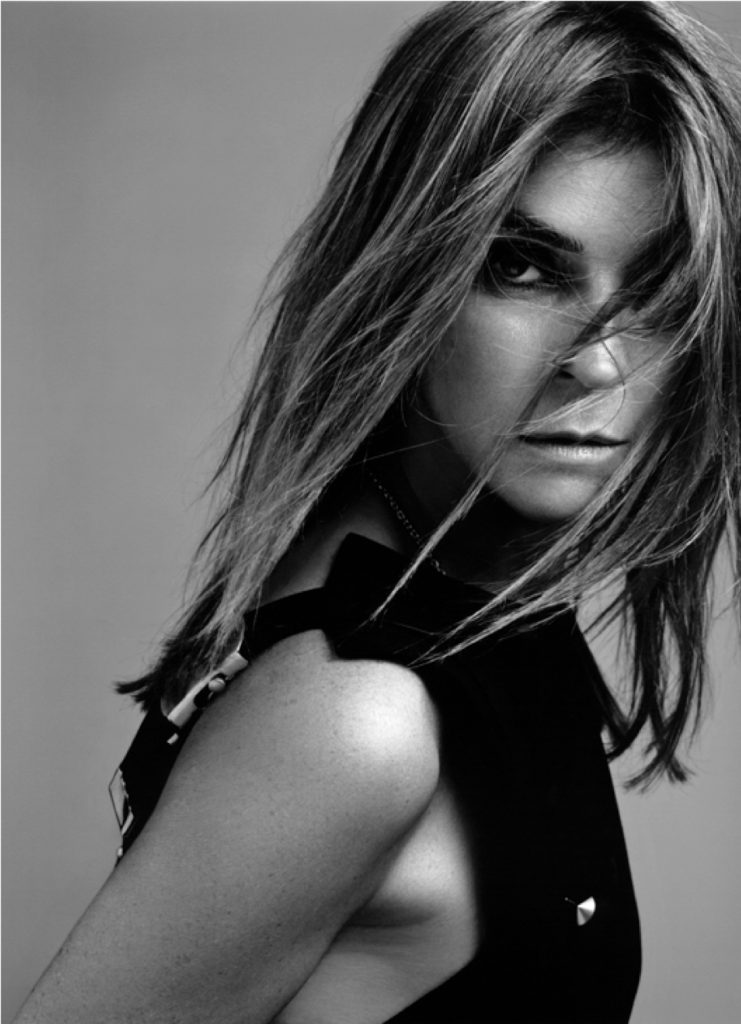 This talented young woman turned to writing, then styling. But it was a chance encounter with legendary photographer Mario Testino – who was shooting her daughter Julia for a children’s fashion story for Vogue Bambini – which changed the course of Carine’s life. They began working as a team, shooting for international editions of Vogue. Add to that a stint as a muse to Tom Ford and to Yves Saint Laurent, (and later, Karl Lagerfeld) and by now you’re beginning to get an idea of just how cool this woman is.

In 2001, Carine Roitfeld was head-hunted to edit Vogue Paris – one of the most coveted jobs in fashion journalism. The images she created for her magazine were often ground-breaking, talked about, visionary; she was, for instance, the first editor to put a transgender model on the cover. ‘I like older women. I like bigger girls. I like black women… It is my strength, to be open-minded, always,’ she told The Guardian.

But having been a fixture on the FROW for a decade, Carine quit the magazine to focus on personal projects. And oh, we’re so glad she did. From early on in life, Carine Roitfeld had been entranced by smells – as she told The Scented Letter, for our magazine’s ‘Memories, Dreams, Reflections’ column. ‘Very early on, I realised that scent was closely linked to memory. Later, I became aware of the importance of sillage, or the trail you leave behind you. I like the idea that people recognise me by my scent, in the elevator, in the office, to know I was there, and left.’ 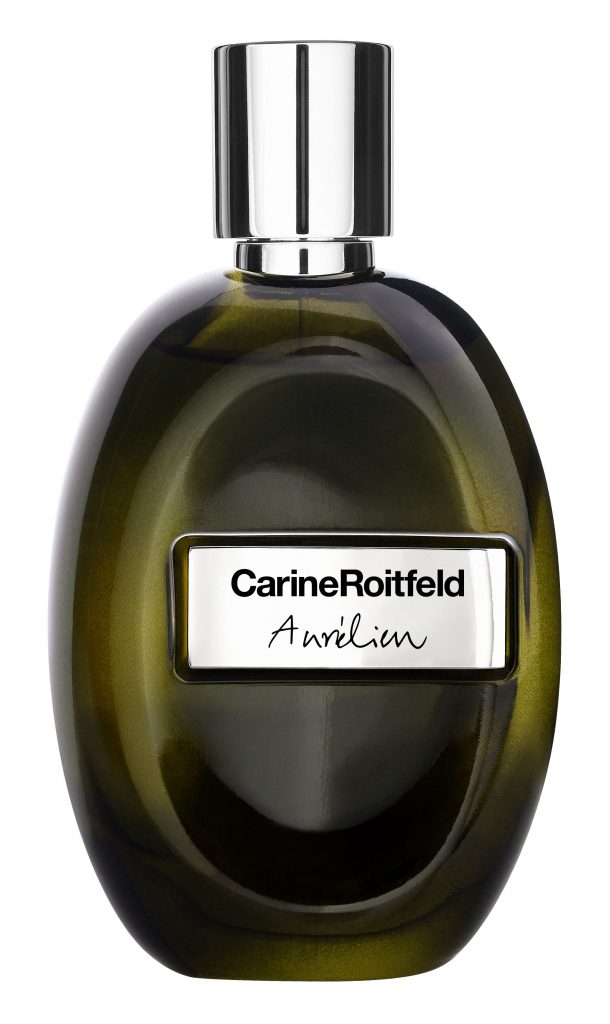 So perhaps we shouldn’t have been surprised that her first big venture after leaving Vogue was to create a collection of perfumes. As she puts it: ‘I consider scent the most defining style signature, containing within each molecule the power of identity and the magic of seduction.’ Working alongside her, meanwhile, is her son Vladimir Restoin Roitfeld, who has clearly inherited his mother’s dynamism – for it was he who came up with the idea of building a brand.

And so, Carine Roitfeld continues, ‘I created each fragrance the same way I create a look – evoking fantasy, character and sensuality in each and every detail.’ Because the notion of ambiguity intrigues her, Carine continues, ‘I designed a genderless collection of fragrances for those of us who dare to be desired.’ Chic? Tick. Fabulous? Yes. Sexy? Mais oui! As their creator says, ‘Of course they are sensual. Perfume has to be sensual. I don’t like perfume that’s not sensual.’

Inspired by seven cities and seven lovers, her fragrance collection captures ‘the lifetime of adventure and sensuality that has guided her to the furthest reaches of the world.’ However, as Carine explains of the ‘lovers’,  ‘Unfortunately they are fantasy lovers. But I know these cities very well and I try to think of someone I might have met in these places – the way they talk, the way they walk. Each one has an important connection for me. 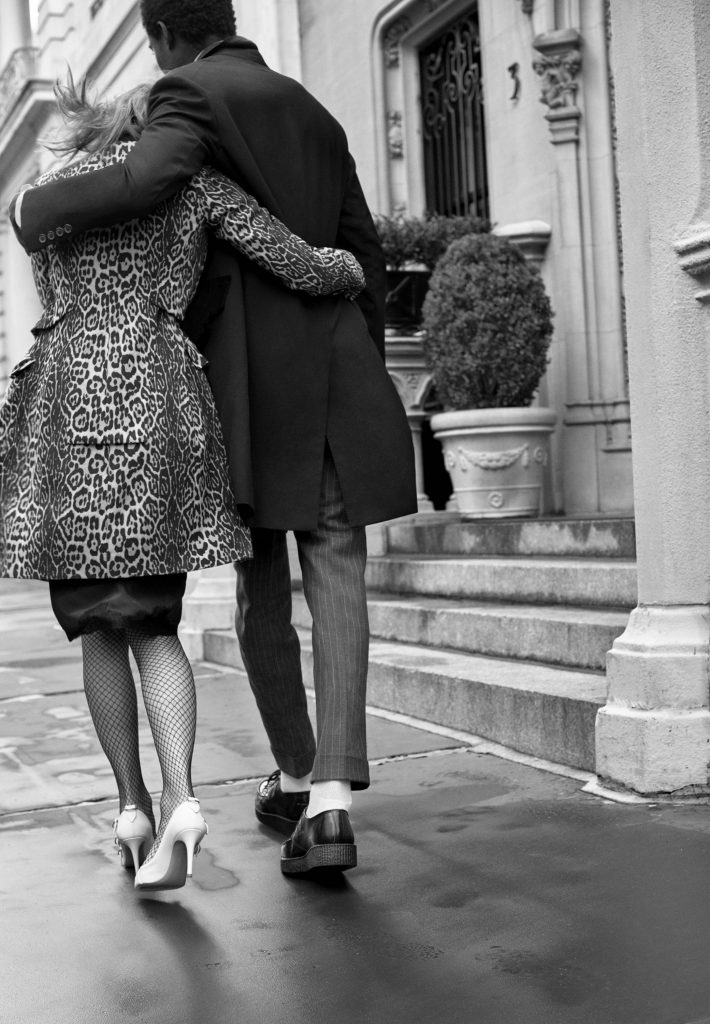 For London, then, we have George: a green floral Chypre, with a naughty note of cannabis wafting through its delicate green and floral notes of violet leaf, jasmine, rose, iris and oakmoss – conjured up in the photo (right) taken by Carine’s friend Sebastian Fanea. He inspired another of her fragrances, Sebastian, which evokes Rio via notes that samba and shimmy smoothly: aromatic immortelle, tuberose, sandalwood and vanilla.

There’s Aurélien, for Paris, a spicy floral suffused with orange blossom absolute and jasmine, alongside smouldering resins to symbolise the Parisian elegance of black. Kar-Wai, meanwhile, is a ‘night owl’ from Hong Kong, conjured up by rare notes of tea, alongside leathery osmanthus, Turkish rose, musks and vetiver. Of course, no scent nomad could ignore the pulsing metropolis that is New York – captured in a fragrance called Orson (after Orson Welles), the sexy sway in its sillage powered by generous amounts of tuberose absolute and ylang ylang.

As for Lawrence? As it comes to life on your pulse-points, this is a creation that bottles both the enigma that was Lawrence of Arabia and the vibrant Middle Eastern city of Dubai, via leathery, spicy notes and a generous dose of oudh. And last but not last, we have Vladimir – a tribute to Carine Roitfeld’s Slavic roots, the city of St. Petersburg and her son, a-swirl with an accord of amber, vanilla and woody iris.

Most of us will never achieve Carine Roitfeld’s elevated level of cool. But here’s a word from the wise. Even if she isn’t planning to leave the house, there are three things she never fails to apply in the morning. ‘A bit of cream, a bit of black, a bit of perfume.’ Though when you discover the fragrances below, we think you’ll find yourself torn between not two, but seven lovers…