The total embodiment of cool, so far as we’re concerned, Bella Freud was born in London, raised partly in Morocco and went on to study tailoring in Rome. (Where an early commission was a tailored jacket for Keith Richards, who happened to be breezing through the city.)

Since then, as The Sunday Times puts it, Bella Freud has ‘made a career re-imagining It-girl style for a new generation of haute bohemians.’

Bella’s background is certainly steeped in bohemian glamour. Great-granddaughter of Sigmund Freud (the Austrian founder of psychoanalysis), her parents were the artist Lucian Freud and writer and gardener Bernardine Coverley. (Who in the 1970s, after her divorce, whisked Bella and her sister Esther to Marrakech, immortalised in Esther’s book – and later the film – Hideous Kinky.) Certainly, it was always on the cards that she’d find her own path to creative expression, and in 1990 Bella launched her signature fashion line. Soon after, in 1991, she scooped Most Innovative Designer at the London Fashion Awards.

Today, Bella Freud is perhaps best known for her ‘word’ cashmeres and merino sweaters – including ‘Ginsberg is God’, made famous by Kate Moss when she was photographed everywhere in it. ‘Were jumpers ever cool before Bella Freud?’ asked The Sunday Times, again. ‘Properly, wear-it-on-a-date-or-to-a-fancy-party cool?’ Probably not. And Bella’s stellar fans are legion, from Laura Bailey to Billie JD Porter, via Anita Pallenberg and Alexa Chung.

From the start, Bella’s also been keen on experimenting with different media and collaborating with fellow creatives. As long ago as 1991, she created a splash by offering a Super 8 short film – ‘Day at the Races’ – as an alternative to the traditional fashion show. Her spring-summer collection in 1992 was also showcased on film – this time, a 35mm movie directed by Kate Garner. Later came three short fashion films which she co-wrote and produced with John Malkovich – and a limited edition magazine, ‘Memo’, with Anita Pallenberg. 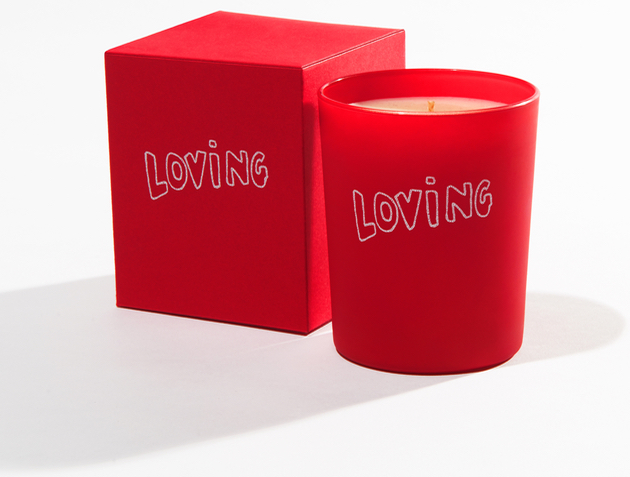 Bella worked with heritage brand Jaeger – from 2000-2003 – to help introduce ‘British’ dressing to a younger audience. From 2004-2006, she was head of womenswear for the relaunch of Biba, and has also created three capsule collections for Miss Selfridge. (You also need to know that Bella channels a great deal of energy into her charity, Hoping Foundation.)

Bella Freud took her time to bring her low-key, rock ‘n’ roll glamour to fragrance, though. Via a collaboration with ‘perfume designer’ Azzi Glasser (who has created for private clients including Johnny Depp and Helena Bonham Carter), she first launched candles. (The more recent tuberose-rich, red glass Loving candle flew off the shelves so fast, Net-à-Porter couldn’t keep it in stock.)

After the success of those, perfume was a natural next step and in 2014, Bella unveiled a trio of fragrances: a scented echo of some of her bestselling knitwear designs, named Je t’aime Jane, Ginsberg is God and 1970.

It’s a fascinating process. ‘Azzi sort of psychoanalyses me,’ observes Bella, ‘and then comes up with the perfume to match the story. And it is always exactly right.’ Thus her portfolio of fragrances, she adds, is ‘an extension of me…’ Inspired by literature and books – often turning to the printed word for design inspiration, and now for scent. 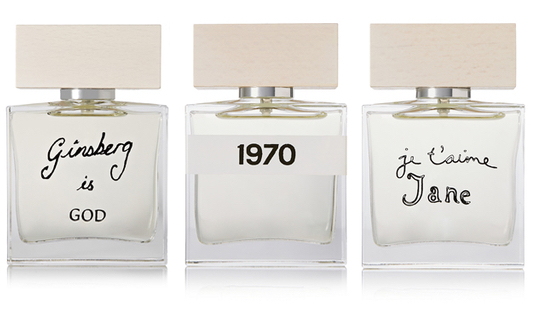 With Je t’aime Jane, Bella imagines that the wearer ‘is a younger woman, alluring and aware of her powers. Jane is seductive and independent.’ That femininity is expressed via a white flower bouquet of jasmine night flower absolute, ylang ylang, orange blossom and Queen of the Night flower, on a seductive base of black oudh, sandalwood and hints of powder-musk, which make for a wonderfully magnetic trail.

The most ‘shareable’ of the trio is Ginsberg is God, inspired by ‘the tousle-headed poet surrounded by books and papers’, offering the scent of green leaves and spring drifting in through the open windows. It’s laced with frankincense, wormwood, book-like leather, spiced by touches of black pepper.

1970, meanwhile, taps into the spirit freedom of the 1970s, with elegant rose de Mai, saffron, frankincense, benzoin and myrrh, given a crisp, clear finish by blonde woods. ‘It reminds me of Formentera,’ explains Bella. It’s a bit more hedonistic… It’s night-time, the sun’s going down, there’s incense – and something is going to happen.’ 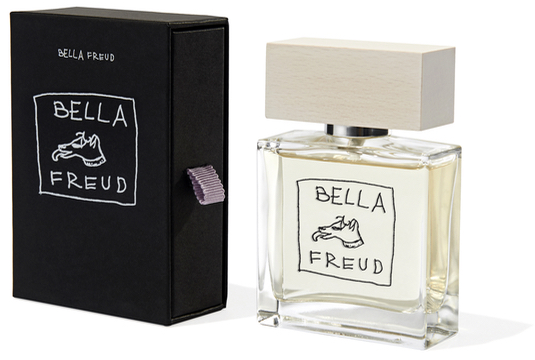 But when it came to her signature fragrance, released in 2015, Bella claims to have been ‘shocked’ at how well her friend Azzi had distilled her very essence. ‘It was almost disconcerting to find that somebody had read me in such a spiritual way. It was like she’d nailed a part of me through pure osmosis.’

Deliciously warm, resinous and edgy, Bella Freud Signature is also rich in amber – a nod to her free-spirited childhood in Morocco. Floral flourishes of ylang ylang and Japanese osmanthus are there, further enhancing its sensuality. And for Bella, the fragrance is ‘a subtle balance between sophistication and intense appeal which raises my spirits and calms my nerves.’

In 2016 she launched Close to my Heart: yet another Azzi Glasser creation. focused around tuberose absolute, caressed by neroli, rose de Mai and jasmine, with the depth of patchouli, black musk, oudh and sandalwood purring in its base.

‘A good scent seems to make someone cleverer and more imaginative,’ concludes Bella. ‘It’s like style: you wonder how they managed to think of it or find it; it seems ingenious…’

Not surprisingly, we couldn’t agree more.