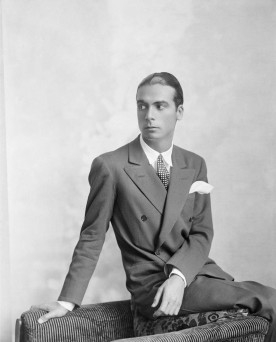 It says everything about couturier Cristóbal Balenciaga that Christian Dior himself once commented: ‘Haute couture is like an orchestra, whose conductor is Balenciaga. We other couturiers are the musicians and we follow the directions he gives.’

Even Coco Chanel acknowledged: ‘Balenciaga is a couturier in the truest sense of the word. Only he is capable of cutting material, assembling a creation and sewing it by hand. The others are simply fashion designers.’

Cristóbal Balenciaga was born in the Basque region of Spain, and had the choice or becoming a fisherman like his father, or a priest like his uncle. But Cristóbal wasn’t having any of that: he desired to work with clothing, in the footsteps of his dressmaker mother. Completely self-taught, he opened his salon – Balenciaga y Compañía – in 1918, and almost from the word go royalty and aristocrats were beating a beautifully-shod path to his door.

Like so many, Balenciaga fled the Spanish Civil War – in his case, moving his HQ to the world’s fashion capital of Paris, in 1937. A year later, he opened his beautiful neoclassical flagship store at 10 Avenue George V, which you can still visit today.

Paris loved his extraordinary cut, his finish, his bows and boleros, flamenco ruffles and embroidered toreador jackets – and among the exquisite beauties clamouring for Balenciaga were movie stars like Greta Garbo, Marlene Dietrich, Ginger Rogers and Carole Lombard. This so-talented couturier insisted that only women of strong character would wear Balenciaga – and he reigned supreme over Paris’s couture world for decades.

Over the years, Balenciaga‘s designs evolved to become simpler, more pure. But as the 60s rolled on, he felt that the frenzied consumerism clashed with his uncompromising couture vision. In 1968, after living and beathing his trade to the fullest, Cristóbal Balenciaga retired, leaving elegant women heartbroken. (It’s said that Countess Mona Bismarck mourned by shutting herself in her room for three days…) 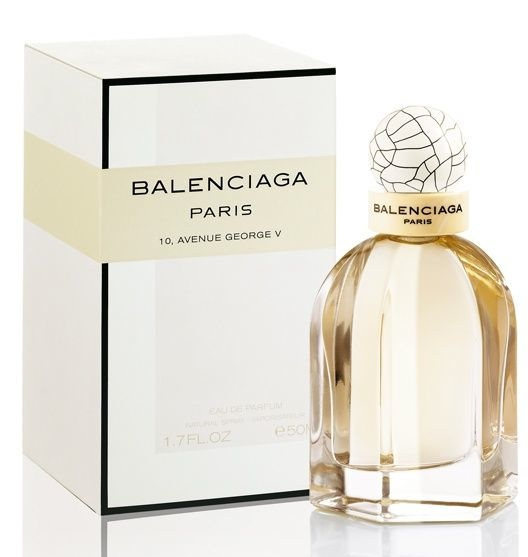 Fragrance and Balenciaga were always inextricably linked, in women’s hearts. Balenciaga Le Dix was one of the most acclaimed fragrances of its time, created by Francis Fabron (who also made L’Air du Temps). There was elegant and mysterious Quadrille, and La Fuite des Heures: each of them a final couture ‘touch’, for Balenciaga clients who wore the real thing – and for those around the world who could only dream of doing so.

It wasn’t until the tenure of Nicolas Ghesquière – who took over in 1997, the first designer truly to fill Cristóbal Balenciaga’s shoes, after the couturier retired – that the house turned its creativity to fragrance once again. First came Balenciaga Paris, its elegant, pared-down bottle promising a ‘delicate mystery’, and with Charlotte Gainsbourg – a new Balenciaga ‘muse’ – as its face. (Charlotte was actually involved in choosing the final fragrance, out of the final trails, opting for this version of the spring-like, violet-rich scent because ‘there was something more frank about it,’ as she told WWD.) 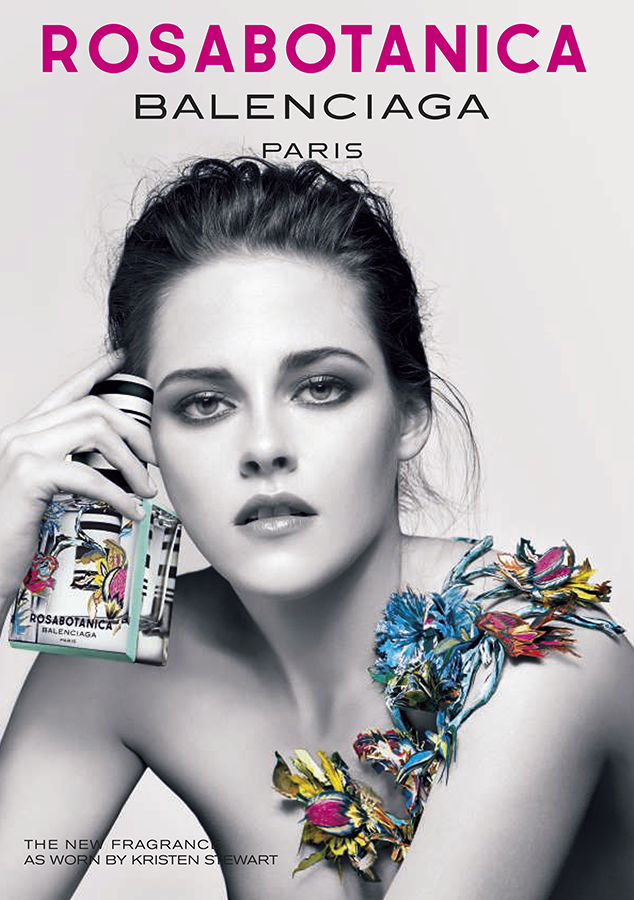 Then Florabotanica was launched, in 2012: a ‘secret garden’ of a fragrance, fusing amber, rose, carnation, mint and vetiver, represented in the so-striking advertising campaign by ‘Twilight’ superstar Kristen Stewart. The actress admitted she’d never even been interested in perfume before. ‘There’s something natural about it… it’s very alive. I think that as a young person wearing it – considering that I’ve never worn a scent – it kind of puts you on this level of, like, “Whoa, check me out.'”

As Ghesquière commented at the time, ‘We really put ourselves in the shoes of biologists discovering enigmatic plants whose secret we wanted to uncover. And take samples of the flowers for our research. We created a bottle that would express the whole scientific technique, clean lines and play on mirrors like those slides you find in laboratories.’ And Florabotanica went on to win a 2013 Fragrance Foundation Award for Fragrance of the Year.

Then Rosabotanica – in an equally striking contemporary bottle, again with Kristen Stewart as its ‘guardian angel’ – was unveiled: ‘the second flower in Balenciaga‘s magical garden’, taking florals into positively futuristic territory with this:  ‘an enchanted spicy vegetal rose, lightened up by drops of green and milky fig leaves, with an “experimental” rose accord.’ And Balenciaga B: a green fragrance with a dark, woody flair, touched by notes of lily and green leaves and in a bottle inspired by the marble flooring of Balenciaga’s original Parisian salon.

Perfume-lovers everywhere are waiting for Balenciaga‘s next scented move. (And asking the question: will those classics ever be revisited…?)

Watch this space: we promise we’ll be the first to let you know.