Atelier Cologne‘s is a fragrant love story: its founders, Sylvie Ganter and Christophe Cervasel, are a couple who share a dream, a passion – and a growing family… 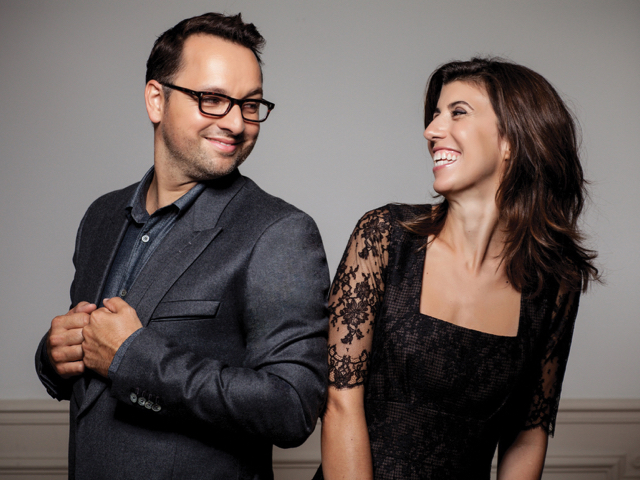 The story began, of all unlikely places, at a job interview. The man sitting on the other side of the desk asked Sylvie where she saw herself in five years’ time. ‘I started telling him about my dream in life, which was to create my own perfume brand. And I thought, “What am I doing, am I crazy?” If I tell him that, I’m never going to get the job.’ Instead, he said: “Wow! What a great idea.’ So… fast forward: we started working together, we enjoyed that very much – to the point of getting married! And actually, before getting married, we decided to have a baby together – and our first baby was Atelier Cologne. And after that, we had a real baby…’

Atelier Cologne is the first ‘maison de parfum‘ dedicated entirely to that most classic of fragrance forms, the Cologne. Beyond that, Atelier Cologne heralds the beginning of an entire fragrance category: ‘Cologne absolue‘ – Colognes based around the signature notes of this much-loved fragrance family, but blended to have outstanding lasting power thanks to their very high concentration of perfumed oils (15%).

As Sylvie told the revered fragrance blogger Persolaise, ‘A Cologne absolue is basically looking at the roots of Cologne, which is a citrus-based formula. It’s taking the best of citruses, but it lasts on the skin, which is uncommon in an eau de Cologne. Unlike an eau de Cologne, it’s very high in concentration – between an eau de parfum or a pure perfume – hence the lasting power. And also, it doesn’t just have citruses. It also has base notes, which enable you to have different facets. So it’s either a Cologne with personality and lasting power – or an eau de parfum which has a really fresh quality.’ 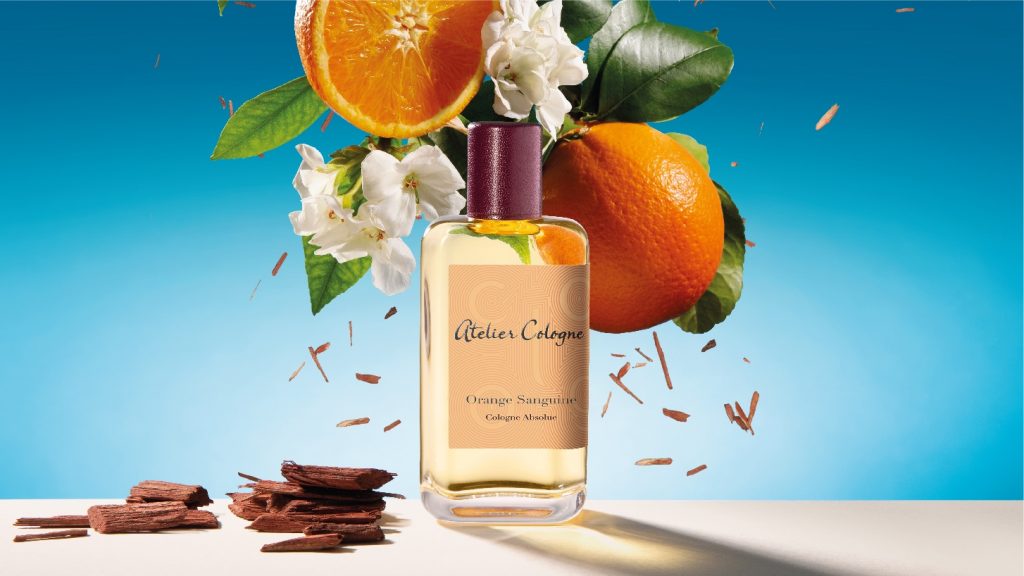 Christophe and Sylvie opted to work with different (leading) ‘noses’: Ralf Schweiger, Jérôme Épinette, Cécile Krakower… And enchantingly, each fragrance weaves together emotions and powerful memories, tapping into the power of fragrance to tell a story. Take Orange Sanguine, left, zesty with notes of Italian and Seville blood oranges, Italian mandarin: ‘It was the kind of moment you would want to revisit. Everyone was here, gathered on the terrace for breakfast, and the scent of fresh oranges was diffusing in the yellow heat. A symphony of their laughter and waves hitting the cliffs played in the air.’

You might like to dive into Oolong Infini, with elements of black tea, leather, Tunisian neroli, tobacco and woods: ‘His breath fogged the window while he watched new snow fall upon the frozen lake. He came here to catch up on his writing and escape the city. At that moment, the fireplace crackled, ice settled into his glass and his thoughts made their way back to the ink.’ More recently, we’ve enjoyed Iris Rebelle, revealing a new and unexpected, sublimely elegant side to iris. As the story goes, accompanying this unisex floral, ‘He was drawing obsessively, invading her space as if he were alone. But when she changed her seat he could not stop staring at her. Days later backstage, she was nervously breathing as the crowd was waiting for the ballet to start. At that moment, she unexpectedly saw him in the front row. All at once, she felt strong and calm, as if they were alone…’ With iris paired with orange flower and underpinned by Moroccan guaiac wood, this is a scent with both brightness and backbone. 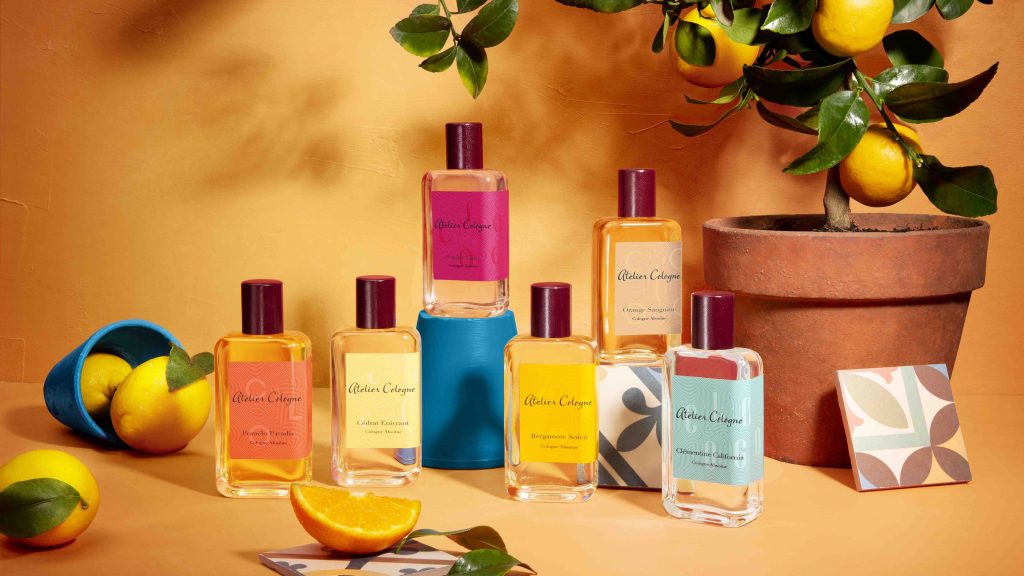 Atelier Cologne‘s creations can be explored in perfumeries around the world – but we recommend you also seek out their own intriguing boutiques (in Paris, Nolita, San Francisco, Brooklyn and beyond), as well as dedicated spaces within iconic stores like Harrods. Furnished in an ‘industrial chic’ style with comfortable armchairs, worktables, stools, they’re a wonderfully relaxed place to explore and enjoy the Colognes Absolues and their stories.

A unique feature of the Atelier Cologne boutiques and departments is personalised engraving on leather: each of the boutiques showcases working engraving machines, reclaimed from vintage French and American factories, to personalise the leather travelling cases for flacons right there and then in front of your eyes – with a name, initials, or a special message, and available in a rainbow of leathers.

But if you can’t get to a store? There are various Atelier Cologne personalisation options available online. With more than two dozen fragrances in the collection, today, it’s possible for anyone to build an exciting and colourful fragrance wardrobe within the collection – or at the very least, something for everyone. So do we recommend setting aside time to explore? Absolument…!