Angela Flanders was a fragrant phenomenon: an utterly incredible woman with a life-long passion for perfume, who was still working – and creating beautiful scents – into her eighth decade. And through her daughter, Kate Evans, Angela’s legacy endures… 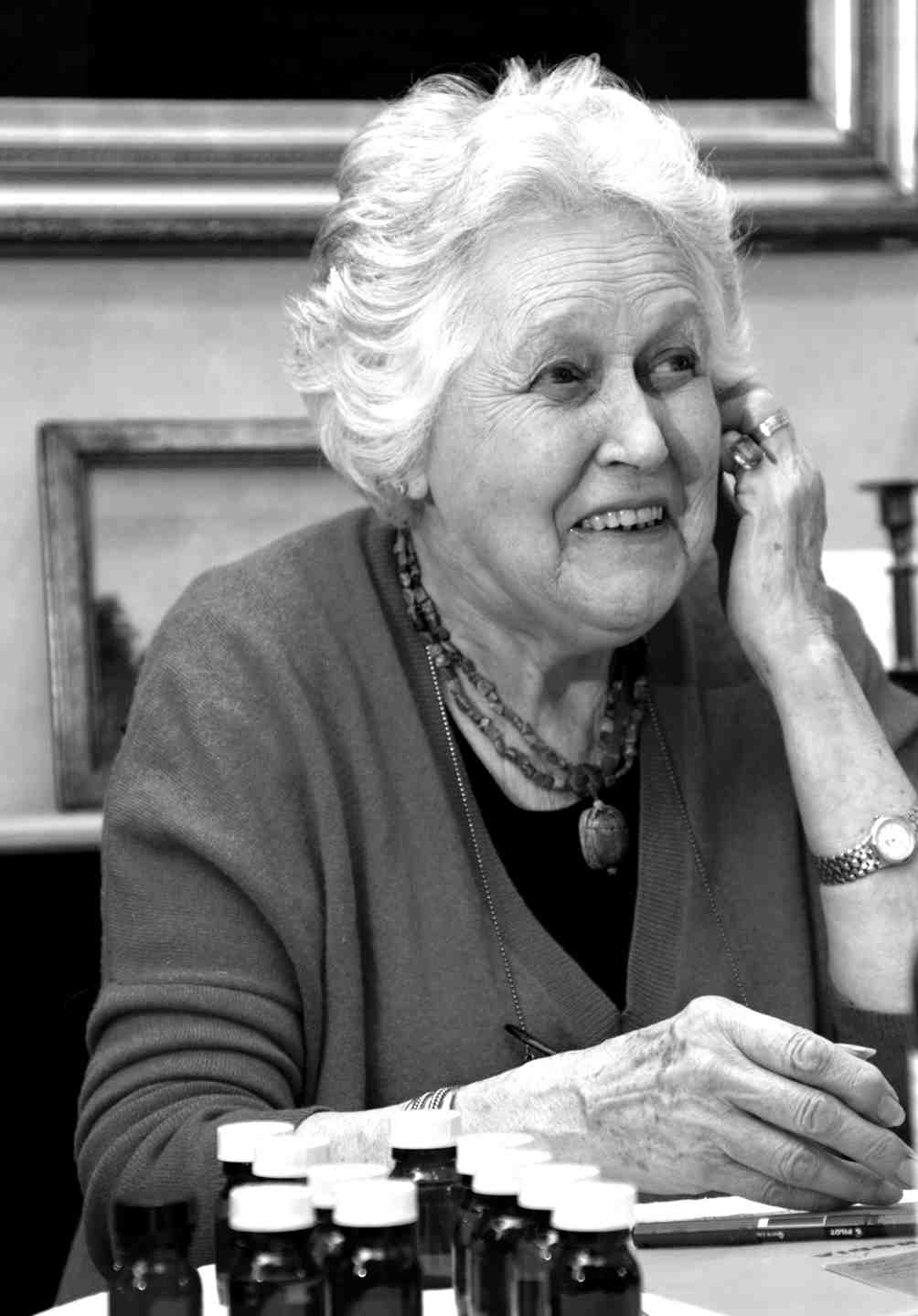 Angela’s first successful career was as a television costume designer, actually, after studying fashion at Manchester College of Art. She then worked as an interior designer – but it was writing a book, Aromatics, published by Mitchell Beazley in 1995, which set Angela Flanders on the path for a second career. Utterly fascinated by the history of perfume (and in particular the writings of a 19th Century perfumer), Angela began to work with fine personal fragrance – creating scents from her imagination and inspiration, the spark perhaps a particular ingredient (rare or new), a story, or an emotion…

She’d opened a store in the heart of the bustling Columbia Road market in 1982, selling (as she put it) ‘all manner of bric-a-brac I’d painted and cleaned up to sell.’ The enchanting store – designed to be the perfect restoration of a Victorian shop – featured bowls of sweet-scented pot pourri. When the woman who’d been making the pot pourri turned down Angela’s request for a ‘seasonal’ version, ‘I thought, right, no problem, I’ll just do it myself,’ says Angela. Customers loved the spice-and-orange blend – and before long, were asking her to create fragrances. And so she began gathering rare and exotic materials – and the (eminently shareable) Angela Flanders perfume collection was born. 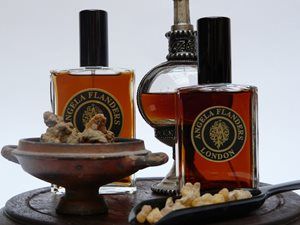 Fragrances include the elegant classic Chypre Caspian, which opens with marine notes, and reveals its warmth through oak moss, vetiver, amber and musk. Bois de Seville is infused with the spices Angela loves to work with: a soaring overture of orange, rose and bergamot, warmed at its heart by cinnamon, black pepper and spices, with long-lasting elements of rare woods and balsams, purring underneath. Or there’s Parisienne: sophisticated and elegant, speaking of ‘assignations at dusk and walks by the Seine,’ as Angela puts it, leaving a trail of roses, powdery musks and gentle hints of vanilla.

For many years, Angela Flanders was a well-kept secret to those-in-the-fragrant-know, with customers seeking out the store. Then in 2006/7, Angela Flanders Figue Noire was nominated for a FiFi Award, for its swirl of woodsmoke, leather and sweetness. (As Angela put it, she was always ‘fascinated by rich, deep and mysterious perfumes.’) Ambre Noire (seen above right) followed, in 2008: deep golden in colour, mysterious and exotic, it’s described by perfume expert James Craven as ‘excellent on a man, but irresistible on a woman, enticingly exotic, very adult – and not a toy!’ 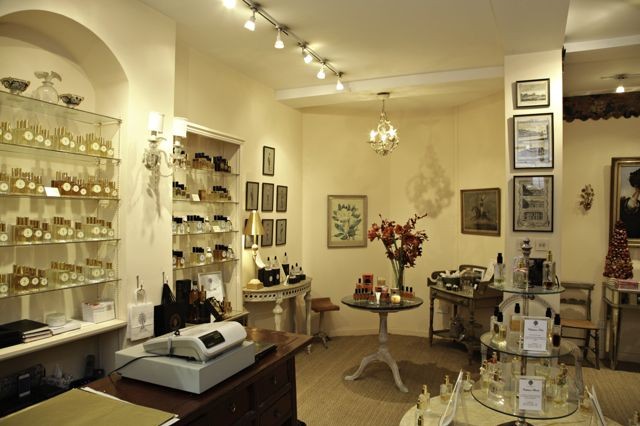 The original perfumery boutique was awarded The London Magazine‘s Great Little Shop Award in 2010, and a second store opened (see it left) in Artillery Passage, in September 2012. That was a great year for Angela Flanders, in every way: her fragrance Precious One won the Fragrance Foundation FiFi Award for Best New Independent Fragrance.

It was created for her daughter Kate Evans’s Precious boutique (also nearby in Spitalfields). As she told the author of Cult Fragrances, Tessa Williams, at the awards ceremony, ‘I could see all these faces looking at me, thinking “Angela who?”‘ Well, they certainly knew who she was after that – and increasing numbers of people continue to seek out her interesting, individual (but always gorgeous) scents. Precious One has become a bestseller with both men and women: rich, intense, a Chypre with velvety, mossy aspects and a beautifully resinous finale. 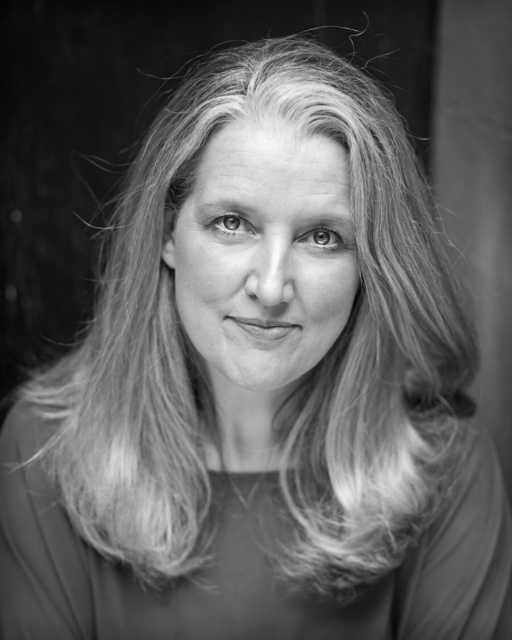 Sadly, Angela Flanders died in 2016 – still working, right to the end. We were honoured to be present at a beautiful and intimate memorial service for her in the Columbia Road shop, at which leading figures from the perfume world shared their memories of this extraordinary, inspiring woman. (You can read our account of it here.) Today, her daughter Kate Evans has taken up the reins of the Angela Flanders perfume house. Having worked alongside her mother, she is privy to many formulae that her mother perfected, but never launched – so we can look forward to much more to delight us, in future.

Perfume is ‘a golden flask of joy, a little bit of magic in a bottle’, as Angela’s website puts it – which of course, is what we long for, in a perfume. And as Tessa Williams comments: when people walk into an Angela Flanders shop, ‘They know they have found something really special…’

We cannot recommend to highly that you follow in their footsteps.