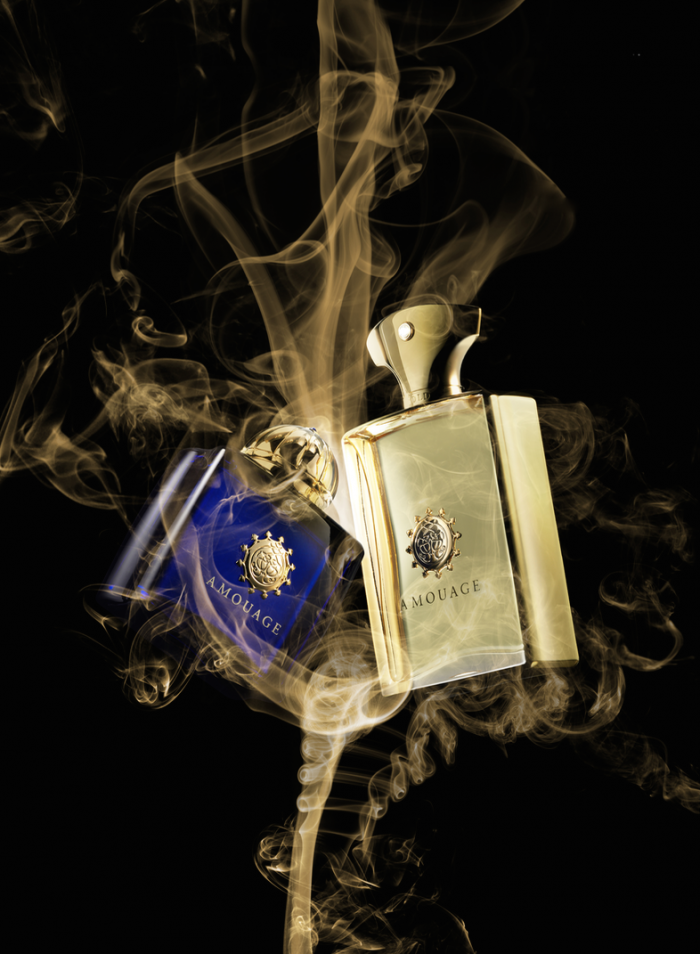 As those-in-the-scented-know are aware: for 33 years, Amouage has been drawing on the ancient, alchemistic traditions of perfume-making – creating perfumes that are loved and worn all over the world.

Because though the tradition may be ancient – and its roots in the Sultanate of Oman, the very ‘cradle’ of perfumery – Amouage is a luxury perfume house with its finger on the pulse-point of what modern men and women want: fragrances created using the finest oils and essences sourced from around the world – blended in a contemporary style that can be enjoyed from London to L.A., Rome to Muscat, Paris to Bahrain.

Or to quote Amouage’s CEO David Crickmore, ‘We are an international, luxury fragrance brand, with long-lasting and innovative fragrances that pay tribute to the art of fine perfume-making.’ (Today, fragrance has been joined by bath indulgences, home scents and even leather goods.)

At The Perfume Society, we’ve long been aware of Amouage’s artisan approach to perfumery – but the man who has truly put the house on the global map is Creative Director, Christopher Chong, who’s been quoted as saying: ‘Perfume is more than beautiful scents. It is a philosophy, a representation of life, living, who we are and how we want to define ourselves.’ 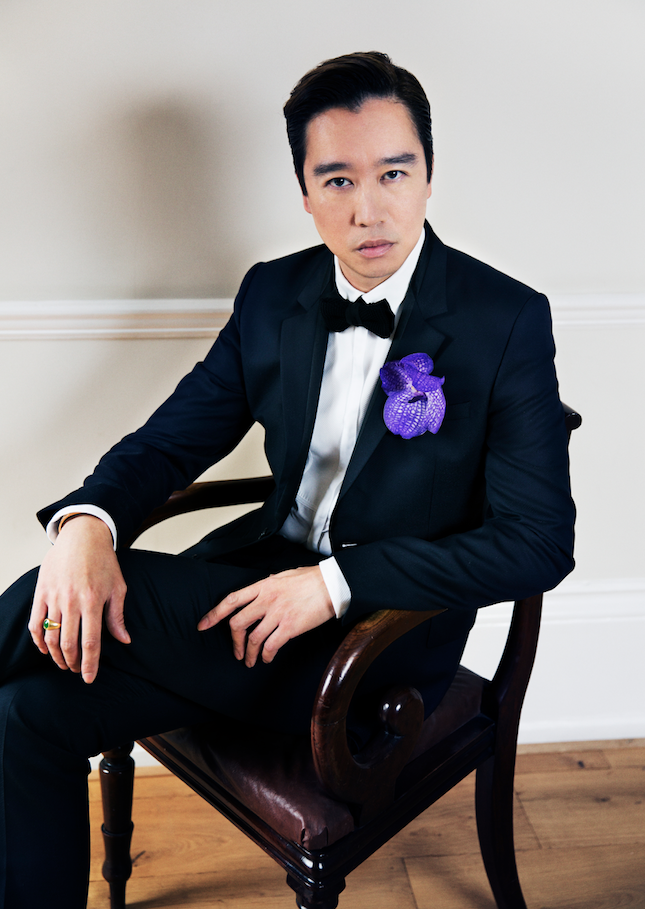 Born in Hong Kong, brought up in New York and now living in London, Christopher has a life-long interest in the realms of luxury, and loved nothing better growing up than visiting the department stores of Madison and Fifth Avenues. Later, he studied for a Masters in Literature, Language and European Thought, exploring the world of fashion through his studies.

His inspirations are many and various – and global, connecting fragrance’s past, presence and future. ‘My perfume brief is inspired by all elements around me, especially music,’ he has explained. (Christopher Chong also studied as an opera singer – quite logical when you consider that fragrances, too, are composed of notes, accords and harmonies.)

The fragrances which Amouage has launched since Christopher’s arrival have won acclaim – and awards. (Amouage Fate Man won ‘The Atmospheric Award’ in the Jatamansi Awards, while its feminine counterpart, Fate Woman, earned a Basenotes Award in 2014.)

The Epic collection – for men and for women – is also highly-acclaimed by fragrance critics. For this, Christopher explained, ‘I was inspired by the yin and yang concept. So, I created one man and one woman fragrance before they were fused together to form Epic Woman. I wanted to explore the balance of femininity and masculinity traits in the fragrance. With Epic Man, I was inspired by an antique Chinese leather travel trunk, which could have endured many journeys on the Silk Road – a travel trunk with many legends to tell…’ 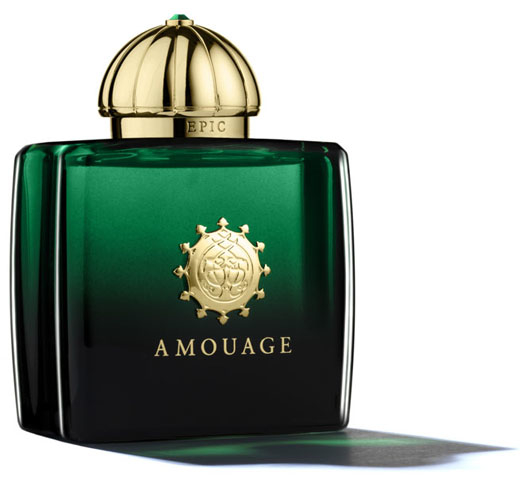 Every Amouage fragrance does indeed tell a story – but at the same time, Christopher looks for the unusual or different in his creations. Florals will have as many facets as a diamond. Spices and woods are used to create beautiful contrasts – and Amouage’s perfumers, too, are encouraged to seek out the rarest ingredients, to add intrigue in the base.

What you can never accuse Amouage of is ‘following the flock’ – which is exactly why perfumistas have always sought out the fragrance house. (Though happily, with a stunning flagship store in London’s Knightsbridge and a growing number of Amouage stand-alone perfumeries globally, that’s getting easier all the time…) 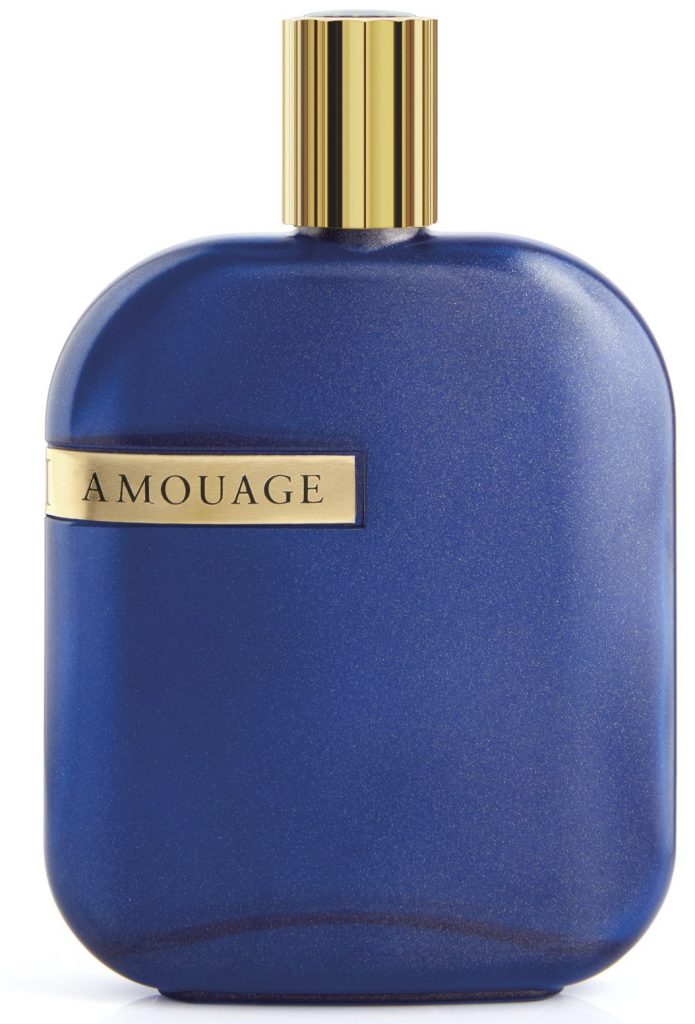 Amouage also offers the Library Collection of fragrances – each one a numbered ‘Opus’, formed to ‘celebrate the unexpected and to express the mastery within perfume creation’. It begins with exquisite Opus I: a glorious Chypre fusing bigarade, plum, cardamom, ylang ylang, tuberose, lily of the valley, frankincense, tonka bean, sandalwood and vetiver) – and the ‘Library’ of continues to grow, with Christopher Chong taking his inspiration from reading and from the arts and culture generally.

Amouage‘s eleventh volume in the Library Collection was Opus XI. In this case, he explained to us, ‘Opus XI is inspired by Edward Said’s book Ambréeism, in which I took the concept of the Occident’s creation of the Orient as inspiration, with real Laotian oudh as the key ingredient.

Although some may be labelled ‘for men’, others ‘for women’, many perfume-lovers find them utterly shareable. As Amouage so succinctly put it, their perfume house ‘appeals to sophisticated, confident and well-travelled consumers who are not afraid to stand out from the crowd by wearing something really special and innovative…’ And if that sounds like you, we encourage you to discover, explore – and enjoy – Amouage’s unique fragrant universe…

To explore Amouage, can we encourage you to visit their website – here – where Christopher Chong invites you to experience fragrance via highly watchable short films, or visual vignettes – ‘perfume in motion’…