The result of a legacy rich with innovation, celebrating luxury in a thoroughly modern way, Amoroud – born out of a much-loved fragrance name, The Perfumer’s Workshop – are set on revolutionising the fragrance world once again with their masterful (and so more-ish) compositions… 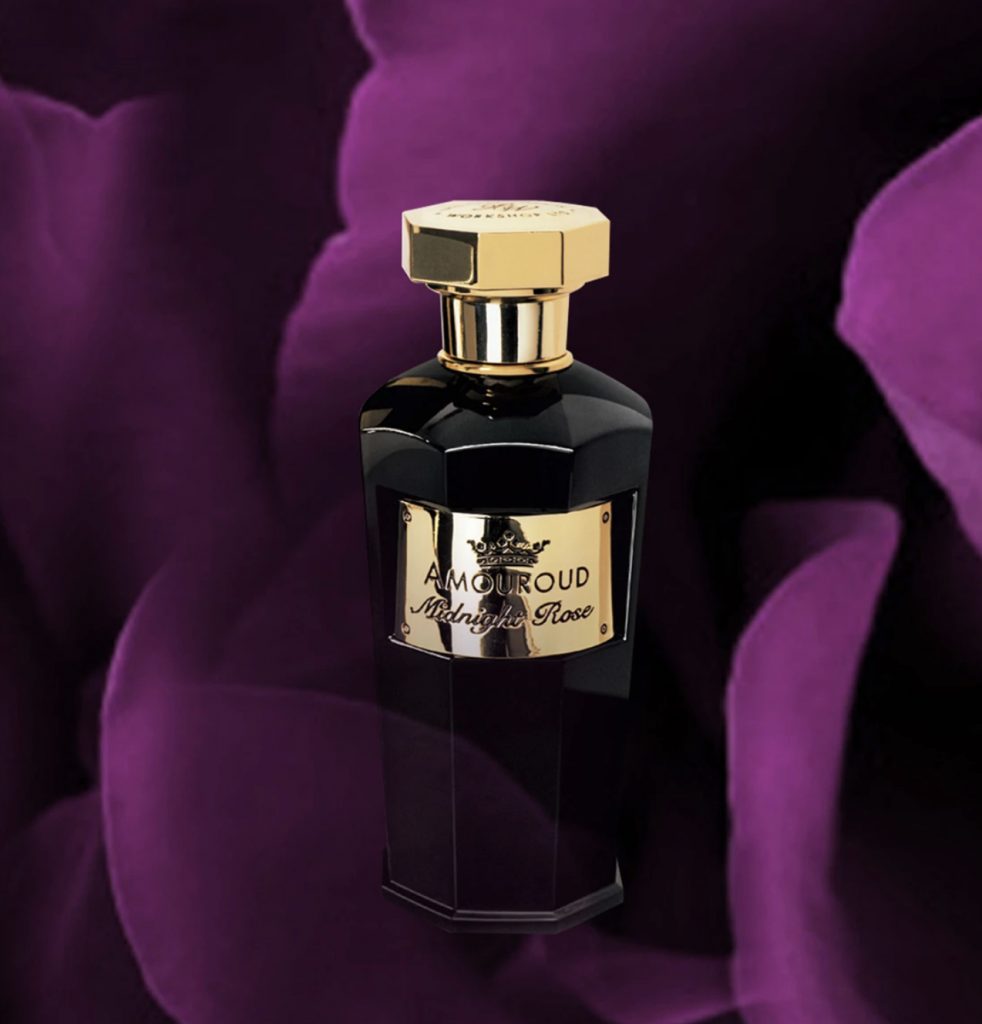 The concept of having one’s fragrance tailored in-store to your exact requirements feels terribly modern. But as fans of The Perfumer’s Workshop know well, this fragrance name began bespoke blending essential oils in selected department stores in the 1970s, creating custom scents for delighted perfume-lovers. Essential oils, at that point, had come to be thought of as a little ‘hippie-dippy’ – but The Perfumer’s Workshop successfully re-positioned them ‘as a luxury product,’ as they put it; ‘an ‘uptown meets downtown’ spirit.’

They began in select department stores, their iconic ‘Custom-Blending Counters’ first at Bloomingdales, evolving into more interactive concepts of ‘Perfume By Appointment’, which was developed for Harrods, and then ‘Personal Perfumery’, for Saks Fifth Avenue. Because they were ‘the first company to custom-blend scent in the luxury category,’ Amoroud‘s founders explain, ‘we paved the way for today’s boutique brands, creating several new niches and markets.’

They are perhaps best known globally for their Tea Rose – an ultra-green and fresh evocation, it launched in 1972 but found a second wave of fans after scent critic Luca Turin granted it four out five stars in his influential Perfumes: The Guide. 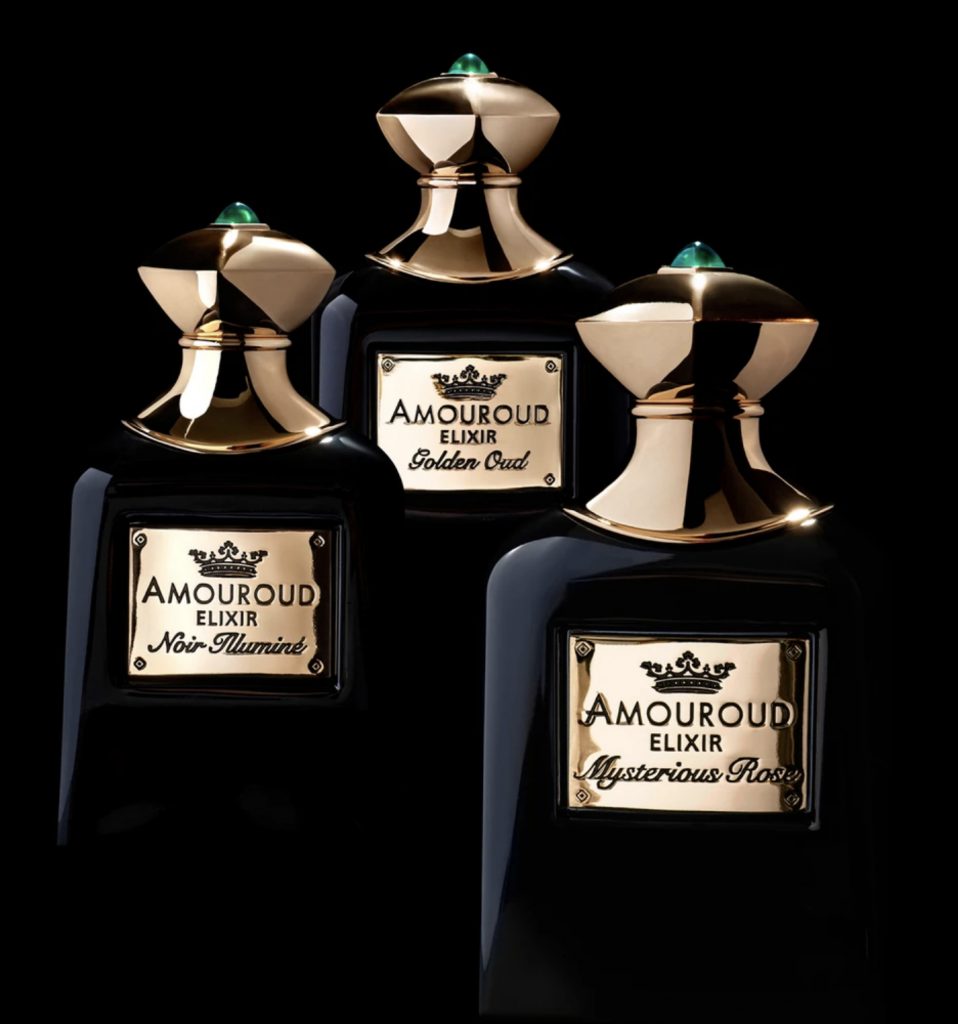 Nowadays customisation is a key trend across markets, not just in fragrance, and across the world. People yearn to wear a creation that speaks to them, that tells others their story, or highlights certain characteristics, in scented form. And so, having revolutionised the fragrance industry, Amoroud was the obvious next giant step forward: an evolution of these personal blends. Taking the same care and consideration, honouring the skill of perfume blending and building precious perfumes around a core of one of the most expensive (and misunderstood) fragrant ingredients in the world: oudh.

You can read about the history and harvesting of oudh, or agarwood in our INGREDIENTS pages, but this fascinating note has eclipsed the ‘trend’ it was once seen as, to become a bewitching mainstay of the fine perfumer’s palette. There are those devoted to it, addicted even, they might say. Others shy away at the mere mention of the word – but we feel that is because of the way it is sometimes used, with too heavy a hand for many (mainly Western) tastes. Or it may be that those naysayers have only smelled inferior quality oudh – or a synthetic accord that isn’t actually oudh at all.

Well, we say: even oudh refuseniks need to get on board with this brand. We have no doubt they’ll be burying nose to wrist in sheer delight as they explore each of the unique scents, and the myriad ways this cornerstone ingredient is used in each. Split in to three collections – Original, White Woods and Elixirs – together they encompass the directions that oudh can take, in a modern fragrance. 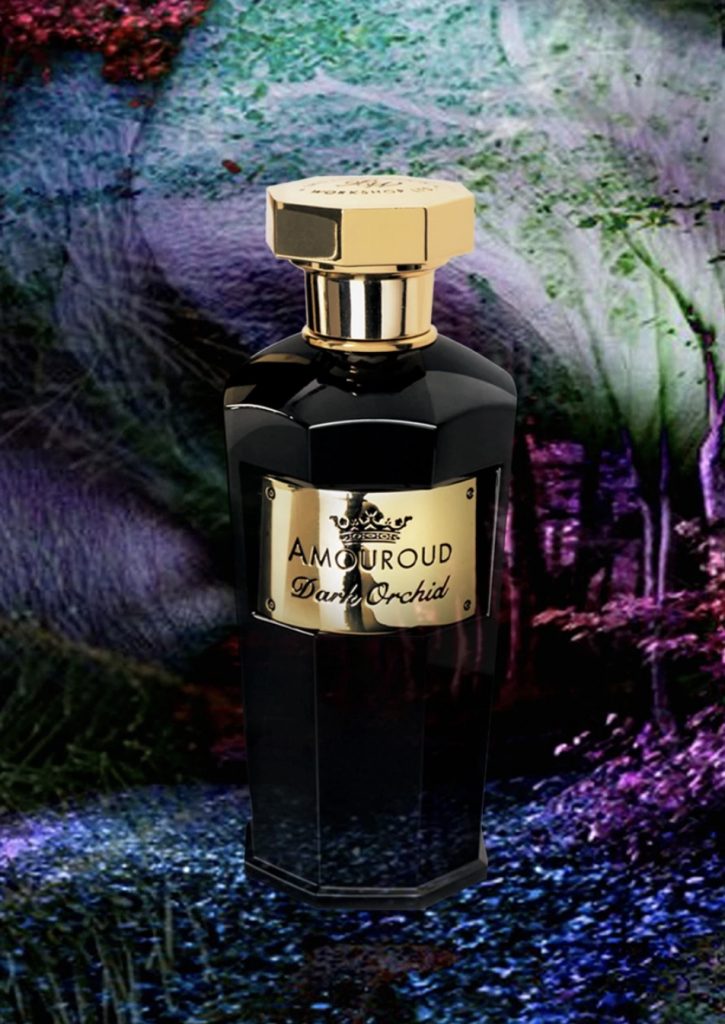 Thomas Dunckley (the blogger also known as The Candy Perfume Boy, and a long-time friend of, and contributor to, The Perfume Society), has described how he was thoroughly won over when he first got to sniff their creations at a launch in Harrods, back in 2016. And he thought they would really revolutionise the way people thought about oudh perfumes. ‘One can see that years of experience have been poured into each and every single detail,’ he enthused. ‘The bottles are heavy and luxurious, the box has a metal plaque appliqued onto it and the fragrances themselves are well thought-out and exciting,’ he continued.

Welll, we were at that Amoroud launch, too, and equally excited by what we saw and smelled. Here was a showcase of oudh in all its various forms, it seemed – some overt, while others (the majority of the collections, in fact) whisper of oudh, using it as a particularly sophisticated seasoning, rather than placing it front and centre.

With incredible ingredients painstakingly blended and so impeccably presented, we defy you not to fall in love with many of Amoroud‘s creations, all at once. Dark and mysterious or light-filled and gauzy; reminiscent of languid sunsets somewhere exotic or the sparkle of sunlight on the crest of a wave… your Amour for oudh is about to begin…