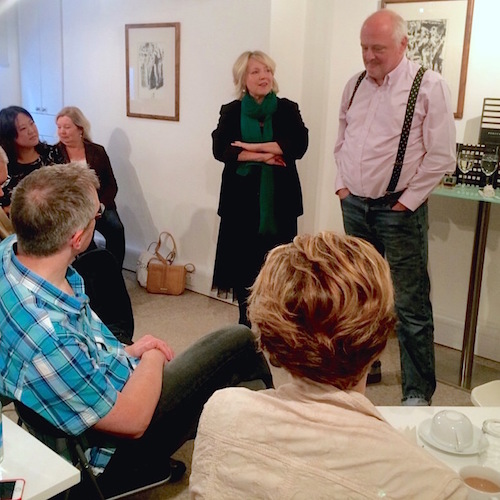 As the crowd of fragrance fanatics shuffled tentatively into the room, the excitement and tension were palpable. We were all gathered at Les Senteurs for The Perfume Society’s afternoon tea with Luca Turin – fragrance expert, scientist (though he disputes this) and co-author with his wife, Tania Sanchez, of what has become the definitive ‘Bible’ for perfume lovers the world over –  Perfumes: The A-Z Guide.

We’re not quite sure if our VIP Subscribers were expecting Luca to sniff them as they walked in the door and turf them out of the room snarling with disgust if he disapproved of their choice, but our Facebook page had seen a frantic discussion of ‘what to wear!’ to the event. In any case, Luca is a completely down-to-earth, engaging, generous and wonderful person to spend time with – he and our editor Jo Fairley go back many years, right to before he published The Guide, while he was still developing his vibrational theory of how we smell – and everyone in that room was buzzing with enthusiasm throughout the day. Jo began by asking Luca why he wrote the book, and why he thinks fragrance is worth writing about or discussing, anyway… 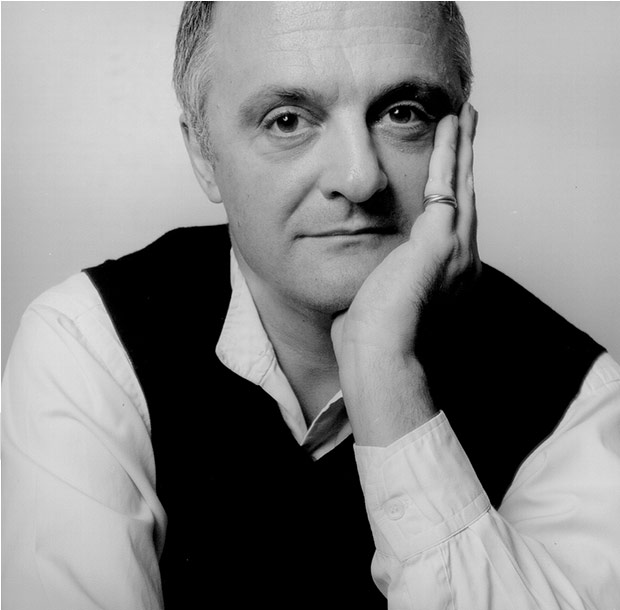 Luca Turin: ‘Perfume for me, it’s not a smell – it’s a message in a bottle. People always think of perfume as a refined form of a smell, and that’s not true. Rose oil is a smell – and when beautiful it’s sublime. But it’s still a smell. Perfume, when done well, is a message written by the perfumer to the person who’s going to be wearing it. So, in principle, it should be decipherable; because a human did it for another human. There is of course some question whether the humans are still doing it, or whether the robots have taken over… But to my mind, perfume is very much a chemical poem. Whether it’s natural or synthetic makes practically no difference – there are some great synthetics and some crappy naturals.’

Jo: Do you think there is no ‘right’ and ‘wrong’ when it comes to people’s opinions?

Luca: ‘Well I think there’s a lot of right and wrong when it comes to political opinions, but thank god perfume is such an irrelevant thing that you can practically do no harm. No… actually let me correct that: you can completely screw up a dinner of a concert by wearing a bad perfume! But in the whole, perfume does very little harm and plenty of good – so all opinions about it are valid.’

‘I used to write a column for a Swiss magazine, and what happened was that Chandler Burr, who’s an American journalist, wrote a book about me. And as Tania [Luca’s writing partner and now wife] points out, it’s kind of weird because the end result of he (journalist) writing a book about me (perfume maven) was that he became a perfume expert, and I became a journalist. We sort of switched places. Anyway, I was asked to write this Swiss column, and it lasted eleven years. In fact, we’re self-publishing those columns as a Kindle book on Amazon…

Jo asked me why I didn’t write for more magazines, and the reason is – advertising. I wrote for the Swiss magazine because in posh Swiss magazines you only tend to get adverts for watches (and I don’t say anything bad about watches). But most big name magazines have advertising, and so if you say the latest Lauder or whatever sucks, it’s going to cost them money. So they never asked me to write! Then I got a phone call from Style Arabia, and the editor said he’d like me to write for them. I said, I must warn you – you’re going to hate me, because your advertisers will cancel their contracts and also I’m expensive. He replied that neither was a problem, and so I am free to write what I like.’

Luca and Jo thought it would be more interesting to choose a selection of fragrances from Les Senteurs – some of which he’d not written about previously – indeed, some he’d never smelled before – and share the sniffing and resulting opinion of with our VIP audience right then and there. It was sort of a privileged peek into behind the scenes of how Luca works… 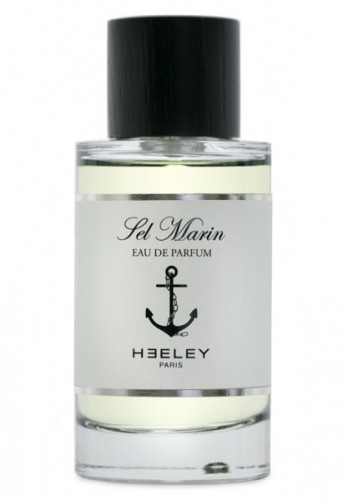 James Heeley Sel Marin
LT: ‘Heeley always does very stylish perfumes, and it’s nice to have a light fragrance that’s complicated, has a rain note, and isn’t just calone heavy. It’s subtle and salty, and that salty thing is so hard to get right. I mean it’s not going to move mountains but I like it a lot.’ 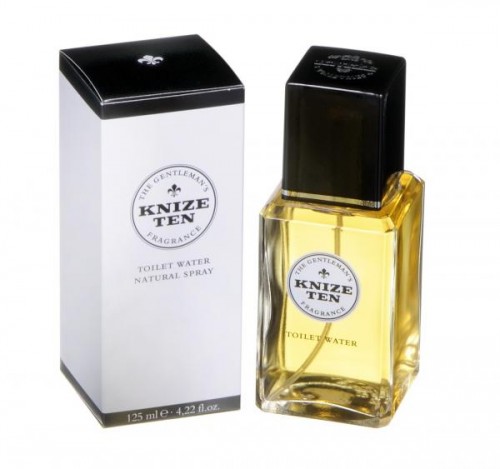 Knize Ten
LT: ‘I love it for the fact it’s vaguely transparent, as a leather it happens to be intense but also transparent. It’s got this cheap fake strawberry/ripe fruit note. And I like that cheap and expensive go really well together. It’s almost the definition of chic. That things shouldn’t be too expensive – the Italians don’t get that. When they do expensive it’s expensive all the way. The French do it better. And you know, with the British it’s completely the other way. They do chic with nothing but cheap! Sometimes the ‘cheap’ version of materials are way better than the expensive ones anyway.’ 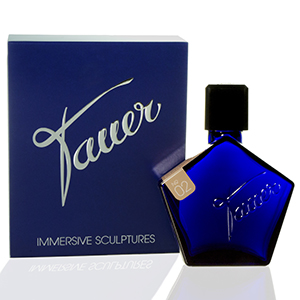 Tauer Perfumes L’air du Desert Marocain
LT: ‘This is amazing, I mean really it’s extraordinary. [Andy Tauer] is a case in point of someone who would not have been able to run a viable business ten, fifteen years ago. I think this is a classic on a par with Shalimar. It’s in the top league of “asteroid is coming towards Earth, which bottle do you reach for?” At least you could go down smelling good…’ [on the rise of niche, self-taught perfumeries] ‘I think it’s terrific – the more the better! – unfortunately 99.9 percent of them will probably fail, but that’s like anything.’ 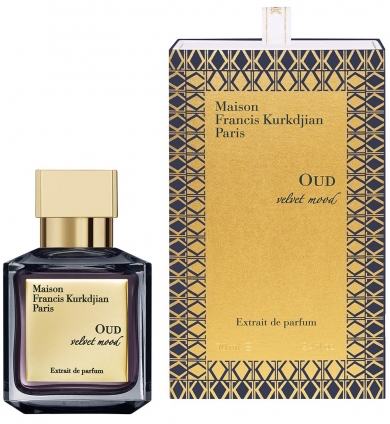 Maison Francis Kurkdjian Oud Velvet Mood
LT: ‘Now that it’s over it’s safe to talk about oudh. Oudh is probably the most complicated natural material ever – it has this barnyard cheesiness and honey  – very complicated. Chemically it’s a mess. You have a dark basement smell with a terrific Roman Candle kind of a rose on top. That combination is irresistible. Oudh is really like patchouli – it does the same job. A great contrast material. I think oudh has replaced cigarettes – you remember the old days when everyone smoked? I happen to think that all perfumes smelled better against a background of ashtrays and fag ends. I don’t think this is a great perfume, but it’s still very good, because you know – oudh is kind of a concentrated ashtray essence. Triple-distilled.’ 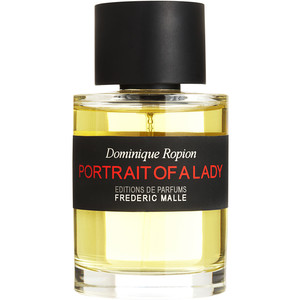 Editions de Parfums Frederick Malle Portrait of a Lady
LT: ‘Dominique Ropion is a genius at achieving a peculiar effect in perfumery, which is the cancellation of huge and opposite things. Gigantic materials somehow don’t feel gigantic when he’s assembling them. His fragrances have a power, a clarity, a structure – they’re monumental. It’s good all the way down to the details. Ropion is a supreme technical perfumer. Few people can make fragrances that are good all the way through, with reveals. Another example is Chamade (Guerlain). After one hour there’s this amazing 3D transformation. For years I thought I was smelling two different fragrances.’ 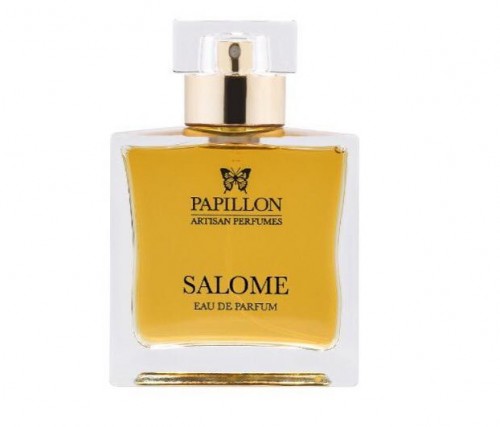 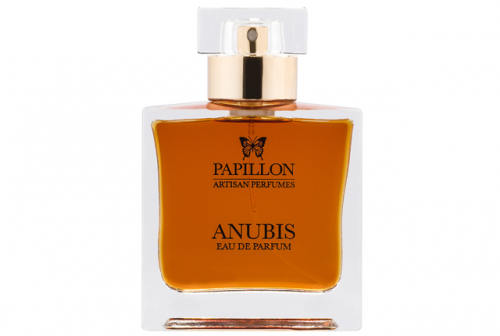 Papillon Parfums Anubis
‘Mmmm. There’s something… medicinal about this which I really like. It’s disinfectant for the soul! There’s also vanilla. It’s nice work. It makes me want to breathe it in. I like that there’s a fresh citrus which compensates for the medicinal note. It’s a REALLY good piece of work.’ 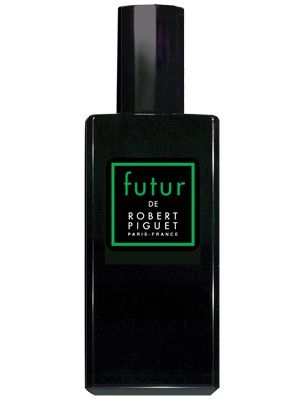 Robert Piguet Futur
LT: ‘Germaine Cellier was just insanely great. Futur has this monster top note of galbanum. It’s cut grass on steroids. Underneath is a huge floral – it’s a fabulous fragrance. She also did Bandit which is just outrageous. The Piguet reconstructions are really pretty great…’ 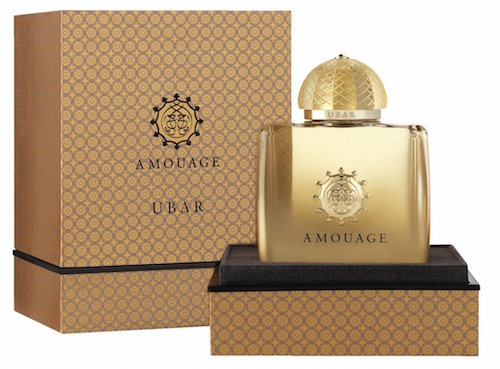 Amouage Ubar
LT: ‘Christopher Chong knows what he wants from the perfumer and he gets it from them. He’s exploring a different area – very complex orientals with unfamiliar materials. Ubar has a sweetness that is weird. I like that you don’t know what fruit you’re eating. He gives great art direction. Every author needs an editor and Christopher Chong is a fantastic editor. Ubar is one of the great fragrances of the last 20 years. It’s humongous and never-ending! The Lyrics are amazing as well – like entering a mansion. There’s a feeling of mystery. At no point do you know what’s going on there.’

After the sniffing, Luca took some questions from the group, chatted and signed books, posed for photographs and was just generally a darling. ‘I told you he was a teddy-bear’, Jo smiled (though some big-name brands may disagree…) and there can be no doubt that he really enjoyed the experience, too. What an absolute privilege – a perfect treat – it was to spend time in the company of someone who can talk (and think) so completely engagingly about fragrance.

As one of our VIPs commented: ‘I was just mesmerised, I hung on his every word!’

Don’t forget to keep an eye on our Events page – we know so many people who were devastated to have missed the opportunity of getting tickets for this and we have many more exciting events in the running for the future.

If you’re not already signed up as a VIP Subscriber – for a mere £25 a year, you too can have the opportunity of joining us at exclusive events like these, plus enjoy a multitude of special offers within perfume shops, a free Discovery Box (and all subsequent ones at a reduced price) – so what are you waiting for…? Find out more and join us today!