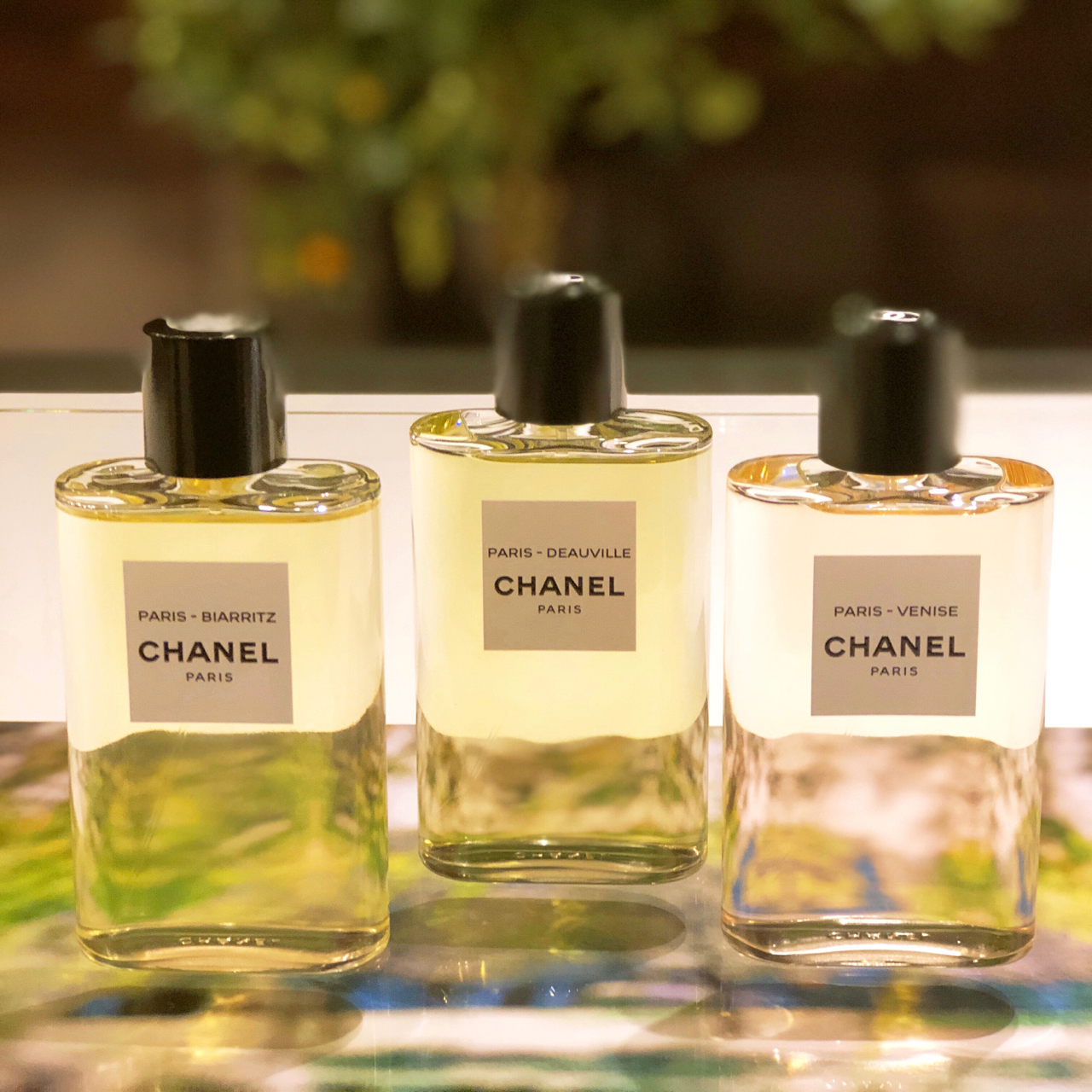 Olivier Polge has time-travelled through Coco Chanel‘s lifetime to create this new trio of fragrances. A jet-setter long before there were jets, the couturier liked to hang out with her friends in some very beautiful and inspiring places – and it is these Olivier revisits, in this completely new collection: Biarritz, Deauville and Venice. (Each is linked back to Paris – her true home – in its name.)

There is, of course, an incomparably rich heritage for Olivier – who works alongside his father Jacques Polge, and the other member of the perfume ‘triumvirate’, British perfumer Christopher Sheldrake – on Chanel fragrance creation and production. ‘We had the idea of linking to the destinations where the Chanel cruise collections are shown, and with which Chanel had links. We anchor our memories of scent through people and places – so it felt very natural.’ Having the unique history, he adds, ‘gives us a framework – more than simply history, we have a strong identity and a rich atmosphere. One of the great joys of being a perfumer at Chanel is that there are so many threads you can pull together.’

And now, about those fragrances – and the locations which inspired them…

As her biographer Edmonde Charles-Roux writes, ‘The pleasures of the Normandy coast in around 1913 were available only to the well-to-do.’ But there, Gabrielle Chanel invented a whole new style – for relaxation and outdoor living, using easy-to-wear fabrics like jersey (until then reserved for men’s underwear…) The up-and-coming designer chose the resort of Deauville to open her very first boutique, on Rue Gontaut-Biron, the town’s chicest – initially offering hats, then jumpers, jackets and the sailor-blouse that went on to become the wartime garment for all well-dressed women. She had become a woman-to-watch.

Chanel Paris-Deauville invites us the Normandy coast via a gust of green notes, with a tie of orange rind, petitgrain and basil leaf. As that ebbs, white flowers and roses drift in, before the signature Chypre character emerges via an undertow of patchouli. 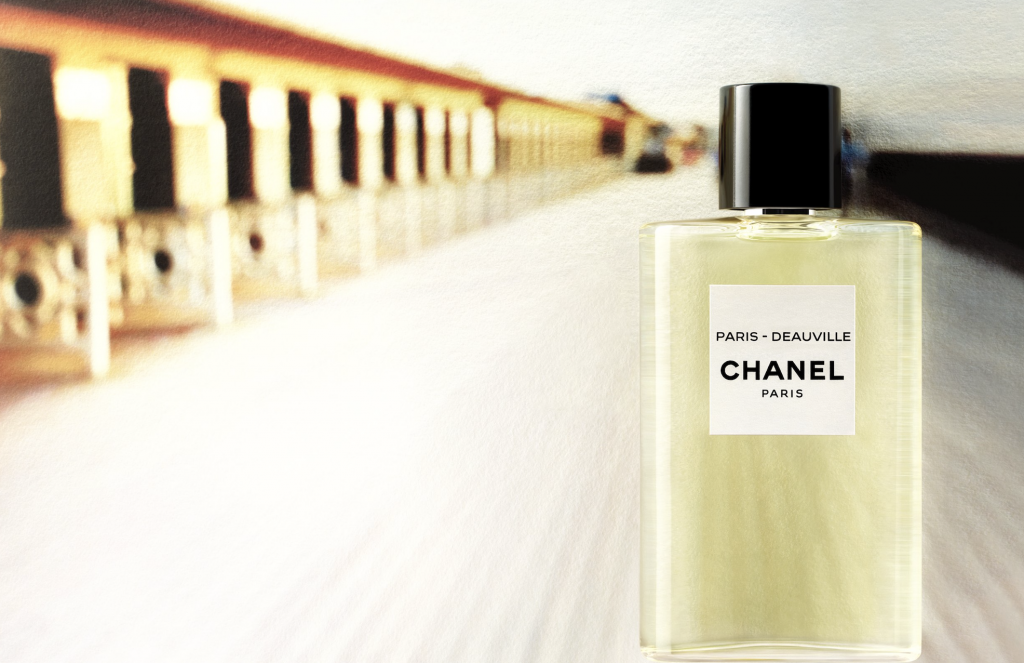 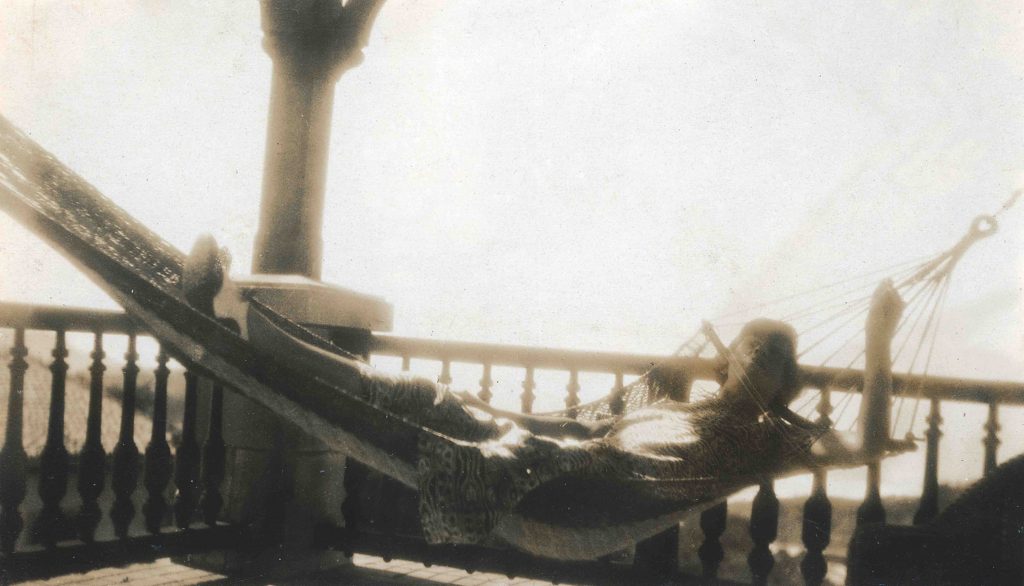 Chanel first travelled to Biarritz, near the Spanish border, in 1915. She was whisked there from Paris, where she was based, by her lover  Boy Capel, who had seen action in the French army. Away from the tanks and ‘the menace of the first warplanes’, as Chanel’s biographer Edmonde Charles-Roux put it, in Biarritz, ‘nothing had changed, couples danced every night, forgetting the bad times while doing the tango.’ Despite the threat of war, people craved beauty and luxury – and the affluent Capel advanced Chanel the money to open a maison de couture in Biarritz; soon, orders were flowing in from the Spanish court and from other wealthy clients in Spain, as well as France. She was so successful, she soon found herself able to reimburse Boy Capel – gaining her independence.

Chanel Paris-Biarritz is the most aquatic of the trio, beckoning us the Côte Basque with the testiness of mandarin and grapefruit, an aqueous breeze running through it, those citrus notes giving way to the incomparable beauty of lily of the valley, in a stunning floral accord. 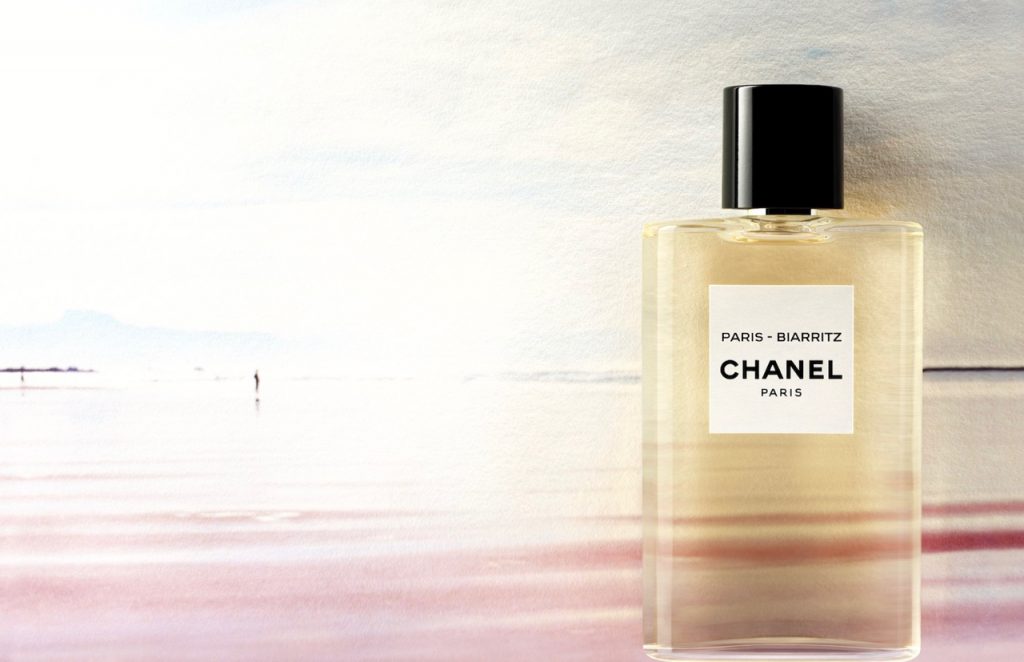 Chanel developed a passion for Venice, returning time and again – most often with artist’s muse and patron extraordinaire, her BFF Misia ‘Jojo’ Sert, illustrator Christian Bérard and Ballets Russes impresario Sergei Diaghilev. Originally, Chanel went to Venice to get over a broken heart, after the death of her lover Arthur Capel. The city seems to have worked its legendary magic – because it emerges that Venice is also inextricably linked with so many the ‘signatures’ still worn by Chanel-loving fashionistas today: the lion emblem, the chunky Byzantine crosses she recreated as costume jewellery (inspired by the gold adorning Venice’s churches, especially St. Mark’s Basilica with its emerald and sapphire-studded screens).

Chanel Paris-Venise is the most ‘exotic’, sun-drenched of the trio, taking the sumptuousness of the Orient and enfolding that in a cottony warmth. Shards of light run through it, via citrus notes, with a subtle neroli alongside touches of red berry, Grasse geranium and soft iris. On the skin, we find this the longest-lasting, with a rich, sensual accord of amber and cedarwood. 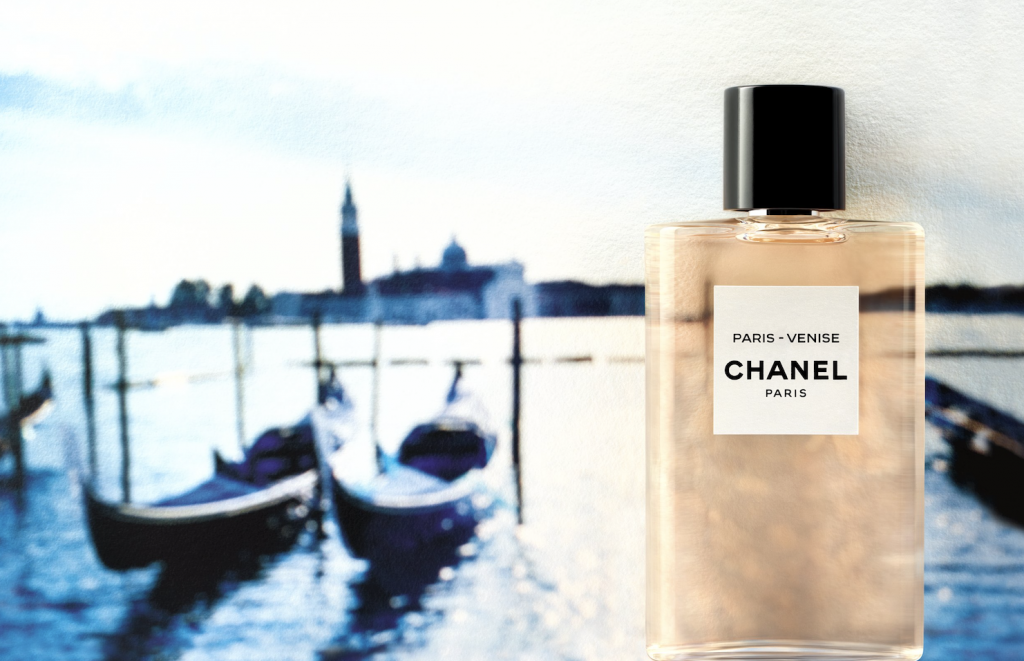 Along with the trio of fragrances, a beautiful new flacon has been created – with tactile, sculpted edges, inspired by a hip-flask. It makes the process of spraying – and re-spraying – even more of a pleasure.

There are, Olivier Polge tells us, other Les Eaux de Chanel to come. Paris-Westminster, perhaps (marking the time she spent here with her lover the Duke of Westminster)? Paris-Scotland? (She loved to holiday on the moors there, with the Duke.) Or Paris-Côte d’Azur…? His lips are sealed, but we can’t wait.

Les Eaux de Chanel launch officially today (13th July). We recommend making your own journey, in Chanel’s footsteps, to check out the places she loved.

Category: Slider
Tags: fragrance, Chanel
Recommended Posts
RECENT POSTS
CHECK OUT:
LATEST FROM OUR SHOP
Follow By entering your email address you agree our blog partner (BlogLovin) sending you emails with our latest blog. You can always unsubscribe. We do not pass your information to anyone else. See our privacy policy.