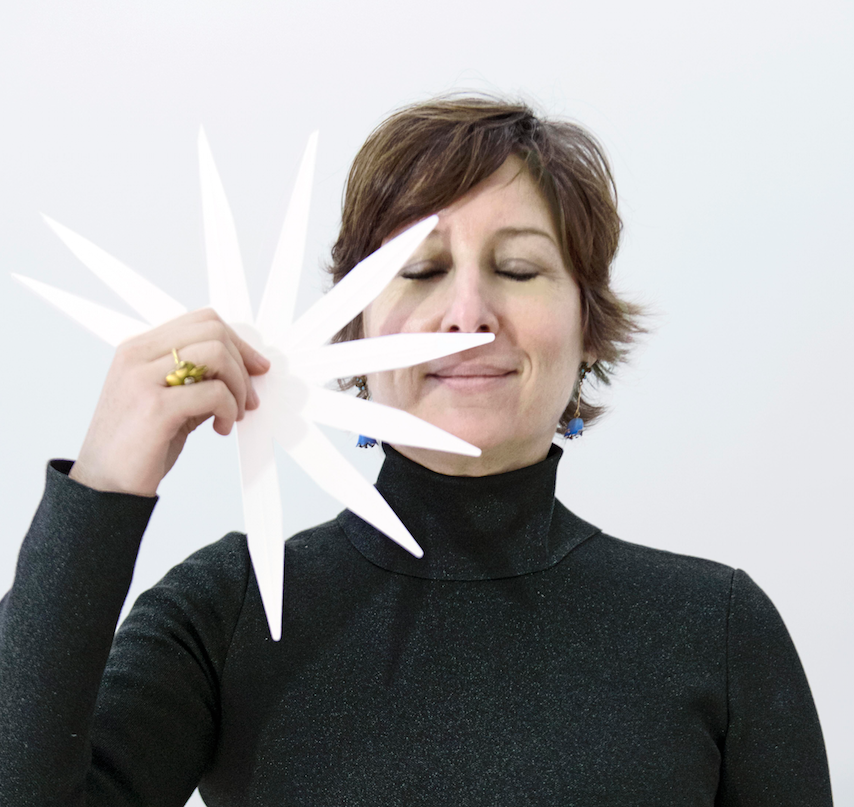 As regular visitors to our website know, we have a ‘Proustian’ questionnaire that we like to pose to perfumers. Daniela Andrier’s CV stretches on and on: triumphs include Bottega Veneta Knot, the daring Maison Martin Margiela [Untitled], Guerlain Angélique Noire – but the name which appears time and time again on her list of creations is Prada.

She clearly has a fantastic working relationship with Miuccia Prada, which has brought us Prada Man (2006), Prada Candy (2011), and every single one of the Prada ‘ingredient-focused’ scents which have become so widely-loved (and widely-worn) by bloggers and perfume-wearers alike.

Most recently, she has created the stunning new L’Homme Prada and Prada La Femme fragrances (see the picture below) –beautiful miniatures of which feature in our own recently-launched Scents of Style Discovery Box. Both fragrances have been incredibly well-received – with the men’s fragrance chosen by Stella Magazine as ‘Best New Male Fragrance’ for autumn 2016. Their comment? ‘Staying true to Prada’s olfactory style, amber and iris are at the heart of this scent. Notes of neroli, geranium and patchouli help to create a truly classic – and addictive – fragrance…’

To add to our bank of ‘nose’ interviews, here’s what the gifted Daniela Andrier shared with us.

What is your first ‘scent memory’?
The cream that they put on babies’ bottoms in Germany, called Penaten. It’s a very old smell in my life, but something that makes me very happy – it’s a little bit like the immortelle flower which you find growing in the Mediterranean: aromatic and balsamic, a little sweet…

What’s the first fragrance you bought – and the first bought for you…?
I was given Guerlain Chamade by my first boyfriend – a beautiful name and a beautiful fragrance, from my first love. I remember the date, still: it was 1st May, I was just 18 and I was just so, so touched. The first I bought for myself was Guerlain Mouchoir de Monsieur; actually, I convinced a friend that we had to buy it together and share it. That’s what we did – and she’s still talking about it today!

When did you decide to become a perfumer?
Originally I studied philosophy at the Sorbonne. Quite simply I didn’t know what I wanted to become, so I thought: I’ll study that and find out. And that’s exactly what happened. I’d been obsessed with smells as a child: I even put a coffee bean in my nose because I wanted to smell it permanently; I was devastated when I had to go and have it removed! My mother used to make a coffee cake and I just wanted to be surrounded by that smell… Then at 15, I’d go to department stores and smell fragrances, put them on my arms – I was hungry to smell the whole world and I thought everyone was like that.

Later, at a party, I overheard someone saying she couldn’t become a perfumer because she had chronic sinus problems. That was a complete revelation: I hadn’t realised that was even a job – I thought Yves Saint Laurent just mixed his fragrances in his office… And actually although I had sinus problems of my own, I was determined they wouldn’t be a problem!

So I called YSL and said, ‘I want to become a perfumer; can I come and work for you…?’ And they told me I needed to study chemistry and go to the ISIPCA perfume school. As it turns out, I was incredibly lucky and met Jacques Polge (of Chanel) who gave me an internship, and he introduced me to the fragrance house Robertet – and I ended up at fragrance school at Roure, which is how I became a perfumer…

What are your five favourite smells in the world…?
• Pine needles – especially when they’re dry, on the ground, by the Italian coast. The scent of the dry needles combined with the watery smell of the Mediterranean makes me really happy.

• Lilac – I love it when it’s blooming beside the road and comes to you through the car window; such a joyful smell of spring.

• Fresh lily of the valley – I’m obsessed with this.

• Babies  – So wonderful, almost like an angel would smell like. I love the smell of babies so much I’ve made lots of them – I have four children and although I’m 50 now, I have so much fun imagining what life would be like with more.

• A very good espresso – it has to be a really good quality one; over-roasted coffee smells terrible.

If you had one fragrance note you love above all others, what would that be?
Iris – I really, really adore it; it’s mysterious, profound, so faceted that you can take it in many directions – woody, powdery. It’s almost like it’s from another planet.

What’s the worst thing you’ve ever smelled? (Honestly!)
I think it’s the smell of anything dead – dead flowers, garbage, anything like that. Whatever is no longer alive. And that’s also maybe why I love beautiful smells, because they talk about life.

What’s the fragrance you wish you’d created?
It’s difficult to come up with just one… Some of the Guerlain fragrances, for sure – but above and beyond anything else, Chanel No.19. My aunt used to wear it when I was a child, and of course I had a very sensitive nose – but I adored that smell. I once told her, on smelling her fragrance, ‘You smell noble, like autumn leaves…’

Is creating a fragrance ‘visual’ for you, as well as something that happens in the nose/brain?
It’s a mixture between sight and smell – and even touch; touching things is very important, for me. There’s a lot of interaction between my senses and they communicate strongly. From Prada I’ve really learned a lot about mixing colours and textures in an unexpected way – and it’s encouraged me to work differently, too. Certainly for me there’s also an incredibly strong relationship between colour and smell, and I like to translate colours into fragrance.

How many fragrances might you be working on at one time?
I am always working on many different things at the same time. Last year I ‘won’ 23 fragrance commissions, and yesterday alone I was working on six, at some stage in their development.

If you could have created a fragrance for a historical figure, who would that be?
Alfred Hitchcock! I’m crazy about Hitchcock films.

What can each of us do to improve our sense of smell?
Stop smoking! I used to smoke; I only stopped 10 years ago and although I loved every single cigarette I ever smoked, it’s a sort of pollution – and the chimney’s much clearer when you give up…

Does your nose ever ‘switch off’?
Never. At the beginning, I’d get major headaches after smelling for half a day, but as time went on those disappeared. But at the same time, I don’t need to smell as much as I did before, when I was so hungry to smell everything. I carry a clear vision in my mind of how I want things to smell. 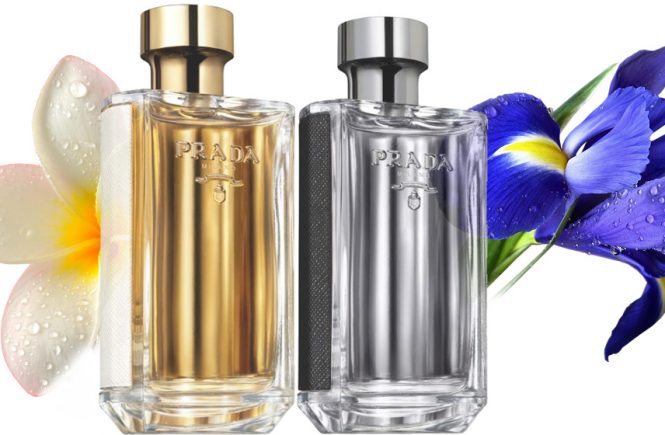