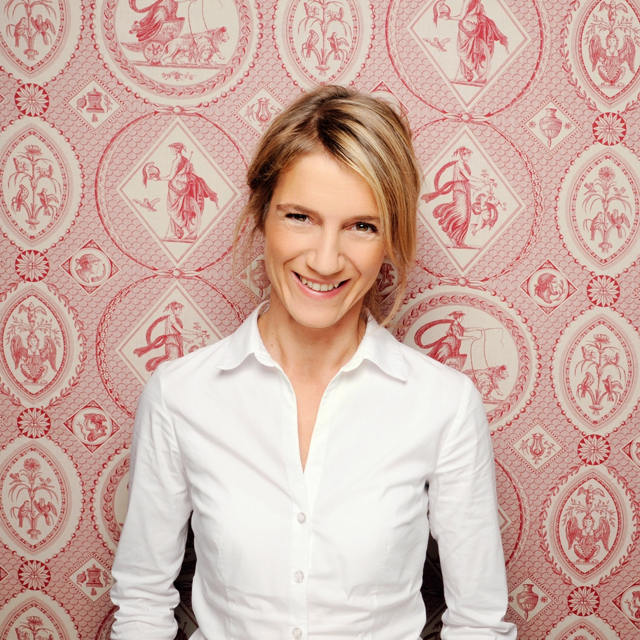 Continuing our conversations with the world’s leading fragrance creatives, we’d like to introduce you to Cécile Matton, a perfumer who grew up in Africa where she comments ‘the smells were very strong, because of the heat…’ Cécile originally began mixing fragrances herself as a teenager, using essences sold in the Pier Import shops in her native France, before training as a perfumer.

Her creations include YSL Baby Doll, Valentino Gold (with Antoine Lie), Viktor & Rolf Bonbon (with Serge Majoullier) and most recently, the most ‘animalic’, sexy offering – Élegance Animale – in the Lalique Noir Premier Collection. Here are her scented musings…

What is your first ‘scent memory’?
The mosquito repellent which was sprayed on houses during my childhood in Zaïre, in Africa.

When did you decide you wanted to be a perfumer/create your own perfume?
About the age of 14. So I decided to train as a pharmacist, because at the time a lot of perfume companies belonged to pharmaceutical groups.

What are your favourite smells in the world?

If you had one fragrance note that you love above all others, what would that be?
The green Chypre accord.

What’s the worst thing you ever smelled.  (Honestly!)
A mix of rotten garbage and metal I smelled next to some fast food restaurants in some big cities…

What is the fragrance you wish you’d created?
Chanel Chance.

Do you have a sense that this is the most exciting time to be a perfumer, since the dawn of fragrance?
It is a tricky question. We have exciting new ingredients to work with, yet strong limitations at the same time, because of regulations and the need to please as many people as possible. Creativity may be stimulated when you are limited because you have to find a new path… But I would fancy more freedom!

If you could have created a fragrance for a historical figure, who would it be?
Marilyn Monroe. When it comes to beauty, she made history.

What’s the first fragrance you bought.  And the first bought for you…?
The first I bought was Van Cleef & Arpels First. I was given Jean Desprèz Bal à Versailles before that.

Do you have a favourite bottle design, from those that have been used for your fragrance creations?
I really adore the bottle designed for Bonbon by Viktor & Rolf.

How many perfumes might you be working on, at one time?
Generally from 10 to 20.

Does your nose ever ‘switch off’?
Yes it does… If it gets ‘saturated’ and I need it to work, I pause for a moment and smell wool.

How long, roughly, does it take you to create a fragrance?
It all depends on the wishes of the person who I design it for. I sometimes find that the first trial is the best one!

Is creating a fragrance ‘visual’ for you, as well as something that happens in the nose/brain?  If so, in what way…?  Is a mood-board helpful?
No, it doesn’t work for me like that.

What can each of us do to enhance our appreciation of fragrance?
You should smell fragrances outside in the fresh air, not in perfume shops. Preferably on skin. Always wear it before buying!

What is your best tip for improving a person’s sense of smell?
Train again and again. Improving your sense of smell has a lot to do with memory; you have to smell a lot (and often).

Category: Features
Tags: nose, perfumer, Cécile Matton, Valentino Gold, YSL Baby Doll
Recommended Posts
RECENT POSTS
CHECK OUT:
LATEST FROM OUR SHOP
Follow By entering your email address you agree our blog partner (BlogLovin) sending you emails with our latest blog. You can always unsubscribe. We do not pass your information to anyone else. See our privacy policy.