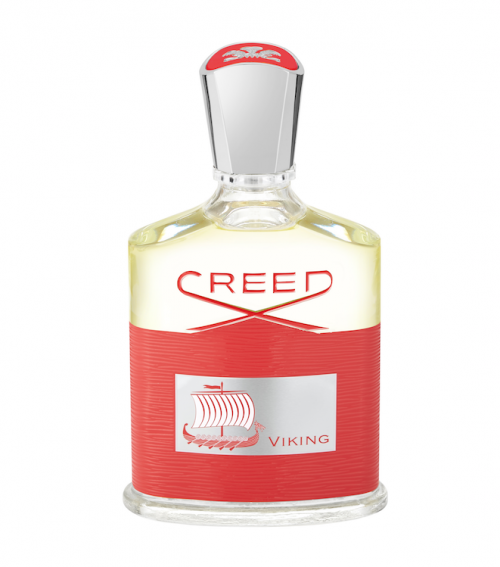 This interplay of cool and heat continues as peppermint and peppercorns cocoon the rose-rich heart. A remarkably tenacious dry down leaves an irresistibly woody trail, evoking grand adventures on the high seas and long ships laden with precious cargo. At times Viking feels classic – as though an undiscovered gem of a gentleman’s fragrance has been rediscovered – but this effortless stylishness, mixed with wearable modernity, is a trademark of a house who’ve been creating fragrances for an incredible 260 years.

Founded in 1760 by James Henry Creed, the story began in fine tailoring, delivering a pair of their scented leather gloves to King George III. Embodying a unique creative spirit, together with a keen inherited nose, passed from father to son through seven generations; Olivier Creed (sixth generation perfumer) was inspired to create Viking by ‘…the unwavering commitment to discovering new territory, both physically and metaphorically.’

Try this fragrance in The New Man Discovery Box now!

Category: Uncategorized
Tags: Creed, The New Man, viking
Recommended Posts
RECENT POSTS
CHECK OUT:
LATEST FROM OUR SHOP
Follow By entering your email address you agree our blog partner (BlogLovin) sending you emails with our latest blog. You can always unsubscribe. We do not pass your information to anyone else. See our privacy policy.