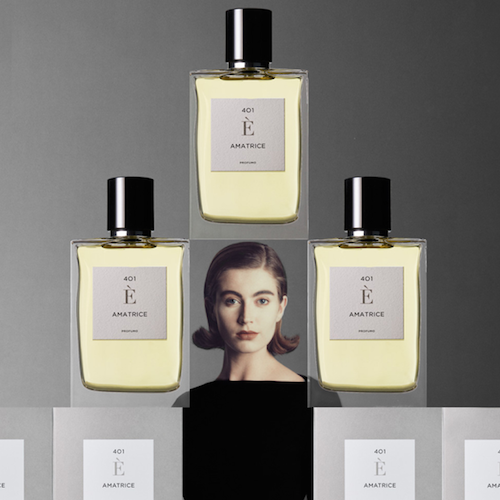 Perhaps one of the most tender stories told through scent we’ve ever heard, Lorenzo Dante Ferro pays homage to the strength of an entire nation with his fragrance, 401 È Amatrice – meaning ‘come back’ or ‘rebirth’…

The fragrance was made in collaboration with RIFLESSI – the Serafini family’s perfumery – and the perfume is to capture the memory of their perfumery, which was sadly lost in a monumental earthquake. Lorenzo wanted to pay tribute in the best way he knew how.

One of only a hundred perfumers who’ve earned the title Master Perfumer, yet stoically remaining a private figure, Lorenzo Dante Ferro is a name revered in the industry for his exquisite creations – quietly providing bespoke olfactive décor ‘to private homes, historical estates, luxury hotels and numerous private and public establishments in Europe’. And yet we realise not everyone will be familiar. There’s nothing we love more at The Perfume Society than introducing your noses to something beautiful, and houses we think you’ll love. And when we heard the inspiration behind the latest fragrance, we just had to share it with you.

‘The Essence of Life, between the skies and the lands of Amatrice, is rich in history and poetic art, made strong by new energy and life blood, like the newly sprouting plants and a heart that goes on breathing…’

Poetic words, indeed, to describe this perfume, and no wonder when you hear the story behind its creation. This time last year, the citizens of Amatrice had no idea they were just days away from devastation. An earthquake shook the historic town, leaving hundreds dead, dozens more injured and the whole of Italy reeling from the news. At the time, The Guardian reported that ‘Amid the rubble of a town that seems almost to have toppled on to its hillside, it is, miraculously, still standing. But the clock on the 13th-century bell tower in Amatrice is stuck at 3.39 – three minutes after the earthquake struck.’

As the RIFLESSI website explains, the family are, ‘A family of shopkeepers who run one of the oldest perfumerie shops in Amatrice. Marina and Roberto, along with their daughters, Alessia and Domiziana, luckily have a story to tell. Yes, luckily, because only thanks to fate and luck were they saved during the night of the 24th of August 2016. They survived while their town collapsed around them.’

Since then, the town has struggled hard to overcome their loss and rebuild the wreckage this natural disaster wrought, but the resilliance of people’s spirits has been nothing short of miraculous. Created by the Serafini family, once owners of that fine perfumery in Amatrice, and with the help of Lorenzo, the entire story of the scent is carried within the name itself. The heart of the perfumer resolutely beating for the nation he so loves. The Serafini family say: 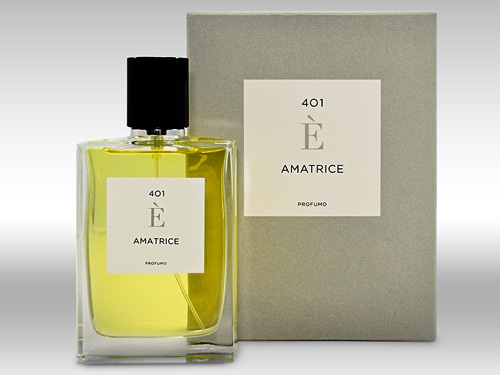 ‘We created this perfume, as an authentic scent that represents our culture, where people have always lived with age old wisdom in harmony with Nature.

401 is the code assigned to the creation and beyond being a primary number, it revealed itself to us with all its naturalness, much like its perfume. Rich in numerical symbolism, 401 is citied in ancient scripts as the equivalent of the Alpha and the Omega – the beginning and the end – and the beginning once again…’

There’s a sense of soaring skywards, of great space and bouyancy somehow, from the very first spritz. Over 140 essential oils and aromatic raw materials were carefully selected, which in the hands of a lesser perfumer could have become muddled, but experience will always show through, and there’s no loss of clarity here. Zesty and timeless, with a nod to a traditional Cologne style, you feel a salty breeze caress your skin, a mineralic haze that could descend into mist, but instead carries you ever upwards to a harmonious crescendo. It truly feels like flying, and is fresh without falling back on the streotype of citrus scents.

Even without knowing the back story, this would feel like a wonderfully reviving fragrance at any time, and for anyone to wear who appreciates the subtlety of a master perfumer’s restraint at work. But when you do know, it becomes even more special. A fragrant revery to escape in when times feel tough, when the world seems impossible to cope with, perhaps…? 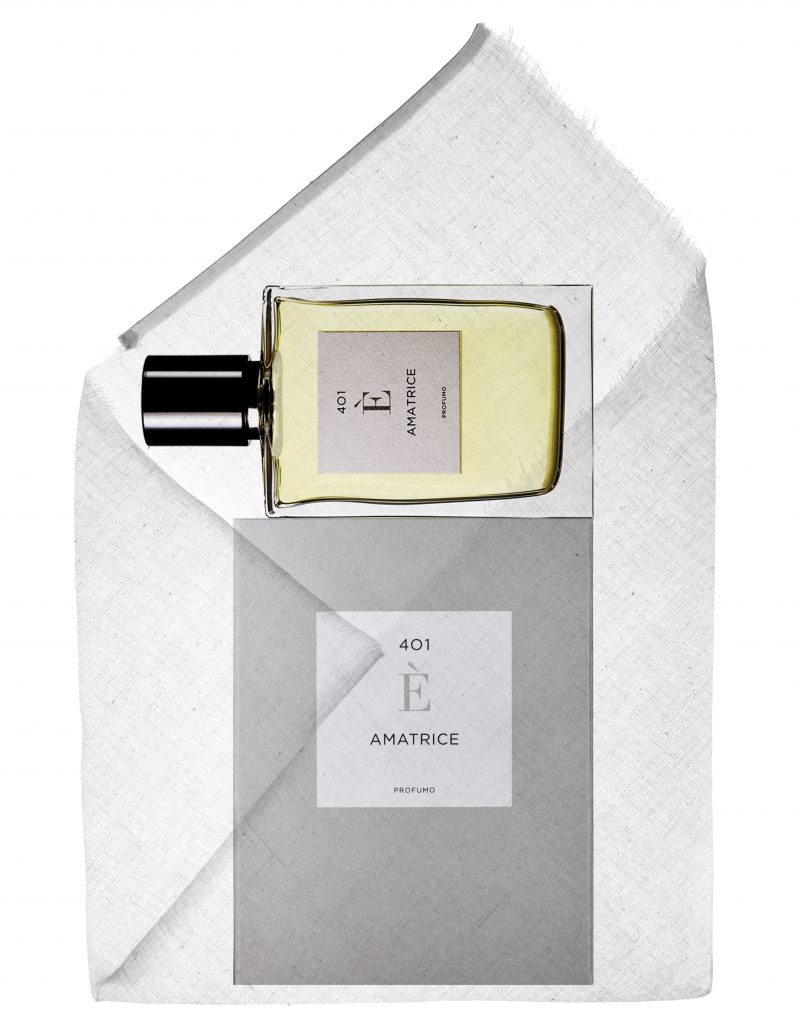 Categories: Slider, Features
Tags: Venetian, Lorenzo Dante Ferro, Italian, Amatrice, 401 E Amatrice, Italy, new launch, master perfumer, scent, perfume, fragrance
Recommended Posts
RECENT POSTS
CHECK OUT:
LATEST FROM OUR SHOP
Follow By entering your email address you agree our blog partner (BlogLovin) sending you emails with our latest blog. You can always unsubscribe. We do not pass your information to anyone else. See our privacy policy.