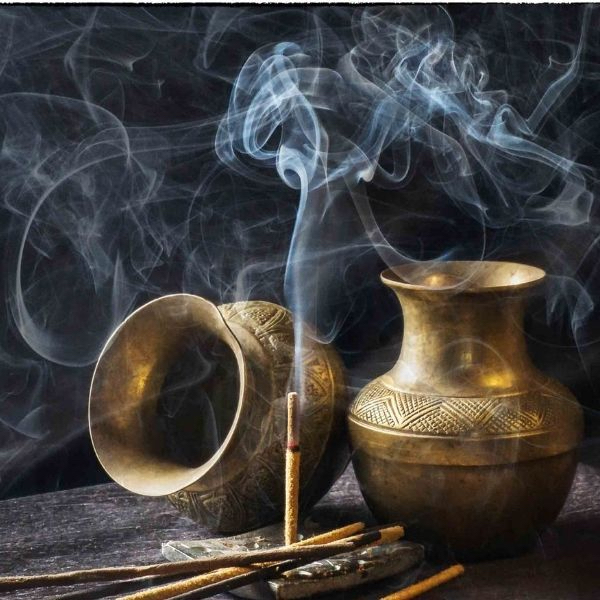 Frequently thought of as one of the shoddiest Christmas presents in history, in fact, frankincense and its perfumed counterpart of myrrh were worth more than the weight of gold, also gifted to baby Jesus. Once exclusively reserved for kings and queens, frankincense has been used in burial rituals for centuries – the highly aromatic scent slathered on skin for embalming and mumification, its extraordinary protective properties preserving skin for millennia. Still burned today in Catholic and Anglican high church ceremonies, the smell of frankincense is perhaps most often associated with these religious rituals.

An overwhelming olfactory swoon induced by the hushed reverence of sacred spaces, or the collective evocation of flickering candlelight, gilded altars and smoke-infused pews?

As a result, frankincense can be a love-it-or-hate-it ingredient, rather depending on whether you were forced to sit through endless sermons and hymns in chilly churches on Sundays, or made to confess your ‘sins’ and therefore burdened by an invisible, fragrant holy ghost of guilt whenever you smell it. Others feel excessively soothed by frankincense – a spiritual rather than religious experience which can even feel (whisper it) sensual; fragrance writer Alice du Parcq often refers to frankincense-soaked perfumes as her ‘Sexy Church’ scents. An overwhelming olfactory swoon induced by the hushed reverence of sacred spaces, or the collective evocation of flickering candlelight, gilded altars and smoke-infused pews?

‘Crystal tears that taste of grief came out of the trunk and people scattered them on burning coal to turn it into pure smoke with a scent that heals the sick and with a bitter taste that grieves for lost love.’

Also known as olibanum, frankincense is a resin from the Boswellia sacra tree, which grows in the Dhofar area of Oman, as well as Yemen. At harvest times, gashes are slashed in the trunks, the milky, scented resin slowly oozing from the bark. Exposed to sunlight and air, frankincense dries and hardens to golden, teardrop-shaped nuggets, perhaps giving rise to the many myths surrounding its existence. Reem Al-Kamali beautifully describes one such story for Alarabiya News:

‘A legend has it that a girl from jinn fell in love with a human boy. Since this love was a violation of the jinn rules, they decided to punish her and transform her into something else. She cried for a long time and after they insisted that she must be punished, she chose to become a tree. Thousands of years passed by and this silent and hurt tree that’s called frankincense continued to shed tears in the form of resin that solidified into white particles which smell of musk. It is therefore a girl in the shape of a tree weeping over her beloved. Crystal tears that taste of grief came out of the trunk and people scattered them on burning coal to turn it into pure smoke with a scent that heals the sick and with a bitter taste that grieves for lost love.‘

There are forests of these frankincense-laden trees in northern Ethiopia – although ecologists report production could decline by half, over the next 15 years, as those forests are systematically cut down to make way for agriculture. While its impossible to precisely pin down an exact molecular composition for frankincense, explains a report in Chemical & Engineering News, ‘Because factors such as geography and climate affect plant biochemistry,’ scientists have discovered ‘frankincense contains five-ringed triterpenoids called boswellic acids, as well as an array of mono- and sesquiterpenes that contribute to its scent, including α- and β-pinene, limonene, and 4-terpineol.’

…even if it’s not full-on Fleabag’s Hot Priest, its spirit could, rather fittingly, be present without you even knowing it.

Those of us who flunked chemistry classes might prefer to concentrate on the supposed pain-relieving and psychoactive porperties of frankincense, apparently due to a compound called ‘incensole acetate’, which has been shown in studies to help depression and dampen anxiety attacks, while it simultaneously ‘activates an ion channel involved in warmth perception in the skin.’ One wonders if these powers partly explain not only the proclivity for using frankincense in religious ceremonies, but also fanned the flames of the rather [ahem] warm feelings viewers devloped for Andrew Scott’s iconic portrayal of the apocryphally named character ‘Hot Priest’ in Phoebe Waller-Bridge’s multi award-winning tragicomedy, Fleabag? I may have to watch all the episodes again while smelling frankincense fragrances. Y’know, for research purposes. Perhaps the aromatic triterpenoids will help dampen the agony of its ending [no spoilers, but *sob*].

Whatever your feelings, perfumers have long loved adding frankincense to their compositions – apart from fabulous lasting-powers on skin, it works brilliantly as a fixative for other ingredients: around 13% of all perfumes apparently contain at least a trace of frankincense, so even if it’s not full-on Fleabag’s Hot Priest, its spirit could, rather fittingly, be present without you even knowing it. While some frankincense-rich scents can evoke memories of Christmas past, its diverse character can be freshly herbaceous (some varieties smell similar to rosemary), remind you of frosted fir trees or be burrow-some and earthy, with a dark, honeyed throb of woodiness.

Devoutly sacred or deviantly sensual, fragrant worshipers please be seated. And now, let us spray these… 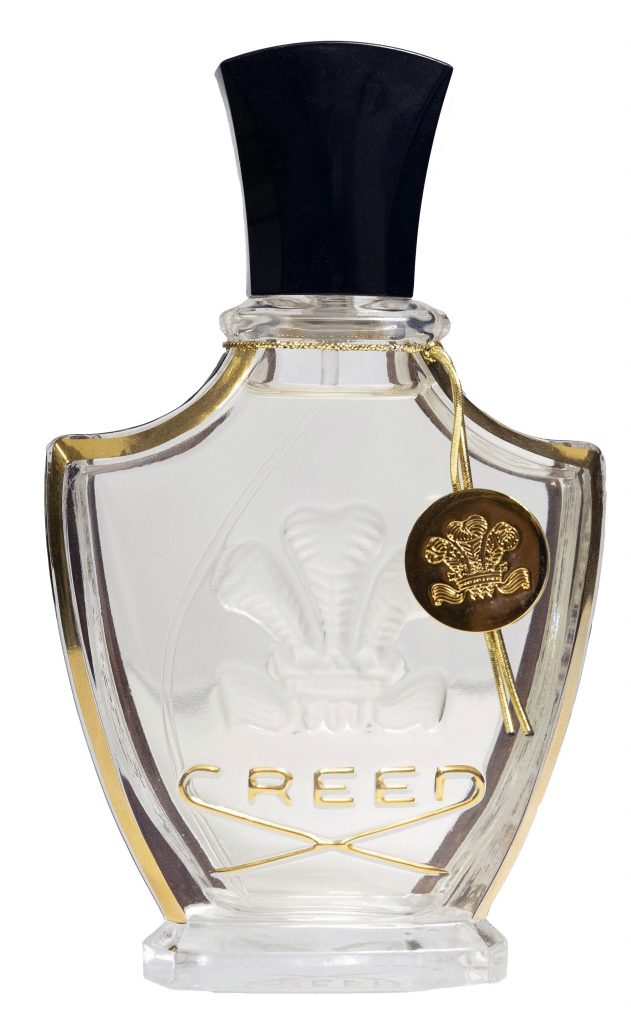 Creed Angelique Encens
Incense traditionally smoulders, but Creed’s is surprisingly shot through with Champagne bubbles. Sheer and transparent in the opening (definitely more organza than velvet, at this stage), Angelique Encens’s warmth emerges on the skin, kindling notes of pepper, sandalwood, patchouli and cinnamon. You shall not only go to the ball wearing this, meanwhile, but perhaps find yourself partying way beyond midnight wrapped in its enduring musk, vetiver and incense embrace. (Usually a Mayfair boutique exclusive, this party’s online for a short while).
£275 for 75ml eau de parfum
creedfragrances.co.uk

ånd fragrance Frånk
There’s a message of hope contained within each bottle of ånd fragrance, which showcase well-known and much-loved ingredients, but in an utterly unique way. Within ‘Frånk’, as the name may suggest, it’s frankincense – but not, founder Simon Constantine pithily assures us, ‘dark, churchy dusty incense and smells of a dodgy pipe smoking priest’s frayed robes.’ Instead, it’s the fruitier, even verdant, head-clearing-ly green characteristics he explores, while ‘supporting a series of small-scale community nurseries growing hardy frankincense trees for the future.’
£69 for 50ml eau de toilette
andfragrance.com 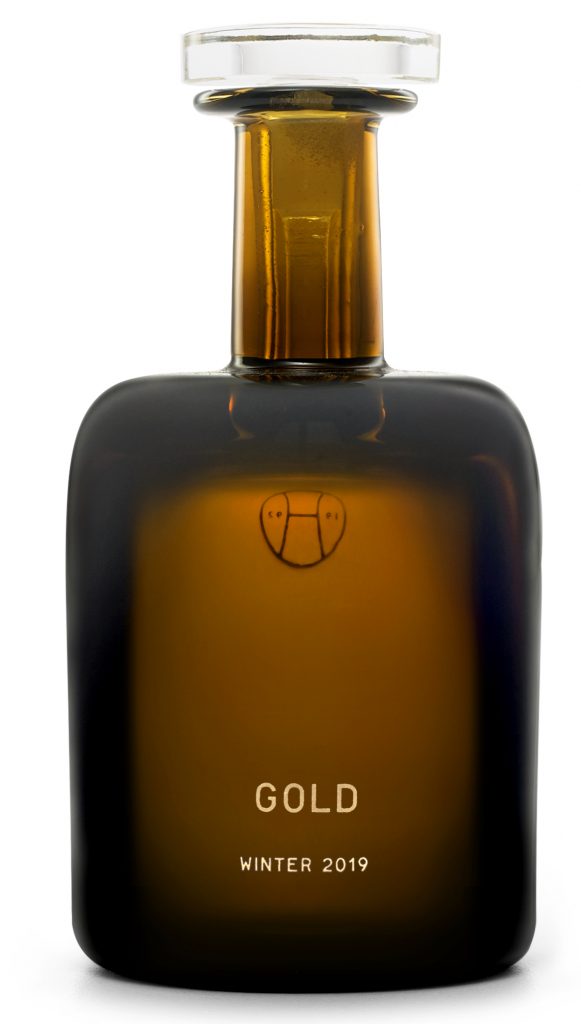 Perfumer H GOLD
The twice-yearly unveilings of Lyn Harris’s newness are a highlight in the perfume writer’s calendar. Autumn/winter’s accomplished quintet includes Angelica, Rose Oil, White Smoke and Tobacco – all exquisite, whether or not you swing for the £200 Michael Ruh blown glass flacons in which to house them. If we could choose just one, though, it would be Gold, which contrasts shimmering, fresh citrus with smouldering patchouli and gilded frankincense, via a geranium and lavender heart.
From £110-350 for 50ml eau de parfum
At Perfumer H 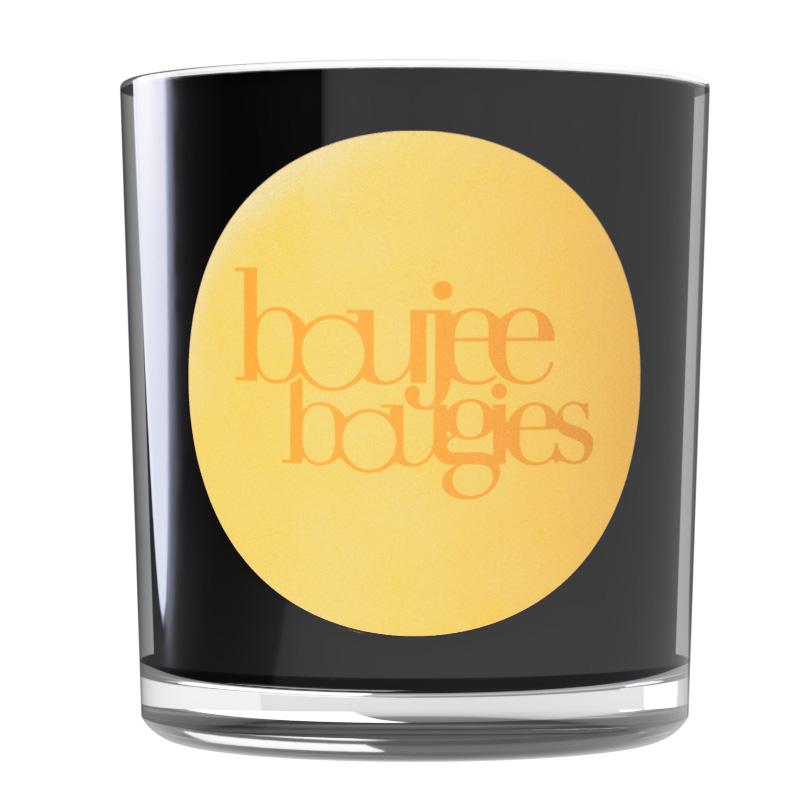 Boujee Bougies Gilt Candle
Continuing their clever wink-wink wordplay from the brand name to those of their candles, Gilt dabbles with the double-edge sword of actual guilt, and the gilded, golden gleam that frames a candle’s flame in sacred settings. Perfumer Pia Long brilliantly evokes ‘the quiet, contemplative nature of rituals seen through smoke.’ Cold flagstone floors, ancient pews burnished with beeswax, curls of frankincense drifting through air stilled by breath anxiously held – exhaled in a grateful gust, ready to sin again.
boujeebougies.com 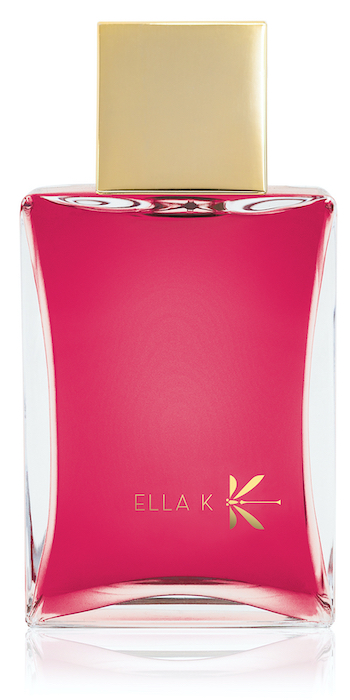 Ella K Rose de Pushkar
Perfumer Sonia Constant adds to her olfactory travelogue with this shareable Rajasthan-inspired offering, capturing the visual opulence of this so-colourful corner of India through armfuls of rose, swirling in a heart of oudh, sandalwood, patchouli and white cedar. It opens with saffron, black pepper, that resinous thread of frankincense contrasted by lush lychee, concluding with leather, tonka and cistus absolutes, amber and musk – the juice as deliciously pink as Rajasthan’s fabled palaces. Mystical travel in a bottle, indeed.
£175 for 70ml eau de parfum
jovoyparis.uk

Categories: Features, Slider
Tags: fragrance, perfume, scent, incense, smoke, frankincense, duft, church, Catholic, religions, spirituality
Recommended Posts
RECENT POSTS
CHECK OUT:
LATEST FROM OUR SHOP
Follow By entering your email address you agree our blog partner (BlogLovin) sending you emails with our latest blog. You can always unsubscribe. We do not pass your information to anyone else. See our privacy policy.