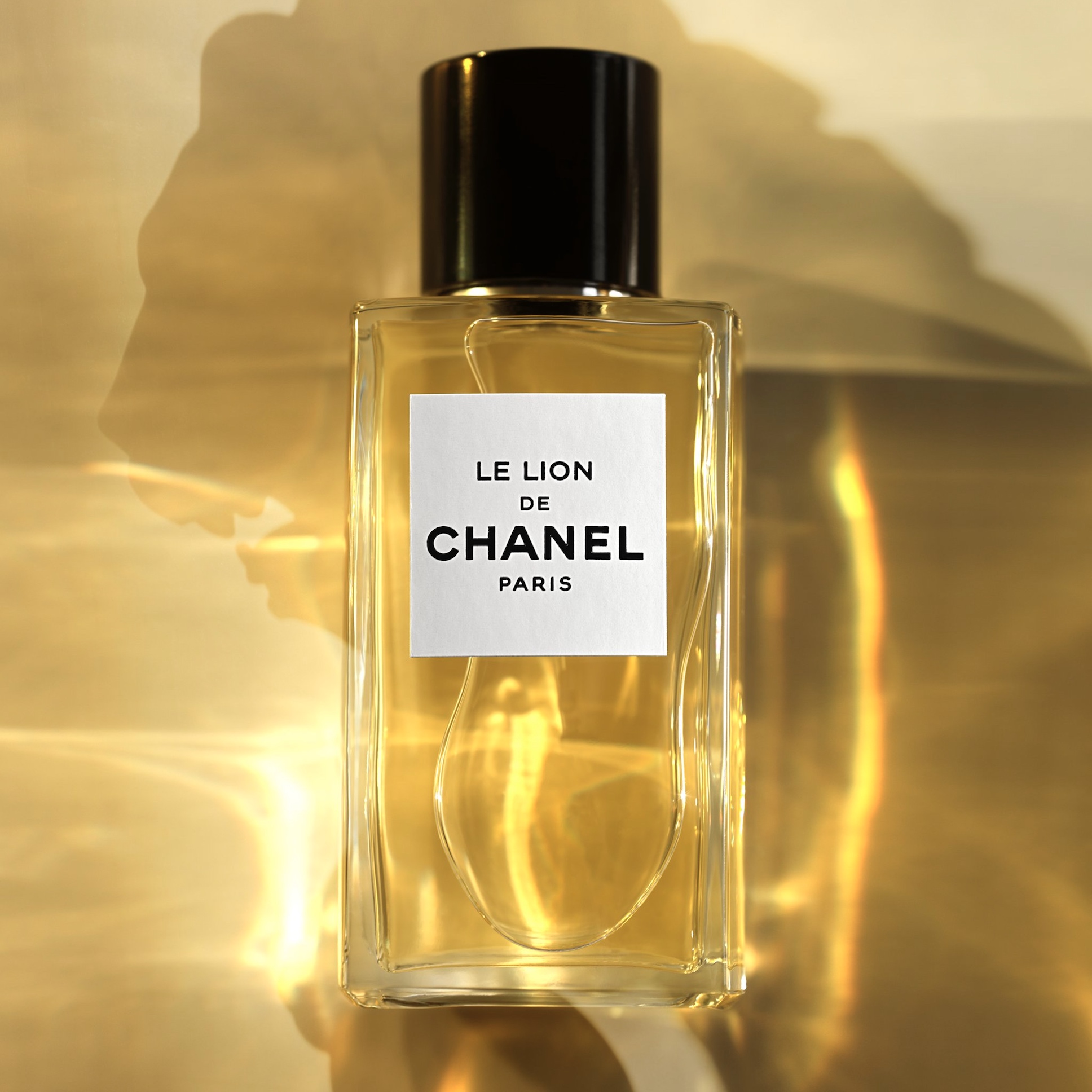 It is not every day that a new Chanel fragrance lands on our desks. (Though it is always a happy one.) And Le Lion is particularly hotly-anticipated, since its launch – like so many – was pushed back from 2020.

It was worth the wait. Not least because it reminds us yet again of the many symbols and even superstitions that are as seamlessly woven into the fab of Chanel as the threads in one of their signature tweeds. Gabrielle Chanel was a deeply superstitious woman, and this opulent fragrance embodies and even celebrates one of them: her passion for lions.

Born on 19th August 1883, the woman who later became one of the world’s greatest designers and couturiers was a Leo. She always believed that the lion watched over her, associating it with the sign of luck. Having been fortunate enough to visit Mademoiselle Chanel’s apartment, atop the Paris showroom and atelier on Rue Cambon, I’ve seen up close the gilded lion statuettes which she kept there – literally watching over her cigarettes, her scissors, the bureau where she wrote her letters. 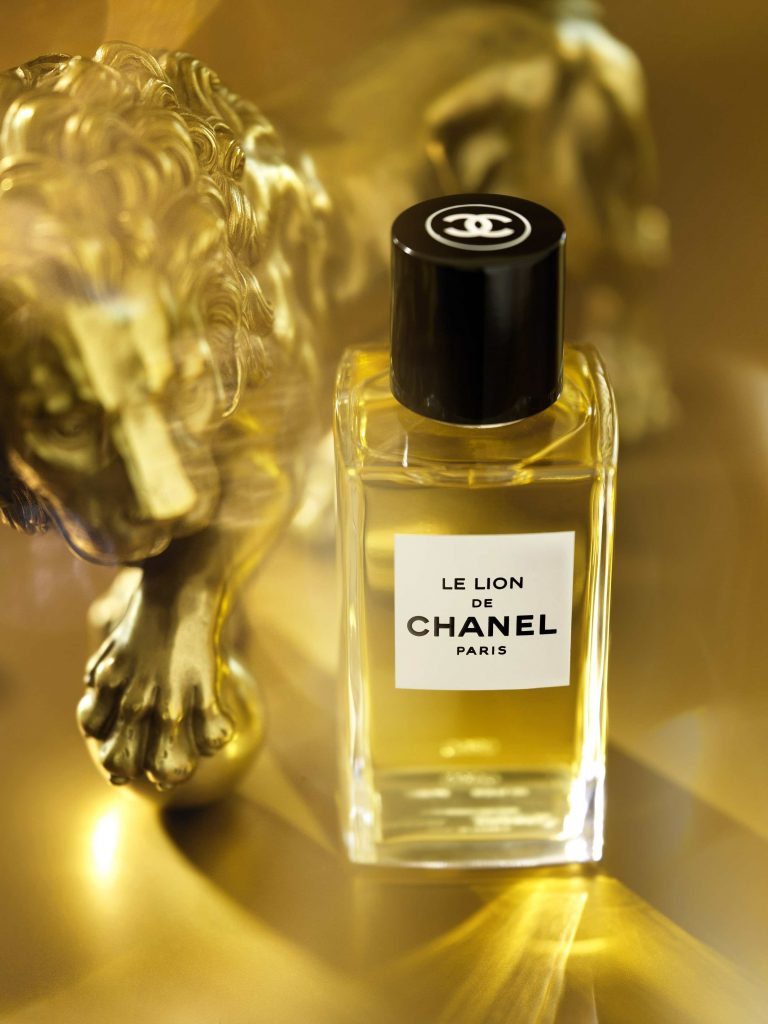 Invited to follow in Chanel‘s footsteps for another launch, in Venice a few years ago, I learned the story behind her love of all things leonine. The journalists who assembled from around the world were introduced to some of the lions she discovered during her time in Venice. You can find them in many places, one you start looking: the city’s fierce guardians, on pillars, standing sentinel over St. Mark’s Square, on door knockers and in sculptures…

Venice is a city that marked a turning point in Chanel’s life, after she fled there devastated by the death of her lover, Boy Capel, to stay with friends José-Maria Sert and his artist’s muse wife, Misia Sert. And following her time there, Chanel began to embrace the symbol of the lion in her designs: on buttons, clasps, jewellery – including the gilded (now-vintage) cuff I bought years ago at Chanel, a photo of which is below – and which you can see on The Perfume Society’s Instagram to mark the launch of Le Lion de Chanel.

So many of Chanel‘s fragrances have some sort of symbolism – so it’s fascinating to see how Olivier Polge, Chanel Perfumer, expressed her totem animal in scent form. Really, could Le Lion de Chanel have been anything but an Oriental fragrance, though: powerful, elegant, enveloping…? ‘A lion that does not need to roar to command respect,’ is how Chanel describe it – and though there’s ultimately more of a purr to Le Lion de Chanel than a roar, this is a fragrance for someone who knows their own taste and their own power, and is unashamed to make a statement to that effect.

Sparkling citrus elements of bergamot and lemon sparkle like sunlight on Venice’s Lagoon, before the Oriental warmth drifts in. (We’d classify this as a ‘solar Oriental’, actually.) Ambery notes swirl through resinous labdanum, buffed by soft vanilla. As it warms on the skin, creamy sandalwood and patchouli make their presence felt. This is a scent that truly smoulders, exquisitely – and the trail you’ll leave (even if, currently, it is just to pick up a loaf at the corner shop) is quite something.

It joins the line-up of Les Exclusifs de Chanel from today. We suggest you take a prowl to smell it, just as soon as it’s allowed. And if you can’t wait – details are below…

Find it at chanel.com 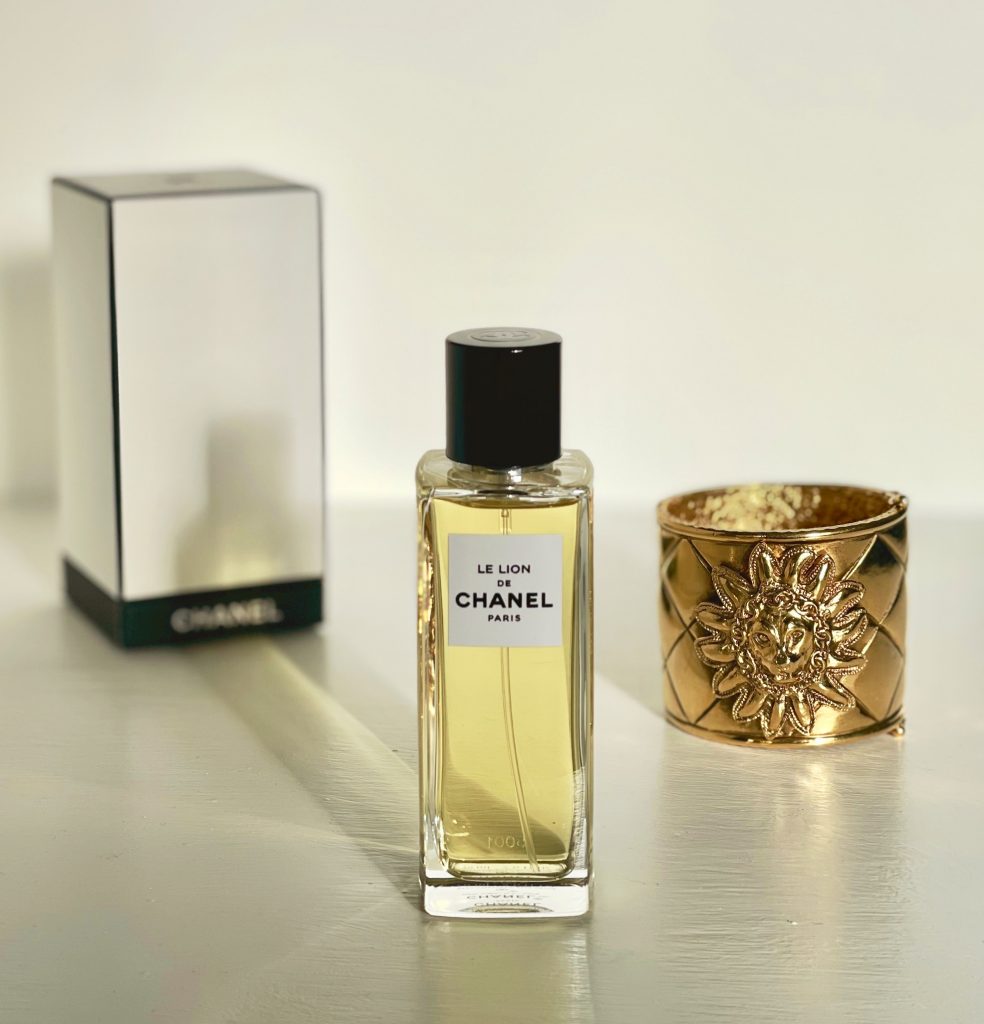 Categories: Features, Just launched, News
Recommended Posts
RECENT POSTS
CHECK OUT:
LATEST FROM OUR SHOP
Follow By entering your email address you agree our blog partner (BlogLovin) sending you emails with our latest blog. You can always unsubscribe. We do not pass your information to anyone else. See our privacy policy.