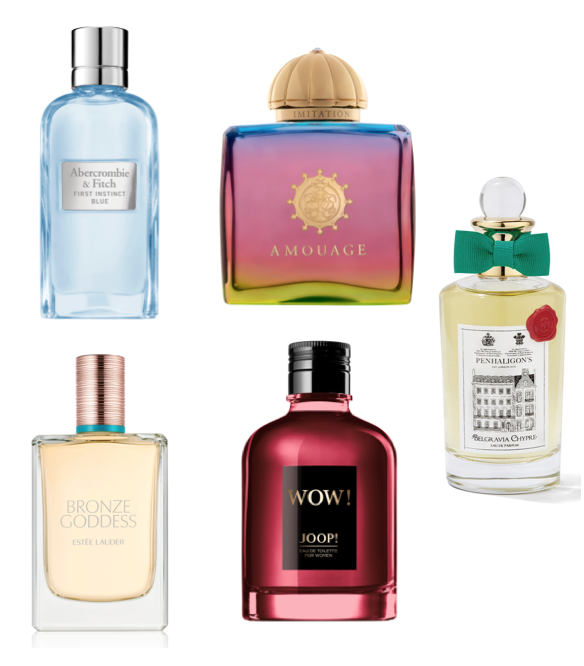 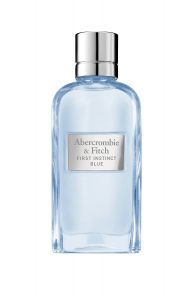 ABERCROMBIE & FITCH
FIRST INSTINCT BLUE WOMAN
For Firmenich’s Gabriela Chelariu, inspiration for First Instinct Woman was ‘the adventure of the outdoors, and the morning blue skies and waters’ – all of which she associates with the fabled A&F name. Hence the siren call of salted sea air notes, which swim alongside apricot nectar, blackberry, bergamot, peony and jasmine in a juice described as ‘woody fruity’ that is ultimately wrapped in whipped vanilla, patchouli and creamy sandalwood. We say: dive right in.
From £35 for 30ml eau de parfum
debenhams.com 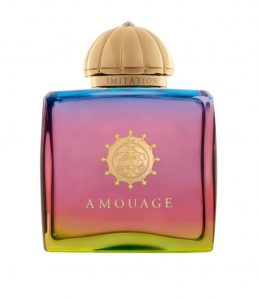 AMOUAGE
IMITATION WOMAN
Amouage Creative Director Christopher Chong tapped straight into a childhood memory to create Imitation – that of walking through New York’s Lower East Side in the 1970s, ‘with its intense colours and smells and amalgamation of Latin and Asian cultures.’ The floral-aldehydic scent time-travels via notes of blackcurrant buds, licorice, ylang ylang, Turkish rose, orange blossom and jasmine – adding incense, sandalwood and patchouli to represent the ‘never-ending party at Studio 54’. We’re happy to boogie to this.
£248 for 100ml eau de parfum
amouage.com 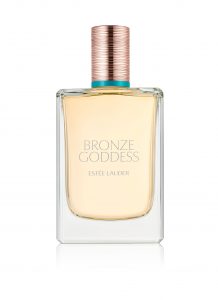 ESTÉE LAUDER
BRONZE GODDESS EAU FRAÎCHE SKINSCENT
Summer isn’t summer, for us, without a spritz or two of Bronze Goddess – the quintessential vacation-in-a-bottle, all sun-drenched exotic white flowers (most especially tiaré), are kissed with vanilla and coconut, and warmed by sexy amber. The ‘skinscent’ of the name hints at its intimacy, here – and it’s just one of a raft of layerable Bronze Goddess loveliness for summer 2018, including cooling spritzes and gelées, extending the holiday romance which we’ll never tire of.
From £43 for 50ml eau fraîche
esteelauder.co.uk 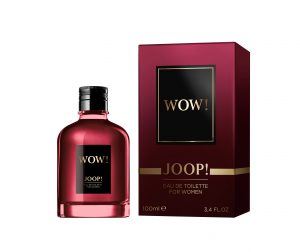 JOOP
WOW! WOMAN
Fabrice Pellegrin set out to embody true femininity – ‘an authentic and emancipated self-confidence paired with an independence from other people’s expectations’ in WOW! Woman. (And if that isn’t a ‘wow’ statement, we’d like to know what is.) To complement that boldness he chose deep red ingredients, combining a hypnotic rose infusion with juicy wild raspberry and peony, endowed with a Chypre signature via amber, patchouli and white musk, for woody, balsamic and leathery nuances.
From £35 for 40ml eau de toilette
theperfumeshop.com 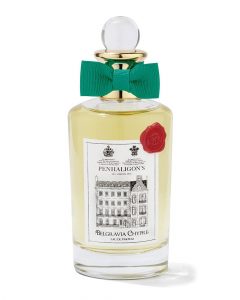 PENHALIGON’S
BELGRAVIA CHYPRE
Inspired by the quarter of London which is home to embassies, stucco-fronted villas – and a Royal Palace – this is blessed with an appropriate elegance and richness, with a classic Chypre construction around bergamot, oakmoss and patchouli, kissed by rose, pink pepper and raspberry. Spiffing stuff, but be fleet of foot: Penhaligon’s The Hidden London Collection is said to be a limited edition – though we’ll be heartbroken if Fabrice Pellegrin’s stunning creation hides itself away again.
£137 for 100ml eau de parfum
penhaligons.com

Categories: Slider, Just launched, Launches
Recommended Posts
RECENT POSTS
CHECK OUT:
LATEST FROM OUR SHOP
Follow By entering your email address you agree our blog partner (BlogLovin) sending you emails with our latest blog. You can always unsubscribe. We do not pass your information to anyone else. See our privacy policy.