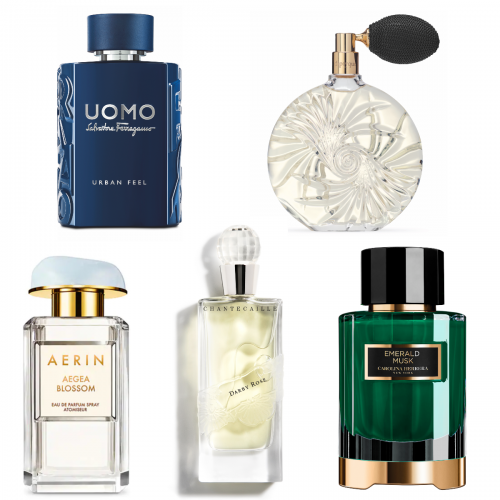 From AERIN Aegea Blossom to Chantecaille Darby Rose and lots more luxe in between, this week’s latest launches are set to stun. With frosted flacons and glossy flanks, this is a scent selection to swoon for! 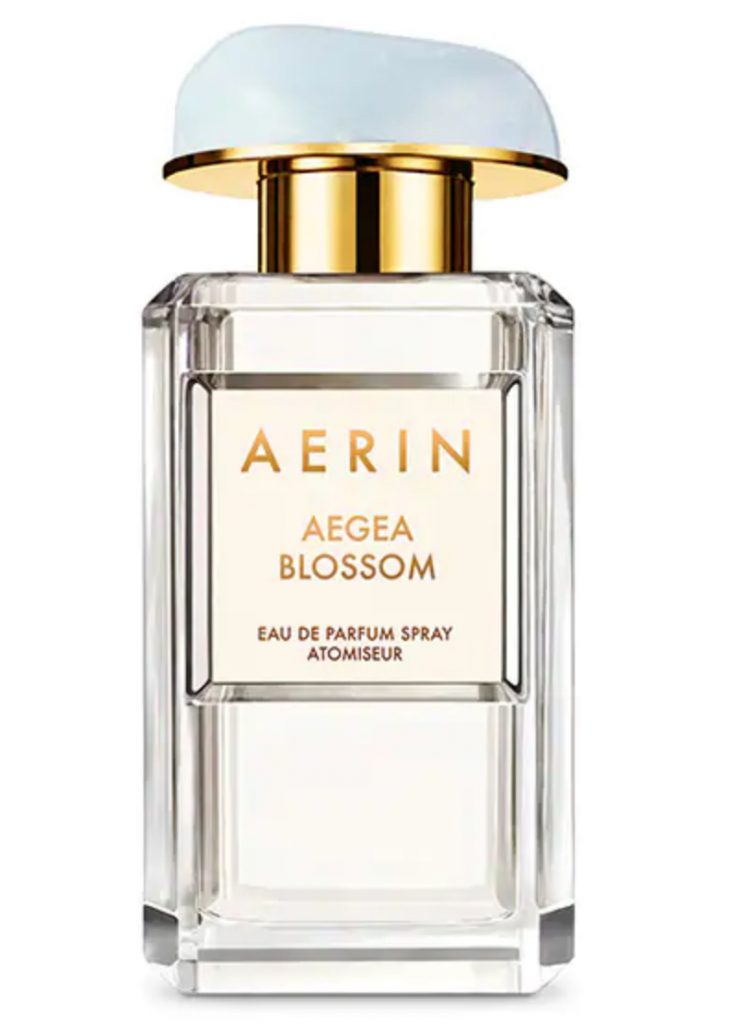 AERIN
AEGEA BLOSSOM
There’s a cool blue crispness to the Aegean sea that has been perfectly captured in Aerin Lauder’s newest unveiling, which is inspired by the breezes, the blue sea and pure light of Greece. Think: bergamot and verbena, like a shaft of brightness through blue-shuttered windows. Think: orange flower and neroli petals, with their white floral loveliness. And evoking the end warmth of end-of-day sunlight on the skin, a conclusion of sandalwood, vetiver and glowing musk.
£99 for 50ml eau de parfum
esteelauder.co.uk 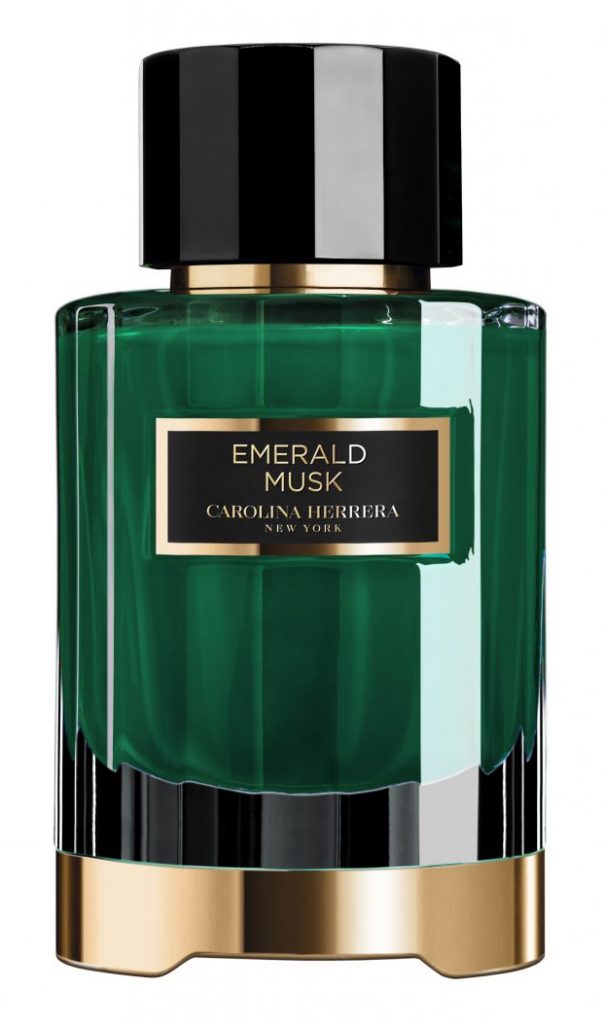 CAROLINA HERRERA
HERRERA CONFIDENTIAL EMERALD MUSK
Exclusive to the new Harrods Beauty Halls is this most eye-catching addition to the luxurious Herrera Confidential collection, which seeks to capture the ‘royal character’ of emeralds in scent. (Precious emeralds have been worn over four generations of the Herrera family, we’re told.) With a rich Middle Eastern signature, it opens with pink pepper, smoothly mellows to rose, orris and a rack of leather, then smoulders with vanilla, amber and the signature musks.
£235 for 100ml eau de parfum
At Harrods 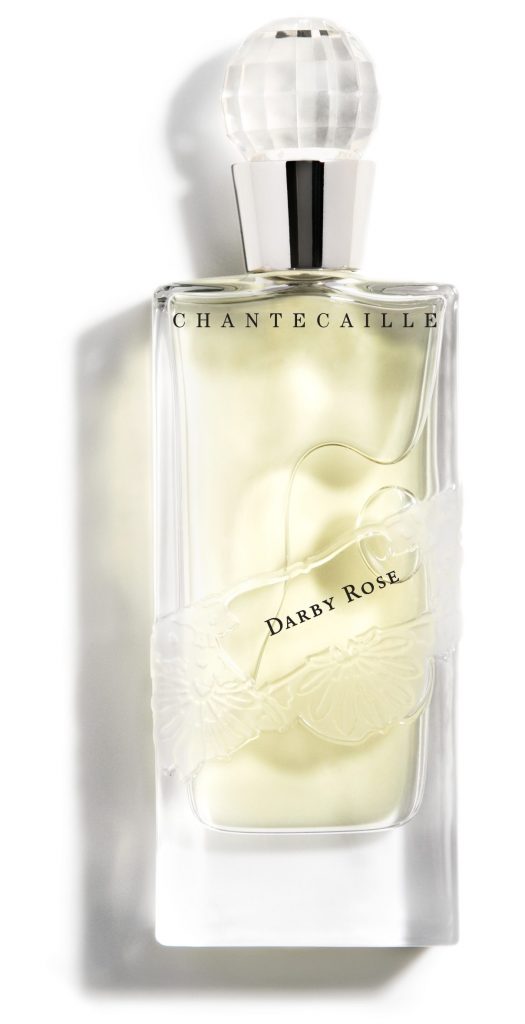 CHANTECAILLE
DARBY ROSE
Sylvie Chantecaille is just crazy for roses, essences and fragrances of which infuse so many Chantecaille skincare treats. Headspace Technology captured the precise scent of her favourite garden flowers in a stunning bouquet which unfurls after tart raspberry and crisp lemon notes to reveal Darby roses blooming pink magnolia and osmanthus, underscored by sandalwood and patchouli, representing the earth. The so-pretty box is a limited edition collaboration with de Gournay wallpapers.
£188 for 75ml eau de parfum
harrods.com

DIPTYQUE
ESSENCES INSENSÉES TIARÉ
A few years back, Diptyque launched their precious Essences Insensées, a new angle on Grasse’s mille fleurs tradition, which owes everything to the luck of the harvest and showcases a specific bloom which may have flourished particularly abundantly. In 2018, there was no Essence Insensée launched – but for 2019 it’s the turn of Tahiti’s exotic tiaré flower, captured for summer 2019 in an exquisitely bottled fleeting edition alongside pink pepper, frangipani and vanilla absolute.
£170 for 100ml eau de parfum
diptyqueparis.com 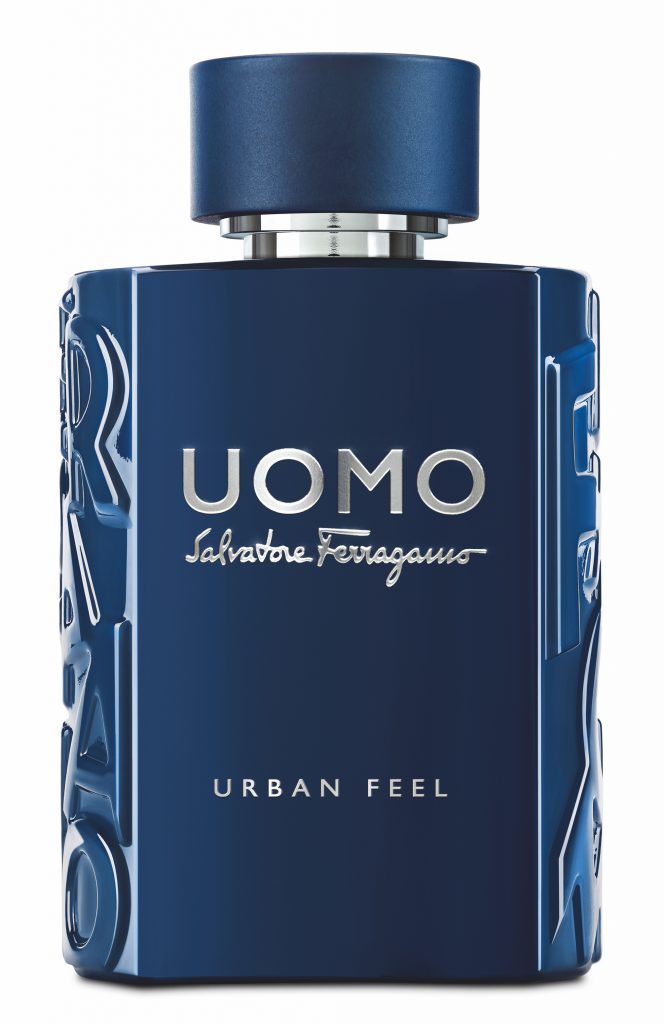 SALVATORE FERRAGAMO
UOMO URBAN FEEL
Exuding metropolitan style, take a trip to the sea (we’re imagining Capri, not Clacton), for an ozonic accord that breezes through to bergamot, and a delicious roast coffee note. Perhaps we’ve stayed for breakfast? Well who can blame us with a salty, hot skin sizzle of cumin, smoothly layered woods and silken sheets of patchouli to slip between? Given the sexy dry-down, we might stay for lunch, and tea, too…
£75 for 100ml eau de toilette
harrods.com