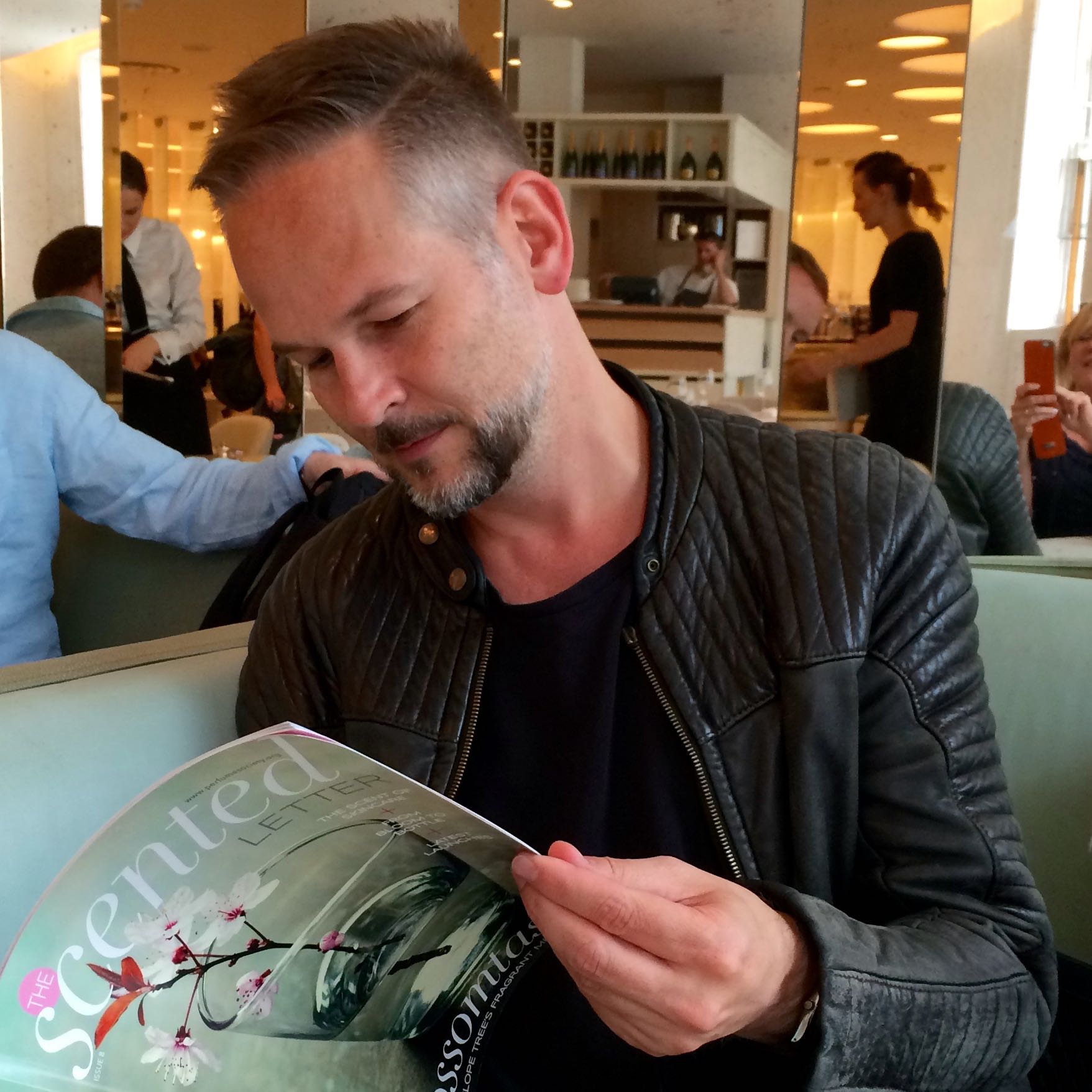 He’s known as ‘Berlin’s Scent Master’: a maverick perfumer who loves nothing more than to tease, to tantalise and to make us think about fragrance. The scent which catapulted Geza Schoen to notoriety was Molecule 01: a single ingredient – Iso E Super – which he’s been obsessed by all his fragrance-wearing life, and which now has devotees around the world equally obsessed. (Many believe it’s the closest thing to a pheromone in a bottle…)

Alongside his own lines – Escentric Molecules and now The Beautiful Mind series – Geza creates for fragrance houses including Linda Pilkington’s Ormonde Jayne collection. On a trip to London, we caught up with him: here’s Geza reading an early preview copy of the forthcoming print edition of our magazine The Scented Letter (watch this space). Here’s what he told us over lunch at Bond & Brook…

What is your first scent ‘memory’?
I can’t pinpoint it down to one thing but I think we all deep-down have a memory of our mother’s milk – it’s inevitable. But after that it was probably the smell of my grandmother’s garden; my grandparents really lived out of their garden – they had fruit trees, vegetables, rabbits and chickens running round. I kind of grew up with my grandparents because my parents were busy – and that was my first exposure to the scents of nature.

When did you decide you wanted to be a perfumer?
I started collecting men’s fragrances fairly obsessively when I was 13 and by the time I was 16, I had connected myself to a big German fragrance production house called Haarman & Reimer. I got on the train to their offices, appeared on the doorstep and asked, ‘Can I talk to someone…?’ I was naive and innocent, but I really wanted them to help me – and I think after the third time they were so fed up, they gave me a date to spend half a day with a perfumer. He could see I had a real interest and asked me to stay in touch.
I finished school, did the equivalent of military service and joined them in 1992. They gave me an office with a scale and all kinds of ingredients and I was like a kid in a candy store – what an opportunity. My dream job – smelling and smelling and smelling…

What amuses me, meanwhile, is when people in perfumery talk about ‘ozonic’, or ‘water‘ smells. I was in Thailand with friends at the beach, just hanging out, and there was this great breeze coming over the ocean and I took a deep breath to smell the sea and smelled – nothing… Clean water doesn’t smell; it only smells when something’s rotting, like fish or oysters or seaweed.

Tell us about Iso E Super – that ‘signature’ ingredient that you like to include in fragrances…? 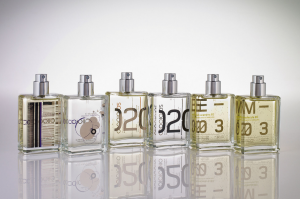 When I learned about Iso E Super, I realised that this ingredient was the reason I liked specific fragrances growing up, including Dior Farenheit, which I just loved. I tried it out on a friend and said, ‘lPut a drop here and let’s see what happens’ – and 10 minutes later this woman was completely magnetised to him. I’d been working on the Diesel fragrances at the time that brand was the coolest on the planet, with the weirdest advertising and most daring visuals, and I’d proposed this to them, but it was just too much. I left because at that point, fragrances started to use focus groups to give opinions on launches and didn’t have the vision to do something different and daring…

So I moved back to London, where I’d been working previously, spent a couple of months jogging and having a good time, and started to liberated myself from being ‘boxed up’ by the fragrance industry, working independently. I met the perfume writer Susan Irvine and when she discovered I’d created a gin & tonic fragrance, introduced me to a friend who worked with the ad. agency for Bombay Sapphire. Within a couple of months he’d managed to sell my G&T fragrance to Bacardi, and I told him about my idea for Molecule 1 – to bottle just that single ingredient, Iso E Super.

I met graphic designer Paul White who translated my singular ideas into a graphic based on the binary code – I didn’t want more flowers and more gold and beige on my packaging. And we bottled the first 5,000 by hand in Linda Pilkington‘s office! It’s done well because there are people out there who don’t want someone saying to them, ‘Ah, you’re wearing X…’ But I could never have dreamed about the impact of this fragrance.

What is the worst thing you’ve ever smelled (honestly)?
Smelly breath.

What’s the fragrance you wish you’d created?
I admire quite a few; I couldn’t have made them myself but the ones I really rate are Chanel No.19, Giorgio, Feminité du Bois, and Estée Lauder Alliage. Of muscle fragrances, I like Dior Fahrenheit and Davidoff Cool Water, Drakkar Noir and Guerlain Vetiver… 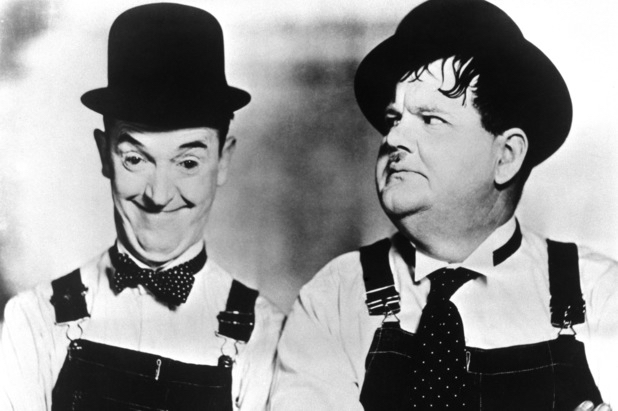 If you could have created a fragrance for a historical figure, who would that be?
Stan Laurel and Oliver Hardy – that would have been really fun!

What’s the first fragrance you bought – and the first bought for you…?
I had so many samples as a teenager that I never bought a fragrance. I was smarter: I would send postcards to all the depots for the fragrance houses, and say I was really interested and would you mind sending me samples…? And almost every day when I got back from school there was something waiting for me; I ended up with a huge collection. Nobody ever bought me a fragrance, because everyone knew I had tons – why would they? But the first fragrance I actually bought for myself was a small bottle of Davidoff Cool Water.

How long, roughly, does it take you to create a fragrance?
Anything from a few minutes to a few years, depending on how good it is, whether it’s created from scratch or is based on an idea I’d previously worked on…

Is creating a fragrance ‘visual’ for you?
What I really like is to be given a colour, or just a word, which gives me a lot of scope to interpret that in my own style.

What can each of us do to enhance our appreciation of fragrance?
First of all, to smell more and smell more actively. Here’s the thing: I’m in touch with one of the best researchers worldwide – Dr. Hanns Hatt, of Ruhr University – who does ground-breaking research into smells, and has spoken about the subject worldwide. He basically found out that when people do Sudoku, it activates a tiny, tiny part of the brain – but when you just go to the fridge and take out 10 items and smell them, really smell them, focusing on them, it activates a third of the brain – so this is about keeping your brain young… Isn’t that amazing?