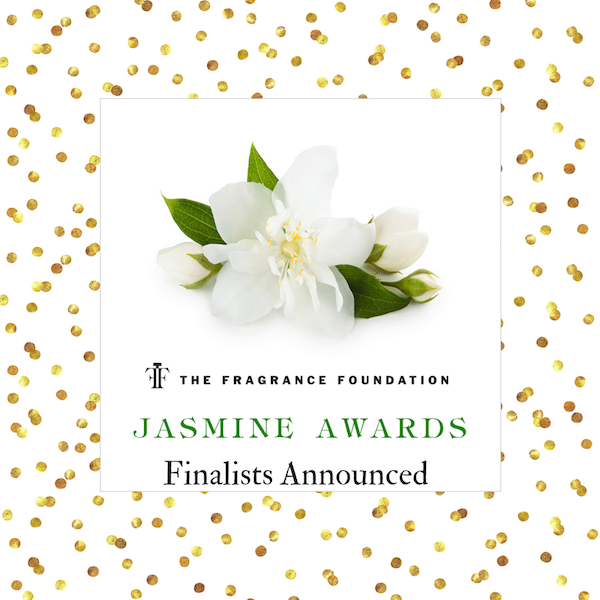 When we received emails beginning, ‘Congratulations, you are a finalist!’ we’re pretty sure you must have been able to hear us squealing from the moon…

The Jasmine Awards are often referred to as ‘the Oscars of the Fragrance Industry’ – an annual event in which The Fragrance Foundation celebrates those who write about and discuss fragrance in engaging and innovative ways. We are utterly thrilled to have made the final line-up, with several nominations, and to be sharing that space with so many talented individuals.

The awards will be announced on April 19th, so until then we’ll be sharing some of the nominated features from The Scented Letter Magazine with you right here – content that’s usually exclusively for our subscribers (in print and online) – because as it’s a very special occasion, we wanted to give everyone the opportunity to have a gander!

Below, you’ll find the complete list of finalists in all the categories, but firstly we’d like to share with you an episode of Thomas & Nick‘s always informative (and often hilarious) podcast, Fume Chat, which features none other than our Co-Founder Jo Fairley as a guest, and has been nominated for the Innovation Award.

Have a listen to Fume Chat: The War of the Roses, and do catch-up on any others you may have missed. We’re sure you’ll join the growing legion of listeners who tune in for a regular dose of the duo…

We would like to congratulate every single person who made the finals, we’re such admirers of all their work, already, and will be biting our fingernails alongside them until the winners are announced!

Categories: Uncategorized, Slider, News
Tags: 2018, Fragrance Foundation, Awards, finalists, industry, Jasmine Awards, nimonations, press
Recommended Posts
RECENT POSTS
CHECK OUT:
LATEST FROM OUR SHOP
Follow By entering your email address you agree our blog partner (BlogLovin) sending you emails with our latest blog. You can always unsubscribe. We do not pass your information to anyone else. See our privacy policy.