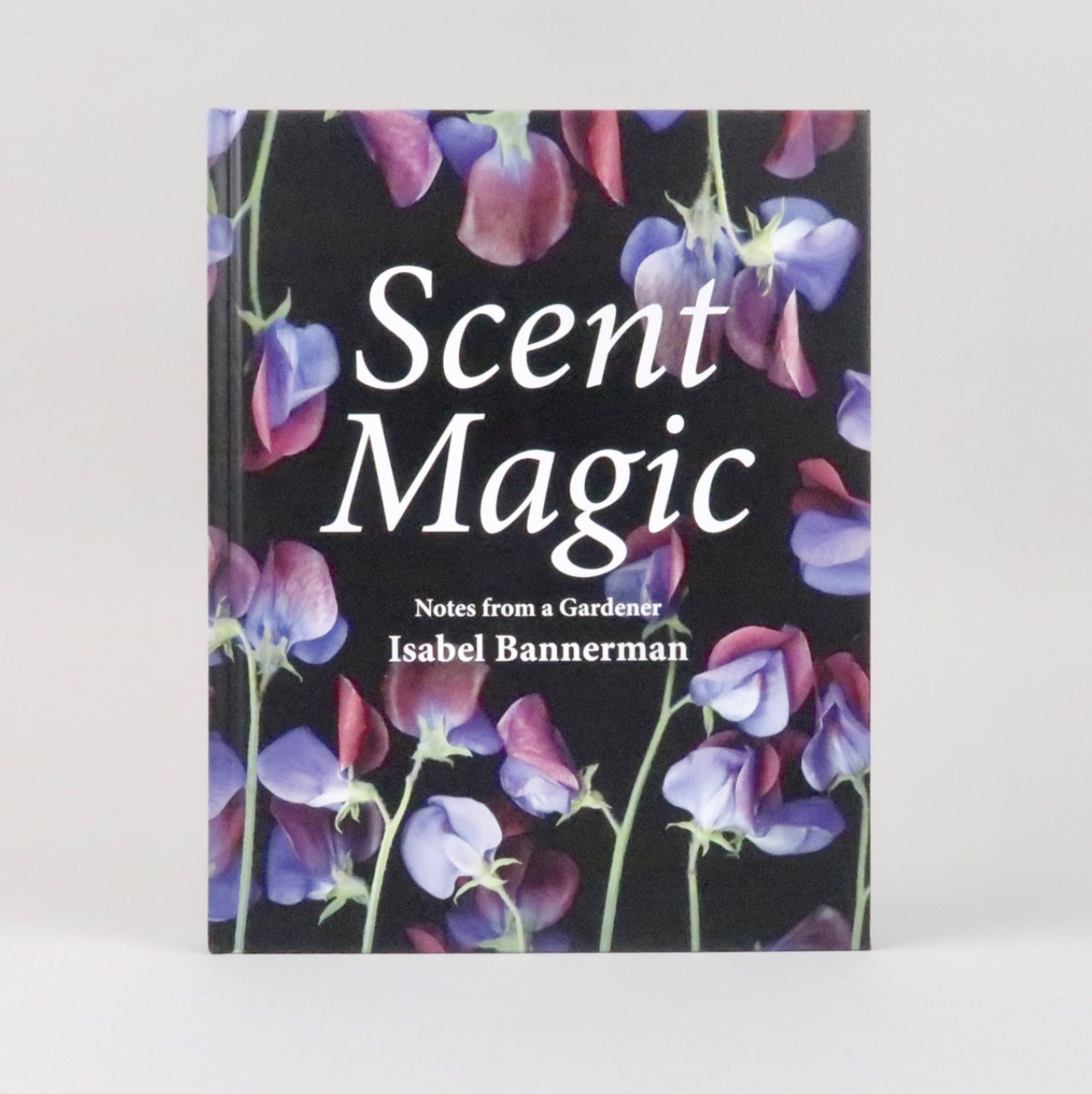 We’d love to read perfume reviews by Isabel Bannerman. (Come to think of it, we might just ask her to do exactly that.)

A renowned gardener, one half of ‘The Bannermans’ – with her husband Julian, they have designed gardens for the rich, the famous and the plant-loving, including most famously for the Prince of Wales at Highgrove – Isabel Bannerman has now proved herself a very gifted writer, having produced what we think is THE definitive book on fragrant flowers.

It’s not really a ‘how-to’, unlike many gardening books. Instead, it’s 250+ pages of pure inspiration, which will have you Googling all manner of scented plants with which to fill your own patch. Her writing, quite simply, is exquisite – and we thought we’d give you just a teensy taste with a couple of paragraphs titled, simply ‘Holiday smells’. She writes…

‘In the garden now in holiday summer, there are new cohorts of scent: dusty and aromatic smells of bergamot, lavender, verbascum, marguerites and milk thistles, which have their own crushed smell. Pink pelargoniums in the pots smell of peppermint and geraniol, balm and balsam. Colossal rain after a dry spell and walking down the wood to the creek the smell is like music, coming in phrases and cadences. It was easier to see and feel the wood with one’s eyes shut; the perception of festering was not there a month ago. The symphony of smell drops into a faecal, feral interlude, sonorous with fungi, a rich broth of leaf and lignum. The walls store warmth; they smell limey, cooled by moss, almost metallic. The hay seed in the open glade kindles a dancing high in the nose. Young kestrels keen above…

… The orchard smells of hay and straw and rank roses and ripening pears. A pungency of mixed herbs steams off the sides of the vertical meadow, the Norman motte, magnified in the hot afternoon: fine wild thyme, oregano, marjoram, fennel, juicy carrot weed and vetches…’

It is almost impossible not to try to conjure up the myriad smells Isabel writes about in your mind’s eye – or should that be, in your mind’s nose…? – as you wallow in this book. And at this time of year when those of us who have even the smallest patch in which to exercise our green fingers are excitedly planning what to sow and plant, we can’t encourage too highly a dip into this, for joyous inspiration.

Because is there a perfume-lover out there who doesn’t garden as much to delight the nose as the eye…?

Categories: Slider, Features, News
Recommended Posts
RECENT POSTS
CHECK OUT:
LATEST FROM OUR SHOP
Follow By entering your email address you agree our blog partner (BlogLovin) sending you emails with our latest blog. You can always unsubscribe. We do not pass your information to anyone else. See our privacy policy.