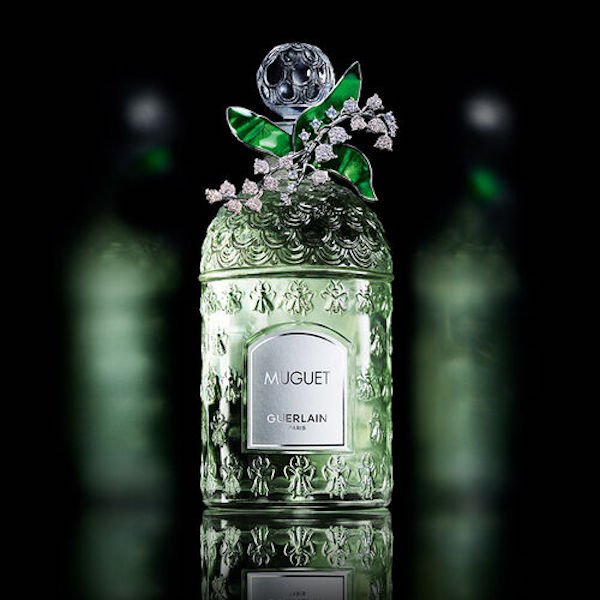 It’s now a much-anticipated tradition that, on the first of May, Guerlain release their exquisite Muguet – a limited edition, beautuifully Bee-bottled fragrant homage to legends surrounding lily of the valley. Indeed, we were so taken with the traditions of exchanging bouquets for friendship, and the new begginings represented by the flower, that eight years ago, we officially launched The Perfume Society on that date!

Regarded as a lucky charm ever since its first introduction from Japan to Europe in the Middle Ages, lily of the valley has become synonymous with the month of May and ‘the return of happiness’. With so many of us perhaps preparing to travel again – planning trips to see loved ones or simply the joy of a holiday – that happiness is expressed in fragrant form, and just so beautifully bottled. Here, Guerlain explain the many lovely traditions around the world surrounding lily of the valley, and why they, too, are so taken with the delicate flower…

A flower of a thousand tales, lily of the valley owes its French name, muguet, derived from musc or muscade (“nutmeg”), a sweetly scented spice, to its delicate, penetrating fragrance. Evocative of springtime, the season of love, muguet gave its name in the 16th century to young swains who spent their time flirting… As for the custom of offering it on May 1st, it was born in 1561, when King Charles IX of France was offered a sprig during a visit to the Dauphiné. He was so charmed that each year, on the same day, he offered lily of the valley to all the ladies of his court. 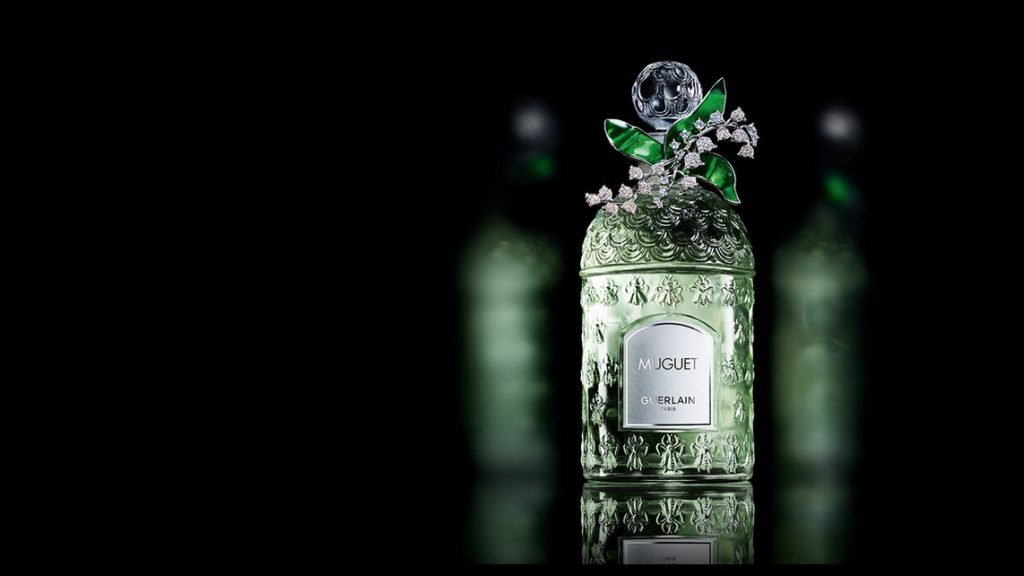 During the Belle Époque, couturiers gave it on May 1st to their seamstresses and clients… Perfumers strove to capture the scent of the fleeting flower. Among the hundreds of tributes inspired by the white bell over the century, one was authored by a young perfumer called Jacques Guerlain. In 1908, he composed the House’s first Muguet, inaugurating a fragrant tradition that has gone on, from spring to spring, for over 110 years. Recreating the lily-of-the-valley fragrance is a genuine olfactory feat as it is known as “mute”. Composed by the Master Perfumer Thierry Wasser, Guerlain’s Muguet takes on green and rosy facets that form a vernal setting for the lush floral materials that enrich his composition: jasmine sambac absolute, rose essence and absolute. At the heart of the bouquet arises the strikingly olfactory illusion of a freshly picked sprig. A true olfactory jewel, to celebrate the rites of spring at its apogee.

It is the most poetic rendez-vous of spring. An encounter of the art of the perfumer and the very best creators flower. The kind of match that only the House of Guerlain could orchestrate. Each year, the new adornment of the iconic Bee Bottle of Muguet is released: the stunning outcome of innovative artistic collaborations. For its 2022 Edition, a delicate sprig of lily-of-the-valley is turned into a jewel, set with glittering crystals by the magicians of the Parisian jewellery studio Atelier Truscelli. 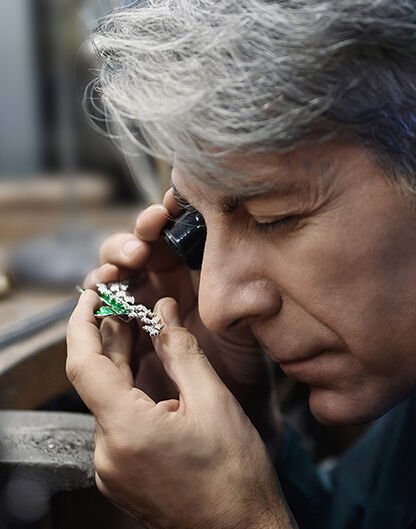 Italian by birth and Parisian by adoption, Francesco Truscelli has been fascinated by jewellery since his childhood. In 2003, he founded his own studio in Paris, where tourmalines, sapphires, turquoises, garnets, aquamarines, pearls are set into shimmering, colourful hand-crafted designs in many different styles. A specialist in one-off pieces and bespoke jewels, Francesco Truscelli still loves, as he did when he first trained, giving a second life to family jewels by redesigning them.

May Day and the heralding of Spring is celebrated in many cultures, but we are especially fond of the French custom of presenting your nearest and dearest with a sprig of lily of the valley. For those that want to go several scented steps further, you’d best not delay. These breathtaking bottles are limited edition pieces for collectors of course – this year there are only 5,000 bottles released worldwide, priced at £540 and available at their Covent Garden Boutique, Harrods, and at Guerlain.com.

Categories: Features, Slider, Just launched, News
Tags: mythology, limited edition, muguet, 2022, Bee Bottle, Atelier Truscelli, Guerlain, history, lily of the valley
Recommended Posts
RECENT POSTS
CHECK OUT:
LATEST FROM OUR SHOP
Follow By entering your email address you agree our blog partner (BlogLovin) sending you emails with our latest blog. You can always unsubscribe. We do not pass your information to anyone else. See our privacy policy.