Patchouli might as well be called the ‘Marmite of the perfume world’ as those of us who fall firmly in the LOVE IT camp have our passionately held views matched only by those who devoutly HATE IT. But perhaps if you have always languished on the loathing side of the fragrant fence, you might have your mind changed by this book we’ve recently added to our Fragrant Reads bookshelves…?

Part of a series of extremely informative ‘naturals notebooks’ on some of perfumery’s key ingredients, written and published in conjunction with NEZ (the French olfactory magazine) and LMR (Laboratoire Monique Rémy – one of the world’s leading producers of naturals used in the fragrance industry); Patchouli is a fascinating read for anyone who wants to take a deeper dive into their favourite fragrance notes. As confirmed patchouli-heads, here at The Perfume Society, of course we had to begin with this one! 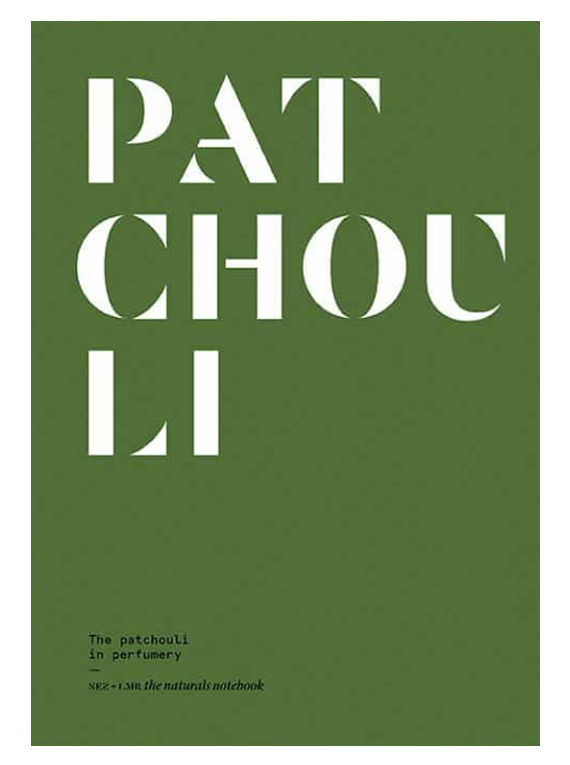 ‘Once seen as a scent favoured by courtesans and hippies,’ NEZ explain (hello, yes, we feel seen) ‘patchouli has become a key ingredient in today’s perfumery. Its warm, woody and complex fragrance provides the perfect setting for fresher notes to run free, especially in chypre and ambrée perfumes.’ (Two of our favourite fragrance families there, so yes and yes again). An easy read, it manages to walk that fine line between interesting snippets of fragrant facts and a more in-depth and technical look at the processes behind how patchouli is produced. Indeed, NEZ say they wanted to ‘Explore every aspect of this exotic plant, from botany, history, art, gastronomy, literature, agriculture and chemistry, to the perfumers who use it and the perfumes they create.’

FYI: If you’re looking to learn more about patchouli, do have a look at our always-useful Ingredients section.

We really enjoyed the quotes from perfumers who adore patchouli – Bruno Jovanovic saying that ‘…if magic had a scent, it would smell of patchouli!’ and describing why he chose some of the other notes he added to his composition of Monsieur for Éditions de parfums Frédéric Malle, ‘To clothe, enhance, envelope the patchouli so it could become a flagship fragrance in Frédéric’s catalogue.’ With diagrams of historical timelines and distillation techniques, along with reviews of key fragrances to try patchouli in, it’s a short but fact-filled book that’s great to dip in and out of rather than read cover-to-cover, perhaps.

Patchouli NEZ + LMR the naturals notebook, £15.99
Buy it from shymimosa.co.uk

Categories: Features, Slider
Tags: history, how to, ingredients, patchouli, reading, facts, books, literature, learn, fragrant reads
Recommended Posts
RECENT POSTS
CHECK OUT:
LATEST FROM OUR SHOP
Follow By entering your email address you agree our blog partner (BlogLovin) sending you emails with our latest blog. You can always unsubscribe. We do not pass your information to anyone else. See our privacy policy.