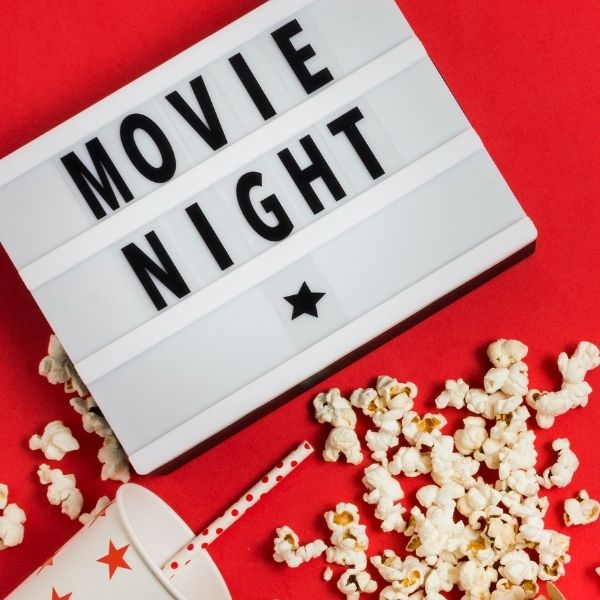 We’ve scoured the internet for this Fragrant Film Club – a curation of some of our favourite perfume-themed movies, documentaries and TV series to watch right now.

So, if you’re about done with Christmas and need a way to fill the weird hinterland between festive or new year celebrations and the return to (whatever will be) ‘normality’ – here’s a scented selection box of fragrant treasures… 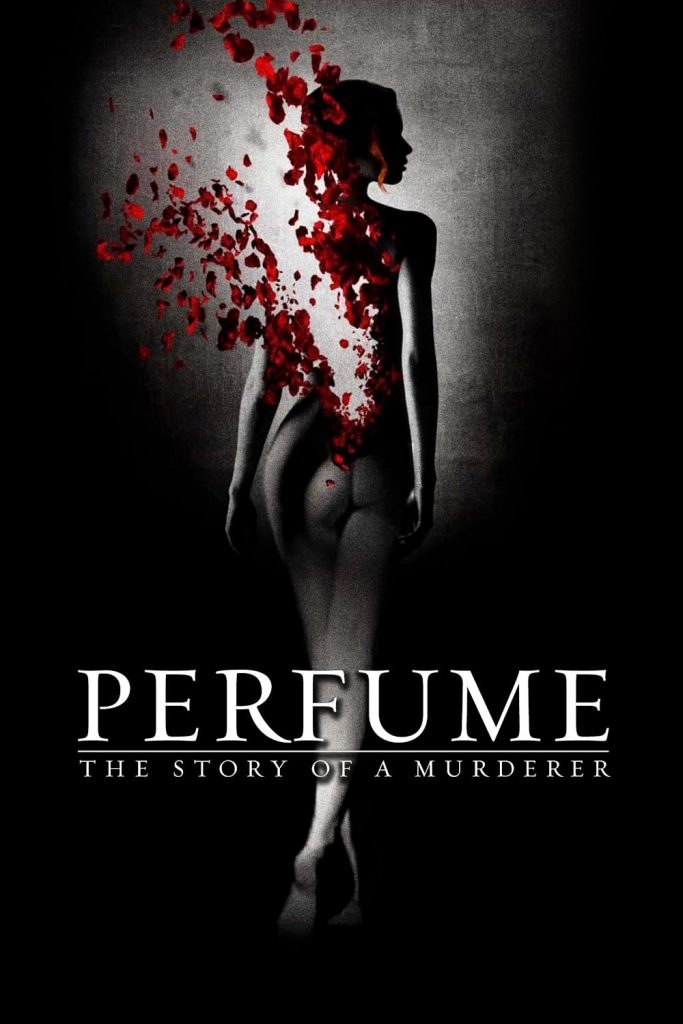 Perfume: Story of a Murderer Amazon Prime: rent for £3.49

‘With his incredible talent for discerning scents, Jean-Baptiste Grenouille (Ben Whishaw) is one of 18th-century France’s finest perfumers. He becomes obsessed with capturing an elusive aroma: the scent of young womanhood. His search takes a deadly turn, and when the bodies of 12 young females are found, panic breaks out, with families rushing to lock up their daughters.’

Based on the best-selling, and now infamous, novel by Patrick Süskind, this is one every fragrance-lover should watch. It’s remarkable not only for being filmed at all (many said the book could never be made in to a screen drama), but for changing the way fragrance was talked about in the media. Stunningly shot, utterly gripping, we of course urge you to read the book first, but do then see this and marvel.

If you’ve already seen the film, have a gander at the made for TV drama loosely based on the premis of the novel, but in a modern-day setting: Perfume (series) Netflix 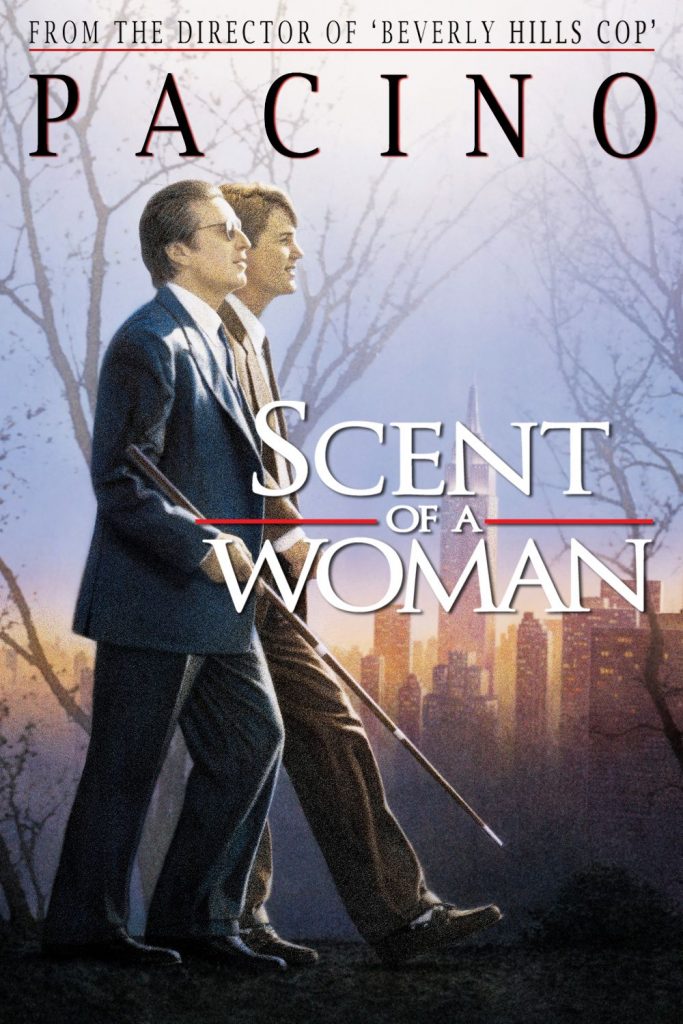 Scent of a Woman Netflix

Telling the story of a preparatory school student who woefully takes a job as an assistant to an irritable, blind, medically retired Army officer, Frank, (magnificently played by Al Paccino) this is one of those films that helped highlight the importance of our sense of smell. In one memorable scene, Frank approaches the table where a woman sits alone, waiting for date. ‘You know, I detect a fragrance in the air,’ he says, ‘Don’t tell me what it is… Ogleby Sisters Soap?’ So, although not a movie about perfume per se, it’s a fantastic performance, and fun to look out for some well-known fragrance names he also detects along his adventures… 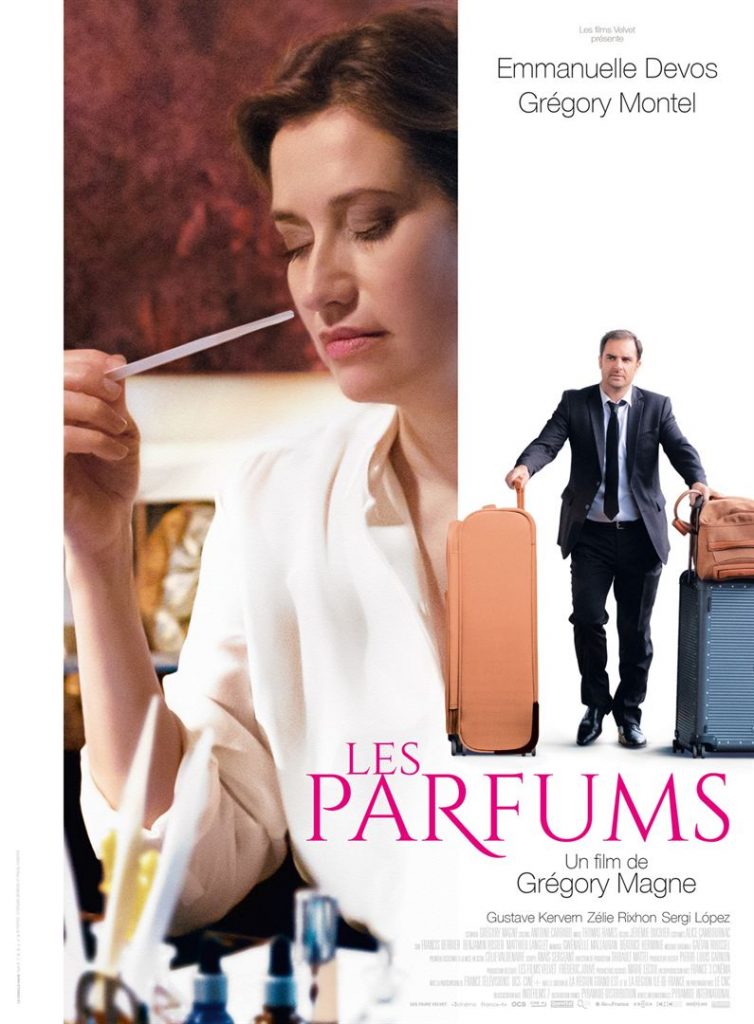 We reviewed this charming film in full, here, but basically it’s the story of a reclusive, once-feared French perfumer and her new chauffeur. Though a gentle comedy, Les Parfums takes a serious (and very well presented) look at the life of a perfumer, and now this subtitled film has a wider release with Amazon, we hope many more of you will be able to see it. Certainly it’s a treat for the senses, and sadly such a rarity to see perfumery explored on screen in this manner. We particularly loved the scene in which Guillaume, the chauffeur, is discovering his newly-acquired appreciation for smell –  in the supermarket, sniffing various shower gels, under the watchful gaze of a bemused security guard. ‘Something quite mellow…’ he says, as the guard shuffles closer, clearly unused to such behaviour in Aisle 5. Delightful from start to finish. 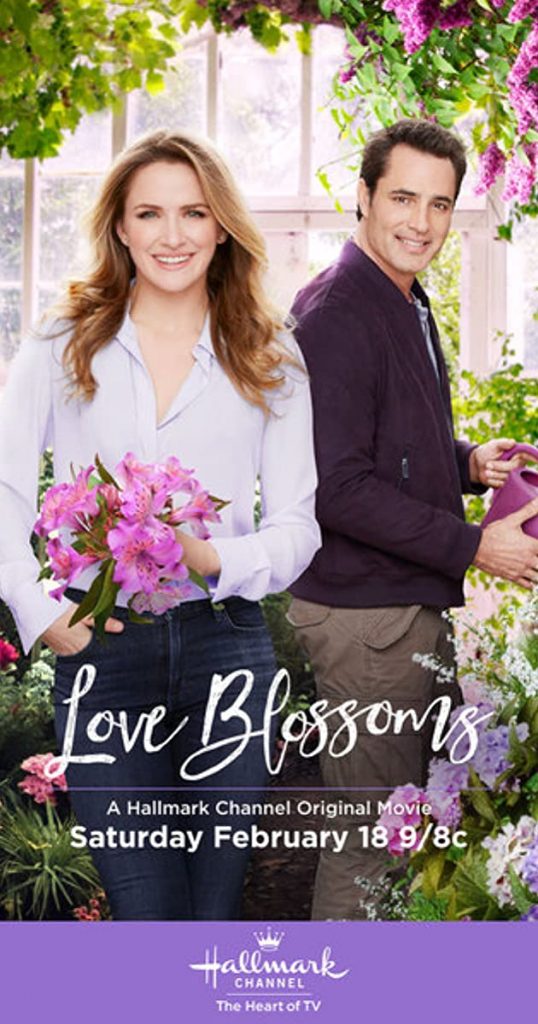 ‘After a perfumer’s death, his daughter works to meet the production deadline for his company’s latest scent, which is complicated by the lack of an elusive ingredient.‘ Now we should really start by saying this a Hallmark movie, and as such has a certain look and feel to it that previous viewers of their oeuvre will recognise. That being said, this is the kind of whimsical film that one can happily curl up on the sofa with while eating your way through an entire tub of ice cream. Just don’t expect Süskind levels of olfactory detail, accept that everyone wears pastel and has perfect hair, and all will be fine. 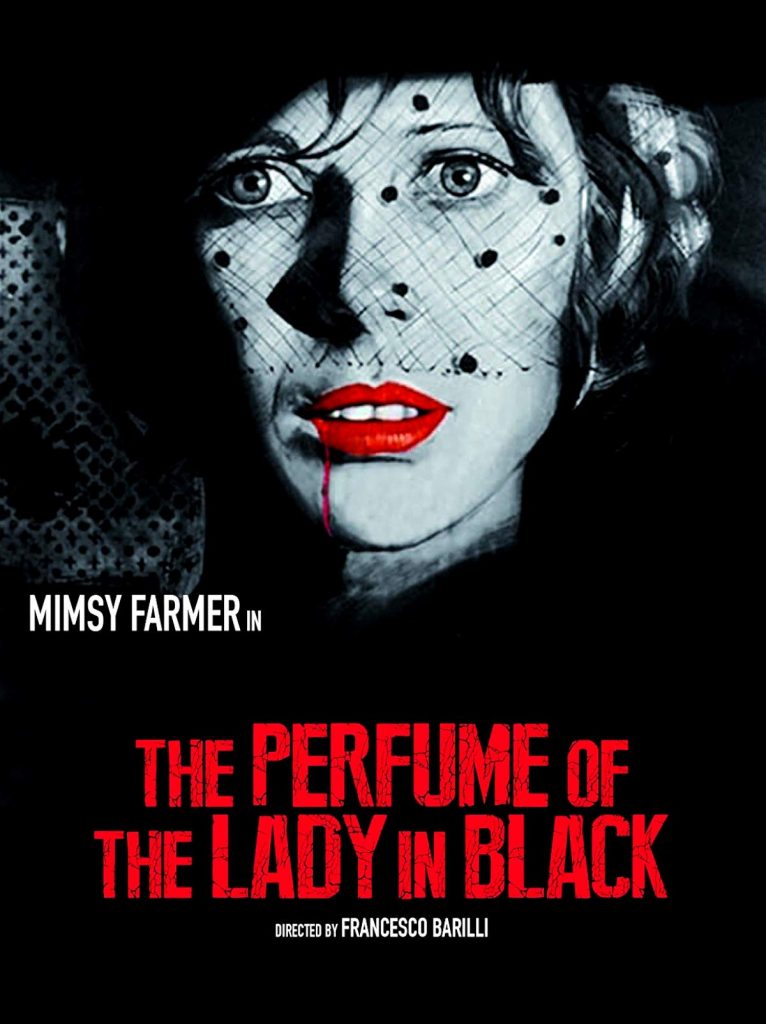 The Perfume of The Lady in Black free with Amazon Prime

We must admit to not having watched this one yet, but it certainly sounds like an antidote to excessive Christmas schmaltz, if that’s what you’re looking for. ‘After her mother dies, a chemist begins to have strange visions of a mysterious woman in black applying perfume in a mirror, and of strangers who follow her everywhere.’ That’s the synopsis in brief, but further reviews reveal that it’s a surrealistic film, also described as an ‘incoherent and inconsistent slice of psychological horror.’ Nonetheless, it’s a plot that sounds intriguing enough to capture our interest, and we very much we get to find out what the mysterious woman in black’s perfume actually is! 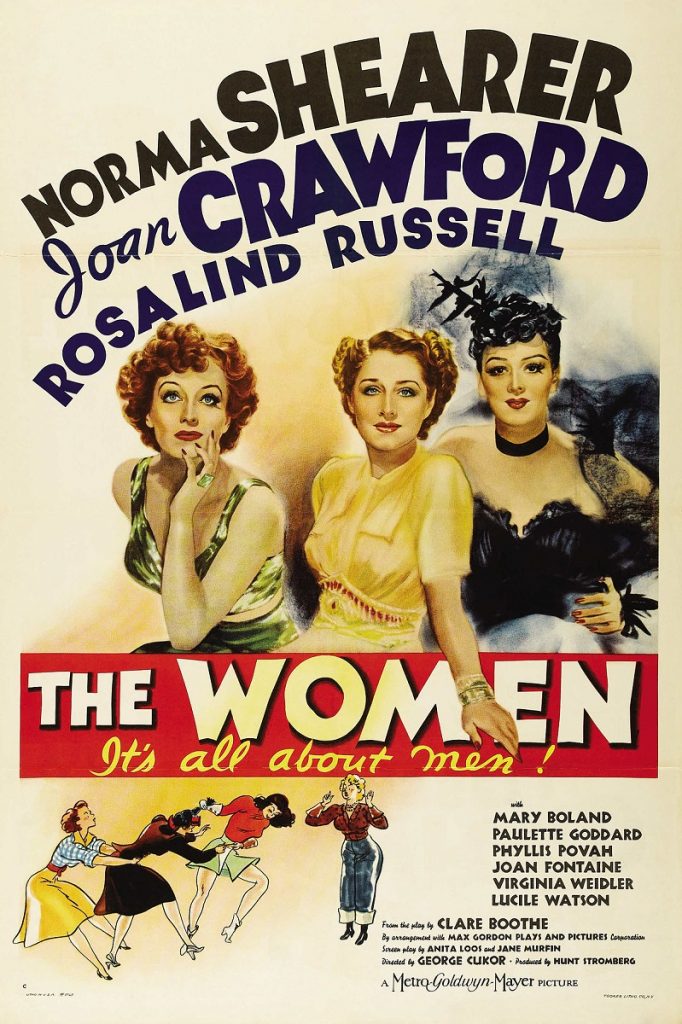 ‘Mary Haines (Norma Shearer) can’t believe her husband’s having an affair with salesgirl Crystal (Joan Crawford). But when Sylvia (Rosalind Russell) and Edith (Phyllis Povah) deliver the gossip firsthand, Mary heads to Reno for a divorce. En route she meets Countess de Lave (Mary Boland) and Miriam (Paulette Goddard), who coincidentally is having an affair with Sylvia’s husband. Once in Reno, the Countess finds another beau, Sylvia shows up for a divorce and Mary plots to win back her man.’

Even though this really only has one perfume-related scene, we’re recommending this one mainly because it’s one of our favourite films EVER. And what a scent scene that is – set in the fragrance department of a classy department store, and featuring magnificently catty lines with Crawford as the predatory perfume counter gal. A stellar cast – made up entirely of women (practically unheard of even today, let alone in the 1930s!) – magnificent costumes and a gasp-inducing sudden switch to full-colour film during the fashion show sequence, make this more than worth your watching (on repeat). 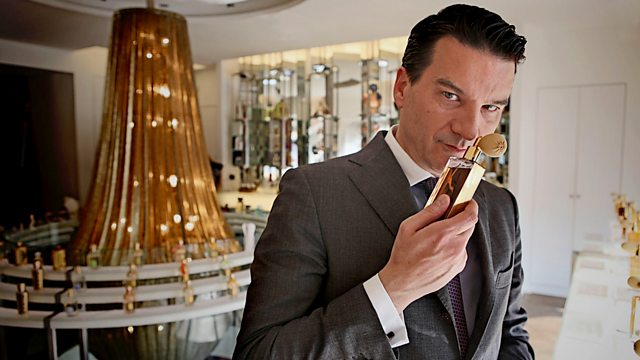 Some years ago, the BBC made a fascinating doccumentary series about the perfume business, taking a deep dive into the creation of a fragrance, the revival of a perfume house (Grossmith) and interviewing perfume personalities such as Roja Dove and perfumers including Guerlain’s Thierry Wasser. Sadly the episiodes are no longer available on the BBC iPlayer website, though they are now available to watch on YouTube: Perfume (BBC Documentary series). 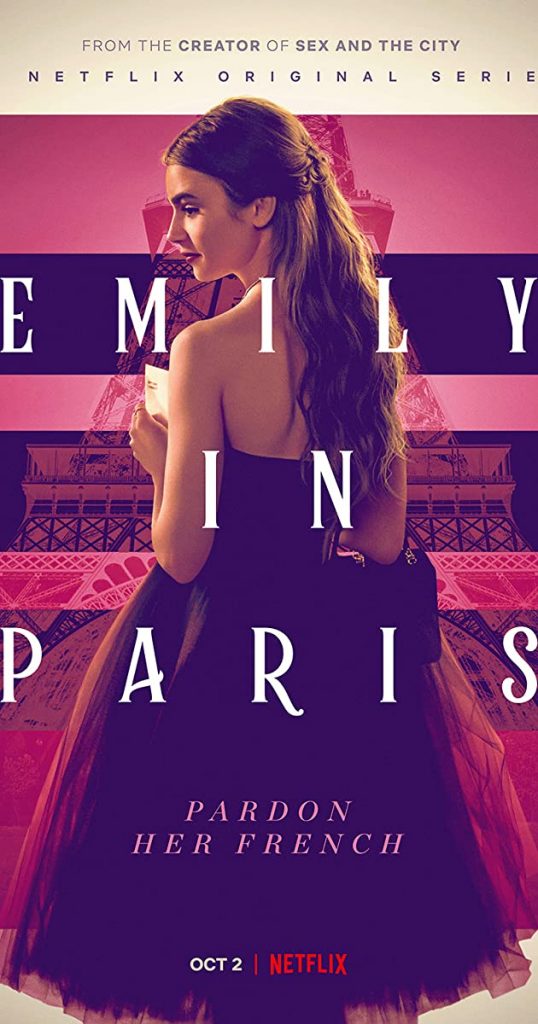 Following a rather gauche… sorry. A ‘driven twenty-something American woman from Chicago, who moves to Paris for an unexpected job opportunity.’ Emily in Paris has seen equal parts love and hate in the many reviews that followed its release earlier this year. Whichever camp you fall in, it’s a lovesong to Paris and HOW we yearn to get that back there as soon as we’re able. And you know what? It’s actually not a bad look at the creation and marketing of a perfume, as we follow Emily’s hapless adventures as she’s ‘tasked with bringing an American point of view to a venerable French marketing firm.’

YouTube is a treasure trove for archival fragrance adverts and wonderful little gems like this Pathé documentary on how fragrance is made. We might chuckle at the Stiff Upper Lip ‘Received Pronunciation’ of the voiceover, but it makes for a still very interesting look at Grasse, French perfumery and the technical side of perfumery still not often shown in such detail to this day. Click above to watch it now! 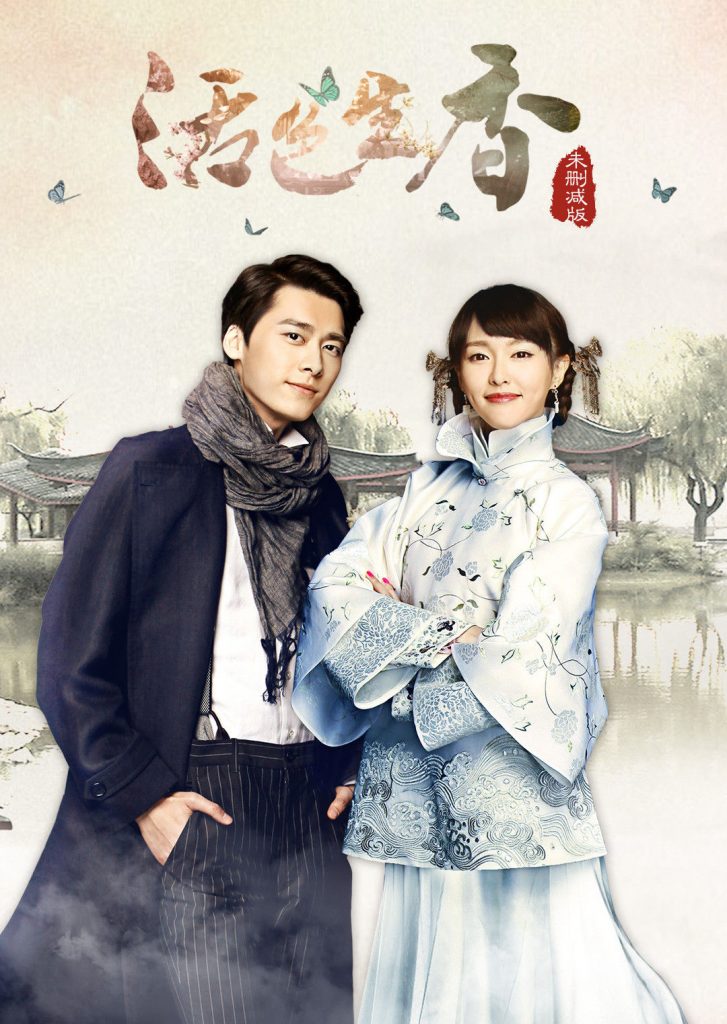 The Legend of Fragrance free with Amazon Prime

Another still on our ‘to watch’ list, this series certainly sounds like it ticks many (perfume) boxes for us… ‘During the Republican era, a family empire famous for making the best fragrances and incense must guard against those who are out to steal their secret recipes. Ning Zhi Yuan is the sweet young master of his family’s fragrance empire. An Le Yan is a determined young woman who is out for revenge against the Ning family. Zhi Yuan falls in love with Le Yan, but she only wants to infiltrate Zhi Yuan’s family to steal a valuable perfume formula. Le Yan’s true heart is drawn toward An Yi Chen, an inspector. But Xiao Hui, the daughter of a Japanese imperialist, is determined to capture Yi Chen’s heart at all costs. Can Zhi Yuan protect his family’s livelihood and his own heart?‘ 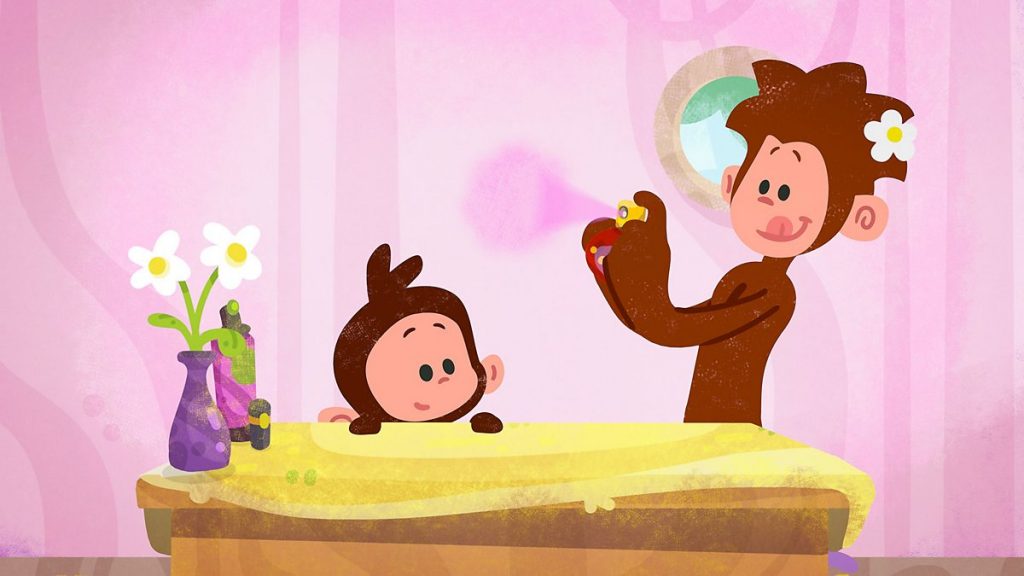 Something for the little ones – perhaps inspiring a new ‘nose’ in your family? – this cheeky little cartoon follows the story of  Mo, who is ‘…upset when Tee accidentally breaks her favourite perfume.’ And indeed she might might be upset! ‘Tee is now determined to cheer her up by making her some new perfume from ingredients found around the house. Lucky Mo!’ Hmm. Well we’re sure that’s all whimsically delightful, but if Tee tried whipping up a batch of vintage Mitsouko from stuff he found around our house, we’re very much afraid he’d be out on his ear (having replaced the bottle and cleaned the carpet, thank you very much!) 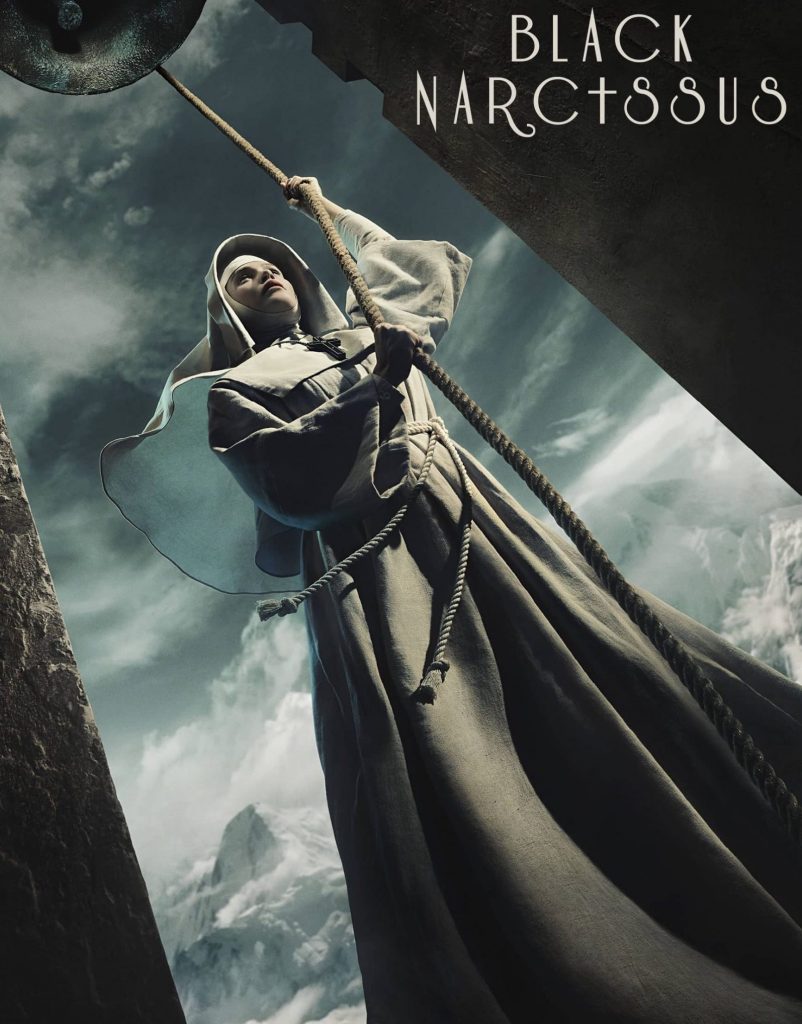 At the time of writing, the new BBC drama series of The Black Narcissus have not yet aired, but you can watch them here when they do (starting Sunday, 27th December in the U.K. at 9pm, with the following two episodes airing in the same slot over the next two nights – Monday 28th and Tuesday 29th December 2020). Based on the aponymous Powell and Pressburger classic 1947 film, Black Narcissus, named after the iconic Caron fragrance and following the intense sensual awakening of a nun who dabbles with such vices as perfume and lipstick; this 2020 version stars the late Diana Rigg (in her last role) among an incredible cast; and promises to be an absolute must-watch.

Fancy even more fragrant viewing? A little while ago, I took a look at some vintage perfume adverts, in which a surprising number of movie stars made their televisual debuts. Or, for those seeking some scented chuckles, why not gawk at these hilarious retro men’s fragrance ads – featuring chaps being spoon-fed in restaurants, a hang-gliding man in danger of being whipped by his own moustache and an impromptu musical set outside a greengrocer’s. Ah, they don’t make ’em like that anymore.

We hope this Fragrant Film Club list provides a fragrant escape for those of you desperately searching for something new to watch – and a chance to re-watch some old faves for those of you who’ve already seen them. Whichever you choose, we suggest snuggling up, staying safe and perhaps locking the door for some blessed moments of me-time…